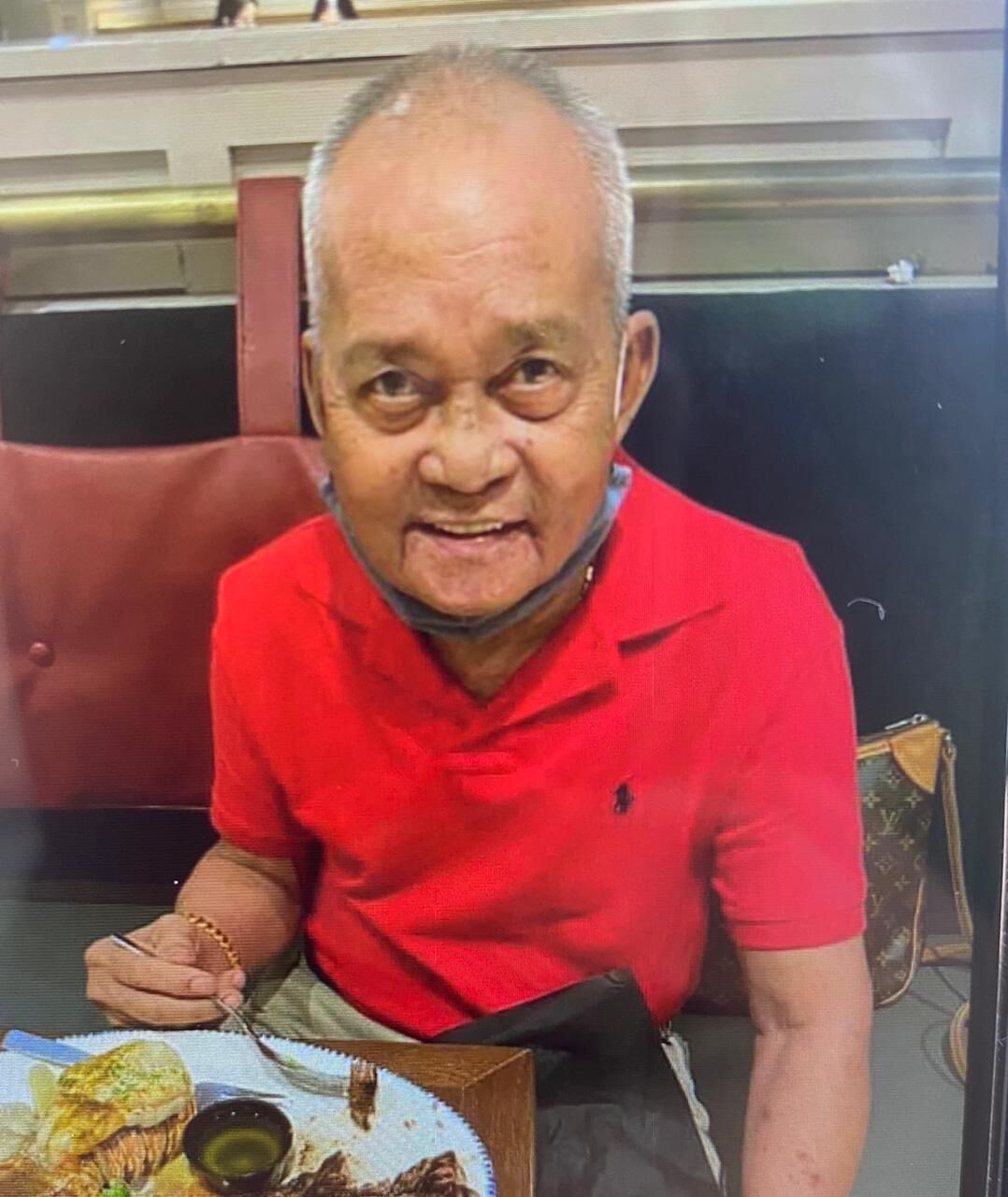 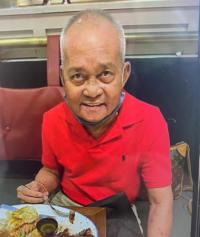 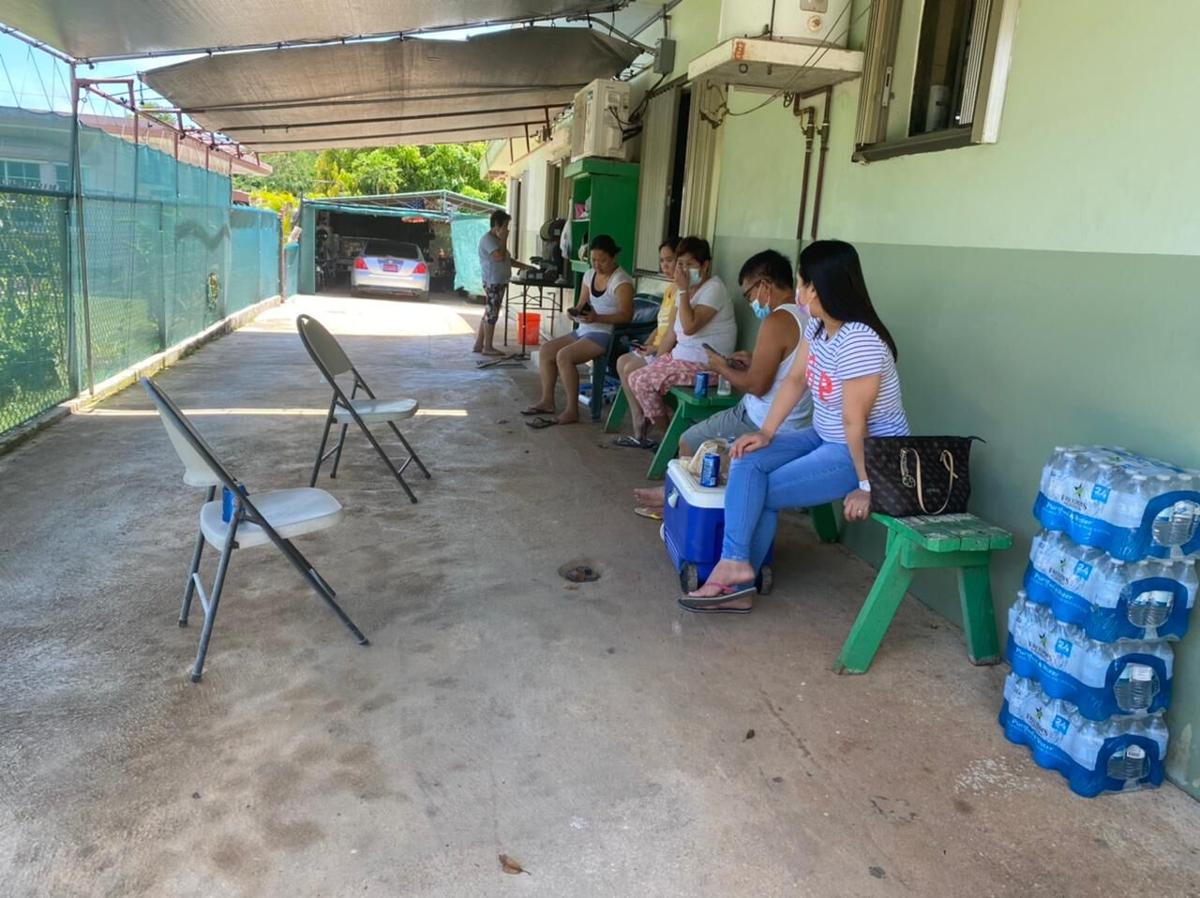 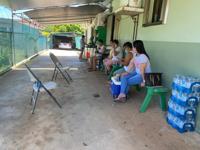 The search for Fernando Canlas, the 71-year-old Yigo man who went missing Thursday, continues this morning.

The Guam Fire Department, which leads the search operation, has moved the command post to the area across the Yigo Church after reports that Canlas may have been seen in the area early this morning, according to acting spokesperson Cherika Lou Chargualaf.

That's the second possible sighting in that general area reported.

Canlas' daughter, Analyn Canlas Gagarin, a nurse at FHP who also is a member of the Guam National Guard, said they had received one report of a possible sighting at about 2 a.m. Friday near the Gresco LP gas offices. The person reporting wasn’t sure it was her missing dad and before he could get close enough, the man was gone.

Gagarin said she and her family are still hopeful that her dad will be found safe and sound.

“I’m still hopeful. I know for a fact that my dad is just waiting for us to help him out,” she said. “My dad is not one to hitch a ride, so he’s still out there waiting for us.

“If you see him or think it’s him, he’s more likely to respond to Andoy or Andy, and not so much Fernando,” Gagarin said.

She said if anyone wants to volunteer to help with the search, call her at 486-5578.

Her dad was last seen around 10 a.m. Thursday after he apparently escaped his wife and daughter-in-law. Canlas is in the early stages of dementia.

“He can still hold a conversation in English and he’ll talk to people,” she said, adding that people don’t have to worry because he’s not violent. She said he’s more likely to run away if someone he doesn’t know approaches him.

She said if any resident sees him to “please call 911 immediately” and to follow him as much as possible until police or a member of the search team arrives.

The elderly man was last seen on Tun Jose Gallo Road, which is behind the Pay-Less Supermarket in Yigo. “Andoy” Canlas weighs about 140 pounds, has a brown complexion and was wearing a white shirt, black shorts and slippers.

Canlas is also battling cancer. Gagarin said he has a colostomy bag, which typically can be seen protruding under his shirt.

The nurse and soldier said her dad, on Thursday, received the IV bag that contains his chemo treatment, which is administered at home. She said on these days, she’ll go to the house to check on him and remove the IV when the treatment is fully dispensed.

However, on Thursday morning, while her mom was in the room, her dad disconnected his IV and ran out the front door. He hopped over the fence to the neighbors and ran out their front gate.

“He saw her following him so he ran into the jungle knowing my mom is scared,” Gagarin said. She noted that her mom and sister-in-law had managed to catch up with him but he managed to push them away and run into the jungle. That was the last they saw of him.

Gagarin said she’s very grateful for the help they’ve received from first responders, her brothers and sisters in uniform, and the community.

Guam Fire Department, Guam Police Department, members of the Guam National Guard, Army Reserve, the Yigo mayors office and civilian volunteers have been helping with the search since Thursday.

“I try to be strong for the family,” Gagarin stated. “We’re hanging in there.”

911 call system should not fail, not even for a few life-saving minutes

At 9:16 a.m. on Thursday, cellphone calls to the emergency 911 system could not go through. Read more

Imagine the young mother feeding her infant and then settling the child in for a nap, as the mom sighs in relief at what she believes is a mom… Read more

Raising Nathan is a journey for a single father

Bart and Priscilla have been married for three years. Both had a very successful career. Bart was a lawyer and Priscilla was a pediatrician. T… Read more