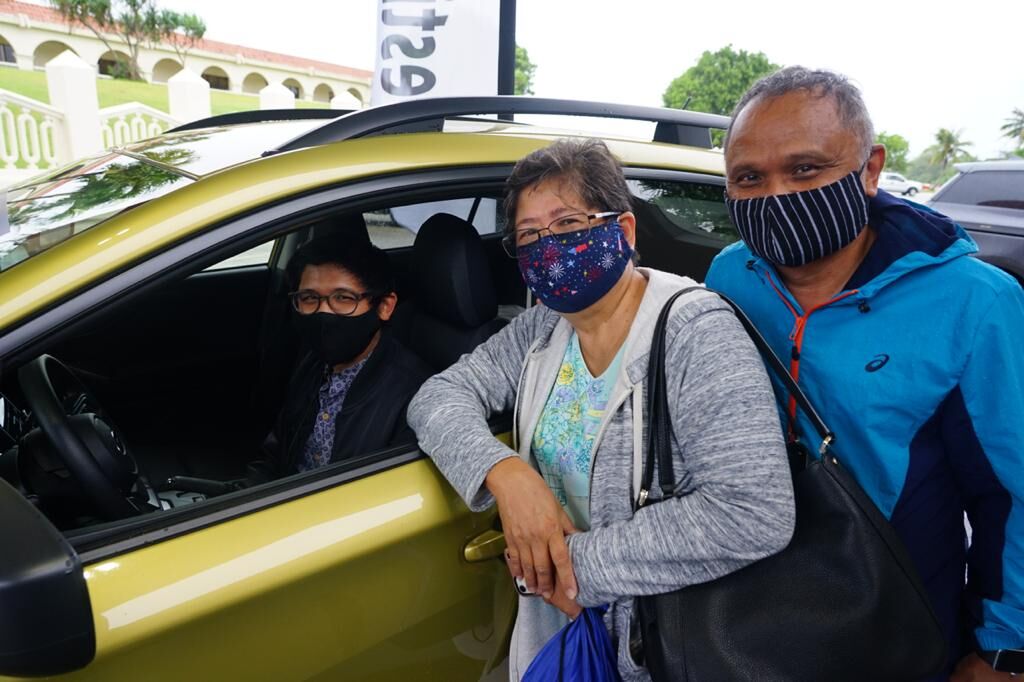 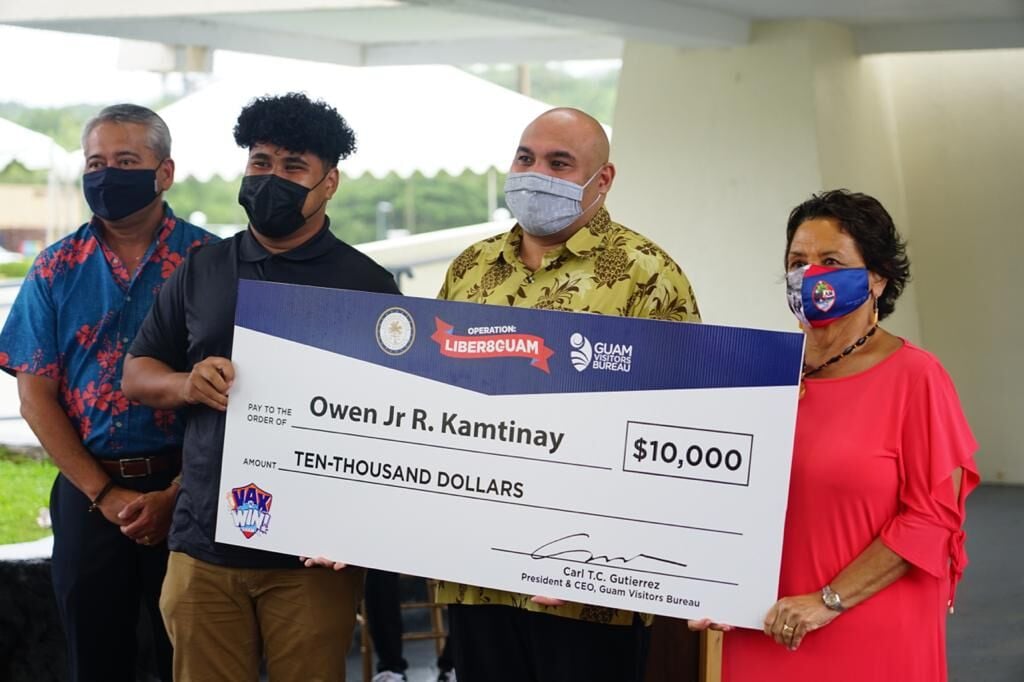 Elijah Soto woke up to his phone ringing, unaware that he had won a brand new 2021 Subaru Crosstrek just for getting the COVID-19 vaccine.

The government created the lottery a little over a month ago with the idea of enticing more people to get vaccinated. More than 100,722 Guamanians have been vaccinated as of Tuesday. Of that, more than 94,000 were adults – the group officials have been counting on to reach so-called population immunity. Guam health officials have defined population immunity as having 80% or 96,031 of the island's adults vaccinated.

To help reach that goal, on Wednesday, the Department of Public Health and Social Services and the Guam National Guard held a Liberation Day immunization clinic at the Micronesia Mall. Officials, as of press time Wednesday night, had not released the number of people vaccinated at the clinic.

The first 500 Guam residents to receive their second shots of the Pfizer or Moderna, or a single dose of the Johnson & Johnson vaccine, received a $20 gas coupon.

"As we remember our liberation, I thank you for choosing to get the COVID-19 vaccine today. We at DPHSS are saying 'thank you' for helping towards ending this pandemic," said DPHSS Director Art San Agustin.

He said his department is working with other community partners to continue offering incentives to encourage COVID-19 vaccinations beyond July 21.

Soto, a father of two, showed up at the Ricardo J. Bordallo Governor's Complex at Adelup on Wednesday morning for the sixth and final Vax N' Win drawing still not quite knowing what he won.

It wasn't until Gov. Lou Leon Guerrero announced Soto would be driving away with the ownership papers for his new car, valued at $21,995, that he realized what his entry to the lottery meant.

Soto, who works as a structural engineer, said he got the Pfizer vaccine in February at Guam Memorial Hospital with the idea of keeping his family and friends protected.

"When I got my first dose, I only felt a sore arm. When I got my second dose, I felt chills. It seems to be typical of people who take their second dose that they tend to feel more symptoms, but after, I felt fine," he said.

His parents, Alex and Annie Soto, arrived at the ceremony at Adelup before him to watch their son accept his prize.

"We were more excited than him," said Alex Soto. "We are happy for my boy."

The couple said they followed the strict guidelines over the past year to keep their loved ones safe, and have been vaccinated as well.

"We are here today because of a lot of people heeded the governor's drive for vaccination, and let's continue to do that," Alex Soto said. "This island is very blessed and fortunate to be where it is right now compared to other countries where the vaccination is really low and people are quite resistant to it. I hope it's clear now that the reason the restrictions are kind of easing up is because of the vaccination record that we have."

When asked the first errand they have for their son now that he has a new ride, both side with laughter: "Eat out!"

A total of 62,585 entries were received during the Vax N' Win drawings over the past several weeks.

Owen Kamtinay was the other big winner of the day, taking home the $10,000 grand prize.

• Charlie A. Sanchez: Two-night stay for four in a Superior Plus room at the Pacific Islands Club valued at $543.60