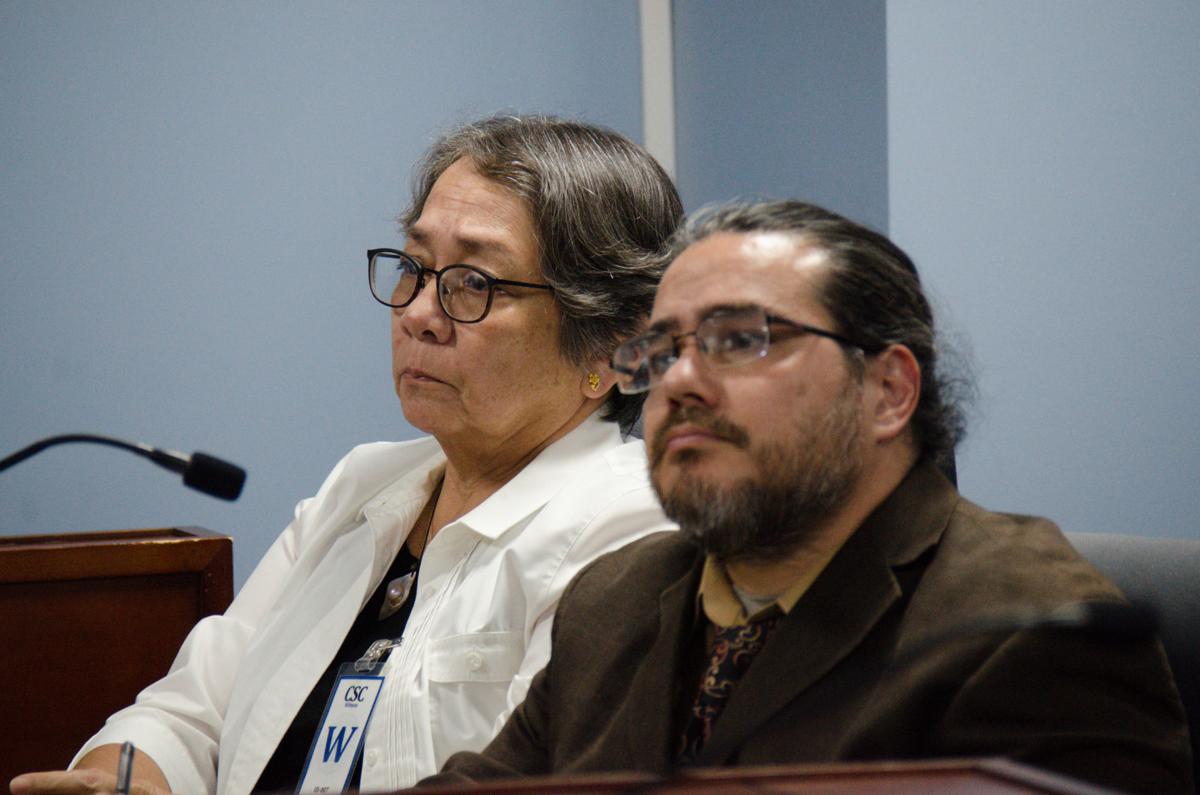 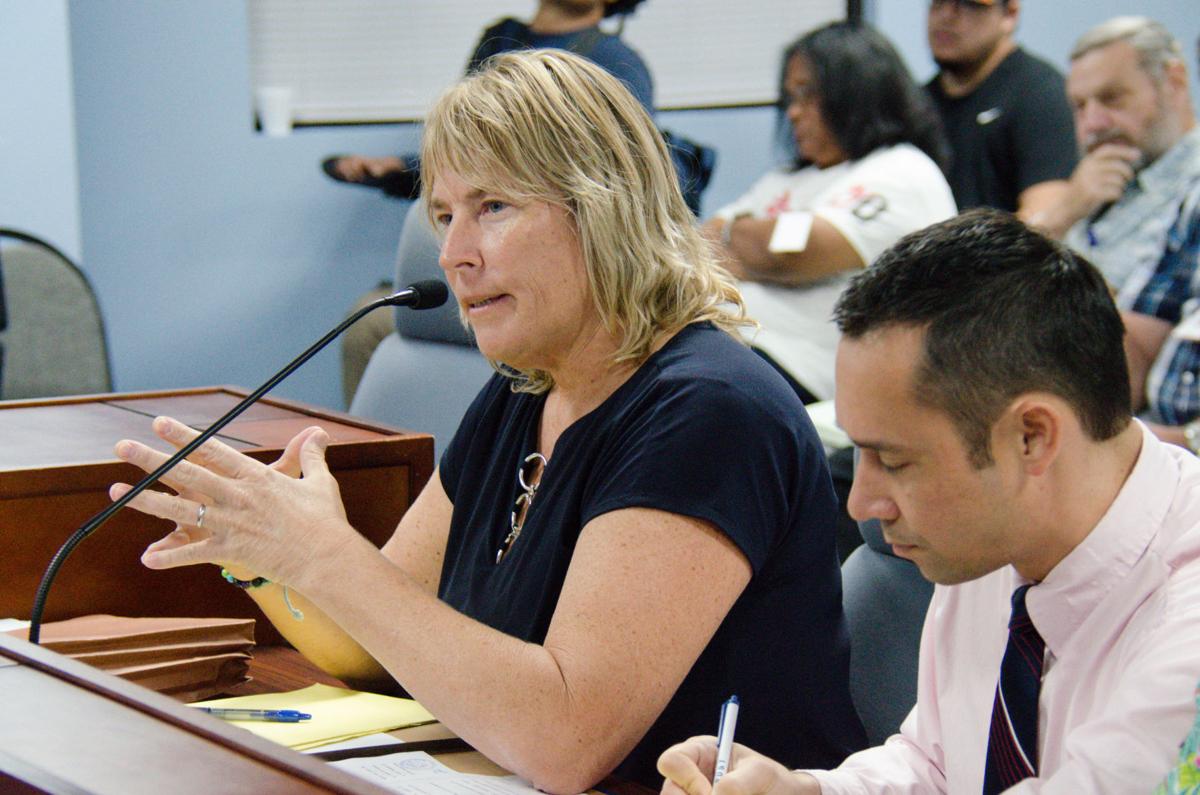 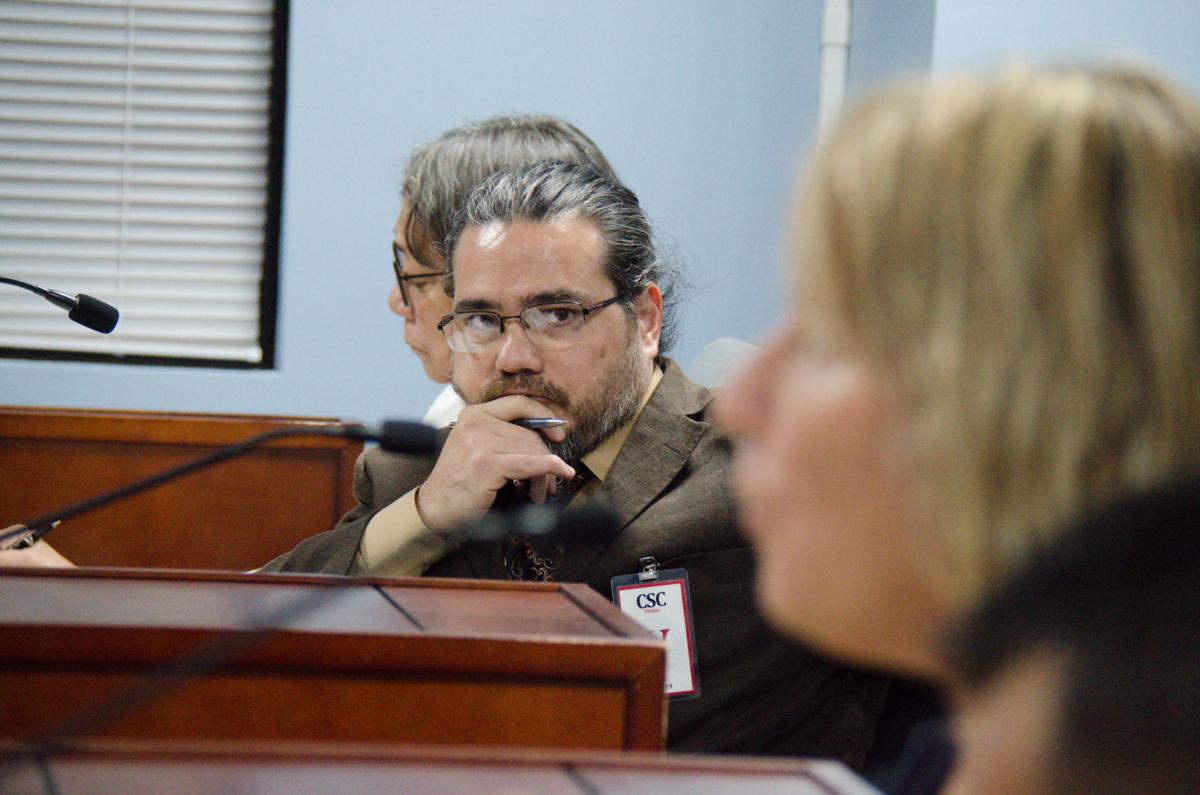 The decision drew sudden cheers and applause from Lynda Aguon's supporters, who had been waiting anxiously within the hearing room at the Civil Service Commission on Tuesday.

CSC Chairman Juan Calvo issued the statement: "Management failed, the decision is the employee prevailed in this case."

Although Aguon won the case, it's unclear at this juncture whether she'll get her job back right away. Typically, the standard set of remedies for employees who prevail in CSC cases includes reinstatement, backpay, and reasonable attorney fees.

Prior to this, CSC Administrative Law Judge Eric Miller recommended affirming Aguon's termination from her position as state historic preservation officer, due to cases of insubordination.

The parties - the Department of Parks and Recreation and Aguon - argued their cases before the commission Tuesday night.

But commissioners failed to gather the four votes needed to come to any one of three decisions on the case: either modify the administrative law judge's recommendation, reject it, or accept it.

The four-vote requirement is in law as part of CSC's regulations on quorum. There were only four commissioners that attended Aguon's hearing Tuesday night: Emilia Rice, Priscilla Tuncap, Anthony Benavente and Calvo. Vice Chairman John Smith was absent.

The commission recessed briefly after none of the three options gathered all four votes. Upon returning, Calvo stated that due to no affirmative vote on any option, management had failed their case.

However, Calvo said the issue is final and none of the options got the four votes needed.

The government can still appeal the decision at the courts.

Aguon was terminated in June 2019.

She was accused of retaliating against or belittling staff, and unauthorized use of a government vehicle, including the use of a vehicle to get lunch at Chamorro Village.

Despite numerous allegations, the ALJ determined that only a couple, but still serious, cases of insubordination warranted termination.

Lawrence, during the hearing Tuesday night, said Aguon was a liability to the government because of her actions toward co-workers.

"Management had to terminate her in this case. Imagine if they didn't. These employees could sue the government. They could say, 'Management, you knew.' They were afraid of her. She wouldn't listen to them. She called them names. She retaliated against them and she admitted that she did that," Lawrence said. "Nothing short of termination is warranted in this case."

Attorney John Bell, Aguon's attorney, said his client was unfairly terminated for what amounted to, at worst, "minor instances of insubordination" and that management had failed to establish its burden.