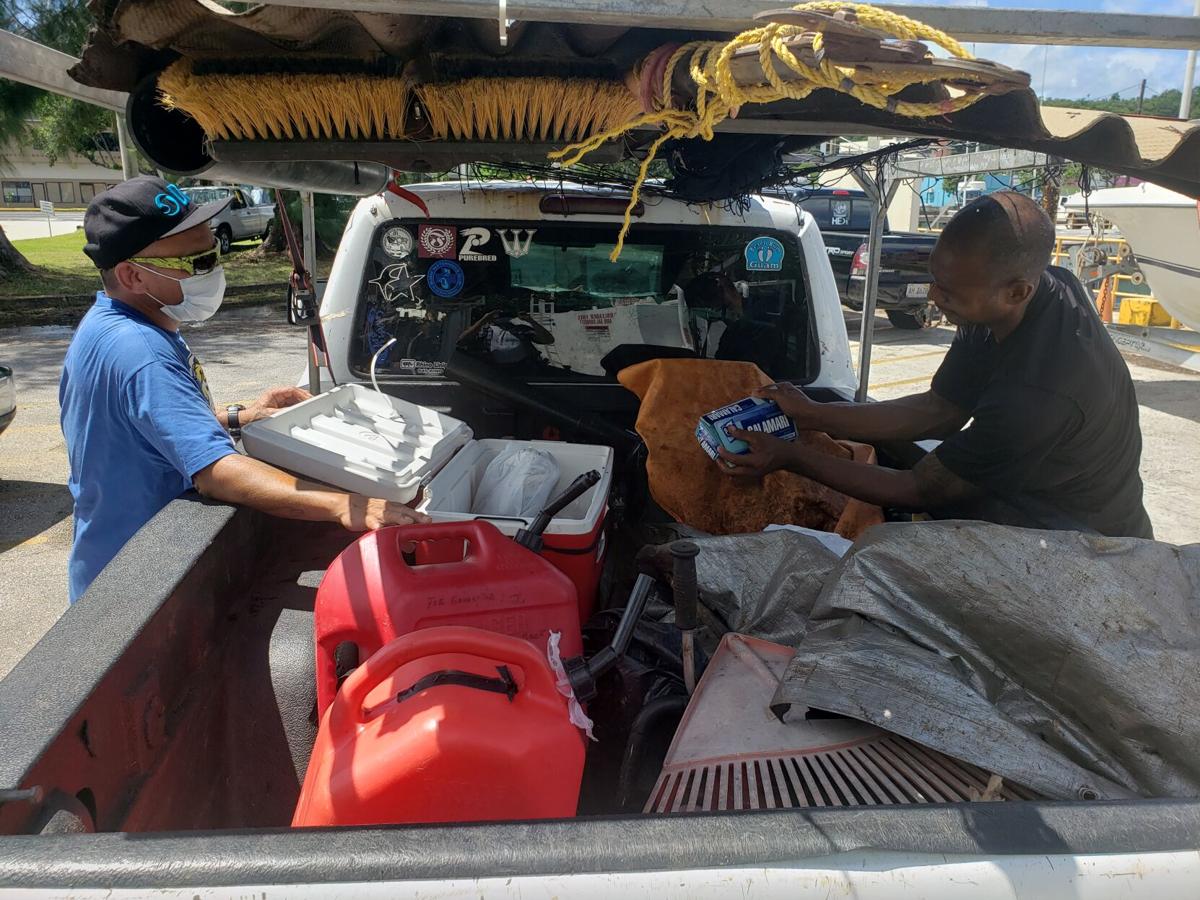 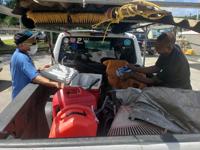 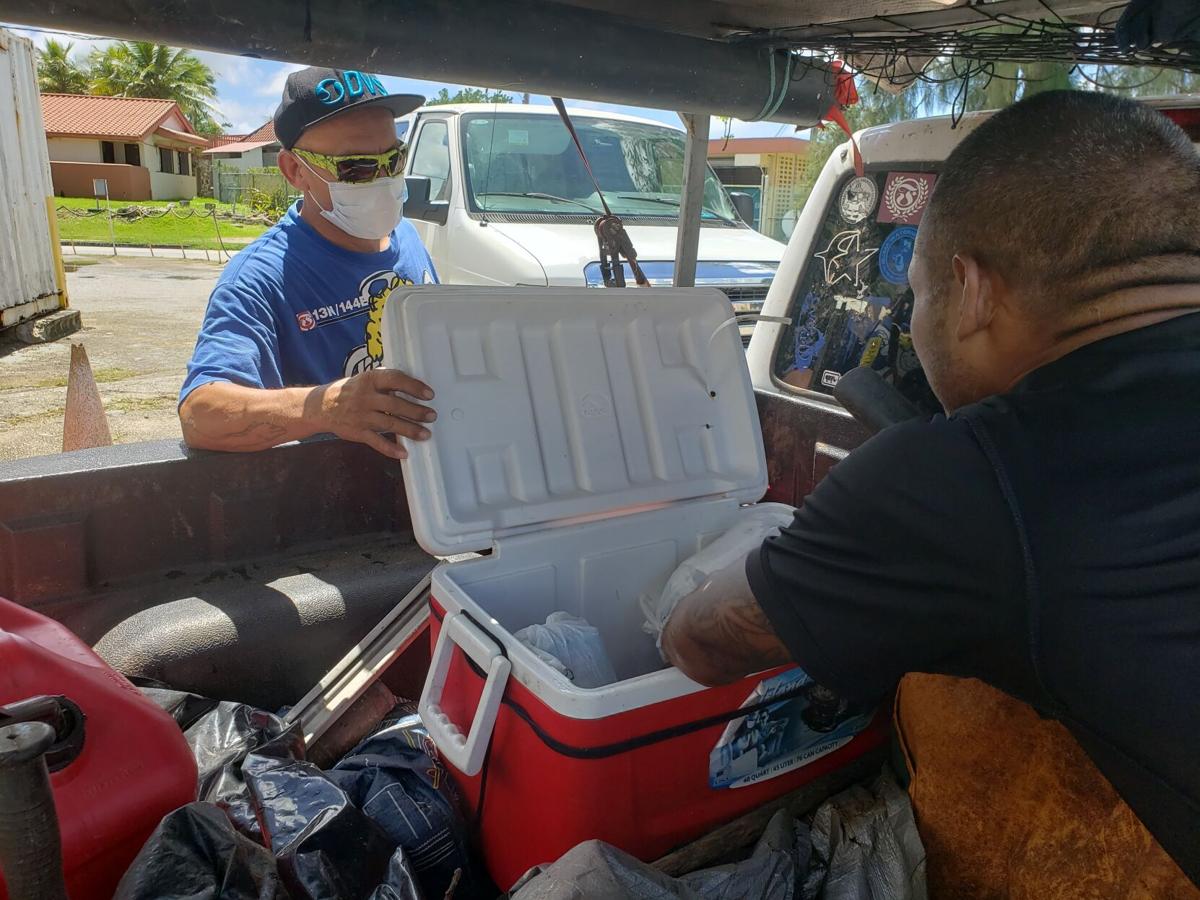 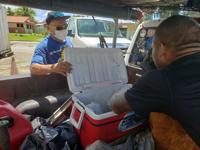 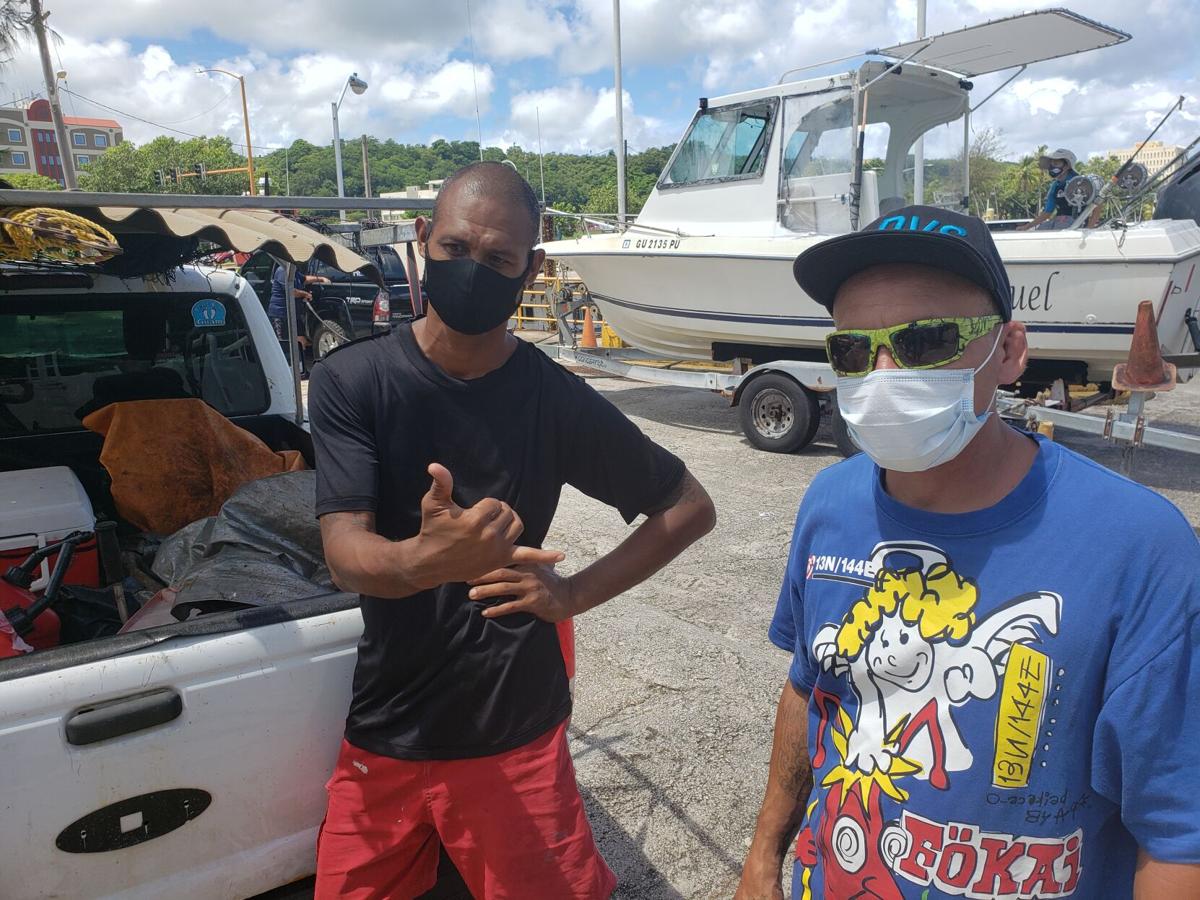 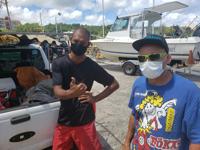 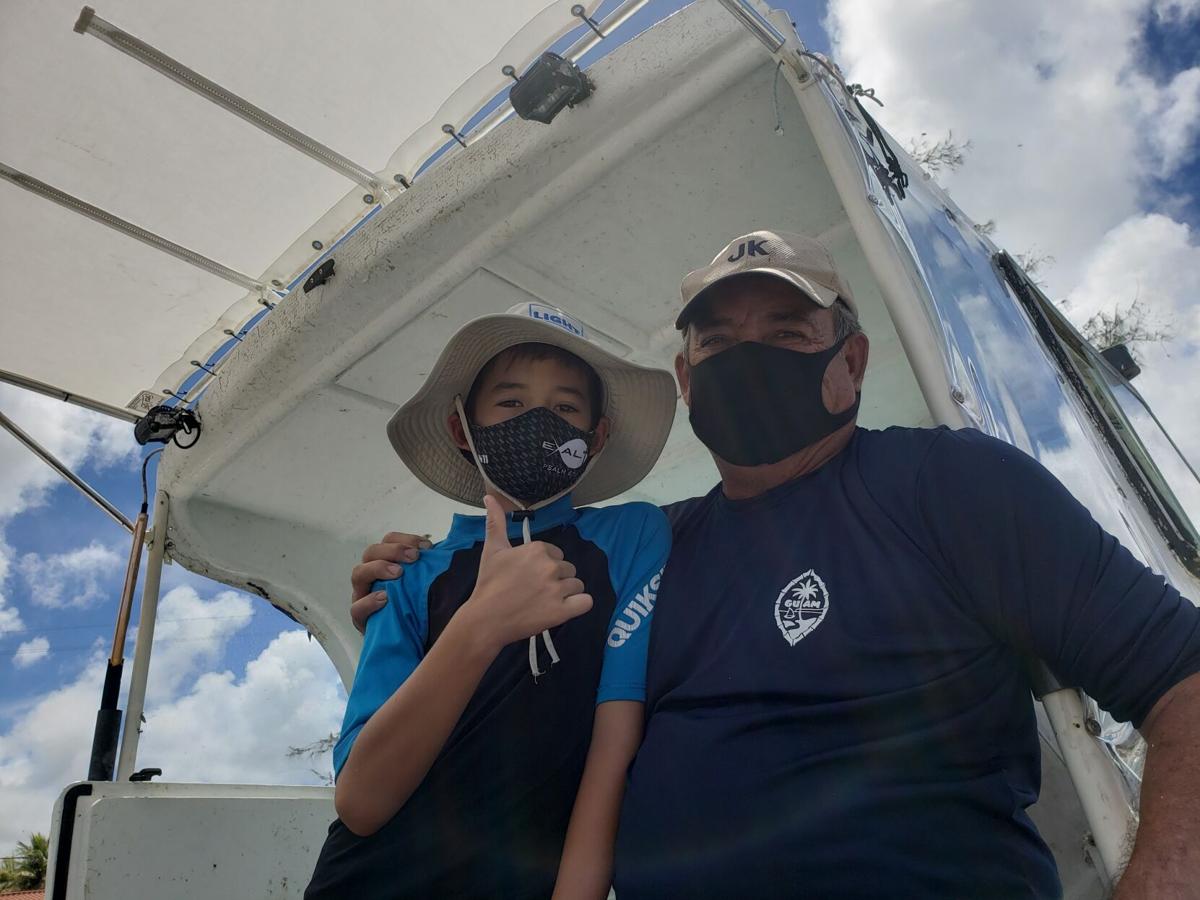 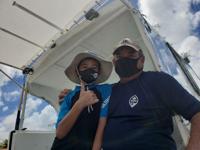 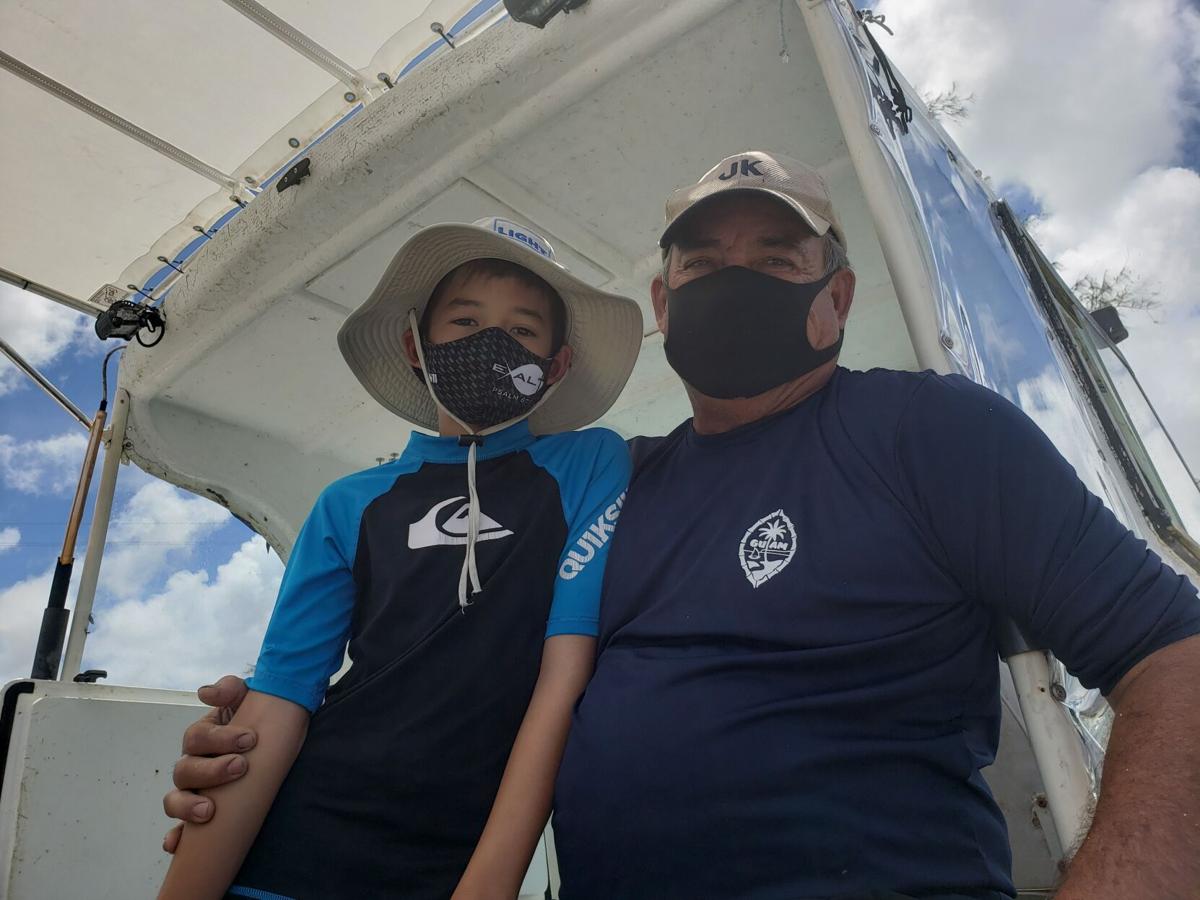 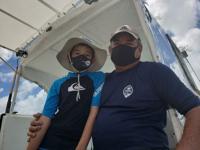 Ken Concepcion and Mariano Torres busily packed their equipment into a loaded pickup truck late Friday morning, preparing to leave the Hagåtña boat basin after having spent the early morning fishing. Concepcion had just made a $27 sale at the Guam Fishermen's Co-op. It was his second sale for the week. On Wednesday, the last time he'd gone fishing, Concepcion managed to make about $60.

"That's $30 for gas ... then you got the bait, the ice and drinks. It comes down to just break even or at a minus," Concepcion said.

Fishing has essentially become Concepcion's main source of income since he was furloughed from his job at the Sheraton Laguna Guam Resort. It has proven difficult, however, as pandemic restrictions have made selling his catches more challenging.

Smaller markets are no longer as easy to sell to, since a lot of them have shut down, either due to safety concerns or financial issues, Concepcion said. There's also competition from other fishermen to consider. Concepcion said he counts himself lucky that the co-op is still buying.

'Either eat it or sell it'

That's changed with the shift back into Pandemic Condition of Readiness 1, he said.

"Now they're not doing that, because everybody should be staying home," Concepcion said. "We want to be respectful and cautious for the public with this COVID-19 going on, but if I'm not working at the Sheraton, then I just try to catch fish that I can. Either eat it or sell it. Of course, I try to sell it first."

The co-op appeared somewhat busy Friday morning as a few customers shuffled inside to leave with a bag or two of whatever seafood caught their eye. But Manny Duenas, president of the Guam Fishermen's Cooperative Association, said sales have dropped to about 50 to 75 customers per day, when 300 was the norm before COVID-19.

The shift into PCOR3 earlier helped somewhat, with sales climbing back up to about 60% before current restrictions were set in place, Duenas said. The greatest drop was at the start of the pandemic in March, when sales dipped to 25%. While there has been some uptick since then, the tourism that the co-op and the majority of Guam rely on has remained nonexistent.

"The thing is, my employees need to get paid and the facilities have to be occupied," Duenas said. "I feel sorry for these hotels. They may shut down for the rest of their life because they're deteriorating."

Michael James, a co-op board member, attended to his boat with his grandson, 9-year-old Kal-El Ada, as they prepared to enter the water just before noon. James, who is retired, also said fishing has been more challenging. Fishing is expensive in itself, he said, although the co-op does help. For example, he is able to exchange his catches for fuel for his boat.

"I fish so I can buy the things I need, and it helps me sometimes to get extra income," James said. "We always need extra income," he added, laughing.

Concepcion said he also does some landscaping work, although that hasn't been too fruitful, either. His wife is now the main breadwinner for their family, but she is also facing furlough.

"For my wife now, her main concern is our health insurance and making sure everything is up to par when it comes to our insurance. Because if we do get sick, we can't pay out of pocket," Concepcion said. "I'm trying to do stuff around the house and still make money for myself, because all her money goes to bills and this and that. What I need to do for my fishing and equipment, I've got to get on my own. I try not to ask her for the money."