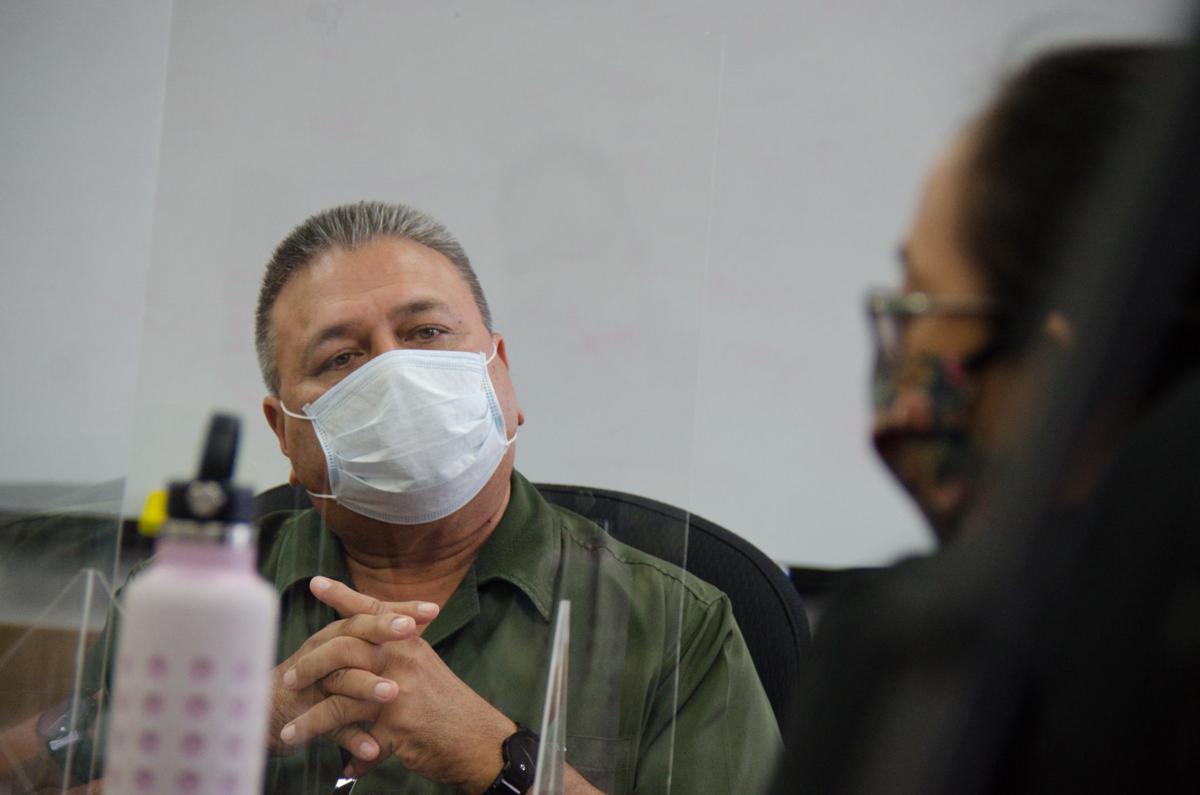 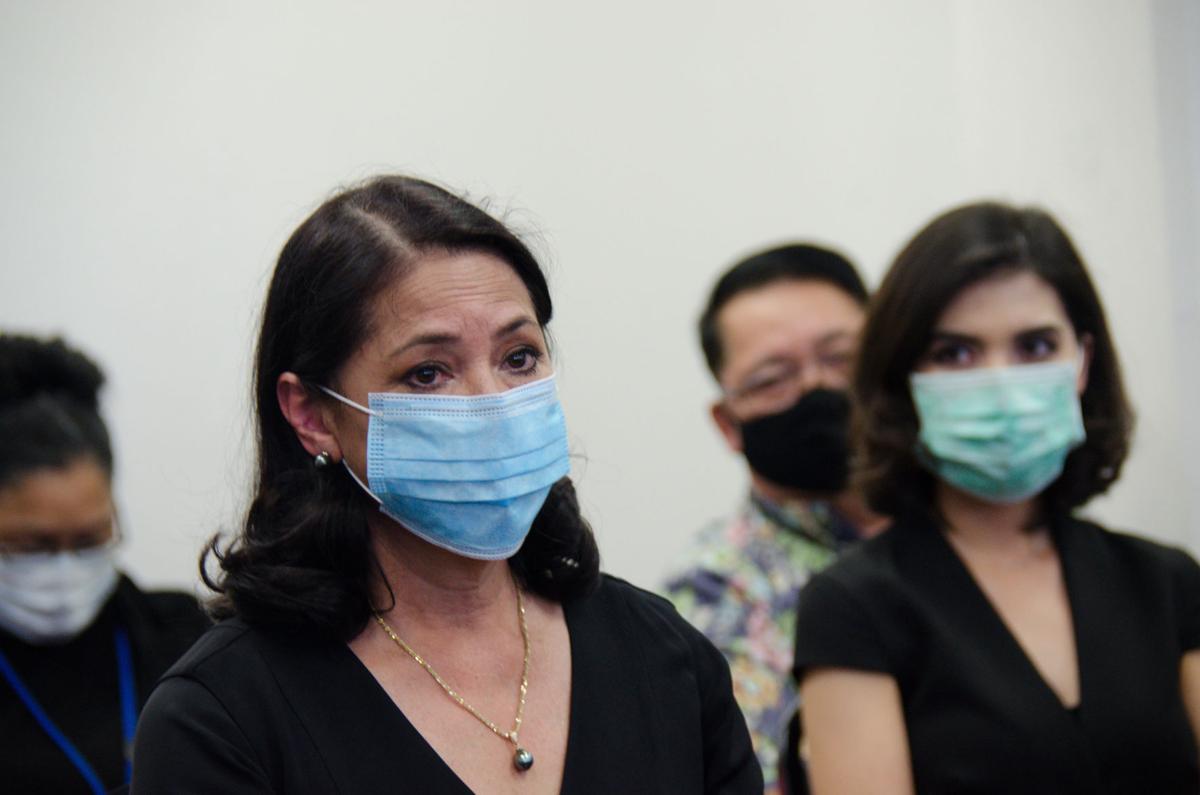 Attorney Michael Phillips, former legal counsel to the Port Authority of Guam, is challenging the assertion that his office racked up $7 million in costs fighting the "Port 7" cases.

The Port board on June 25 authorized Deputy General Manager Luis Baza to proceed with settlement agreements involving four of the remaining individuals who were terminated over a disputed workers compensation claim by former marketing manager Bernadette Sterne Meno. The move is anticipated to close the book on an eight-year saga that has wrapped the Port in controversy. Baza's memorandum to the board states the Port paid former legal counsel $7 million to repeatedly pursue appeals in these cases.

"While under the misguidance of the former legal counsel, the Port paid him more than $7 million to fight cases he already knew, based on executive session minutes, were technically deficient and has run up a huge liability for back wages to seven falsely accused employees," Baza stated.

While not named, Phillips served as the Port legal counsel for years and oversaw much of the history behind the Port 7 cases.

But that $7 million figure, according to Phillips, is "absolutely fabricated." Legal costs began increasing as his firm tackled more issues, such as the Guam YTK case, as well as procurement and human resource matters, but the Port 7 cases were a fraction of those costs, Phillips added.

"Even if you included all of that, we never made that amount of money. If they're saying anything like that, that's all fabricated. Absolutely fabricated," he said.

A 2015 Public Utilities Commission docket on Port legal services indicated that the Port expended an average of about $70,000 per month on legal costs. This amounts to $840,000 per year, or $6.3 million over 7.5 years, the time the Port has pursued litigation on the Port 7 cases, although this would apply to all legal issues and not just the Port 7. One major legal case fought for years by Phillips' law firm resulted in the lifting of a Port liability of $14 million to $17 million related to a dispute with a failed fisheries business over the Hotel Wharf lease.

While this contract was for 2015 moving forward, Phillips also represented the Port between 2011 and 2015.

A January 2014 ALJ report noted that this prior contract with Phillips' firm was amended to remove a $499,999 cap on legal fees, but also that the attorney general at that time approved the amendment, and that the terms of the contract were not unreasonable considering the legal costs for similarly large agencies.

The Guam Daily Post requested documentation supporting Baza's $7 million figure for the Port 7 cases. Port General Manager Rory Respicio told the paper to ask Phillips to prove the legal cost was not $7 million, and said the Port stood by the amount "that he’s been paid under the legal services contract."

"In fact, some of the allegations were that the billings were illegal and even contained the very serious accusations of potential bill padding, and even billing for more than 24 hours in one day," Respicio said.

These issues are before the attorney general and other bodies, and because of the seriousness of the accusations, the Port will be exploring its options on the matters, he added.

"We will be requesting the attorney general’s office and the public auditor for their immediate review to ensure that all laws and ethical guidelines were followed and that the money paid under the previous legal services contract was properly expended in the best interest of the ratepayers of Guam," Respicio said.

Sen. Mary Torres, who served as general manager of the Port before her dismissal in 2012, brought up many of the billing concerns. The Port contacted her last year as it reviewed the Port 7 cases. Torres' statements cover in large part the bill padding allegations and other concerns with Phillips' billing practices.

In 2013, then-Vice Speaker Benjamin Cruz requested billing information from the Port on legal services in 2011 and 2012. He compared those invoices with independent audits done on the same years.

Cruz found a $371,000 discrepancy between the audit and billings for 2011, although he indicated it could be due to the Port switching firms in the middle of the year. The invoices indicated legal fees of nearly $74,000, while the audit found costs were at $445,000 in 2011.

The settlements with the four remaining Port 7 employees is expected to cost about $1.8 million, but is intended to be paid over time.

Baza's memorandum states that the Port pursued litigation against the Port 7 for 7-1/2 years, and each time, the employees continued to prevail.

Phillips called that a "blatant lie."

"Except for one case, we won every single appeal and I think we won probably 80% or 90% of them at every stage," Phillips said. "Every single case except for one."

Joe McDonald, the Port's most recent counsel, left in late February. While the Port and the Office of the Attorney General have entered into a memorandum of agreement for services, the AG has not represented the Port in any Civil Service Commission matters, and procurement for legal counsel is ongoing.

"I informed the board on the record that they needed a litigation firm and in my opinion no one attorney could handle all this work. (Respicio) proposed just a staff attorney and he came on board and quit right after a deputy general manager resigned. It’s been months now, there is no reason why the general manager could not have secured legal services to protect the Port," Phillips said.

"Without an attorney personally familiar with the cases and able to explain the law involved in each individual case, it is very reckless to just say 'let’s settle' and when the facts and law of each case are misrepresented and the alleged attorneys fees are exaggerated by over 100%  – someone needs to hold those participating in this responsible," he added.

The margin between the Port Authority of Guam losing money or turning a profit is small.