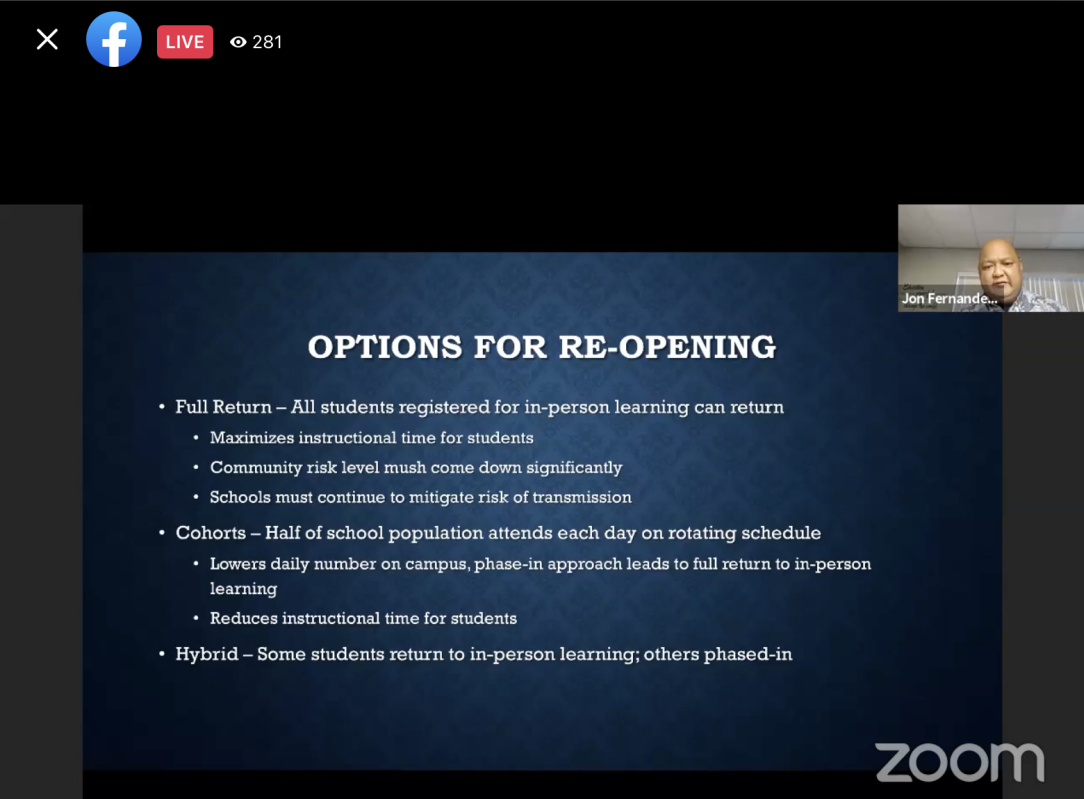 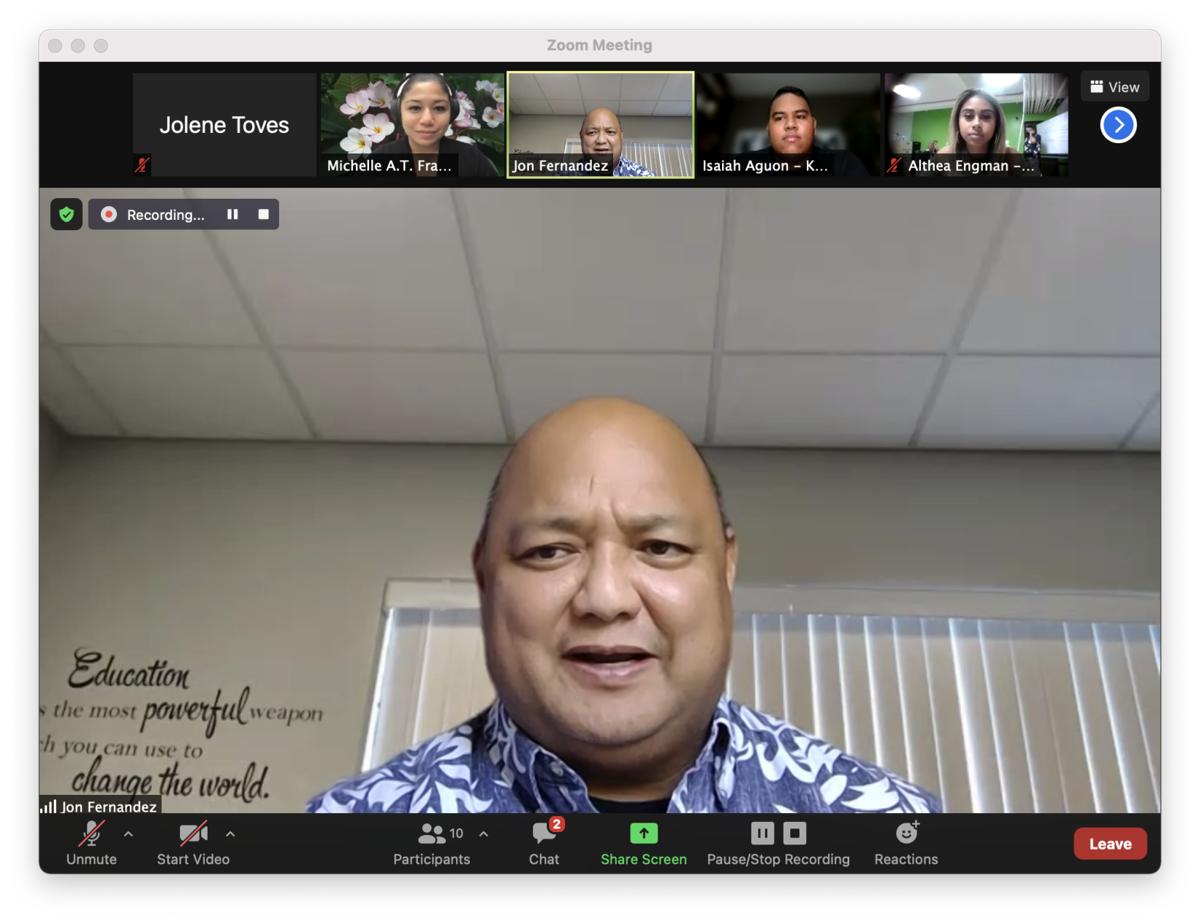 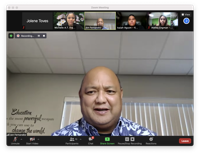 More than 300 parents and students were given a heads up on the options the Guam Department of Education has on the table for the return of students to in-person instruction.

Nearly 28,000 GDOE students will continue in the temporary online platform for at least another week, as the governor and health officials hope to be able to reassess the COVID-19 situation and impact of the governor’s executive orders on the positivity rate in the community before making a decision to reopen schools.

“I want our children back in school. Our children have been out of school for more than a year. And we all know the best way to learn is in school and we have tried, and I think with the ingenuity, the innovativeness and the creativity of the Department of Education tried very hard, not to interrupt that learning,” Gov. Lou Leon Guerrero said. “However, this pandemic, this virus has caused us to put a pause on our education.”

Community cases of COVID-19 hit triple digit numbers the day before the governor intended on lifting the suspension, which would have allowed schools ready for operations to reopen as early as Monday.

The decision to close schools has earned mixed reactions from parents – some applaud the the administration and school leadership while others are calling for schools to resume face-to-face instruction sooner rather than later.

Although a date has not been set, GDOE has worked on three options for reopening schools. Plans for a full return, cohorts and a hybrid are on the table and are predicated on the community’s COVID-19 positivity rate.

Ultimately, how public school students return to campuses will be up to GDOE.

A full return would mean a return of all students registered for in-person learning. The full return maximizes instructional time for students, providing five days of instruction a week.

Cohorts would mean that half of the school population would attend school on a rotating schedule. GDOE officials previously said, students would receive five-days of instruction over the course of a two-week period. Cohorts would lower the number of students on campus daily and would incorporate a phased-in approach.

“The approach is to just to start up, return them to in-person learning. But then (we have to) think about making sure that we're safe before we expand the number of students who can come on a daily basis," he said.

GDOE's proposal for a hybrid approach requires further discussion, he said. A hybrid involves "looking at opportunities for certain categories or sections of the population being able to return for full face-to-face instruction, while others go into a phased-in approach,” Fernandez said.

Under this option, for example, allows vaccinated students 12 and older to return in-person instruction, while students in the elementary level would return through a different approach.

The hybrid approach is something students like Benjamin Kim, a Tiyan High School student, would like to see happen in light of concerns over obtaining enough credits for graduation.

“Students were only going to school like one time a week, which really lacked instructional hours. So I wish there could be a hybrid, you know, to fill in those hours because last year, especially for students online, it was really hard, since we're really lacking in instructional hours since class was once a week,” Kim said. “I wonder if there was anything that could fill in those hours and make up for the missed instruction time.”

The hybrid plan, however, is complicated, and there are pros and cons to the approach.

“We're really going to need to do our research on and really think about the operational logistics, as well as whether it makes sense, ... to take that approach,” Fernandez said.

As it stands, nothing is set in stone, GDOE will spend the coming days, ironing out the options and recommendations.

"I really wish if there was like, more synergy going on with the students also, to take in our opinions and our concerns also, this since it's our education. It's actually our future,” Kim said.

As GDOE works to iron out the options, the department welcomed the feedback as they work to improve plans.

“Your input is really critical for letting us understand what issues you think need to be addressed, how you feel about the different options that are out there and and also to be able to inform you about the health care situation that we see today,” Fernandez said.

Temporary suspension of in-person instruction remains in effect until further notice, the governor indicated she has asked Fernandez to delay reopening a week beyond Sept 20.

Fernandez and the governor reminded the community that as decisions are made, the public will be notified, however, stakeholders should not make plans for a return to schools, unless official word is received from GDOE.

COVID-19 cases to factor in returning to classrooms