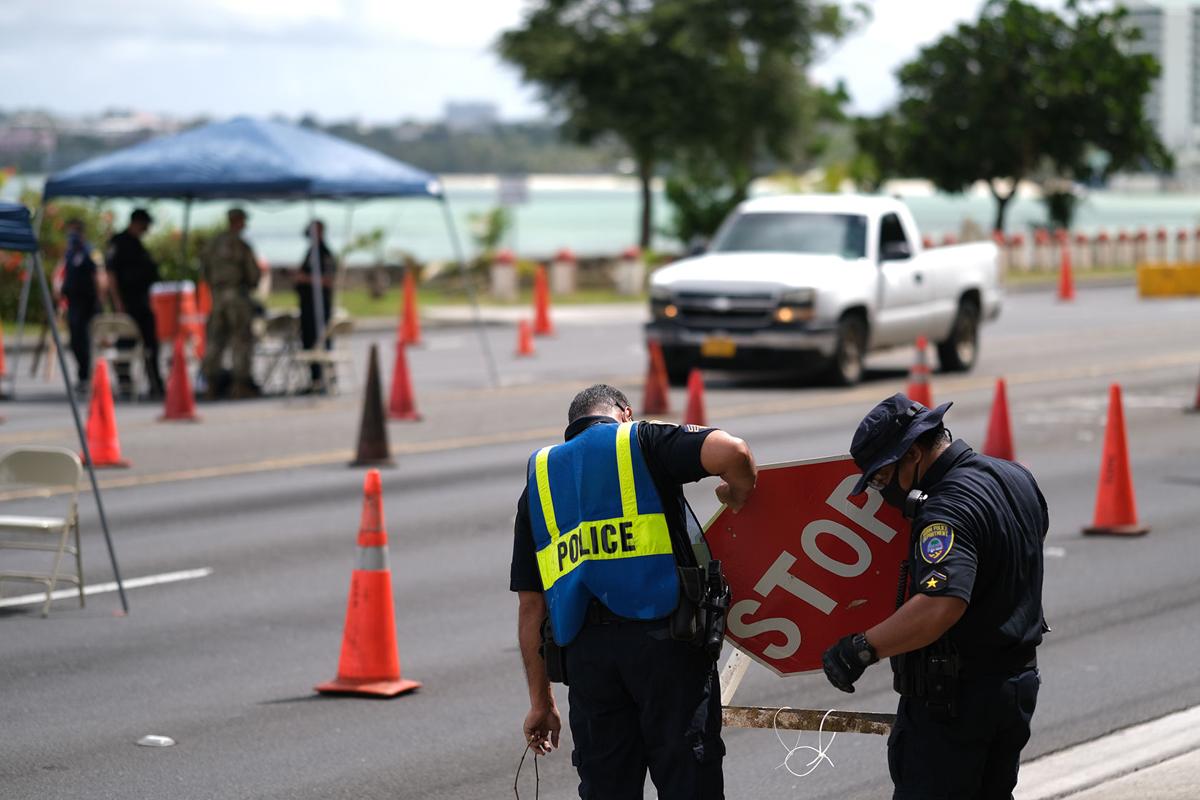 DAY ONE: It took less than an hour for about a dozen Guam Police Department officers to set up the roadblock on Marine Corps Drive in East Hagåtña on Saturday morning. All lanes of traffic were closed except for one lane north and one lane south. Norman M. Taruc/The Guam Daily Post 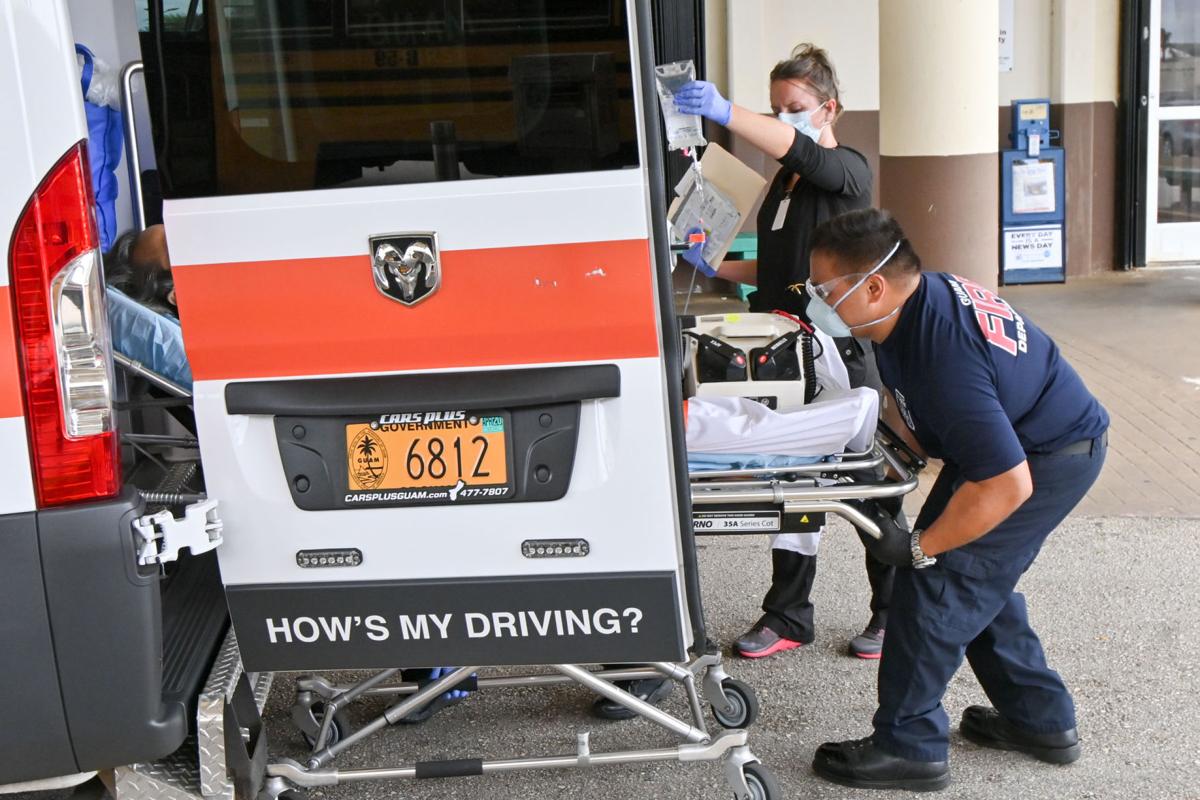 DAY ONE: It took less than an hour for about a dozen Guam Police Department officers to set up the roadblock on Marine Corps Drive in East Hagåtña on Saturday morning. All lanes of traffic were closed except for one lane north and one lane south. Norman M. Taruc/The Guam Daily Post

Essential government of Guam employees who have continued to argue for double pay during the public health emergency are already being compensated for their work, according to Gov. Lou Leon Guerrero.

But, the compensation isn’t what many are familiar with getting during an emergency.

“First of all, the people that are working are already getting differential pay. If I was going to say we need to compensate our people for the risk they are incurring and are out in the community, we have that pay to help,” said Leon Guerrero. “The double pay really goes into play if the people that are at home are on administrative leave, but they are at regular work.”

Government employees are getting their usual pay, but differential pay has not yet been paid out.

The Department of Administration has said the law for double pay does not apply to government line agencies who have been working during the pandemic.

Essential workers are designated to get either 10%, 15% or 25% differential pay depending on the potential exposure they may have to COVID-19 while on the job.

Countless workers, to include Guam police officers, Guam firefighters and nurses, are expected to be a part of a lawsuit being prepared by the Guam Federation of Teachers union on Monday. Several have said they are disgruntled, but that they continue to do the job on behalf of the community.

However, the governor said the government’s cash flow does not allow those essential workers to get the specific pay they’ve asked for.

“I cannot afford it. It’s more an issue of fiscal responsibility and what is it that we can afford,” she said. “I am not supportive of the double pay because we already have the differential pay to give these individuals.”

The Attorney General of Guam is finalizing an opinion on the issue. Legislative Appropriations Chairperson Sen. Joe San Agustin and DOA Director Edward Birn have each asked the AG to provide guidance.

AG’s spokesperson Carlina Charfauros, on Friday, told the Post that the AG's office is “still working on it.”

If the double pay is authorized, then the government may have to begin implementing cost-cutting measures that include possible furloughs, the administration confirmed.