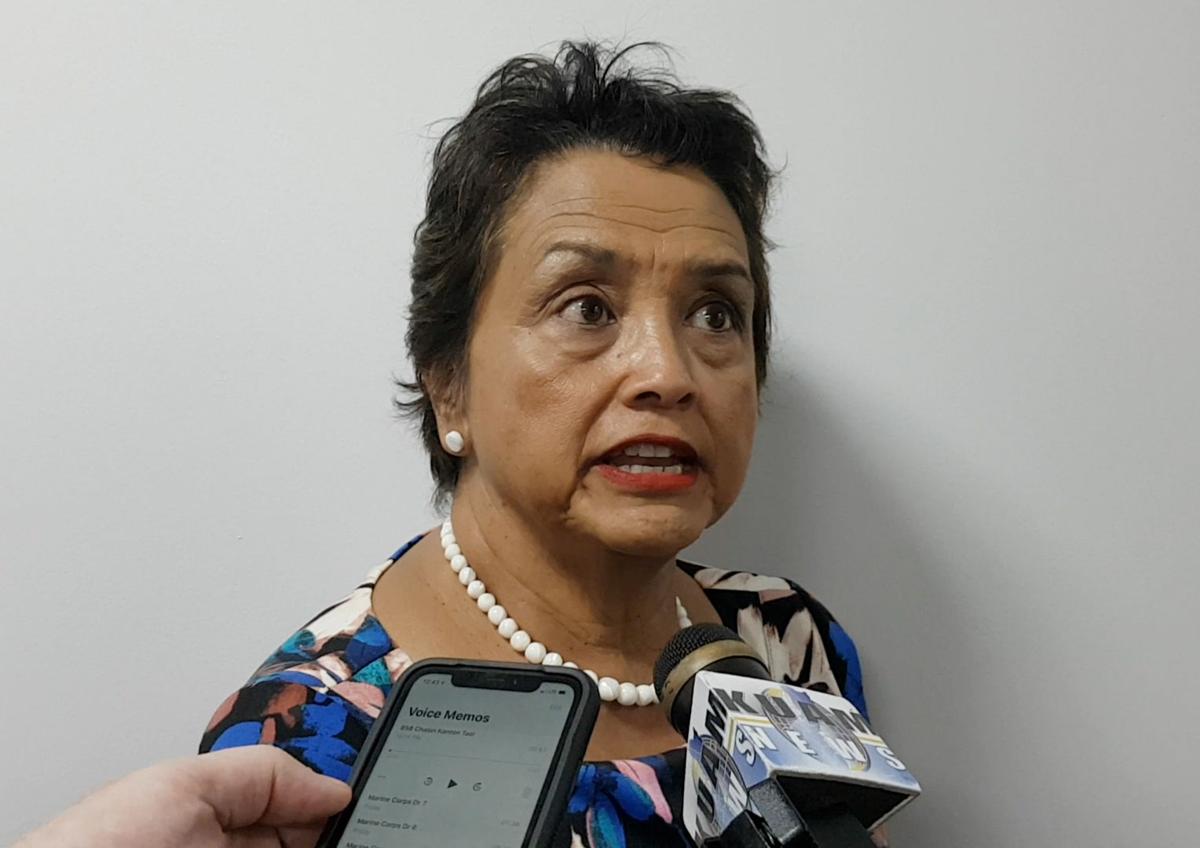 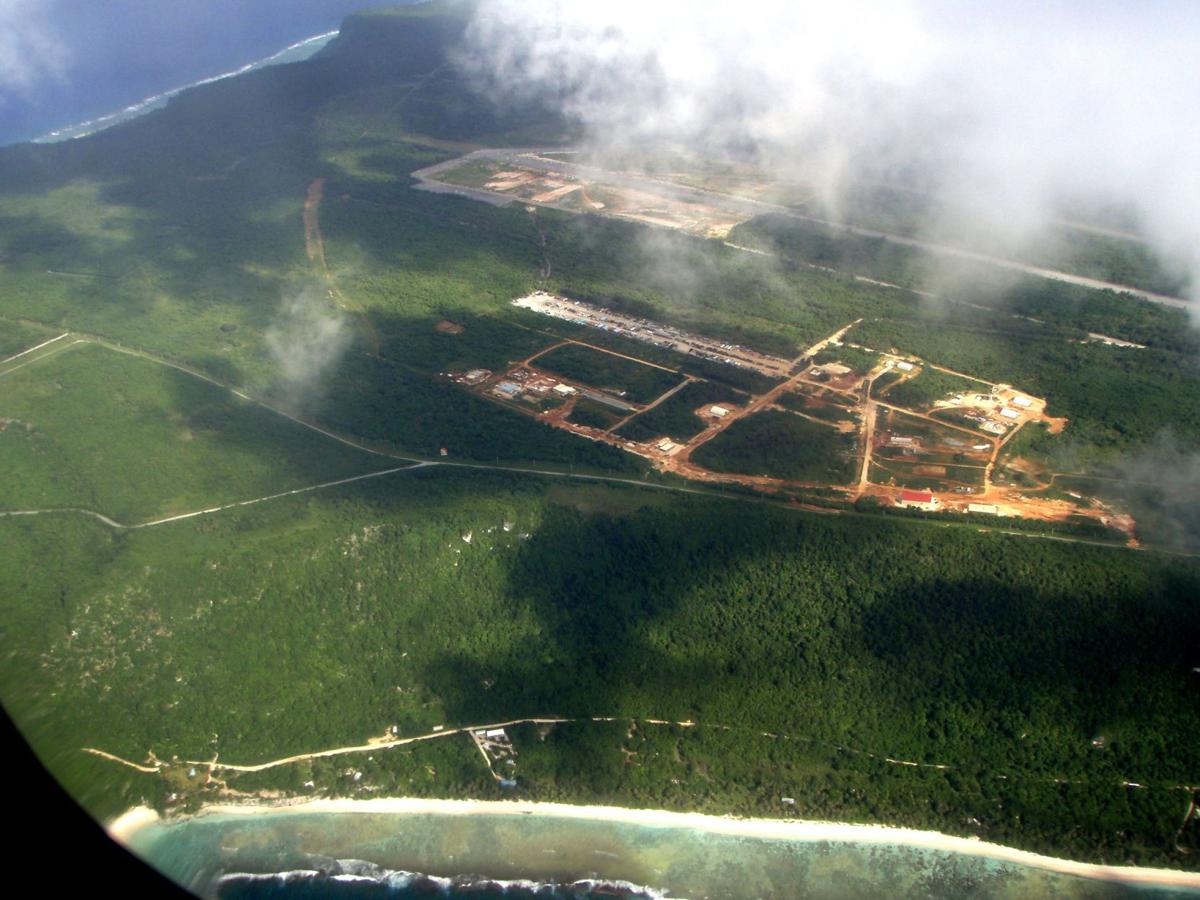 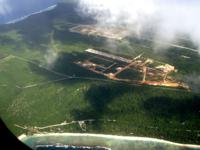 FIELD: A growing part of the current divide is over the issue of whether the military should be required to preserve artifacts found during the construction process in place, or whether the artifacts should be collected and preserved somewhere else which has been the practice up until now. Part of the military construction is on Northwest Field at Andersen Air Force Base. Photo courtesy of the U.S. Air Force

FIELD: A growing part of the current divide is over the issue of whether the military should be required to preserve artifacts found during the construction process in place, or whether the artifacts should be collected and preserved somewhere else which has been the practice up until now. Part of the military construction is on Northwest Field at Andersen Air Force Base. Photo courtesy of the U.S. Air Force

One of the major issues in recent calls for a pause in buildup projects is whether the military should preserve artifacts found during the construction process in place, where they are found, or whether the artifacts should be collected and preserved somewhere else, which has been the practice up until now.

“This was something that we voiced in the programmatic agreement annual workshop,” said Sen. Sabina Perez. “We were stating that rather than have ‘data recovery,’ we need to protect what’s there, ‘preserve it in place.'"  It’s a position that the senator and others support.

The military and the Leon Guerrero administration have yet to go on the record about their position on that issue.

Neither the governor’s office nor the military has responded to an increasing number of community groups who have called for “a pause on military construction” following reports of potentially significant archeological finds at four locations on Northwest Field at Andersen Air Force Base.

“I’ve been off island,” the governor said on Thursday following a ribbon-cutting ceremony for the Guam Police Department’s new central precinct in Sinajana.

Sen. Therese Terlaje has issued two press releases this past week calling for the pause.

The governor said she was on her way Thursday afternoon to speak with Terlaje about the issue.

After the meeting, Terlaje issued this statement: “It is a disadvantage to Guam to ignore the concerns that the SHPO has raised regarding the frequency of the new discoveries and to start from scratch to educate someone new about the history and nuances of these projects and the potential harm to these sites.”

The governor has invited senators to Adelup on Friday morning for a breakfast meeting to discuss the growing controversy over buildup construction amidst the new findings.

“I need to find out exactly what it is that they’re talking about,” the governor said. “I know that the construction has been halted, because that’s the process."

That, however, has not been confirmed by Marine Corps Activity Guam or Joint Region Marianas.

Each day since Monday, Naval Facilities Engineering Command Marianas spokeswoman Catherine Cruz Norton and Marine spokesman Lt. Brett Lazaroff have replied to requests for comment by saying that a statement is being prepared. There were no press releases issued as of Thursday evening.

On Tuesday, there were 18 groups, mostly CHamoru activists, who sent a letter to the governor asking her to meet with them over what they called the “continued desecration of sacred ancestral sites and native habitats.”

The next day, it was confirmed that a strong opponent of the buildup, State Historic Preservation Officer Lynda Aguon, had been fired.

“I don’t have any details,” said the governor when asked about her termination. “I just found out yesterday on my way back ... so I don’t have any reaction to it right now.”

The governor said she would be meeting with her staff “to figure out what the issue was, what was the concern, and so forth.”

“No,” said the governor when asked if she had any hint of Aguon’s termination before it happened.

Department of Parks and Recreation Director Richard Ibanez has been named acting SHPO, but the governor said she is “thinking about putting someone else as acting” SHPO and “then calling out for resumes” to fill the position permanently.

“I’m just concerned about the timing of this,” Sen. Terlaje said. “We are in the midst of the biggest military construction on Guam and we need to focus on ... what we’re going to do to preserve these historic sites.”

“Right now the situation is quite tenuous,” said Sen. Perez, who has joined Sen. Terlaje in calling for a pause in military construction.

With Aguon’s termination “we don’t have a person who has the historical knowledge of what it takes to monitor and protect the new findings," Perez added.

Perez called Aguon’s firing “a setback” because it comes at a time “when the SHPO was being vocal about protecting our sites and artifacts.”