A day after the deputy director of the Department of Public Health and Social Services wrote to the Guam Legislature with some concerns and recommendations regarding a proposal intended to streamline the adoption process, the governor submitted her own letter informing the Legislature that both she and the lieutenant governor, as well as Public Health, support the bill and that the prior letter was only meant to fulfill the public hearing requirement for written testimony. 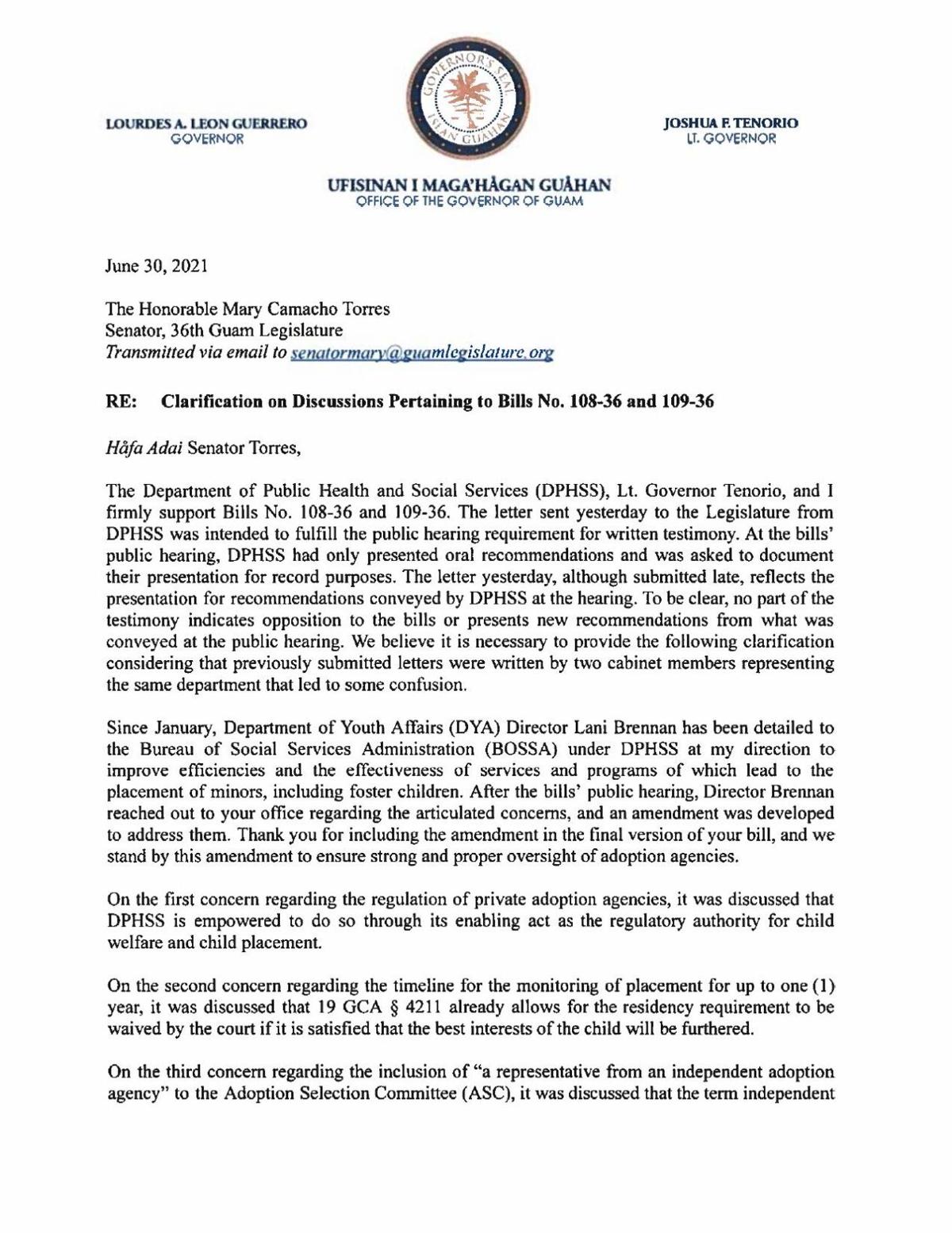 While Bill 109 has not yet been debated on the session floor, Bill 108 has seen significant discussion, largely related to the regulation of adoption agencies, which was a concern and point of inquiry for officials both from Public Health and the Department of Youth Affairs during the public hearing.

The push for adoptions

Lawmakers went back and forth in session on amendments attempting to implement some additional regulation or language that would help facilitate regulation.

A recent amendment to delay the implementation of the bill until Public Health developed rules for adoption entities and agencies failed Friday.

Another amendment that would delay the bill's implementation until 180 days after enactment, to give Public Health time to develop a regulatory framework, also failed Friday.

DPHSS Deputy Director Terry Aguon requested clarification regarding the licensing of adoption agencies, questioning what it means to be a "duly licensed" adoption agency on Guam, as he is not aware of existing rules for agencies to be licensed on island.

The governor's letter addresses concerns in Aguon's letter. Regarding the regulation of adoption agencies, it was discussed that Public Health is empowered to regulate through its enabling act as the authority over child welfare and child placement, the governor wrote.

Addressing concerns about the inclusion of a representative from an independent adoption agency into an adoption selection committee, it was discussed that "independent" meant the representative will be from an agency not involved in the case.

"This letter represents the collective view of DPHSS and our administration," the governor wrote. "We support efforts to encourage responsible and caring adults to adopt children who are in need of loving and supportive homes."