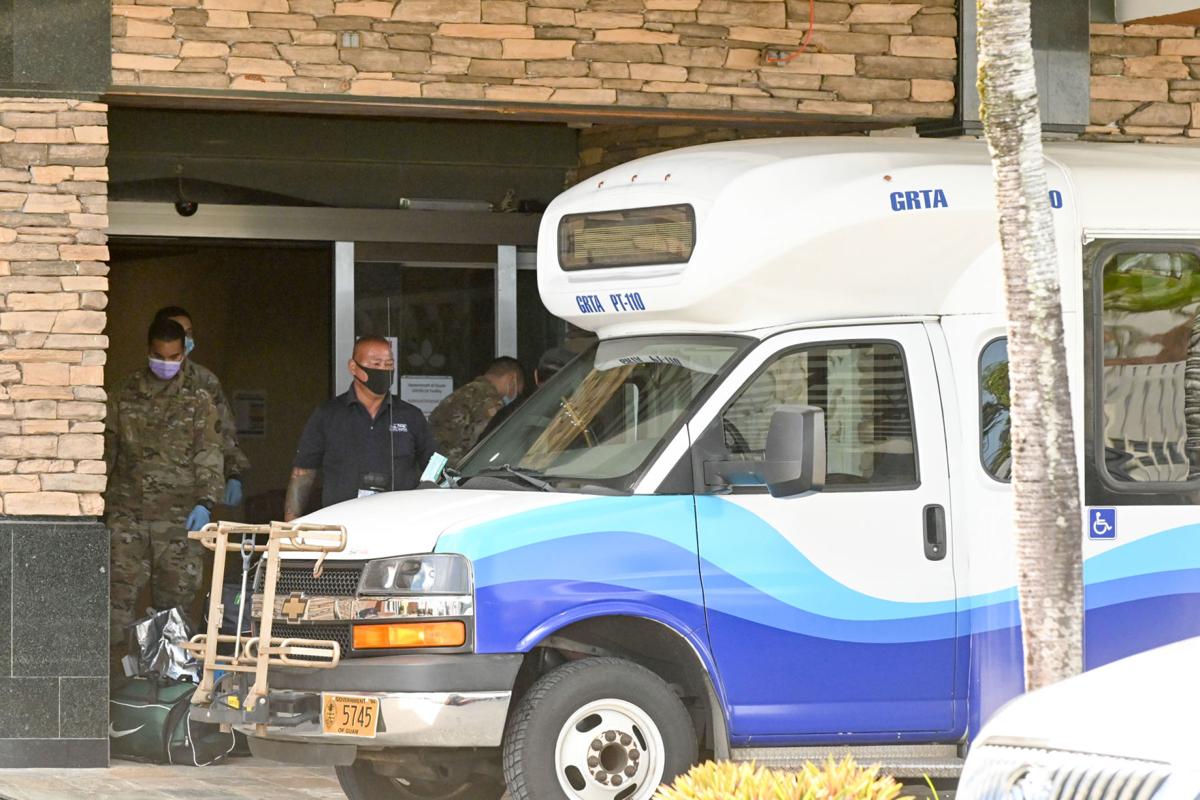 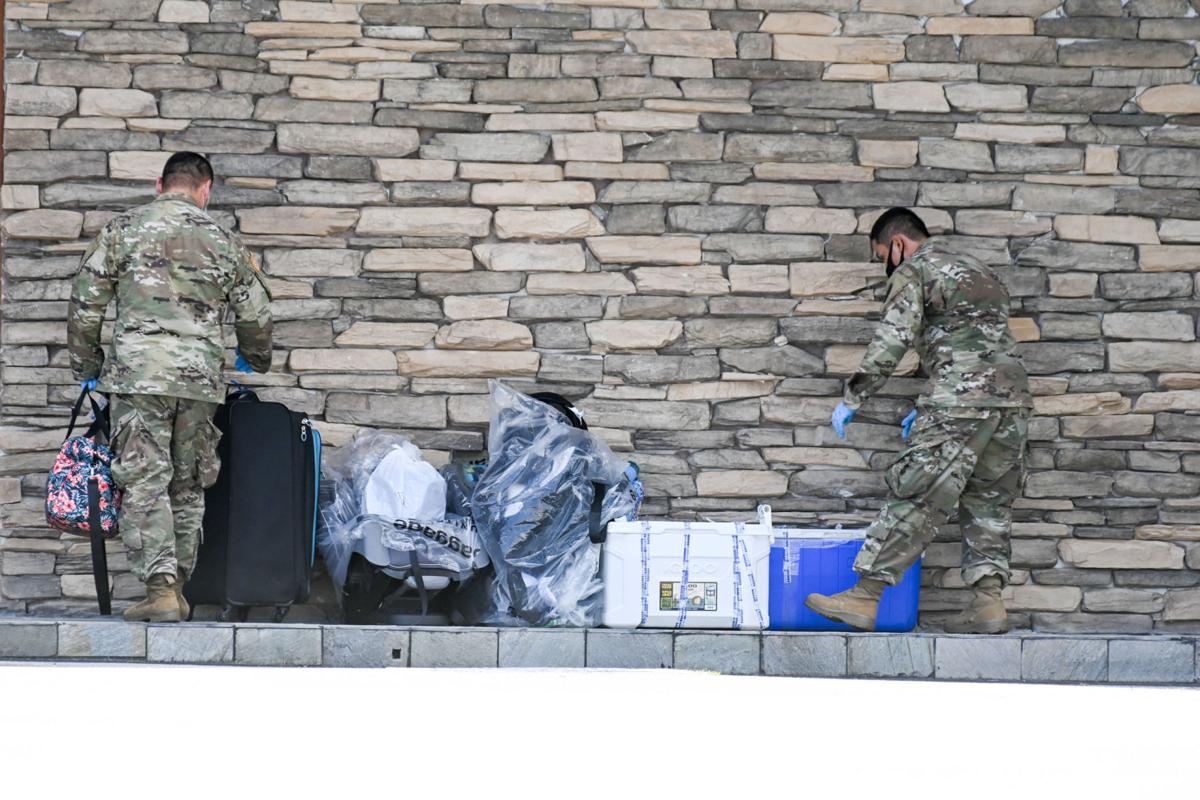 Letters to quarantine hotels – which showed the controversial electronic signature of the public health director – were drafts but mistakenly disclosed as responses to Freedom of Information Act requests, according to written statements by the governor's legal counsels.

Department of Public Health and Social Services Director Linda Unpingco-DeNorcey has previously told The Guam Daily Post she does not recall having authorized the use of her electronic signature – specifically for letters to hotels that were being hired as government of Guam quarantine sites through verbal agreements. The four identical letters, to the managers of Days Inn, Wyndham Garden, Santa Fe Hotel and Pacific Star Resort & Spa, were dated March 18 and labeled "via email." The letters also indicated to the hotels that "pursuant to our agreement" the hotels would be used as quarantine sites for travelers arriving on Guam. The letters show the electronic signatures of Unpingco-DeNorcey and Gov. Lou Leon Guerrero.

The governor's legal counsels were available during the oversight but provided limited responses. The governor wrote ahead of the hearing, stating she allowed written statements limited to her counsels' involvement with the quarantine facilities, but that she did not waive the privilege she held with attorneys at her office or the Office of the Attorney General.

Email correspondences show Diaz gave instructions to insert Unpingco-DeNorcey's signature on April 1 – although the letters were dated March 18. And the emails assert that the director had given her approval.

Unpingco-DeNorcey said during the hearing that she was aware quarantine facilities were being procured because anticipated travelers from the Philippines in mid-March needed to be quarantined – but she certainly wasn't leading that effort.

"I believe that the procurement process was supposedly at the beginning I think Homeland Security ... then, later on, it transitioned through changes. ... And then I found out that (Haig Huynh) was in charge of doing all the negotiations with the different hotels. That's all I know as far as I'm concerned," Unpingco-DeNorcey said.

While the agreements with these quarantine facilities were not formalized through signed contracts, payments are being made to the facilities based on invoices. The governor's office has stated this is being done under her authority.

A longtime attorney and expert on procurement laws, John Thos. Brown, mentioned in an extensive commentary to The Guam Daily Post that the governor's legal counsel, despite questions as indicated in emails about the lack of involvement by the chief procurement officer as required by law, "was still pushing to get the deals done because he seemed not to know how to go about it."

Brown later also stated: "But one thing that has been shown in the last month or so is that the procurement law was not the problem in the pandemic response. The problem of the facility procurement was there was no one in the wheelhouse who knew how to make the acquisition work. That is obvious from the now-public emails. And, it was obvious from the ham-fisted attempts to build a smokescreen around (a certain requirement in law) that something was not quite right," Brown added.

The governor's mention of her emergency executive order, which she cites as the basis for the hiring of the hotels without going through the proper procurement process, "is an obvious intention to distort the meaning of the law, by selectively filtering out any reference to any qualification in the statute, thereby authorizing the creation of a fast track and the forgoing of procurement law and its competitive, accountable principles and processes," Brown stated.

"This deceit remains a continuing misrepresentation because, rather than make a new declaration of emergency and correct the problem, EO 2020-03 has twice been extended by subsequent executive orders, on the same terms and under the same alleged authority in EO 2020-3."

The governor, in her press briefing Thursday, when asked about part of Brown's commentary, said attorneys have different opinions on laws. She stood by her decision to authorize the hiring of the hotels through her public health emergency authority.

Chief procurement officer: 'I'm like, it's a done deal'

Prior to that date, Acfalle said she "kept hearing" about quarantine facilities through media, but acknowledged that she did receive emails from Huynh and then-chief of staff to the governor Tony Babauta, explaining that they needed assistance reviewing documents.

"But after meeting with (Bureau of Budget and Management Research Director) Lester Carlson, he mentioned there were payments made already. So I'm like, it's a done deal. There's nothing I can do," Acfalle said.

Carlo Branch, the director of policy for the governor, said traditional procurement was not used in the process.

"The governor's emergency power to purchase under a completely separate (title of law) was used and that is the legal justification as a matter of policy behind the actions in which you are now attempting to exercise oversight," Branch said.

The governor was the procuring officer, he added, and gave direction to legal counsel.

The controversial letters were not procurement documents, according to Charles Esteves, administrator to the Guam Homeland Security/Office of Civil Defense, who also attended the hearing.

"They're to get approval for the use of non-congregate shelter for potential reimbursement under the (Federal Emergency Management Agency) public assistance program," Esteves said.