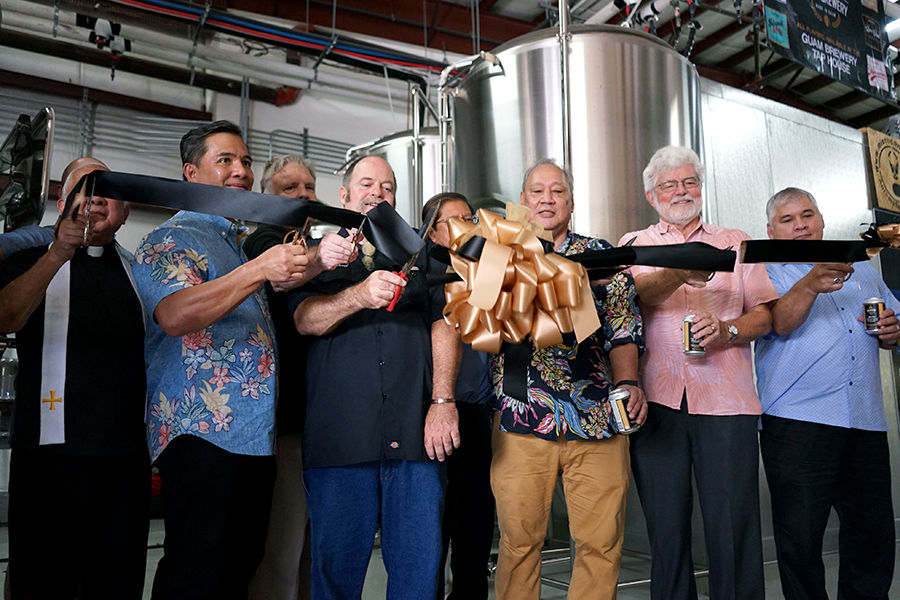 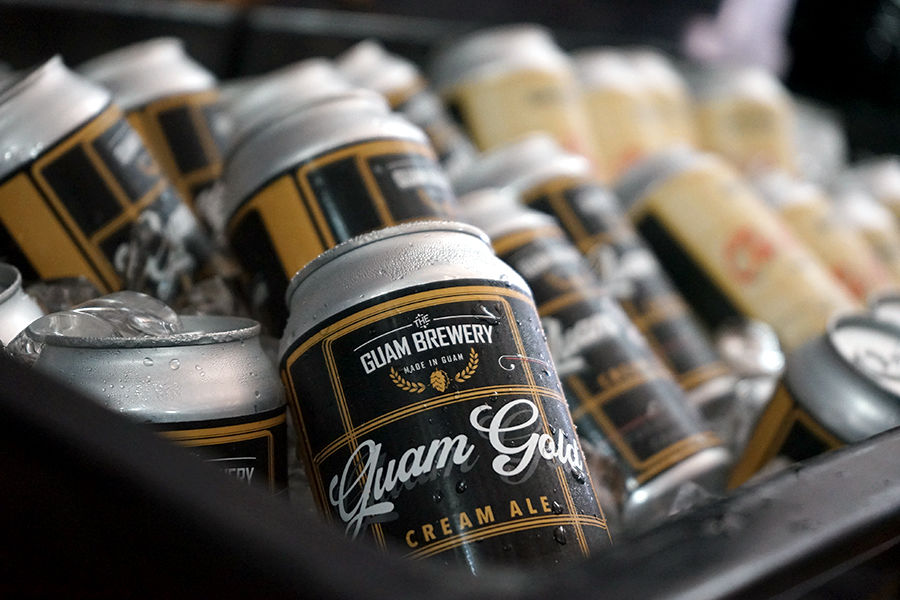 IN THE CAN: The Guam Brewery has started production of its locally brewed and canned craft beer. Pictured are the Guam Gold Cream Ale and the Old Hagåtña Honey Rye Ale. Haruo Simion/The Guam Daily Post 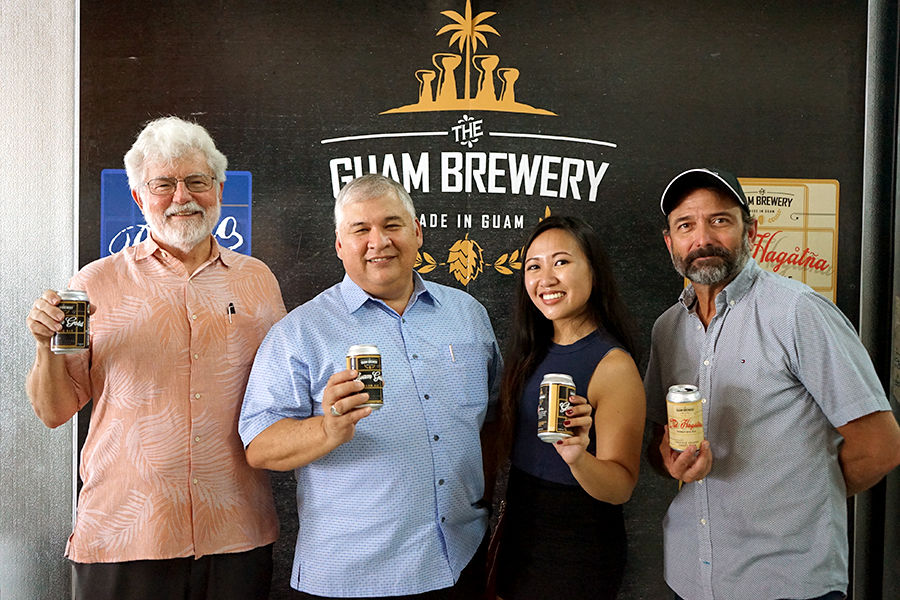 IN THE CAN: The Guam Brewery has started production of its locally brewed and canned craft beer. Pictured are the Guam Gold Cream Ale and the Old Hagåtña Honey Rye Ale. Haruo Simion/The Guam Daily Post

The Guam Brewery opened its doors in Harmon for the grand opening of the newest craft beer production company on island.

The Guam Brewery is a member of the Brewers Association, and all of its beers have achieved the Made in Guam designation.

The 5,000-square-foot brewery can produce 15 barrels of beer every batch, head brewer Mike Converse said. One barrel is equal to 21 gallons.

“I’m glad to finally get it up and running,” Converse said. “As of yesterday we are doing our first canning.”

Converse is an award-winning head brewer who has won top honors in craft beer competitions around the United States.

The beers will be distributed locally by MidPacific Distributors and will be sold in stores across the island.

The current beers can be found on tap at The Guam Brewery Tap House located at the Blue Lagoon Plaza in Tumon.

“It’s humbling and it's heartwarming to see that the response has been as positive as it has,” said co-owner Jay Merrill.

Merrill said the brewery hopes to make a name for Guam in the beer world internationally.

The Guam Brewery up and running

COVID-19 is forcing a new level of personal responsibility

If there’s any lesson to be learned from the global pandemic it is the responsibility we have for others. Read more

He mentored me for his purposes

My mentor, who was most responsible for getting me into Harvard, told me that he regretted having done so. He felt that I betrayed his purpose… Read more