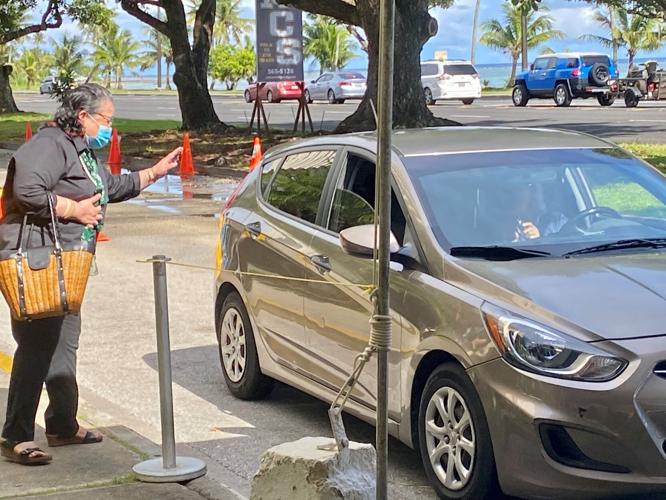 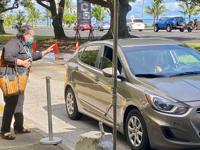 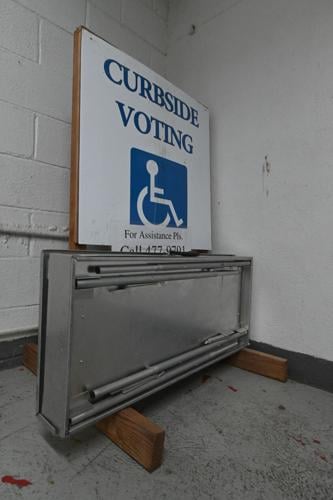 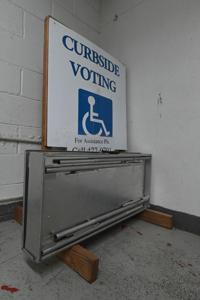 CANCELED: The Guam Election Commission delivered voting tables and signage to various precincts around the island in advance of the primary election, such as these in Umatac, as seen Aug. 27. David Castro/The Guam Daily Post

CANCELED: The Guam Election Commission delivered voting tables and signage to various precincts around the island in advance of the primary election, such as these in Umatac, as seen Aug. 27. David Castro/The Guam Daily Post

Guam's 2020 primary election has been officially canceled in the midst of an extended lockdown and with the highest level of COVID-19 restrictions in place.

Gov. Lou Leon Guerrero on Friday signed into law a bill canceling the Aug. 29 primary election, and allowing all the certified candidates to advance to the Nov. 3 general election.

Early voting allows people to avoid long lines and crowds on Election Day, and therefore is expected to help prevent the spread of COVID-19.

The bill passed the Legislature by a vote of 12-3 Thursday night, after senators weighed arguments on "the right to vote," "the right to live," and some middle ground.

The senators who voted against the measure voiced concerns about the 2,284 residents who had already cast their ballots in the primary election.

In signing the bill, the governor said those who participate in elections should never feel as though their decision to exercise their right to vote and perform their civic duty is without value.

But she said "at this point in our history, the bigger, more consequential decision we must take is the one to save lives."

This is the third time since 1994 that Guam has canceled its primary races.

The governor also acknowledged the difficulty for GEC and the Legislature to reach the decision of canceling the primary election.

"With the cancellation of the 2020 primary election, we have a little bit of time to prepare for the general election," GEC Executive Director Maria Pangelinan said.

Under the new law, GEC is mandated to present its safety plan for the 2020 general election to the Legislature no later than Sept. 14.

Pangelinan said GEC management and staff are preparing safety measures for different scenarios, whether it be lockdown, Pandemic Condition of Readiness 1 or PCOR3.

GEC's biggest challenge, Pangelinan said, is at the Election Return Center at the University of Guam Calvo Field House, where roughly 400 people are expected to congregate on the night of the election to tally the votes.

It would be especially challenging if Guam remains in PCOR1 during the election, she said.

"We are looking at how to eliminate the Election Return Center altogether," she said. "Even with the huge space, people can't really social distance while they are counting the ballots."

Sen. Kelly Marsh's floor amendment to the speaker's bill is now part of the law. The amendment allows the governor to provide logistical support and resources, including detailing government personnel as needed, to GEC in order to ensure a safe and successful 2020 general election.

"The reality is that GEC has just two months left to prepare to meet the challenge of holding a general election, despite the fact that PCOR1 conditions or restrictions could continue or be invoked again," Marsh said.

Marsh, Sen. Wil Castro and Sen. Louise Muña were the three lawmakers who voted against canceling the primary election.

Besides the names of candidates who were in the primary election, the general election ballots will also include candidates for the Consolidated Commission on Utilities and the Guam Education Board.

Pangelinan said Guam voters will also decide whether to retain three judges and one justice:

Some villages will have three to six mayoral candidates. There are also incumbent mayors who do not have any challengers.

Before the lockdown, voter registration was at about 54,700.

GEC also is continuing to confirm whether the precinct officials it previously recruited for the primary election would want to participate in the general election. The stipend has been increased from $350 to $450.

The pandemic has altered this year’s election with the cancellation of the primary election, previously slated for Aug. 29. Residents reacted …