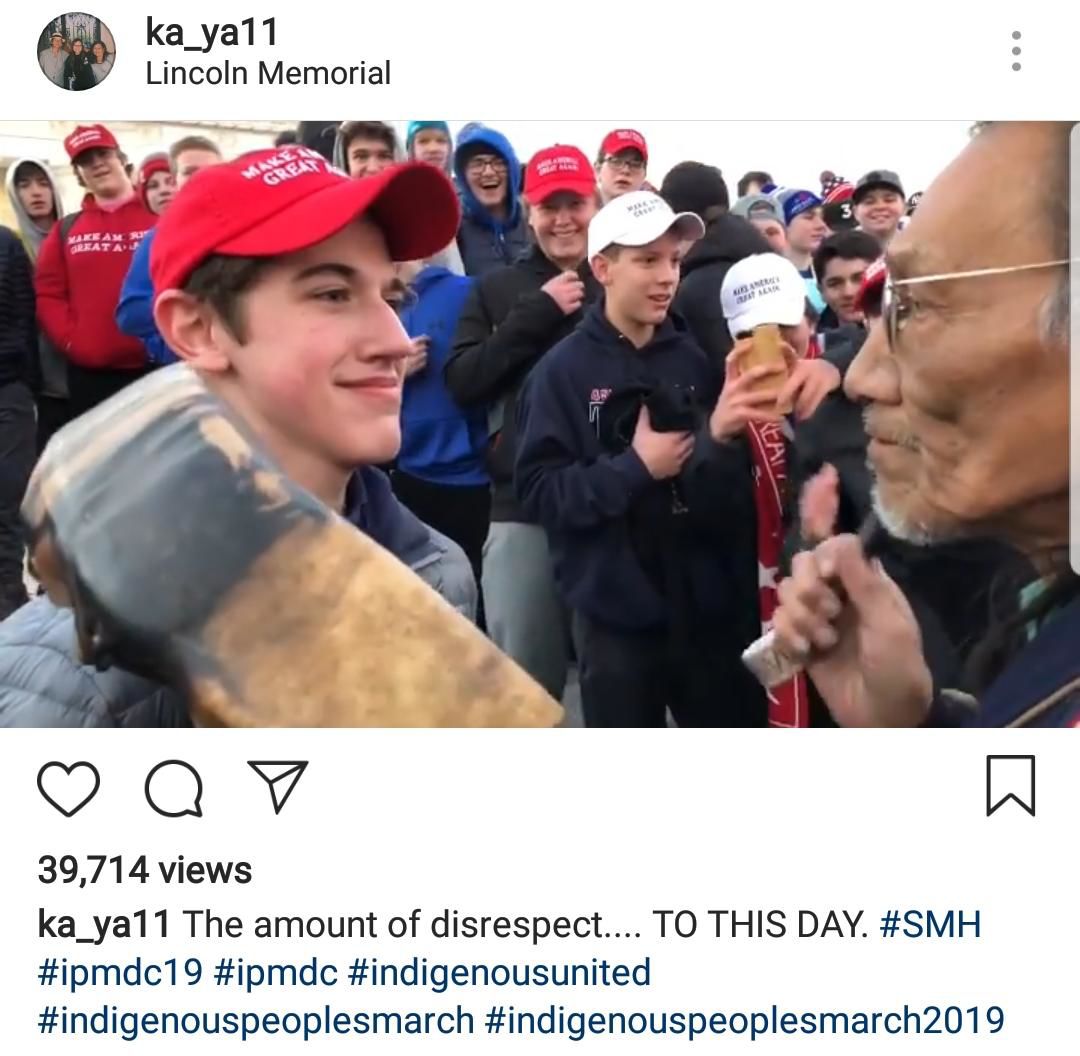 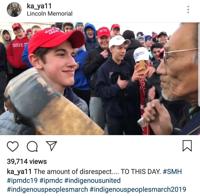 IMAGE: Guam resident Kaya Taitano captures this image and videos of a group of teens who taunted a Native American elder at the Indigenous Peoples March in Washington, D.C., on Friday. Photo courtesy of Kaya Taitano 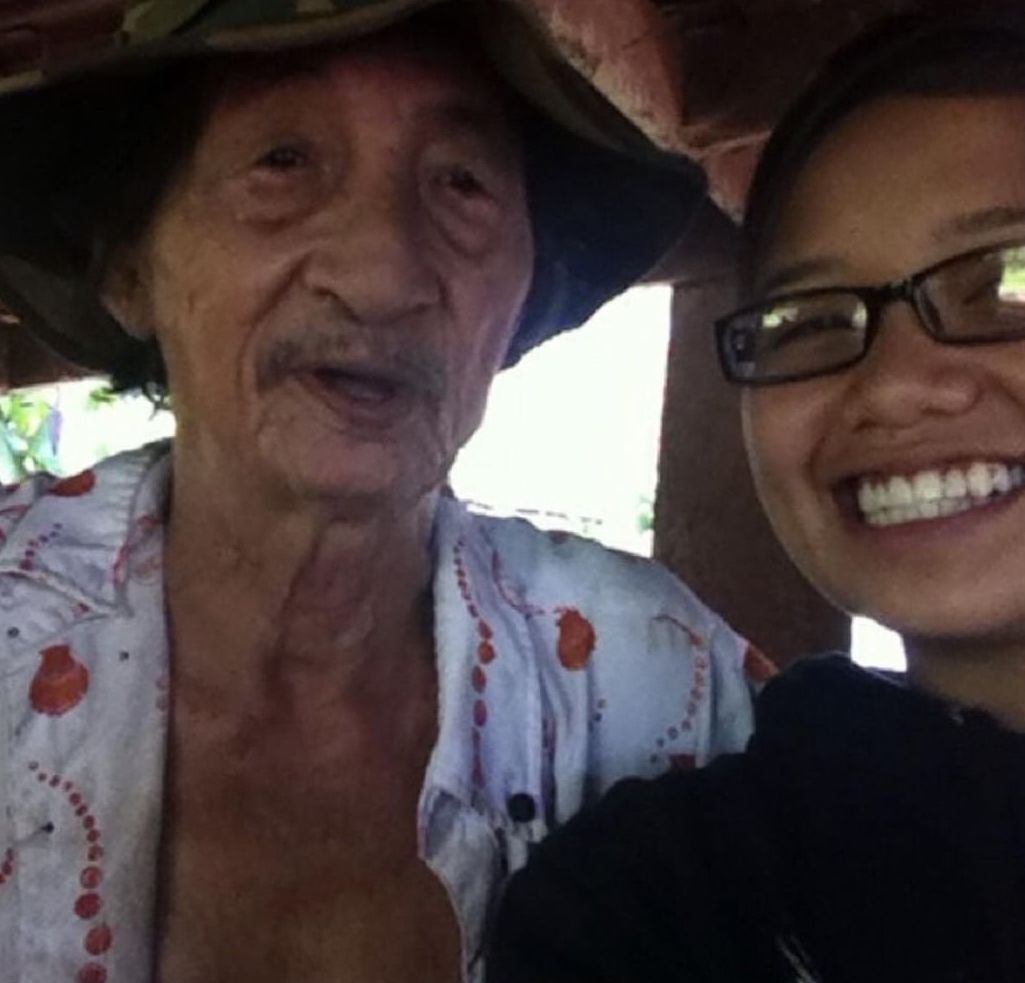 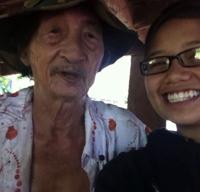 GRANDPA: Kaya Taitano and her grandfather, Robert Philip Taitano, a master ifit carver who has dedicated decades of his life to the craft and sharing Guam's culture, are shown in this undated photo. Photo courtesy of Kaya Taitano

IMAGE: Guam resident Kaya Taitano captures this image and videos of a group of teens who taunted a Native American elder at the Indigenous Peoples March in Washington, D.C., on Friday. Photo courtesy of Kaya Taitano

GRANDPA: Kaya Taitano and her grandfather, Robert Philip Taitano, a master ifit carver who has dedicated decades of his life to the craft and sharing Guam's culture, are shown in this undated photo. Photo courtesy of Kaya Taitano

Kaya Taitano, 26, went to the Indigenous Peoples March in Washington D.C. on Friday marching for her five godchildren – Tyson, Jada, Kainoa, Addison, and Gesiah – and her former students at Adacao Elementary School.

"It's 2019 and we are still being denied our rights from our land to women's rights and the veterans on Guam. I was there for them," Taitano said in a phone interview with The Guam Daily Post.

Taitano attended the march by herself, rallying with many others at the National Mall in front of the Lincoln Memorial.

She said she was moved as she watched people from all over the world show up in solidarity for indigenous rights.

"I wouldn't have been out there today at that march if my grandfather Robert Philip Taitano did not take me in the jungle with him and teach me about our culture," she said. Taitano is a master ifit carver who has dedicated decades of his life to the craft and sharing Guam's culture.

The march had ended and organizers were cleaning up when Taitano noticed a group of five African-American men who appeared to be preaching.

"Their language was not that great and a bunch of rowdy kids with Make America Great Again hats started chanting to each other," Taitano explained.

Those in attendance could feel tensions rising as the two groups exchanged words.

Having had a classmate recently shot in the streets and learning of shootings daily, the 2010 George Washington High School alumna was concerned that tensions would escalate into violence.

"Those kids were so lucky that elder stepped in. He was chanting to cleanse the negative energy in the area," she said.

Taitano took a video of the entire ordeal and posted it on her Instagram page, drawing the attention of national media.

The elder proceeded up the stairs and one of the students stood in his way and got into the elder's face as other students jeered, the video showed.

"It hit home for me because the whole issue with the military and the firing range," Taitano stated. "Mr. Phillips told me he felt led to chant to bring peace."

The teens from a Kentucky Catholic school were participating in a pro-life march which was held in the same area. The students moved when a chaperone walked up to the boys and called them to take a photo.

"The kids thought it was a joke. We are here at the Lincoln Memorial on Martin Luther King Jr. weekend standing in almost the same spot where he preached. Yeah, it was intense," Taitano said.

She credited Phillips' actions with creating a peaceful situation.

The teens from Covington Catholic School have denied creating tension or instigating anything, according to national media.  One student said it was Philips who approached them beating his drum and forcing his way into the center of their group.

The teen said after several minutes of Phillips chanting and beating his drum, they became confused and started wondering what was happening.   They later accused Phillips and the group of trying to "incriminate" the students as a "publicity stunt", according to national media reports.

The diocese and school issued a joint statement after the video surfaced condemning the students' behavior and extended apologies to Phillips and promising to take action.

Phillips told Taitano he wished the students had put their energy into making this country really great by doing positive things.

Taitano hopes the whole experience will be a platform for all those whose voices have been suppressed to be heard.

The college student has plans to finish her degree in mechanical engineering and return to the island she loves and start a nonprofit organization that focuses on supplemental science, technology, engineering and math education for kids.

Her videos from the march have been viewed across the world by millions of people and Taitano said she hopes kids on Guam understand the power of social media.

"I hope the kids on Guam understand it can go both ways, both positive and negative, and clearly we saw this today," she stated. "Learn your culture. Learn your language. Learn your history because we are not alone and we are still here."