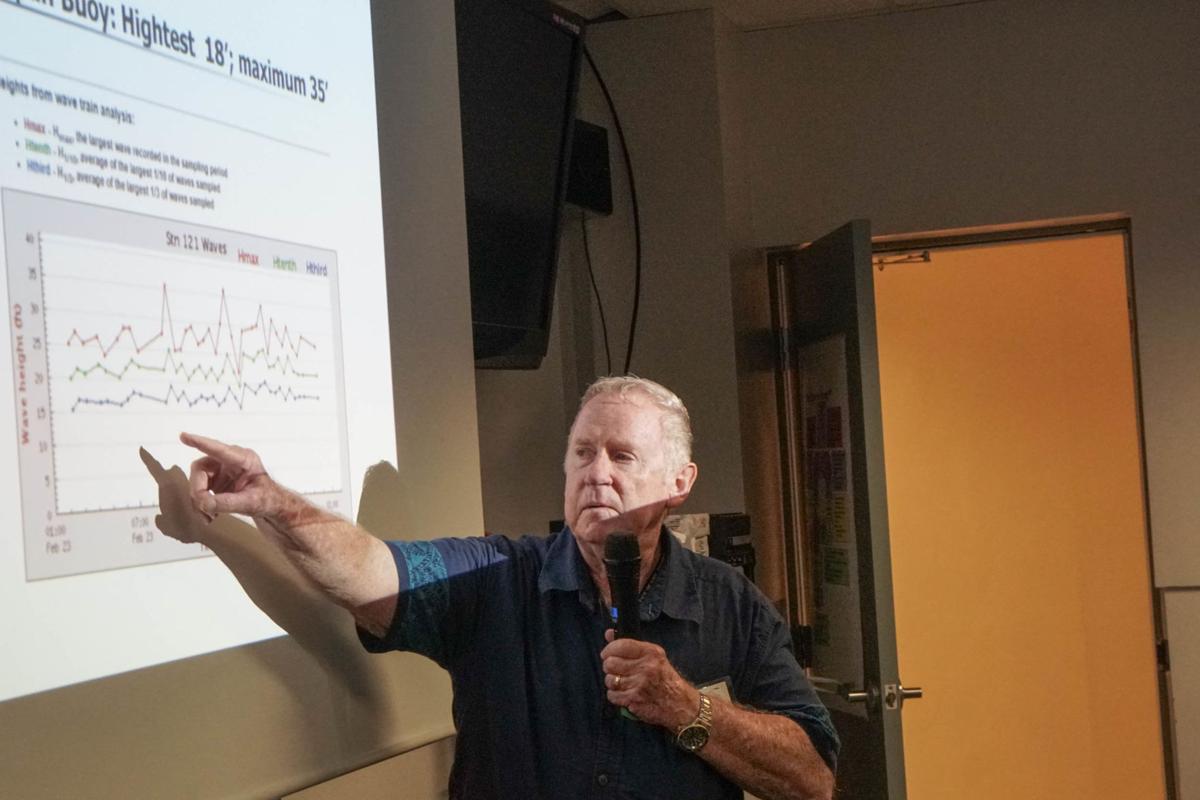 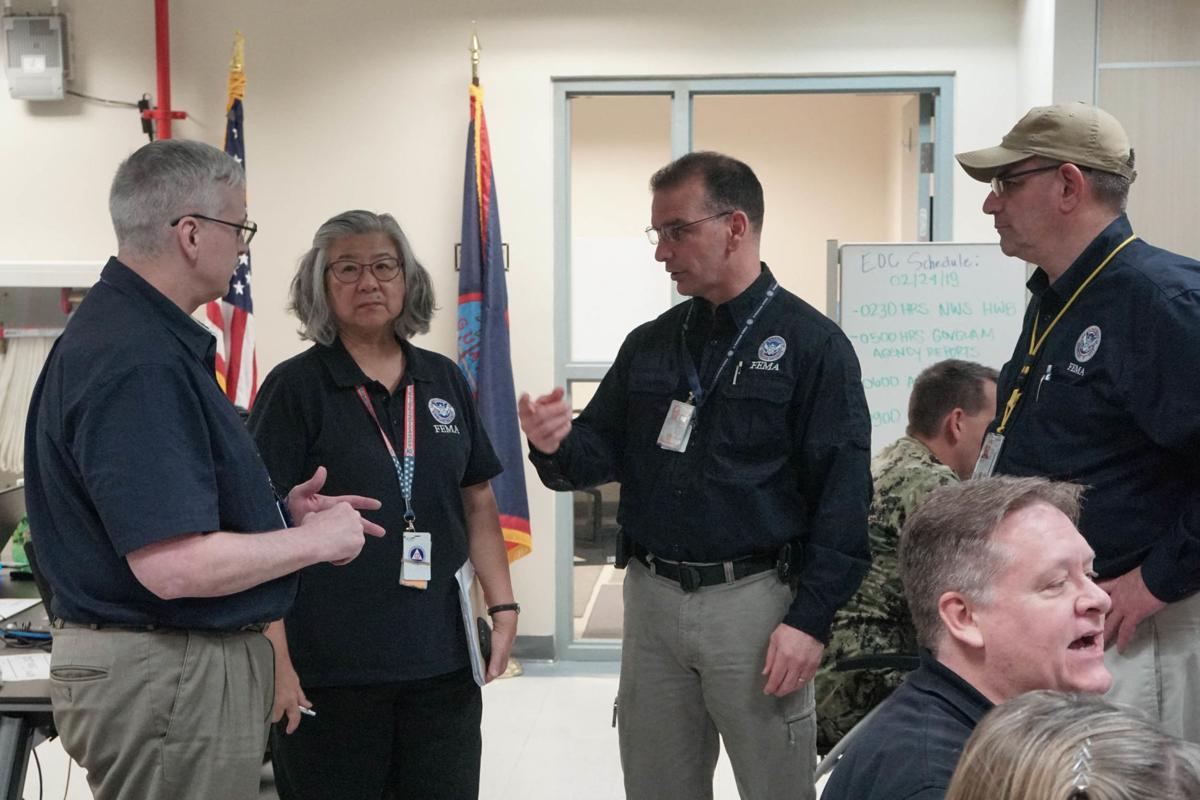 The system spun up to super-status overnight Saturday into Sunday.

Mercifully, it stayed far enough south and west of the island to spare residents from its strongest winds and rain.

The worst was over by sunup Sunday and Condition of Readiness 1 was finally canceled at 1 p.m. when acting Gov. Josh Tenorio and Brig. Gen. Gentry Boswell, Joint Region Marianas deputy commander, placed the island back into COR 4, the normal condition of readiness.

During a heavy weather briefing Sunday morning in the Office of Civil Defense bunker in Agana Heights, Guard told stakeholders that sustained winds around Wutip's eye were about 155 mph. Gusts of up to 195 mph were estimated as the storm churned 185 miles west-southwest of the island. It kicked up 36-foot waves out in the Philippine Sea, said Guard.

However, during the past two days, Guam has been on the far edge of the wind field so the island experienced only tropical storm-force winds.

Sustained winds on Guam were between 40 and 45 miles per hour. The highest gust of 66 miles per hour was recorded at Andersen Air Force Base, said Guard.

The heaviest feeder bands that swept over southern Guam on Saturday dumped 17 inches of rain over Inarajan, 12 inches in Dandan, and 6 to 8 inches elsewhere on island, said Guard.

Yet, Krystal Paco, the governor's press secretary, said no one had to be evacuated because of flooding. She cited the efforts of Department of Public Works crews. Out in the field Saturday, the crews cleared debris in flood-prone areas.

Some signs blew down, some tree limbs and leaves fell, but no major structural damage was reported, according to Paco.

Spot power outages occurred across the island, but Guam Power Authority crews managed to keep the lights on for most and restore power to those who lost it.

The acting governor issued a statement commending "all the hardworking people who collaborated and worked together to ensure our safety during this storm."

The Guam Department of Education announced on Sunday that all of its 41 schools were set to reopen today.

After-school sports programs were set to resume as regularly scheduled.

Multiple predictions for closest point of approach were projected during Wutip’s passage. The predictions at various times were midnight Saturday, 3 a.m. Sunday, Saturday afternoon, and then 6 a.m. Sunday.

The actual closest point of approach to Guam occurred at 8 p.m. Saturday, 165 miles southwest of the island. However, the worst winds and rain fell before then, during the late morning and early afternoon on Saturday.

Guard explained that was because the strongest feeder bands to affect us swept over Guam on Saturday morning and afternoon, so that’s when the island got the strongest winds and rain, he said.

There were no feeder bands extending east over the island overnight Saturday into Sunday morning, even though the storm’s center was closer to Guam, said Guard.

“It’s funny, you’ve got this extremely intense storm, but you don’t have a lot of banding around it,” he said. “Most of the heavy convection was out to the west,” Guard said.

For a time, the storm was tracking parallel to the island, Guard explained. So we had this “long extended period of closest point of approach,” he said.

NWS meteorologist Landon Aydlett also pointed out that if there is a storm headed directly at, and through the Marianas, then you have a clear-cut and fixed CPA, he said. “It gets here, and then it starts moving away, and conditions improve.” But Wutip was different, he explained.

Wutip started its approach “from the south-east and then it turned towards the west-northwest and northwest, kind of wrapping around our south and southwest coastlines,” said Aydlett. "So that in a sense made it more of a prolonged CPA."

“Over the course of about a 12- to 24-hour period, it’s been hovering” between 190 and 160 miles to our west, said Aydlett, “so the CPA has been sustained over a longer duration of time.”

We are lucky that Wutip evolved into a supertyphoon only when it was moving farther away from Guam on Sunday.