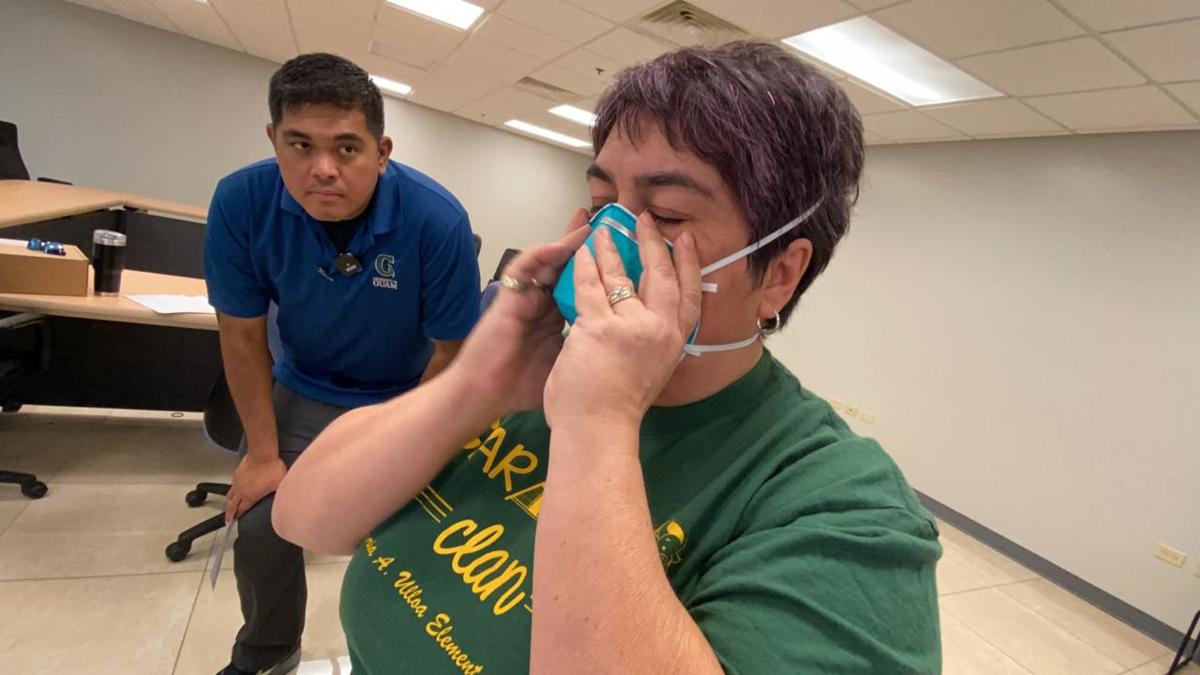 Two more patients have tested positive for the virus that causes COVID-19, increasing the total number of cases on Guam to five.

Four of the five cases are related to travel to the Philippines.

A total of 46 tests were performed from March 12-17, the government's Joint Information Center confirmed at 6 p.m. Tuesday.

This means more than 10% of patients who were tested on Guam for SARS-CoV-2, the virus that causes COVID-19, have been confirmed to be infected with the pneumonia-like disease.

The second unrelated case confirmed Tuesday also had a history of recent travel to the Philippines.

All five patients are currently in isolation. The government of Guam has designated the 60-bed Skilled Nursing Unit in Barrigada Heights as an isolation facility.

Guam Board of Medical Examiners Chairman Dr. Nathaniel Berg said the authority allows the board and the Health Professional Licensing Office to approve temporary licenses for nurses and doctors from other U.S. locations.

“It gives a relief valve to bring people to Guam and grant them temporary emergency licenses,” said Berg, who confirmed five nurses have been given the designation through the expedited licensing process.

He said the request came through Guam Regional Medical City.

Without the governor’s state of emergency, the GBME previously met on a monthly basis to review applications for medical licensure, but now there can be an immediate review.

Berg said he isn’t sure how the five nurses will be allocated since both GRMC and Guam Memorial Hospital are working so closely due to the COVID-19 outbreak on Guam.

“They have an unprecedented working relationship in this time of crisis,” said Berg.

On Tuesday, various members of the medical community met with the governor to discuss the quickly evolving situation surrounding the COVID-19 cases on Guam and the dozens of people who are being tested daily.

“The vast majority in health care support allowing the governor to work with Public Health officials who have experience in dealing with this crisis and to make decisions for the community,” said Berg.

The physician said he has been impressed by the governor consulting with various experienced individuals in the health care industry and working closely with highly respected, nationally prominent individuals and the Centers for Disease Control and Prevention.

“There is one voice for the health care community, and that is the governor. The public needs to understand she’s not acting alone but in an extraordinary amount of consultation,” stated Berg. “The community should feel that things are being done."

But others in the medical community have been critical of the administration and the handling of the COVID-19 crisis repeatedly calling for an immediate lockdown of the island to prevent further spread.

Samples are being submitted on a daily basis from local clinics around the island. One specific area of concern is whether samples will continue to be tested on the island or if they will be sent to a laboratory in Hawaii.

The Department of Public Health and Social Services received one kit that can test 200 samples. A request for four more kits has been made with the CDC, but there is no word on when those kits will arrive.

“Once the kit runs out, it will change how quickly test results can be done and if they need to be sent off island,” Berg explained. “The process is one that is evolving.”

As of Tuesday evening, there were 46 samples that had been tested at the Guam Public Health Laboratory.

The physician said medical professionals are going to presume that Guam will see more confirmed COVID-19 cases. “We are preparing for the worst but doing our best to make it not happen. We can’t control everything. It depends on the public’s cooperation of the directives.”

There have been other doctors and health care professionals in the medical community who have been critical of the administration's handling of the COVID-19 crisis. One doctor has called for a lockdown of the island to prevent the arrival of persons who may have the virus.