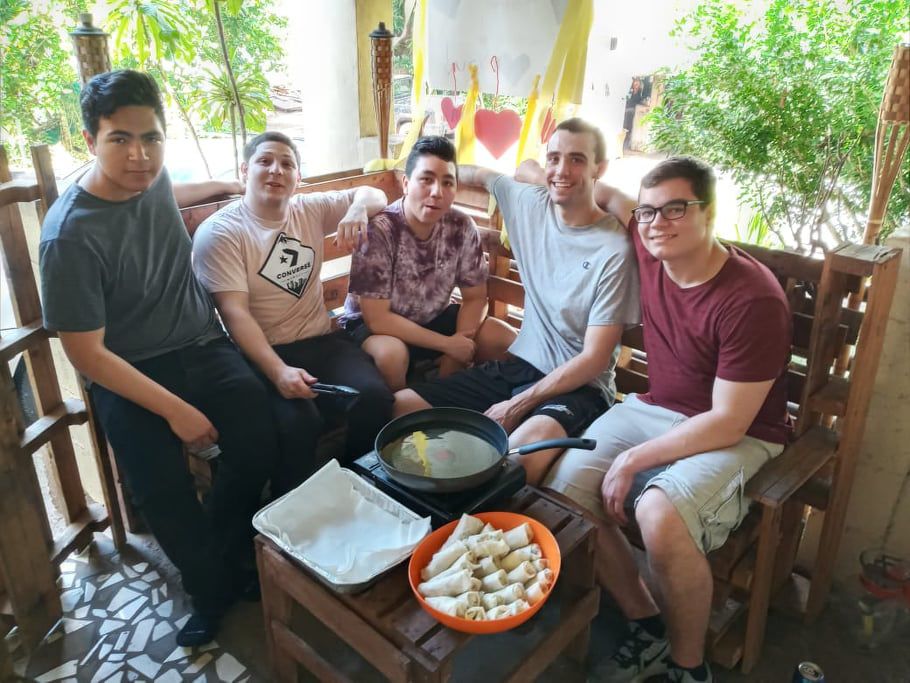 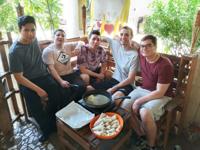 ENJOYING THE FOOD: Brandon John Francisco, far right, and his fellow sailors from the USS Theodore Roosevelt spend time making lumpia and enjoying Guam dishes while on a port call to Guam in February. Photo courtesy of the Chargualaf family 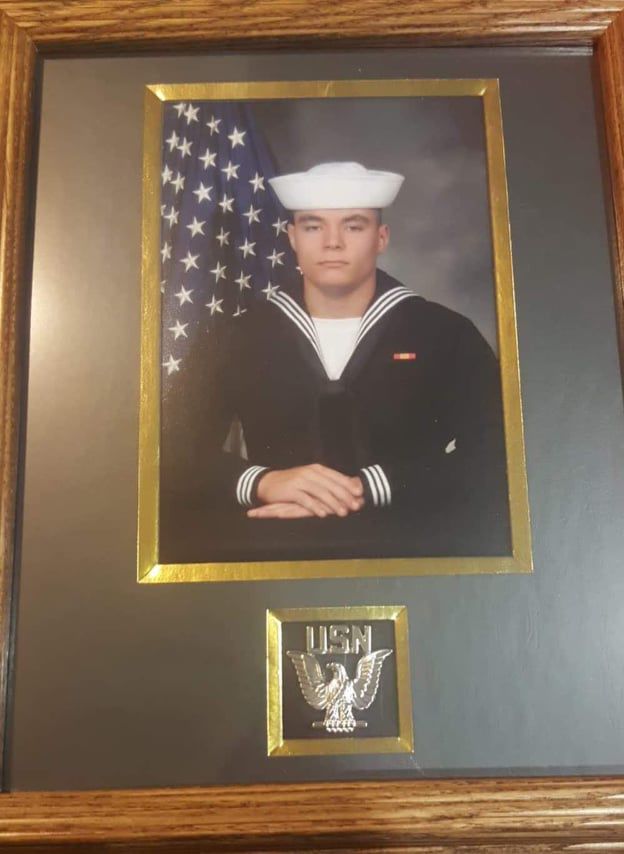 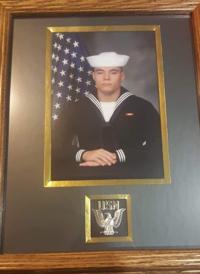 SAILOR: A framed photo of Brandon John Francisco sits in the Guam home of his proud grandparents, Vicente and Sabine Chargualaf. Photo courtesy of the Chargualaf family 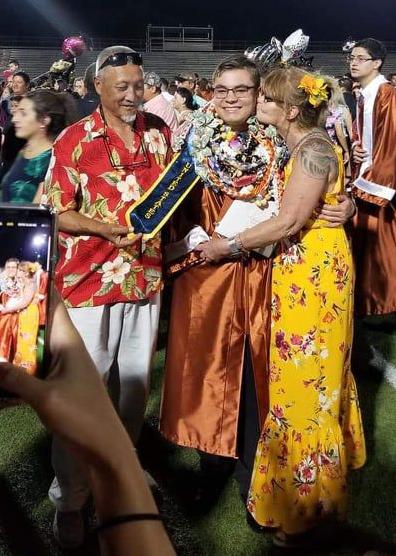 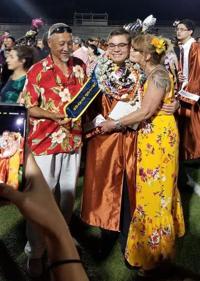 FAMILY BONDS: Brandon Francisco, third from left, poses with his uncles during a family barbecue while he and the sailors aboard the USS Theodore Roosevelt visited Guam in February. Photo courtesy of the Chargualaf family

ENJOYING THE FOOD: Brandon John Francisco, far right, and his fellow sailors from the USS Theodore Roosevelt spend time making lumpia and enjoying Guam dishes while on a port call to Guam in February. Photo courtesy of the Chargualaf family

SAILOR: A framed photo of Brandon John Francisco sits in the Guam home of his proud grandparents, Vicente and Sabine Chargualaf. Photo courtesy of the Chargualaf family

FAMILY BONDS: Brandon Francisco, third from left, poses with his uncles during a family barbecue while he and the sailors aboard the USS Theodore Roosevelt visited Guam in February. Photo courtesy of the Chargualaf family

When Brandon John Francisco, 20, visited Guam in February during the USS Theodore Roosevelt's previous port call, he spent every moment of his leisure time showing his friends the island he calls home. He showed several of his sailor friends what it's like hiking and barbecuing – island style.

He taught them how to grate coconut and make lumpia, or spring rolls.

Francisco attended C.L. Taitano Elementary and Jose Rios Middle schools before he moved to Texas where he graduated from high school. He then joined the Navy.

“He always wanted to be in the military. He wasn’t sure what service but then he decided on the Navy and he was so excited,” said Sabine Chargualaf, his grandmother.

When news hit that several sailors had tested positive for COVID-19 on board the aircraft carrier, Chargualaf was worried.

“My initial thoughts were, ‘Oh my God! Brandon. I hope everybody’s OK,’” she said. “That was my main concern.”

The ship was scheduled for another port visit next week, she said, and her family was looking forward to having Brandon and his friends back for another visit. During the warship's February port call, they housed seven sailors including her grandson.

“We were so ready for them to come back. We stocked up on meat and my husband, Vicente, caught fish and octopus to let them try all different kinds of food from the island,” said Chargualaf. “That will have to wait for next time.”

Since the aircraft carrier docked at the mouth of Apra Harbor on March 27, she’s had limited communication with her oldest grandson.

Nearly 100 of the warship's nearly 5,000 sailors have tested positive for COVID-19, the Pentagon has acknowledged.

Francisco's family hopes he will be among the sailors granted quarantine in certain Guam hotels. Only sailors who test negative for the disease will be allowed quarantine outside the Navy base. And the quarantined sailors will not be allowed to leave their hotels.

The last time Francisco talked to his family, he was still on the ship.

“He can’t really talk because the internet on the ship is not too good,” she said. “He’s hoping to get to the hotels so he can get Wi-Fi to talk to us, but my boy doesn’t say too much on messenger. He doesn’t want to worry anyone.”

His mom, Irene Rose Francisco, lives in Texas and has been worried about her son.

“She’s hoping he gets cleared, that he gets to stay with us. But that’s not going to happen. I told my daughter he’s within reach, but we can’t reach him,” said Chargualaf.

When news spread on the island that the sailors were brought to Guam and the military and local government were working to get those sailors who tested negative off the ship and into vacant hotel rooms to quarantine for 14 days, Chargualaf was saddened to read and hear the harsh words and criticism from those who opposed the decision.

“It hurts. These guys, even if they’re not from Guam, they went into military service to defend our freedom. Now that they need our help we are going to let them down? It was a stab in the heart, not only because he’s our grandson. We’re close to the military. That’s my husband’s life. It hurts that people would be saying things like that,” the Asan resident stated.

While her grandson hasn’t said anything about the situation on the ship, Chargualaf is confident the military will take care of the sailors.

On Wednesday, Adm. John Menoni, the commander of Joint Region Marianas, confirmed the military was working with the government of Guam and the Guam Hotel and Restaurant Association to find hotels that could be used to quarantine only those sailors that test negative for COVID-19.

“That was a relief to hear. They’re taking them off the ship and putting them in a safe place and not a tent somewhere in the boondocks, that’s for sure,” said Chargualaf. “They’re not going to be a danger to the public. They’re not going to put the sailors or the community at risk.”

He didn’t say if he’s been tested. “I don’t think he’ll even tell his grandma that with operational security,” she said.

While she and her family wait by their phones, praying for a call, a WhatsApp, or Facebook message from Brandon, Chargualaf sent this message to all the sailors aboard the ship:

“You’re in my heart and I love you all even if I don’t know them. They’re part of my grandson’s crew and the military. It goes deep into my heart.”