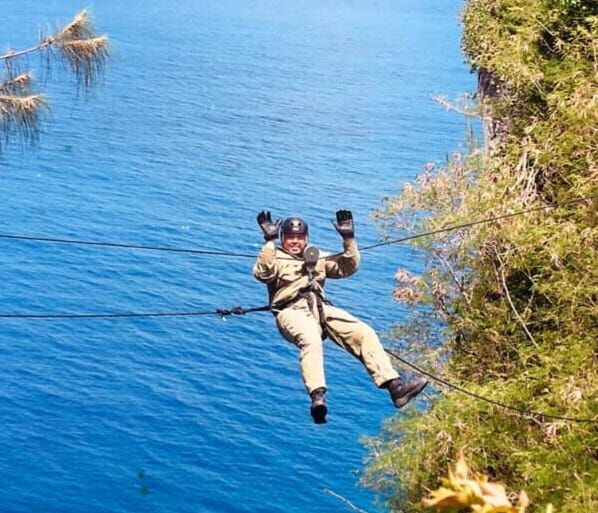 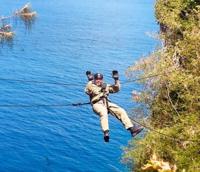 GPD: Retired Guam police Lt. Robert Avellana is shown in his earlier years. He retired a year ago from the Guam Police Department and succumbed to his battle against COVID-19 recently. 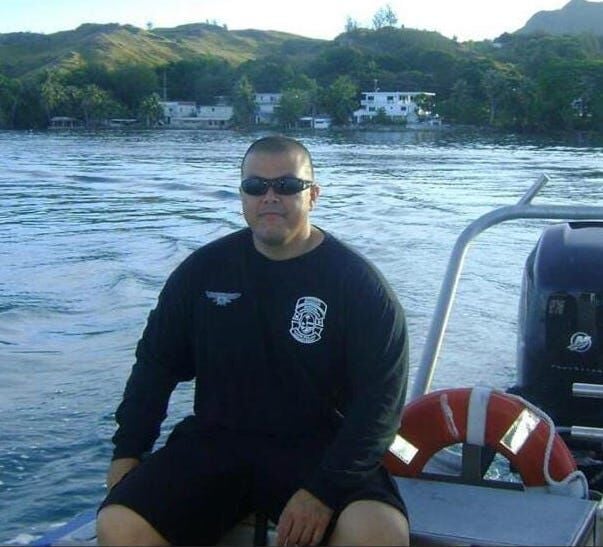 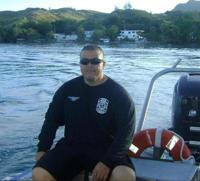 AVELLANA: Retired Guam police Lt. Robert Avellana is shown when he was still in the Guam Police Department. He retired a year ago and succumbed to his battle against COVID-19 recently. Photo courtesy of the Avellana family 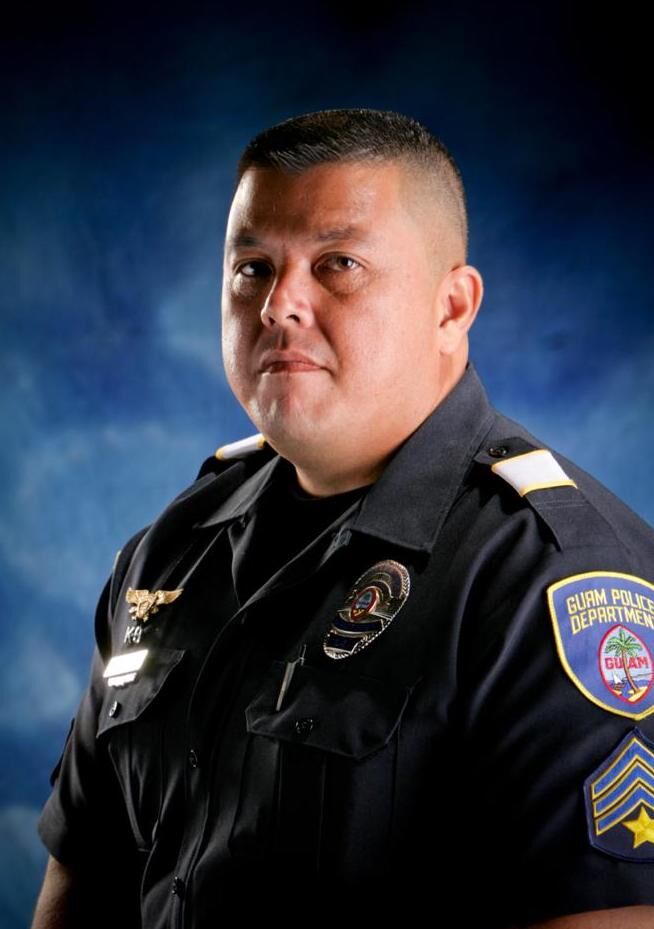 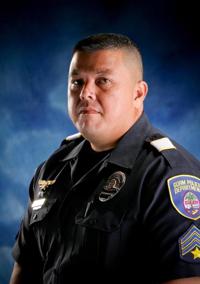 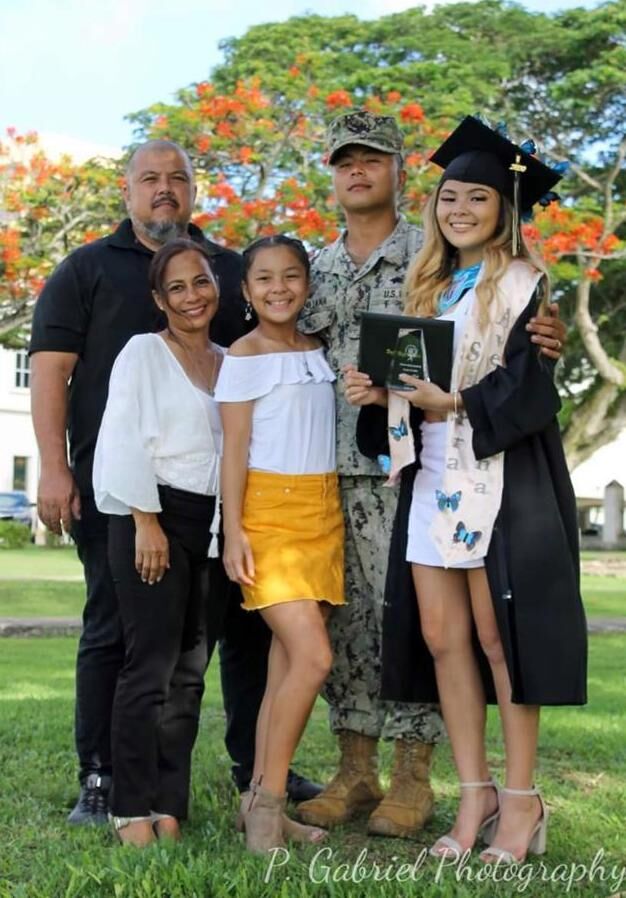 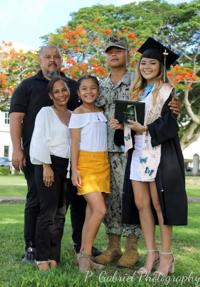 GPD: Retired Guam police Lt. Robert Avellana is shown in his earlier years. He retired a year ago from the Guam Police Department and succumbed to his battle against COVID-19 recently.

AVELLANA: Retired Guam police Lt. Robert Avellana is shown when he was still in the Guam Police Department. He retired a year ago and succumbed to his battle against COVID-19 recently. Photo courtesy of the Avellana family

Retired Guam police Lt. Robert Avellana was a son, a brother, an uncle, a husband, a father, and a soon-to-be grandfather.

He spent his career dedicated to protecting and serving his community and even continued to do so through his security company after he retired from the Guam Police Department last year.

“He was more than a husband. We were actually friends for a long time,” said his wife, Shirley Avellana. “I could always trust and count on him for whatever. He would always say, ‘You know I don’t have as many friends like you’ ... but I noticed that he did have many friends. He was just that kind of person. He always said he was a private person, but he was actually the very easy-going type, humble, down to earth, and I think he just made people comfortable. He was very approachable and respected.”

More than one month after he fell ill to COVID-19, Robert John left peacefully on Oct. 16.

“He may not be here physically, but I know that he’s touched the lives of many. I know that he will never be forgotten, and I am just grateful that we were able to share our lives together,” she said.

Robert Avellana is being remembered as a man who always took care of his family and fellow officers.

One of the last messages Shirley Avellana said she received from her husband was not to worry about the finances, and to wait for him to get home from the hospital.

“It was difficult, but I did still expect him back,” she said. “So I am kind of still in that waiting zone for him.”

But Robert’s family doesn’t want him to be remembered as just another COVID statistic.

Guam has lost 69 people in the COVID-19 pandemic.

“Our youngest brother Robert John Avellana, also known as Batman Bobby, RJ and Sarge, has left us just a little while ago and has started his heavenly journey ... too soon,” said Maria-Elena Blas, his sister. “He had just made his one-year retirement anniversary, he was looking forward to meeting his first grandchild in a few weeks and was just starting to make new memories with his wife and children.

"I just wanted to thank those who have sent prayers and special messages for and to our 'baby brother.' My heart is broken because of his beautiful family who are left behind. Please do not refer to him as a COVID number. He was so much more than that. You just had to know him. ... I am sad that I am speaking of him in the past tense.”

Robert Avellana was admitted to GMH on Sept. 4, according to the Joint Information Center.

Blas said they were able to spend countless hours during his last week via Zoom before he took his final breath. Fortunately, friend Richard Tumanda told them they could ask to use Zoom.

“My brother went away peacefully. We were all there with him. We may not have been in the room with him, but he did not leave alone, we were with him,” she said. “The room was very peaceful and quiet. The nurses and doctor were very respectful of everything. We were shouting things like ‘love you’ and a lot of things.”

The family wished they could have stayed by his side, physically.

“He was there for over 40 days. He fought hard to stay alive. (His wife) wasn’t allowed to go near him and they will tell you it’s to protect the nurses, the doctors. That’s true,” Blas said. “But I think my brother had a lonely passing because he didn’t have the human touch of his family. Why couldn’t they dress her up (in a protective suit) so she could go in there at least one time and say, ‘Babe, I love you. It’s OK. You can go quietly.’”

The hospital told the family that Centers for Disease Control and Prevention guidelines prohibit them from doing so.

“We understand that, but we know that human touch and voices are very important. Not just for my brother who passed, but for my sister-in-law and her children who now don’t have any closure,” she said.

Blas also questioned why health officials find it necessary to mention that any COVID patient had underlying health conditions.

“It’s nobody’s business, but the media puts that out, the government puts that out, somebody puts that out that they died with comorbidities. Why does it matter?” she said, in part, adding later: “Those comorbidities have something to do with their immune system – yes. Is it a factor? Yes. But they went in with COVID and they never left because of COVID, and I think that is what has to change.”

The family hopes that, through their experience, everyone can take safety measures to heart to protect themselves and others against the coronavirus.

“It angers me when our local community isn’t taking it seriously,” Shirley Avellana said. “It has hit home for me. So there is a little bit of anger on people not being cautious and going in large groups, and just ignoring all the signs.”

As Robert Avellana’s family prepares to say their final goodbyes, they are thankful for the moments they did get to spend with him and for the memories they hold close in the years ahead.

“He was just always my rock,” Shirley Avellana said.