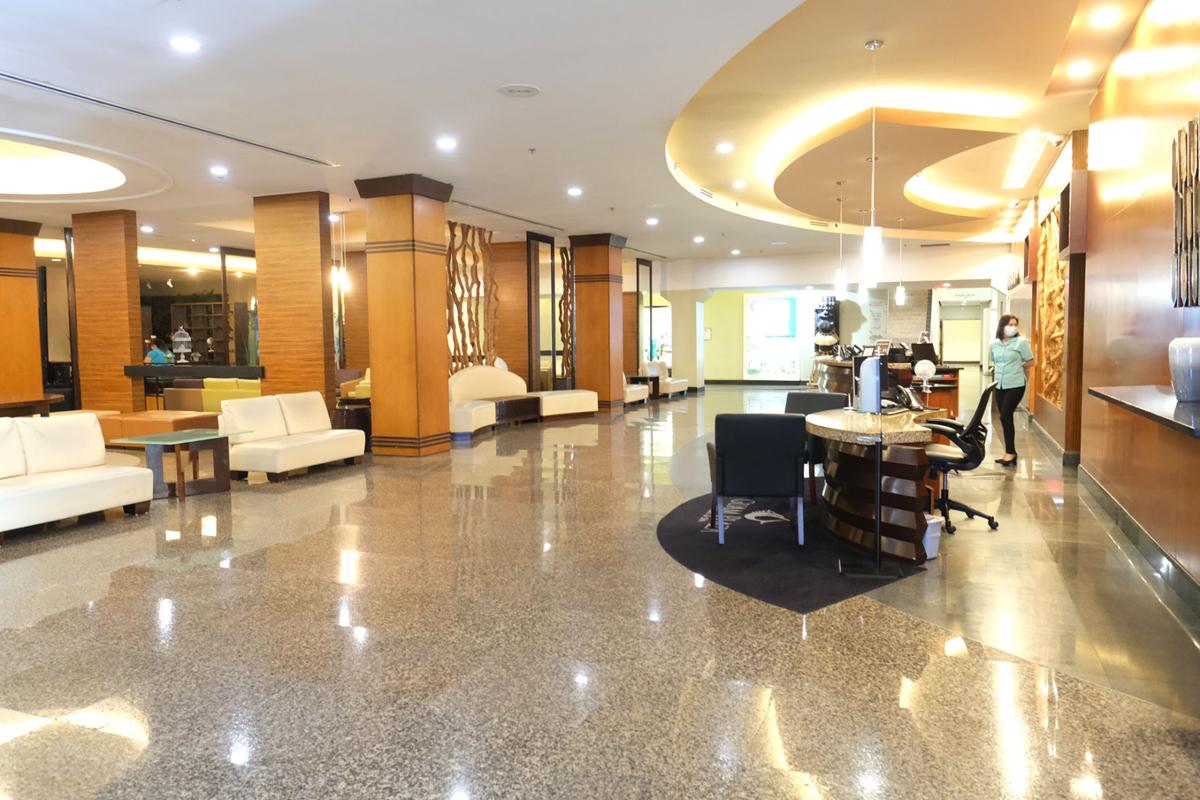 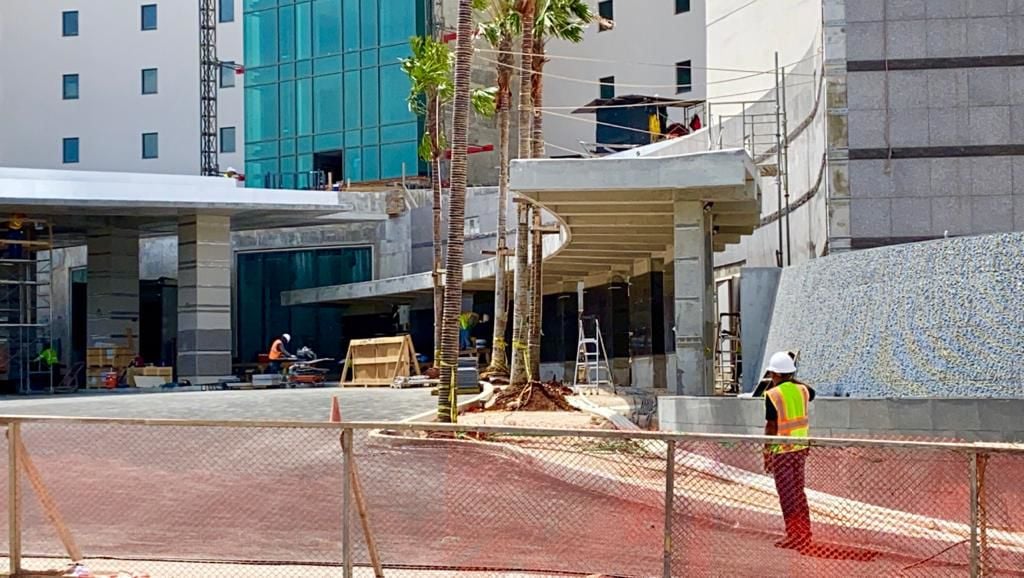 UNDER CONSTRUCTION: Workers continue their work at the latest hotel to rise in Tumon Bay, the Tsubaki Tower, as shown on Tuesday. The governor's public health emergency exempts construction activities from the ban on congregating. Kevin Milan/The Guam Daily Post 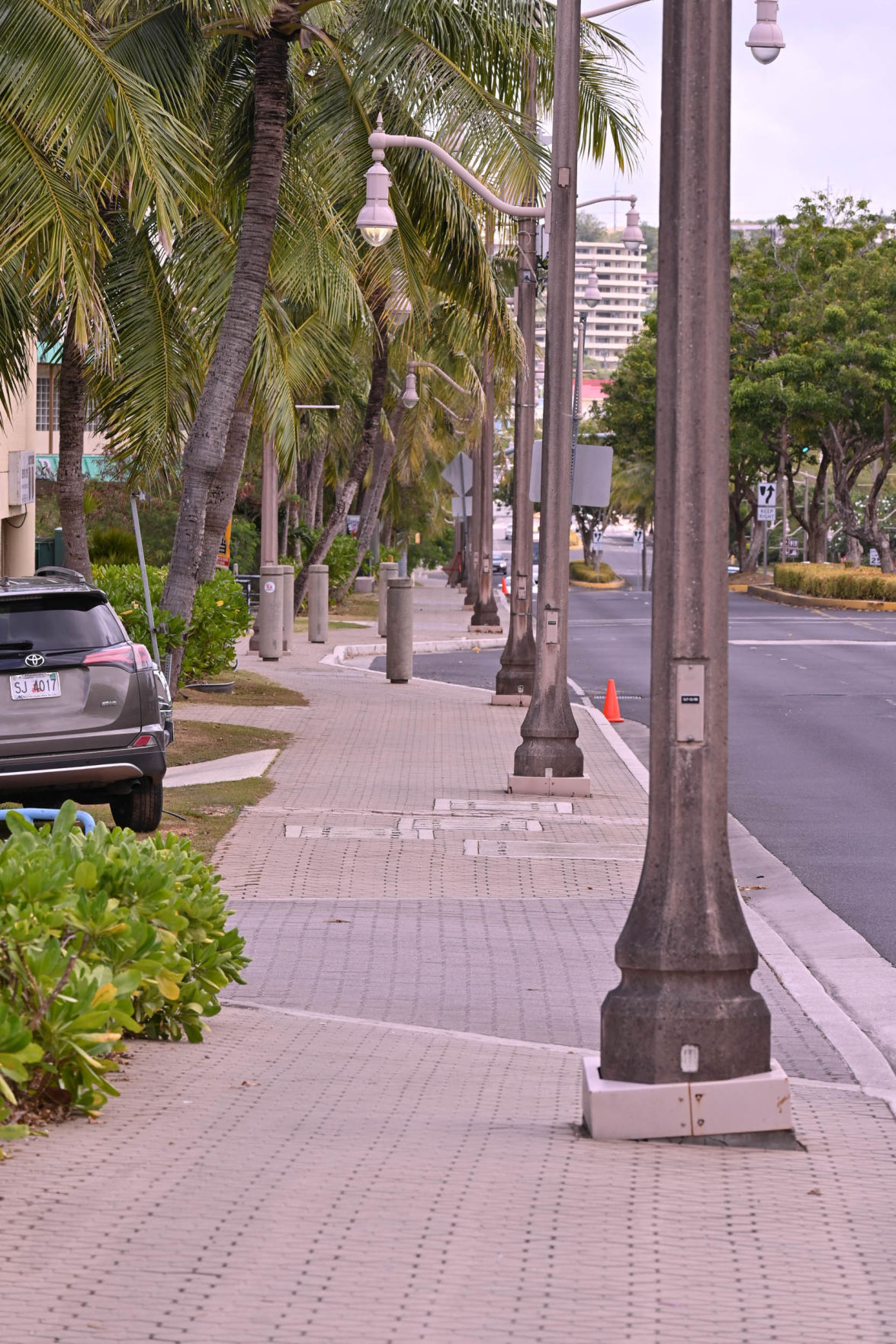 UNDER CONSTRUCTION: Workers continue their work at the latest hotel to rise in Tumon Bay, the Tsubaki Tower, as shown on Tuesday. The governor's public health emergency exempts construction activities from the ban on congregating. Kevin Milan/The Guam Daily Post

Below is a list of hotels that are open and still accepting reservations; however, some amenities such as pools, recreational facilities, fitness centers and restaurants in the properties are closed:

Below is a list of hotels that are closed or not accepting hotel room reservations:

• Pacific Star Resort & Spa (being used as a quarantine facility)

Source: A tour of the area by The Guam Daily Post on Tuesday

Carlita Watanabe cautiously goes out to buy enough groceries to last at least two to three days for her family, limiting the amount of time she spends outside.

As the number of COVID-19 cases on Guam grew – from three to 29 in just several days – Watanabe said it's impossible not to panic.

To reduce further spread of the virus that causes COVID-19, many restaurants and hotels have shut down.

Tumon hotels are empty, restaurants are shuttered – although some are still taking drive-thru customers – and shopping malls are shut temporarily.

Thousands of Guam workers such as Watanabe who work in the tourism, hospitality and retail sectors are going through layoffs and furloughs.

Since the shutdown, her hours have been reduced to 20 a week. She is worried about being able to continue to provide for her family and the bills they have to pay for months to come.

"Yes, maybe we can survive until the following month, (but) we're already thinking about how we're going to pay all the bills," she said.

As of now, she is on leave but returns Thursday to her job as an assistant manager at a restaurant at the Hyatt Regency Guam. While the restaurant is closed, she said, the hotel's deli is still open, delivering food for some guests who stay at the hotel.

Gov. Lou Leon Guerrero's public health emergency declaration allows hotels to continue to book rooms, but function rooms and restaurants inside hotels are not allowed to operate in order to keep people from spreading or contracting the virus. Beaches and parks are closed.

The lobby and reception area of the Guam Plaza Hotel were empty on Tuesday afternoon. Congregating in hotel lobbies isn't allowed as part of the public health emergency restriction. Front desk staff said the hotel is still open, with less than 20 guests occupying rooms.

At Lotte Hotel Guam, management is hoping for the best but preparing for the worst, said Tes Reyes-Burrier, food and beverage director.

The hotel sector faces a prolonged set of restrictions. The governor on Tuesday extended Guam's public health emergency by another 14 days.

For the health and safety of its employees, the hotel has closed its restaurant.

The precautionary measure was taken to prevent the spread of COVID-19 by practicing social distancing, as most of those who work in the food industry work face to face with customers, Reyes-Burrier said.

While employees are home and safe with their families, she said, managers and executives are considering what they can offer in the way of assistance to their 80 to 100 employees, and options that may be offered by the federal and local governments.

Currently, she said, no workers have been laid off at Lotte Hotel Guam.

During this time, Burrier said, Lotte Hotel Guam is looking toward the future and making plans to bounce back from the crisis – using this opportunity to analyze its markets and promotions, and update training material, among other things.

"After this, we really need to work harder and we have to be ready," she said.

"Yes, maybe we can survive until the following month, (but) we're already thinking about how we're going to pay all the bills."