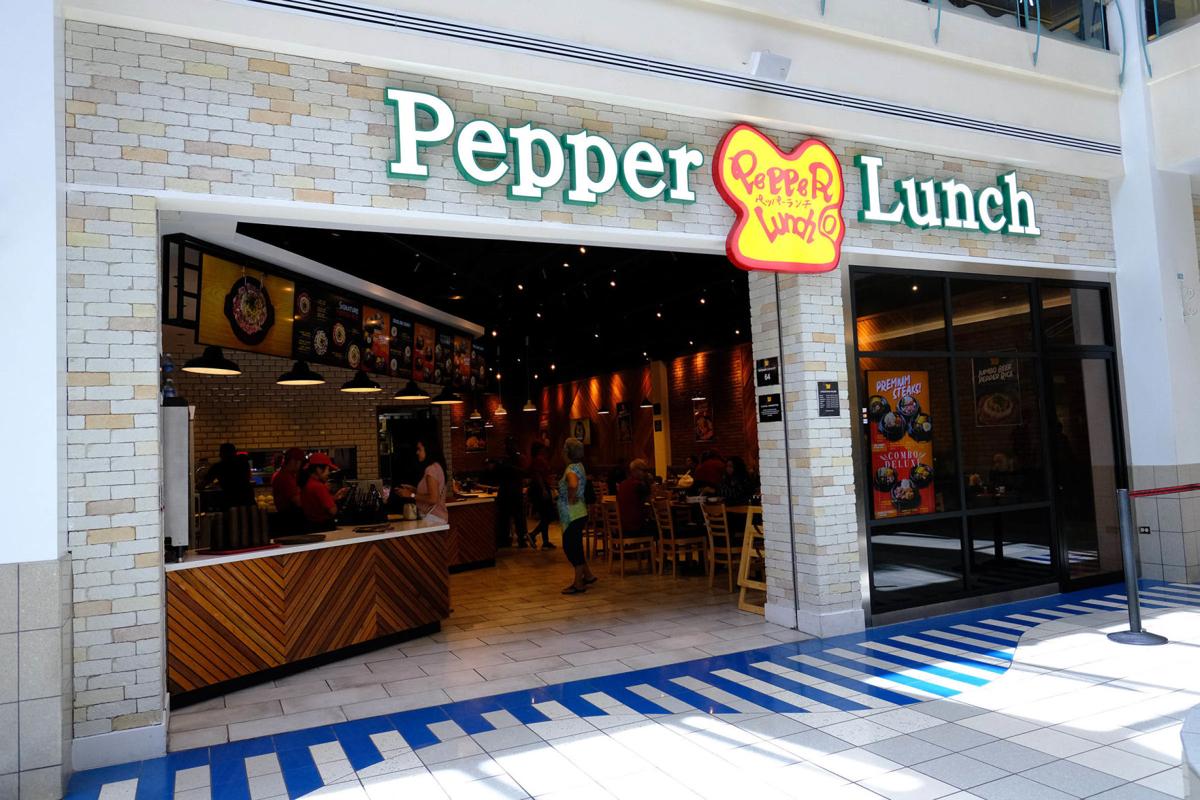 DINE-IN EXPERIENCE: Pepper Lunch, located inside Micronesia Mall, is pictured in May 2019. With the island locked down for a third week in response to the pandemic, local restaurants are struggling with the strict regulations on customer service. Post file photo 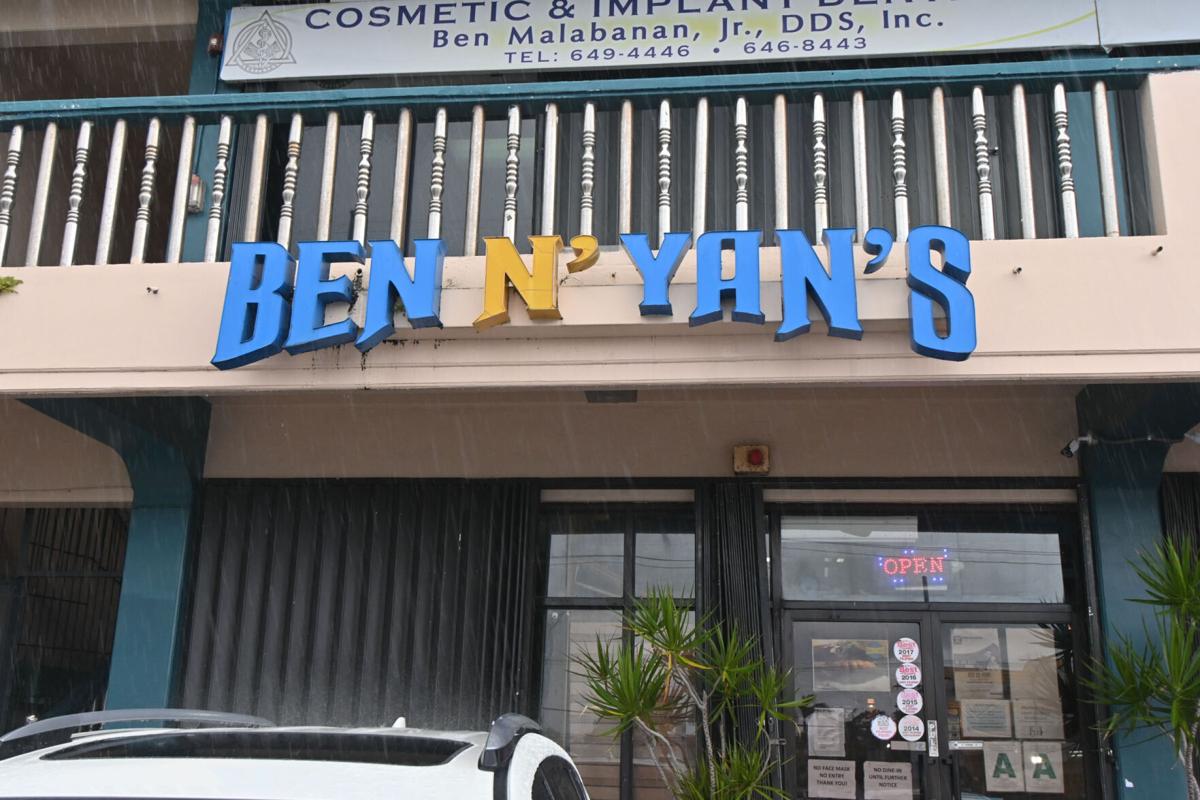 SAFE SERVICE: Ben N' Yan's is pictured in July. With the island locked down for a third week in response to the pandemic, local restaurants are struggling with the strict regulations on customer service. Post file photo

DINE-IN EXPERIENCE: Pepper Lunch, located inside Micronesia Mall, is pictured in May 2019. With the island locked down for a third week in response to the pandemic, local restaurants are struggling with the strict regulations on customer service. Post file photo

SAFE SERVICE: Ben N' Yan's is pictured in July. With the island locked down for a third week in response to the pandemic, local restaurants are struggling with the strict regulations on customer service. Post file photo

For Michelle Kosloski, owner of Michelle's Coffee Shop, it doesn't make sense to allow shoppers to go into grocery stores where they can linger as long as they want, while customers are unable to go inside a restaurant just to pick up and pay for their food with their masks on.

"It just doesn't make sense," Espino said. "You can allow people to be in a supermarket with so many others but not in a restaurant for to-go service. It should really be up to each establishment to implement their safety measures."

Kosloski said at grocery stores, people are allowed to touch much of the merchandise.

For restaurants, customers are limited to staying inside their car to pick up their orders and pay for their food.

"In my personal opinion, customers should be allowed to go inside the restaurant to pick up the food and pay for their food, because it only takes a few minutes to do that. Plus there's not many people around, unlike supermarkets or water stations where there are lots of people at any given time," Kosloski said.

Curbside service only for restaurants, she said, is further limiting the volume of customers they get.

"It's a struggle to survive with only curbside service," she said. "We get fewer and fewer customers, but our landlords don't reduce the rent and even charge late fee even when we're having difficulty because of COVID."

Kosloski and Espino said they're hoping the government will rethink its COVID-19 policies and get rid of the ones that don't make sense at all.

Gov. Lou Leon Guerrero twice extended what was supposed to be a one-week stay-at-home order when COVID-19 cases surged in August.

This lockdown is on its third week, with only essential businesses allowed to open.

For restaurants, which were already closed for months for dine-in during the first round of lockdown starting in March, this latest order is more stringent because it doesn't allow to-go service.

Both Ben N' Yan's and Michelle's Coffee Shop have partnered with islandwide food delivery service Grab N Grub to be able to reach out to more customers.

'We are trying our best'

"We're hurting pretty bad because there's no traffic when the mall is closed," he said. "People go to Pepper Lunch for the dine-in experience. A lockdown is not allowing us to provide that experience."

A handful of restaurants and other tenants at the Micronesia Mall are open for curbside pickup, but even with that, business is not as good as they expected it to be.

Marian Ocampo, manager at Denny's Restaurant at Micronesia Mall, said they had to cut short their business hours because the number of customers has been on a decline.

Casey Truong, owner of Ma's Kitchen in Tamuning, said they're doing about the same amount of business as when they're doing takeouts or curbside delivery.

"We are hanging in there, taking it one day at a time," she said. "Hopefully, this pandemic blows over soon and we can go back to our normal operations."

Kosloski said her initial plan to give a 15% discount to customers who avail of to-go or curbside service is no longer practical, given the increased prices of food products from wholesalers.

"We just reopened our restaurant Tuesday, Sept. 8, after being closed since the August lockdown," she said. "We are trying our best to survive. It's hard."

Bars, taverns and other businesses had it worse. With the exception of a few weeks when they were allowed to reopen at 50% capacity, bars have been closed since March.

Regina Timmermann-Levanas, owner of Old Traditions bar in Tumon, posted on social media an open letter to the governor in which she expressed her disappointment with the government's decisions that she said are harmful to small businesses.

"You talk about the Dave Santos Act, like all the small business owners should be so thankful now," she wrote. "Truth is, so many businesses are closed right now, going on five months with zero income, we have no revenue to pay (gross receipts tax) on."

When sought for an interview, the bar owner said her letter already sums up her and other businesses' sentiments.

She said businesses have no choice but to furlough employees.

"You are talking about creating new jobs in agriculture and telecommunication. That would create new jobs in the future. So you are willing to put money into new avenues way down the road and let the businesses that have been on Guam for years, die. We are struggling now. How about saving current jobs," she wrote.

She said when the governor announced giving out millions to help businesses, there was no money given to the Guam Waterworks Authority and the Guam Power Authority to provide utility bills relief to businesses that have been forced to close.

"Some of your people have no home, no power, no food, no job and no hope. How are we in this together?" she said. "And lastly you, your son, and the lieutenant governor tested positive for the COVID-19 virus. But you are still pointing the fingers at us."

"We get fewer and fewer customers, but our landlords don't reduce the rent and even charge late fee even when we're having difficulty because of COVID." - Michelle Kosloski, owner, Michelle's Coffee Shop