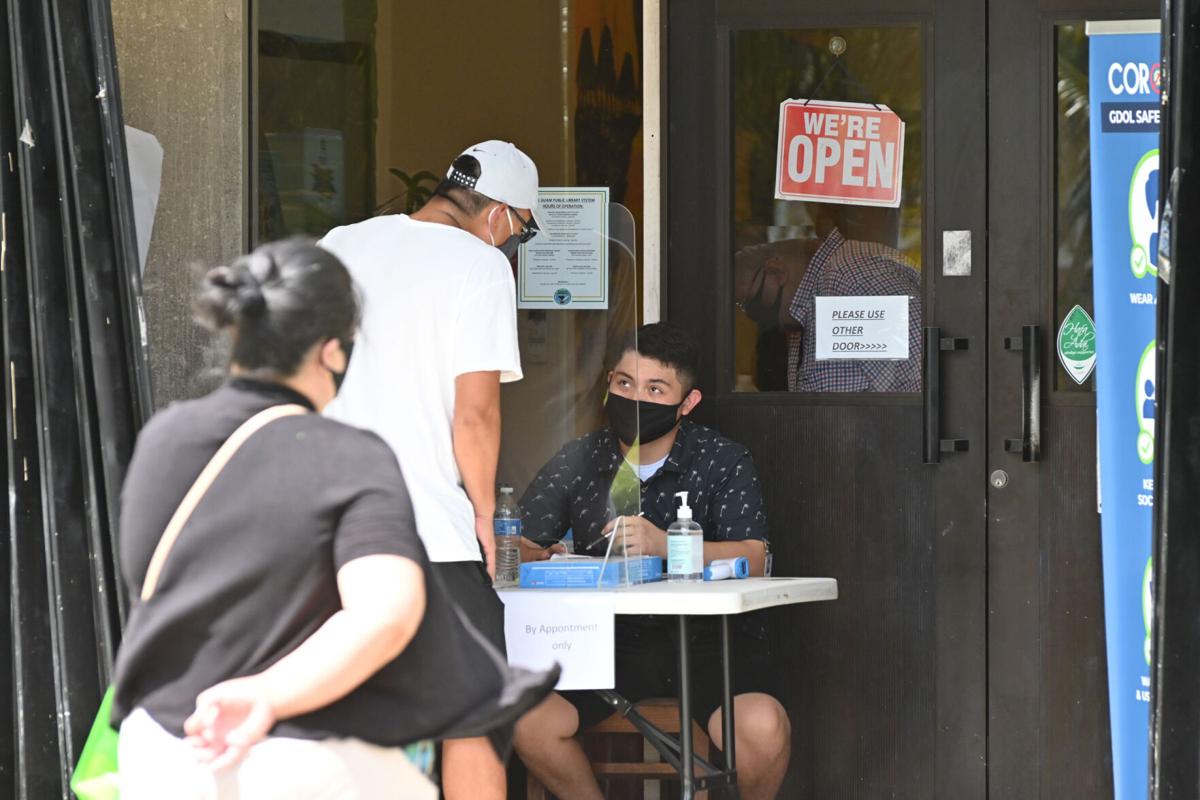 Government of Guam jobs increased by 1.3% while GovGuam employees' weekly earnings jumped by 10.5% in the midst of the coronavirus pandemic that also caused more than 30,000 private sector workers to lose their jobs or get work hour cuts.

Amid the public health crisis, Guam's overall unemployment hit a record-high 19.4% as of December 2020, based on Guam Department of Labor data.

That means 13,850 individuals were completely unemployed during the period, GDOL said in a statement released Tuesday.

The 19.4% is the highest unemployment ever recorded since Guam's Bureau of Labor Statistics started collecting data in the mid-1970s.

It toppled the prior record-breaking unemployment of 17.9% in September 2020.

GovGuam's payroll cost increased by 150 jobs in a year's time during the pandemic as health care workers and first responders were hired. At the same time, many nonessential GovGuam workers stayed home but were still paid during the pandemic.

"If the GovGuam employment numbers are up, I hope it's because critical and essential employees were hired," Sen. James Moylan said.

The senator added that the governor needs to provide a comprehensive economic recovery plan.

GDOL was able to distribute more than $500 million worth of federally funded Pandemic Unemployment Assistance to more than 30,000 pandemic-hit private sector workers, many of whom kept their jobs but at reduced hours.

From March to June, 5,870 private sector jobs were lost.

"By September 2020, the rate of private sector job loss declined for the quarter to 2,270, but the total losses increased to 7,980 and the average weekly hours paid decreased from 36.2 to 31.1 over the year," GDOL said in a statement.

Job reductions by industry through September 2020:

"We're seeing a restoration of employment in some industries in addition to construction," Guam Labor Director David Dell'Isola said in a statement. "The Guam Department of Labor's recovery efforts through the National Dislocated Worker Grant program also created new jobs for hundreds of individuals."

He said GDOL will be shifting this grant money toward up-skilling and retraining opportunities to in-demand occupations as service providers open up classrooms and start to offer programs.

Moylan said he and his colleagues introduced a series of measures seeking to help stimulate the economy, including creating new private sector jobs, and they're open to a discussion with the governor about them.

"This is why we need to override Bill 11 because if things remain status quo, we will never learn of what positions are being hired until it's too late."

The senator also reiterated his call for an override of the governor's veto of Bill 11, which seeks to shift the power to extend public health emergency declarations from the governor to the Legislature.

"This is why we need to override Bill 11 because if things remain status quo, we will never learn of what positions are being hired until it's too late," Moylan said.

Construction is the only industry to show growth over the year, increasing from 7,350 jobs to 8,330 in December 2020, GDOL said.

"Much like Hawaii, a large share of our economy is tourism-related," GDOL Chief Economist Gary Hiles said in a statement. "Hotels and anything that relied on tourism declined due to the pandemic. But because almost all of our tourists are international, recovery is more complex."

Asia's vaccination rate has been low in comparison to the U.S.

On Guam, more than 32,000, or about a quarter of the adult population, have been fully vaccinated.

The governor said if about 62,500 or half of Guam's adult population is vaccinated by May 1, then tourism could reopen and post-travel quarantine requirements could be lifted.