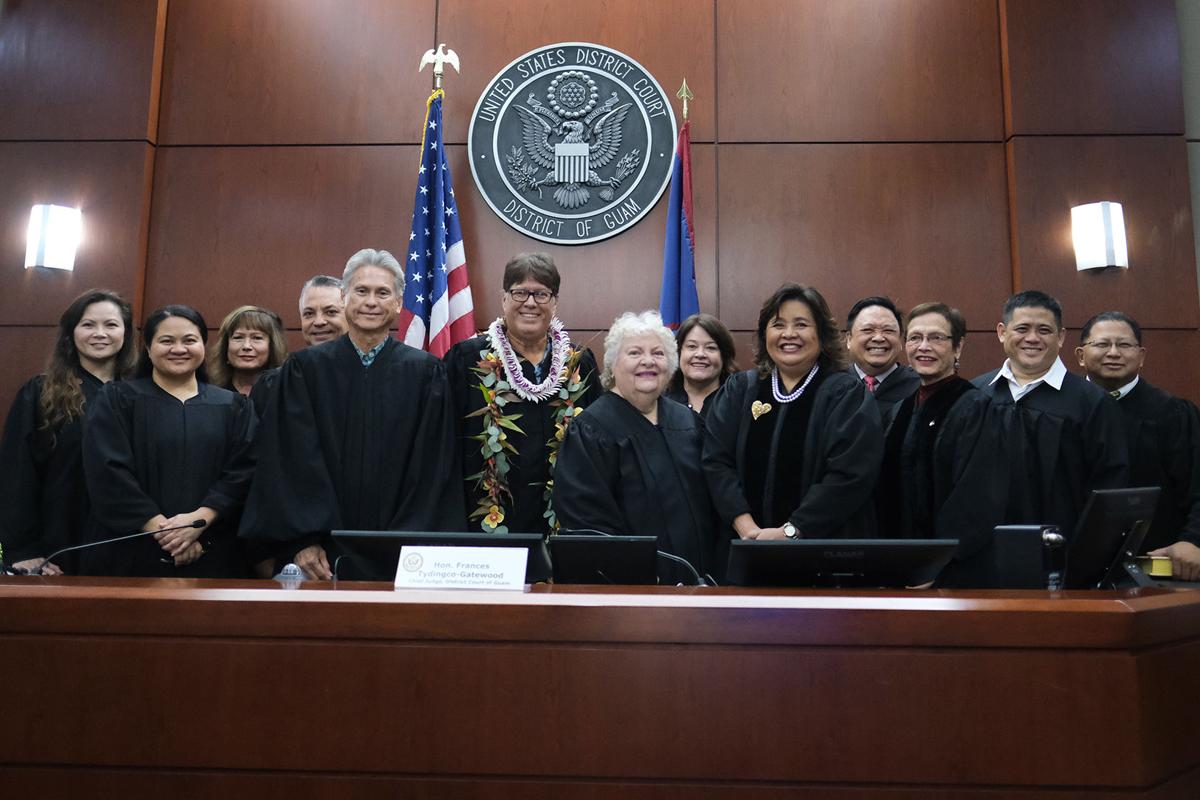 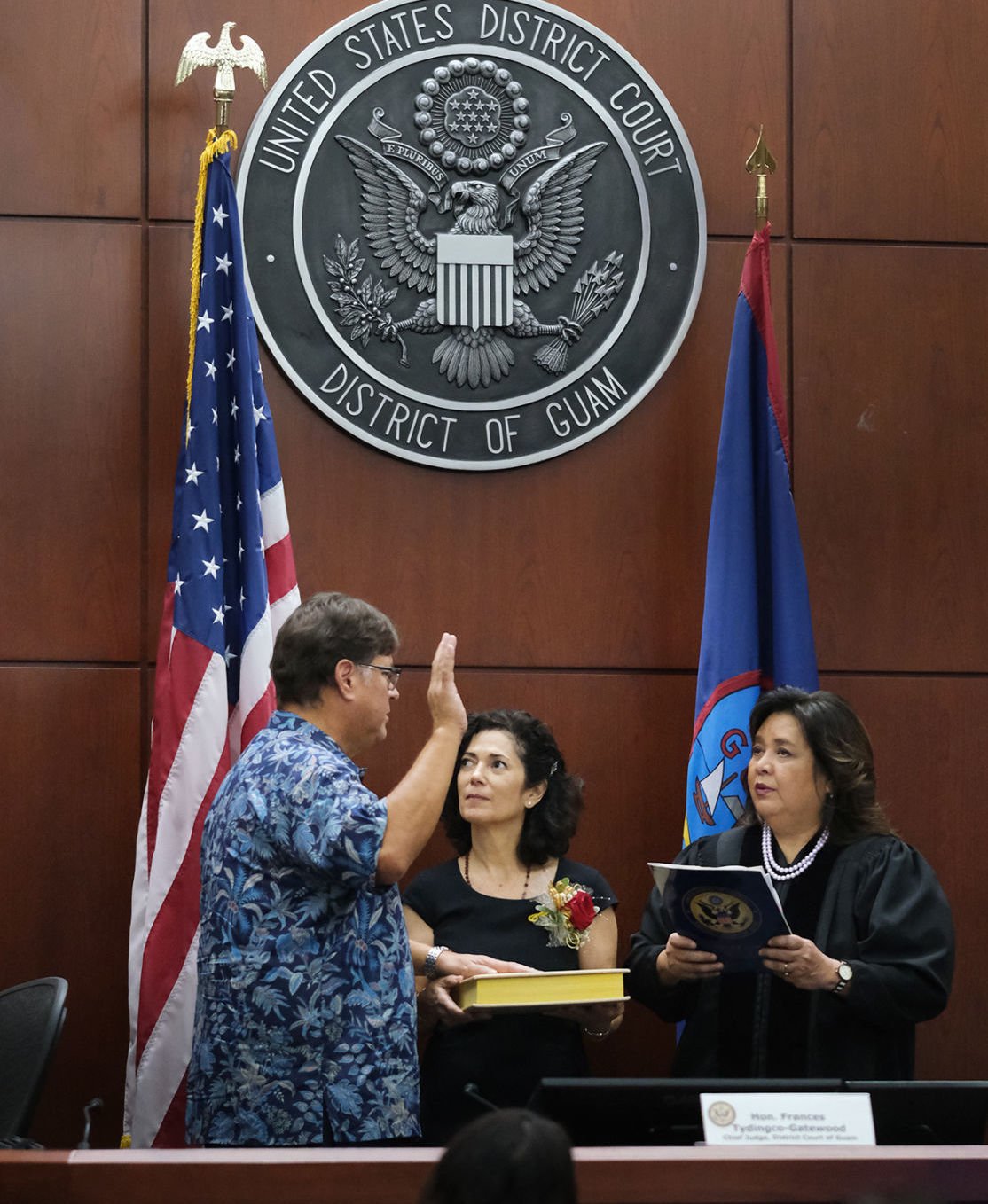 NEW FEDERAL JUDGE: Michael J. Brodallo, left, is sworn into office by Frances Tydingco-Gatewood, right, chief judge of the District Court of Guam. His wife Carla, stands by his side during an investiture ceremony Friday morning in Hagåtña. Norman Taruc/The Guam Daily Post

NEW FEDERAL JUDGE: Michael J. Brodallo, left, is sworn into office by Frances Tydingco-Gatewood, right, chief judge of the District Court of Guam. His wife Carla, stands by his side during an investiture ceremony Friday morning in Hagåtña. Norman Taruc/The Guam Daily Post

Newly sworn in District Court of Guam Magistrate Judge Michael Bordallo put on his judicial robe and his wife, Carla, handed him the gavel after he took the oath to start his new position.

He was joined by family, friends, judges and justices from the Judiciary of Guam and more during Friday morning’s investiture ceremony.

“As I was moving my stuff over from the court, ironically enough I found my speech from when I was sworn in 22 years ago. The first thing it said was (the Department of Corrections) was in a state of crisis. So some things have changed and some things have quite not changed,” said Bordallo. “I know they say you can’t teach an old dog new tricks but I am more than willing to learn and I hope with a little patience I will be able to come up to speed.”

Chief Judge Frances Tydingco-Gatewood said the selection process for the new judge's seat was competitive and included an FBI and IRS investigation.

Gatewood administered the oath and welcomed the new magistrate judge to the federal courthouse.

“We look for ways to try to solve problems so we don’t have to come to court,” said Bordallo. “So with that in mind we just hope we can continue that and try to make sure parties do their best," Bordallo said.

Bordallo, who moved over from the Superior Court of Guam, replaced retired federal Judge Joaquin Manibusan who also attended the ceremony.