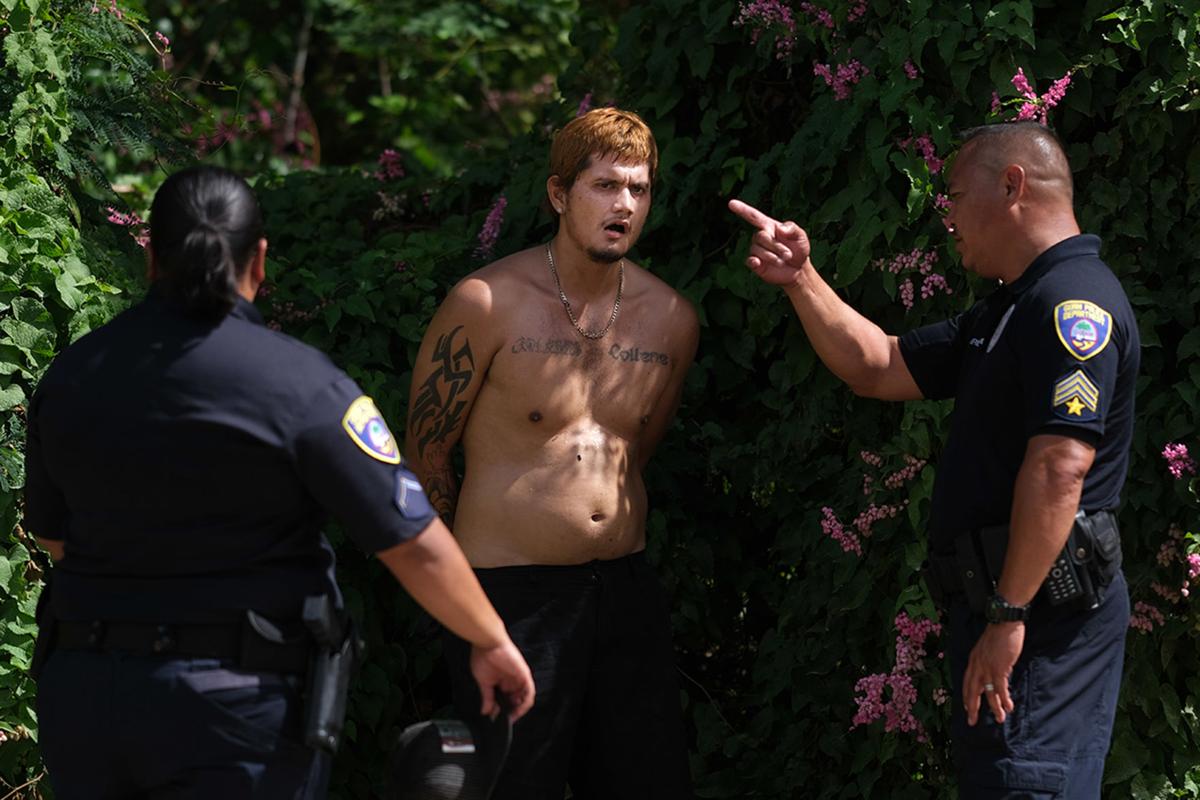 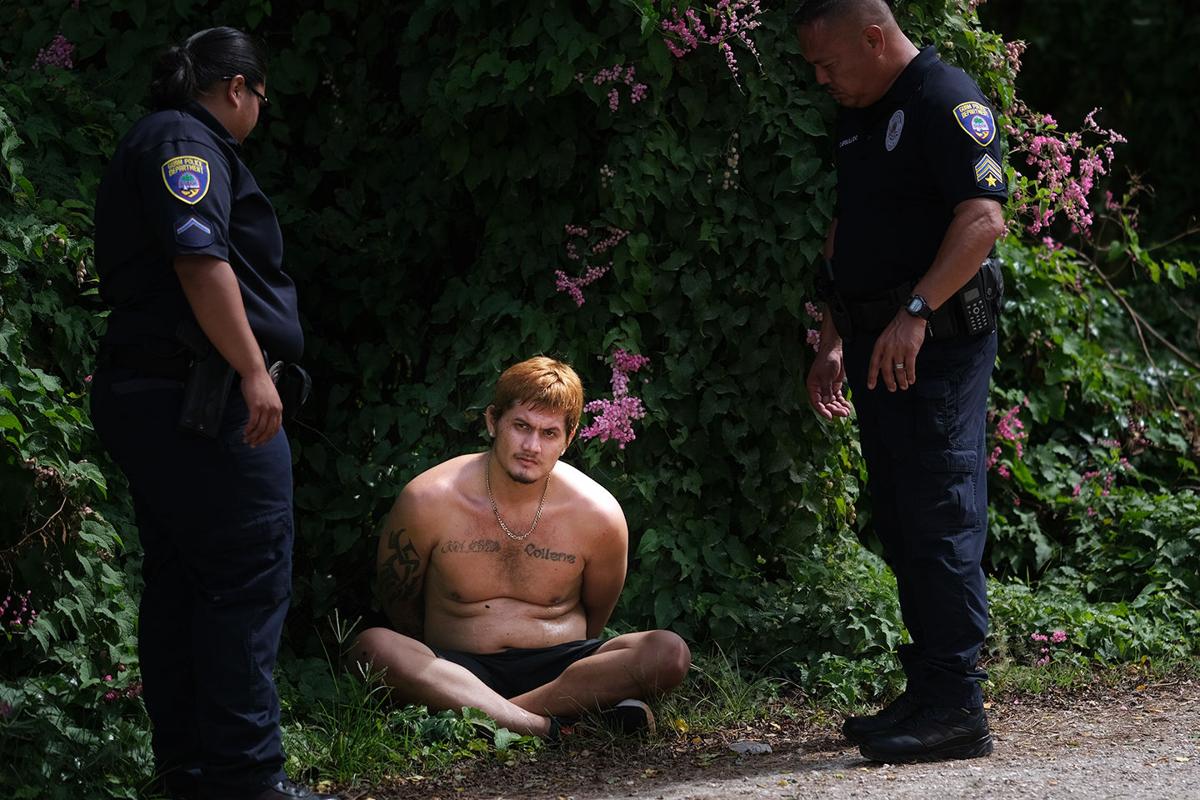 Benjamin Ferrer Jr. sits by the jungle after being apprehended by Guam police on Fausto Pangelinan Street in Mangilao on Friday afternoon. Ferrer had just led police on a high speed chase through Dededo and Mangilao. Norman M. Taruc/The Guam Daily Post

Benjamin Ferrer Jr. sits by the jungle after being apprehended by Guam police on Fausto Pangelinan Street in Mangilao on Friday afternoon. Ferrer had just led police on a high speed chase through Dededo and Mangilao. Norman M. Taruc/The Guam Daily Post

A 2-month-old infant and two other children ages 2 and 11 years old were in the SUV during a high-speed chase that stretched for miles Friday, court documents state.

The children were not secured in car seats or seat belts as Benjamin Ferrer Jr., 24, was driving at speeds of more than 50 mph, narrowly avoiding collisions and nearly hitting a pedestrian, court documents state.

Ferrer has been charged with child abuse, criminal trespass, unauthorized use of a motor vehicle and eluding a police officer in the Superior Court of Guam.

The chase started when Ferrer was spotted in Sinajana, driving a Toyota Highlander that he was briefly allowed to use to – only to buy drinks – but he ended up not returning the vehicle, the magistrate's complaint filed against Ferrer stated.

Ferrer was spotted driving the SUV in Sinajana. When police signaled the SUV driver to stop, it sped away instead.

The driver continued trying to evade police through Mangilao, taking Route 15, and then turning to Marine Corps Drive, where he led police through Dededo and proceeding toward Latte Heights in Mangilao.

The chase ended in a private property along Fausto Pangelinan Street in Mangilao near Latte Heights, where the suspect abandoned the car and attempted to flee on foot.

A police officer at the scene was heard telling Ferrer, he could have caused the death of someone during the chase.

The vehicle fled at speeds exceeding 50 mph, according to police. Police noted that a pedestrian was almost struck by the Highlander and several near-collisions were

More than eight police cars were seen chasing the SUV in Dededo. Traffic on both north- and south-bound lanes came to a standstill as GPD stopped vehicles to set up some sort of roadblock but the driver ignored them and drove through.

At one point, a police vehicle drove off the road and nearly into the jungle to avoid the SUV.

Ferrer’s record extends back to 2013 in an aggravated assault and robbery case. In the following years, he has had other arrests in cases involving theft, burglary, fraudulent use of credit cards, reckless driving and criminal mischief.

System for providing cash relief, unemployment benefits must be in place ASAP

Praying for the governor's health and courage