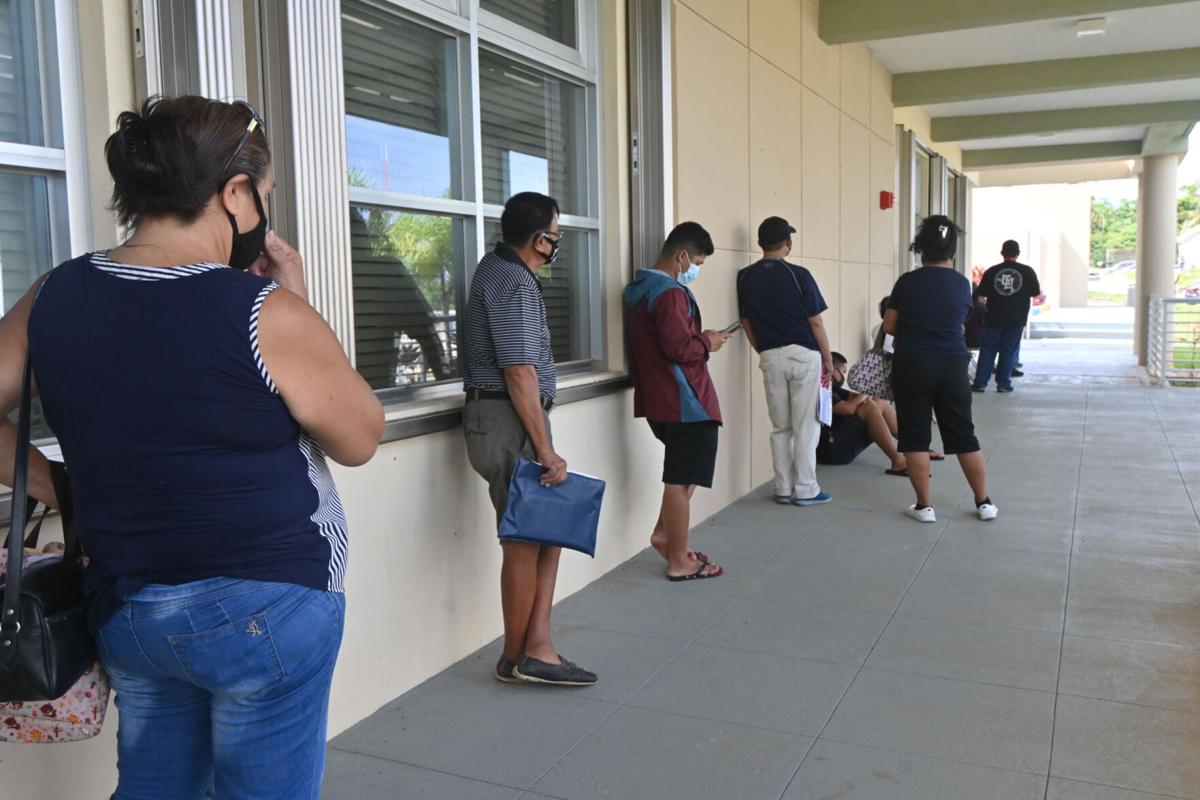 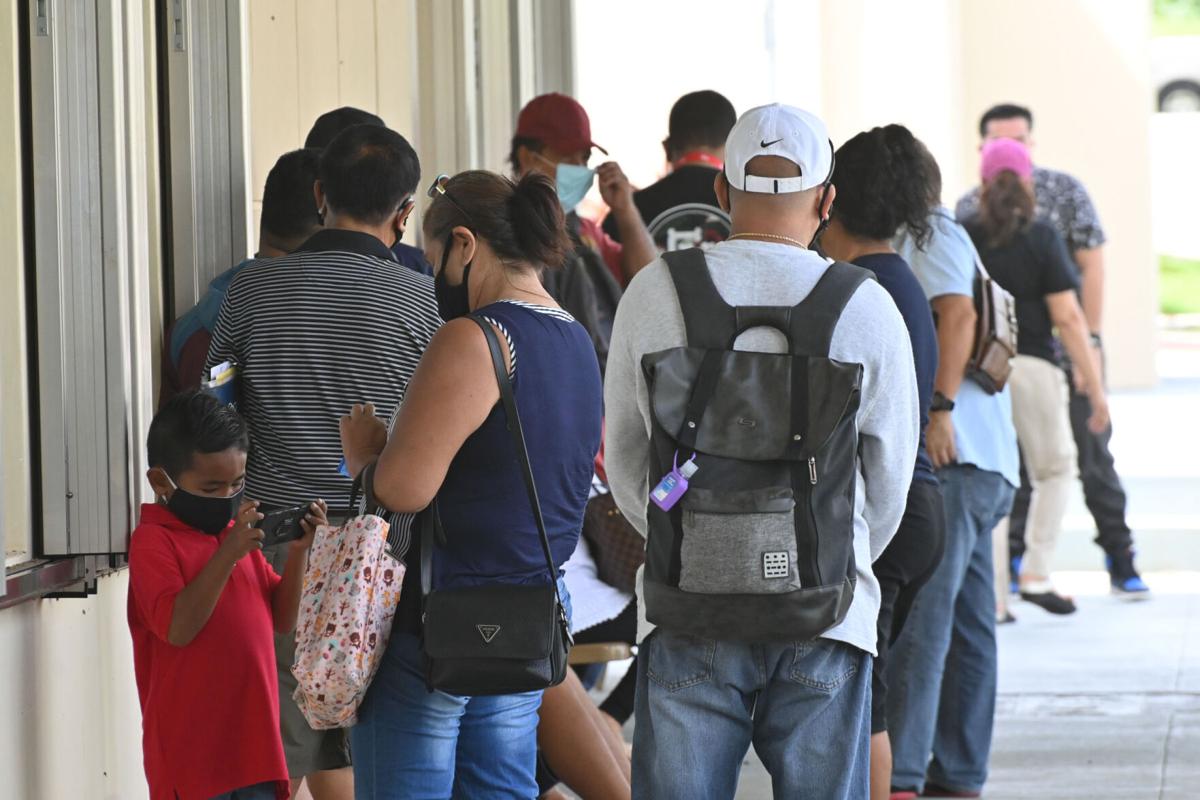 Emerson Uy’s next step is unclear after he received a phone call from the Guam Department of Labor telling him he received more than he should have in unemployment benefits.

Uy, a worker furloughed from his job in March, on Tuesday said Labor officials haven’t yet contacted him after that initial call weeks ago. He’s not sure what led to the overpayment.

He’s among more than 35,360 people who have filed for unemployment benefits, which Labor officials are scrutinizing.

Labor Director David Dell'Isola told senators Friday that his agency has started a new division focused on handling overpayment of federal unemployment benefits, as well as appeals from those who were denied the pandemic aid.

Labor, he said, is finalizing the processes for the implementation plan.

"We are getting overpayments and we're starting to get appeals," Dell'Isola said at the legislative oversight hearing on the PUA program.

The director said he hopes the new division will be able to "very soon" start hearing appeals.

"Appeals happen when we deny applications because they are not fitting the COVID-19 reasons," he said. "Everybody has a right to appeal.”

Among those who will be appealing is Yukie Shimabukuro who said she too received a call from Labor just three days after getting her much anticipated and much needed unemployment check. She was told that she has been disqualified from receiving Pandemic Unemployment Assistance.

"And that I must pay for the first check that I've already received and used," Shimabukuro told The Guam Daily Post.

Shimabukuro said there’s a discrepancy that has to be addressed. She hopes the details of her circumstances will be considered as she plans to appeal her case with the Guam Department of Labor.

As of Wednesday, Labor had yet to issue the standard procedures or guidelines that displaced workers need to follow in filing an appeal of a denial or disqualification from the federal funded unemployment aid program. The Guam Daily Post tried to get details from Labor.

And with no process in place, she’s not sure where to start or if she needs a lawyer — something she can’t afford right now.

Shimabukuro said she and her children suffered through the pandemic.

”This whole COVID-19 was a huge struggle for all of us who were unemployed. Now they want to hurt me some more, financially," she said.

The overpayments have been happening as workers find it difficult to  navigate the online application program.

Labor, which just recently developed the new unemployment program for Guam, is overwhelmed with more than 35,360 unemployment claims.

A number of displaced workers across the United States have received excess payments also, officials said.

Senators lauded Labor's efforts in trying to distribute more than $200 million in federal unemployment claims to as many people as possible.

But they also acknowledged that the program is so massive that the assistance is taking longer to reach a smaller number of workers for a variety of reasons.

Among those who are still waiting is Laylani Ferrer.

Ferrer said she was laid off at Guam Reef Hotel in March. She applied for unemployment benefits June 1.

"I was told that there's an issue with my online application. I asked for further help so I called and emailed but I didn't hear back from them," Ferrer said.

For more than three months, she couldn't work to earn a paycheck. Meanwhile, the bills started to pile up, especially with another family member also displaced by the coronavirus.

"I almost gave up on this," she said, adding that she will again try to contact Labor and make an in-person appointment to fix her claims issues.

Ferrer found a new job and started working full-time July 6. But her furlough as a hotel worker as a direct result of the COVID-19 pandemic makes her eligible to receive PUA.

As of Tuesday, 1,996 Guam employers reported on hireguam.com that 35,013 of their workers have been laid off, furloughed or had their work hours reduced as a direct result of the COVID-19 pandemic, according to Labor's special projects coordinator Hannah Cho.

But the total initial unemployment claims filed is 35,369.

That's more than the actual number of displaced workers that employers confirmed.

An initial response from Labor on Tuesday was that the discrepancy may be a combination of fraudulent claims filed as of late, and the exclusion from the employee separation notices data of self-employed individuals who have applied for PUA.

Labor has yet to release the number of self-employed people who have availed of the PUA program.

Claims for unemployment starting July 26 amount to only up to $345 a week on Guam.

That's because the added $600 a week in Federal Pandemic Unemployment Compensation ended July 25.

But the U.S. Senate Republicans on Monday introduced a new coronavirus stimulus bill that will continue the FPUC but only for $200 a week through September.

It was the Republicans' opening bid for negotiations with the Democrats in Congress, who wanted the $600 a week FPUC to continue at least through the end of the year.