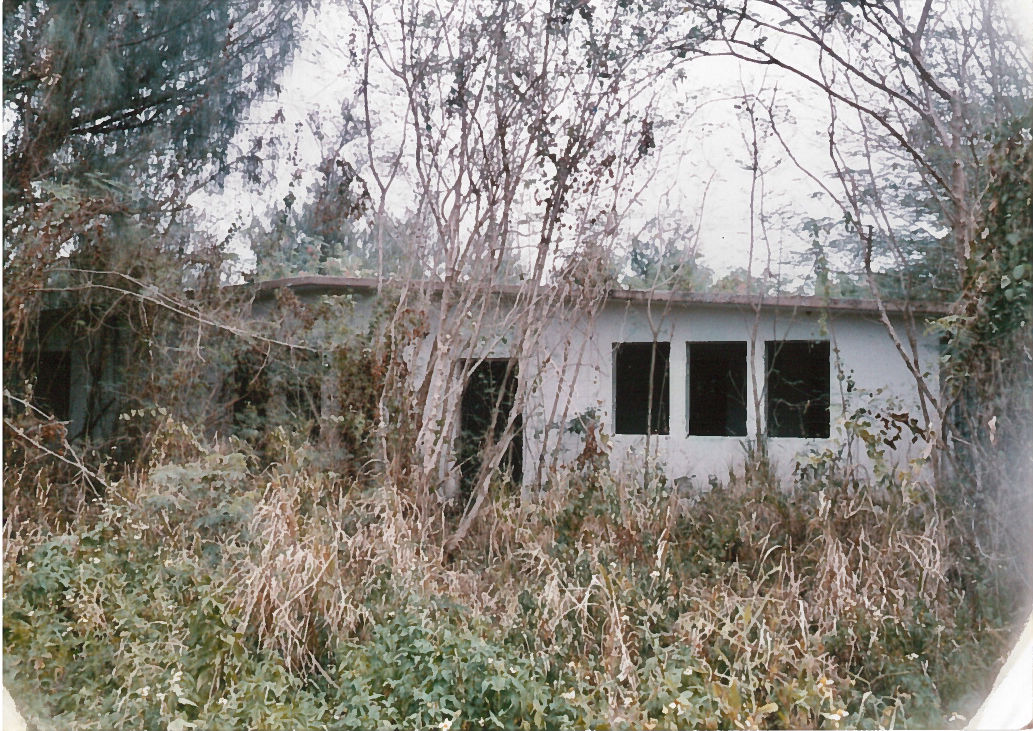 This 2007 image shows what one of the houses looked like prior to improvement efforts by Sågan Kotturan Chamoru (SKC). Photo courtesy of SKC 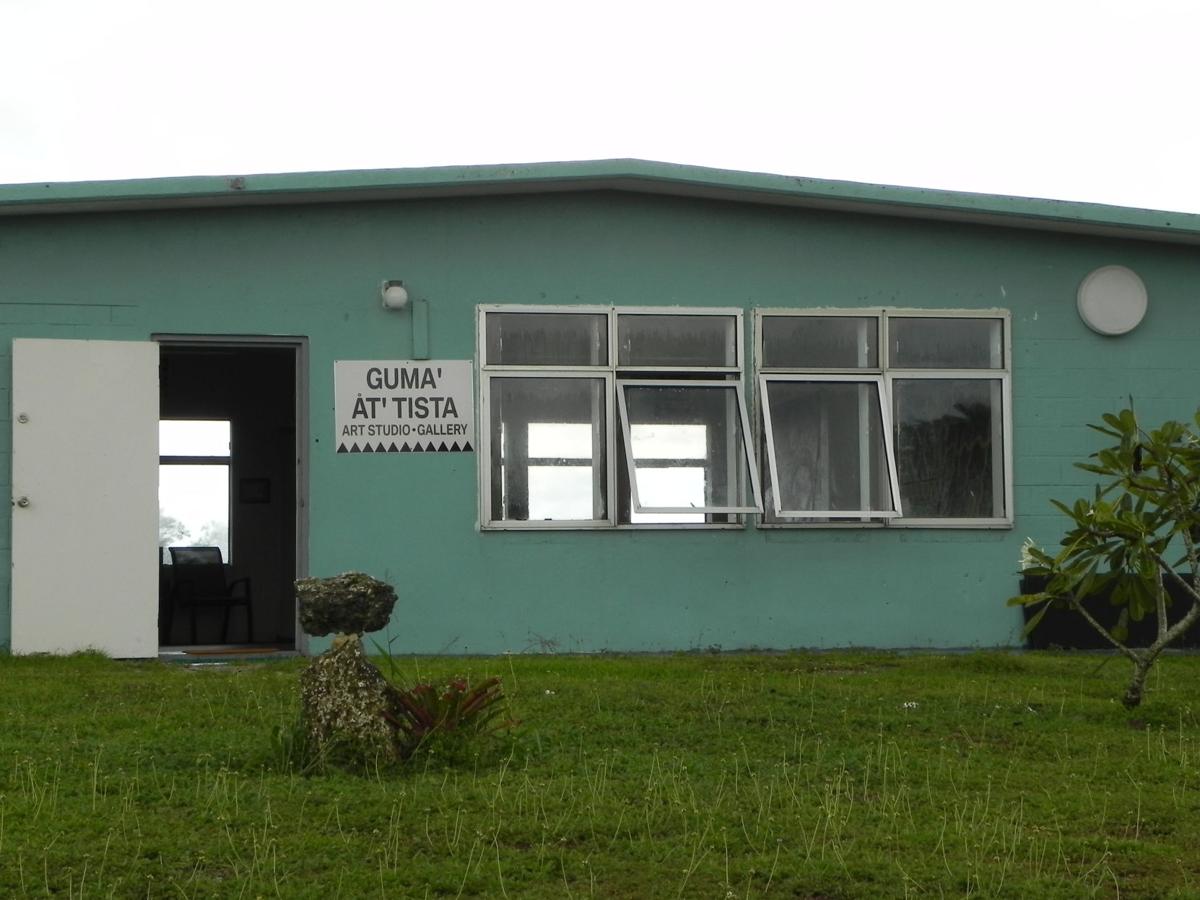 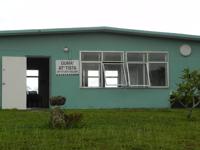 This recent photo shows what the same house looks like now after improvement efforts by Sågan Kotturan Chamoru. According to SKC board treasurer Ray Leon Guerrero, it took eight years of work by volunteers to develop the property to make it usable by the nonprofit Inadahen I Lina'la' Kotturan Chamoru Inc., which now utilizes the property. Neil Pang/Post

This 2007 image shows what one of the houses looked like prior to improvement efforts by Sågan Kotturan Chamoru (SKC). Photo courtesy of SKC

This recent photo shows what the same house looks like now after improvement efforts by Sågan Kotturan Chamoru. According to SKC board treasurer Ray Leon Guerrero, it took eight years of work by volunteers to develop the property to make it usable by the nonprofit Inadahen I Lina'la' Kotturan Chamoru Inc., which now utilizes the property. Neil Pang/Post

The Tamuning-Tumon-Harmon Municipal Planning Council (TaTuHa MPC) approved a resolution indicating their inability to support legislative proposals that would reserve land for the construction of a reburial facility for disinterred ancestral remains and create a legislative lease agreement for a Chamorro cultural center that would last for a 99-year period.

According to a resolution passed on Oct. 6, the TaHuHa MPC stated that they could not support legislative bills 374-33 or 375-33.

Bill 374 calls for the reservation of approximately 8 acres of land for the construction of "Nåftan Mañaina-ta," an entombment facility for ancestral remains disinterred by development projects before 1989 including the Hornbostel Collection, a collection of more than 500 ancestral Chamorro remains unearthed in the 1920s by amateur anthropologist Hans Hornbostel for the Bernice B. Bishop Museum of Honolulu and repatriated to Guam in 2000.

Bill 375 proposes a legislative lease agreement for the use of another plot of land adjacent to the Ypao Point property proposed for the Chamorro Shrine. Currently, the land is used by Sågan Kotturan Chamoru (SKC) under provisions of a license provided by the Chamorro Land Trust Commission (CLTC). The lease agreement proposed by the legislation would last for 99 years and provides no provision for termination.

The resolution passed by the TaTuHa MPC stated that while they recognize and support the spirit and purpose of the bills, they cannot support them for a number of reasons including the lack of a comprehensive master plan or feasibility study for Ypao Point, the fact that the bills were drafted without any input or participation of the Municipal Planning Council and Tamuning residents and that the bills "do not take into account the best use of the property."

"The Municipal Planning Council requests that a comprehensive master plan for the best use and development of Ypao Point be developed before pledging any support or opposition to any future plans or legislation related to Yapao Point," the resolution stated.

Tamuning-Tumon-Harmon Mayor Louise Rivera said that the Municipal Planning Council heard presentations from representatives of CLTC and others that indicated that there were a number of organizations that had expressed interest in developing the land proposed for reservation in the bills.

According to Department of Land Management Director Mike Borja, the potential revenue generation from commercial lease agreements on the properties in question could be used for various capital improvement projects on other lands within its land inventory.

Borja reported during the initial public hearings that the plots of land proposed by Bills 374 and 375 are worth approximately $19 million and $4.3 million respectively.

While the bills are still awaiting legislative action, the fact that they have been proposed and fast-tracked has raised concerns for some who feel the timing of the bills' introductions in an election year calls into question the intentions behind their proposal.

"The lack of a comprehensive master plan or feasibility study for Ypao Point calls to question the true legislative intent of Bill 374-33 and Bill 375-33," the TaHuHa MPC resolution stated.

Other issues raised during the initial public hearing on the bills included SKC's failure to comply with the provisions of the current license that grants them use of the Ypao Point property.

During a public hearing held on Oct. 6, Borja reported that the organization currently licensed to use the property, the nonprofit known as Inadahen I Lina'la' Kotturan Chamoru Inc., failed to comply with the terms of the license in regard to its renewal and have been behind on their taxes since 2014.

The current license, which was established in 2006, granted SKC use of the property for five years with provisions to renew the license for three additional five-year terms. According to Borja, the non-profit had failed to submit the requisite request for renewal.

The Post had previously spoken to representatives of SKC, who said plans to submit the request were underway and would be completed before the deadline of expiration.

According to Ray Leon Guerrero, the newly elected treasurer of SKC, the organization is now up to date on its taxes and is set to keep its current license for the next five years. Under the license provisions, the cultural center has up to 10 more years to use the property after which, unless other arrangements are made, they will no longer be able to use the property.

Leon Guerrero told the Post that while they got the license to use the land in 2006, the cultural center did not become open to the public until 2014 because of the immense work involved in developing the property.

"Everything was overgrown and there was jungle everywhere," he said. "All the work was done by volunteers who committed time and sweat to making the land usable for the cultural center."

Leon Guerrero said he felt the cultural center served a unique and necessary purpose for the Chamorro people. SKC currently provides a venue for education of locals and visitors who can come to the center and witness traditional crafts being done by longtime practitioners.

Julie Benavente, a body ornamentation specialist, said she had recently apprenticed five individuals under her tutelage in body ornamentation. She said the products created by SKC's artisans not only perpetuate Chamorro culture and tradition, but they also attract the attention of visitors and tourists who want to see and purchase handmade crafts created using traditional techniques.

Leon Guerrero said SKC's current focus is going forward and ensuring DLM officials and others that the center provides invaluable services not found elsewhere. To that end, he reported they had recently submitted a list of events that SKC had conducted over the past eight years. According to Leon Guerrero, the center hosts field trips for schools, various cultural festivals and a number of craft workshops open to the public.

Major public events at a cultural center on government land in Tumon, near Ypao Point, have been suspended because of liability and safety concerns.