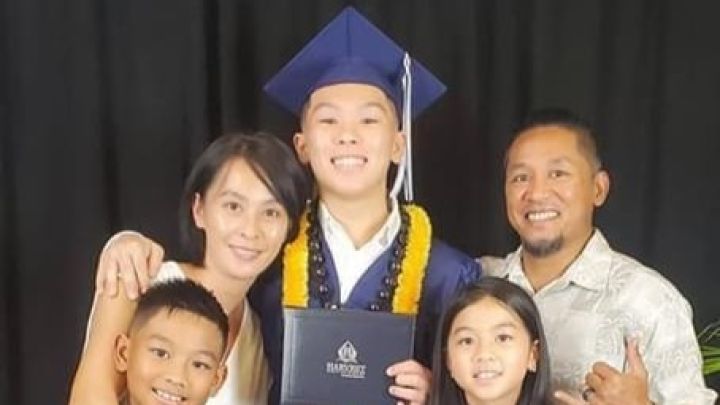 EDA: Ryo Eda, 18, a member of the class of 2020 at Harvest Christian Academy, is shown with his parents and siblings at his graduation. The teen is being mourned after he died while hiking and swimming at the Marbo Cave area. Photo courtesy of a GoFundMe page for Ryo Eda 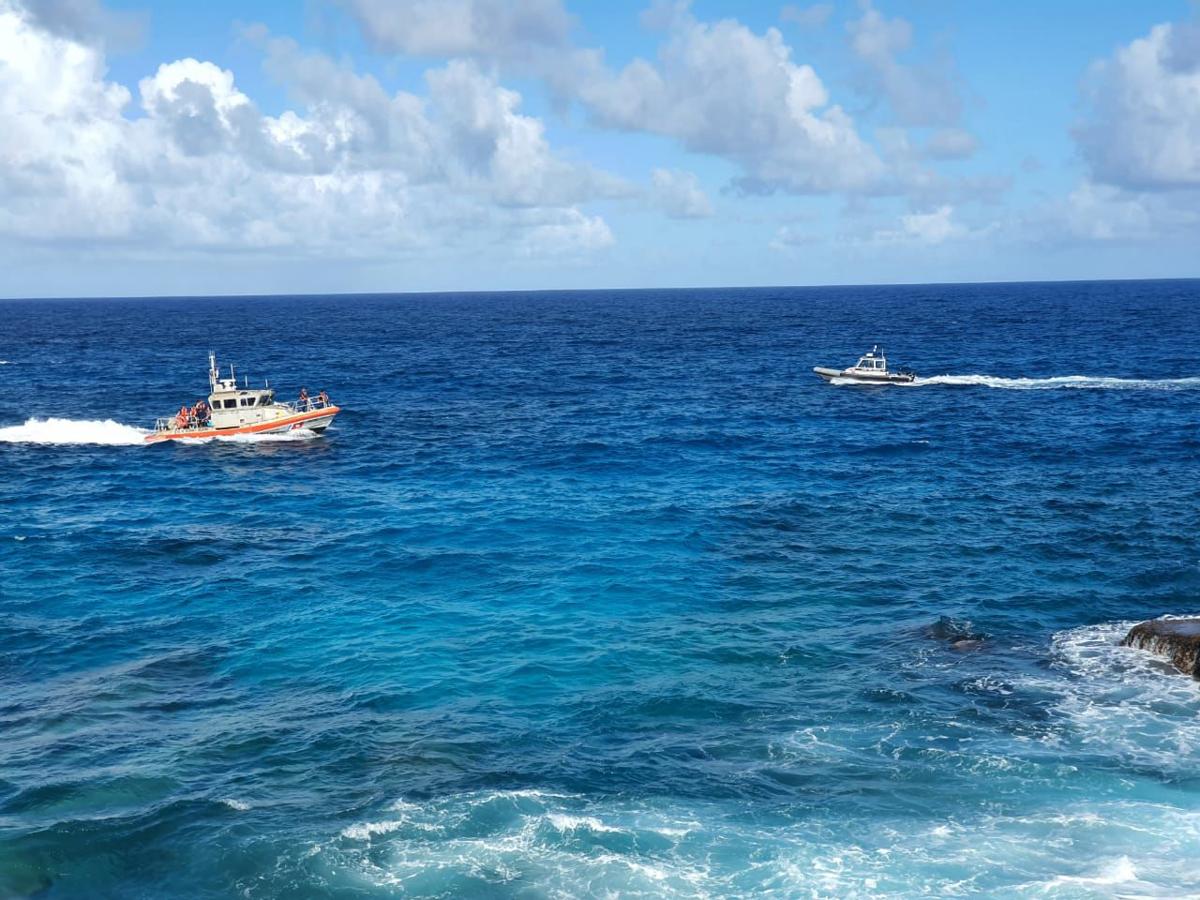 EDA: Ryo Eda, 18, a member of the class of 2020 at Harvest Christian Academy, is shown with his parents and siblings at his graduation. The teen is being mourned after he died while hiking and swimming at the Marbo Cave area. Photo courtesy of a GoFundMe page for Ryo Eda

A recent class of 2020 graduate of Harvest Christian Academy is being mourned by his family, his friends and the school community.

Ryo Eda, 18, was the young man whose life was cut short after his dive into the waters at the Marbo Cave area turned fatal.

He was hiking with a group of new graduates from his school – an adventure not organized by the school – when he took a dive from the cliff.

A 911 call was made at 2:41 p.m. Saturday saying that Eda had been overcome by the sea current. Attempts to help him get back to shore were unsuccessful.

According to the Guam Fire Department, Eda's body was recovered at 8:01 a.m. Sunday morning – less than 24 hours after the search began. Rescue units searched by air and sea using a helicopter, boats and divers.

Divers found the young man approximately 30 feet underwater, about 200 yards south of the area where he was last seen off the cliff line behind Marbo Cave, according to GFD.

There were hugs and tears. And there were melancholic smiles, too, as memories of the young man and his sense of purpose flashed back for some of the attendees.

Well-loved for his dedication to sports, friendship and volunteer work for his school community and the island in general, Eda was remembered during a quickly organized memorial at sunset on Sunday at the school. Many from his graduating class arrived, along with their parents and educators.

Members of the class and friends gathered to comfort each other and mourn.

There were hugs and tears. And there were melancholic smiles, too, as memories of the young man and his sense of purpose flashed back for some of the attendees.

When he wasn't in school, playing for Harvest's basketball team or with family, Eda was giving haircuts as part of his volunteer work.

He had planned to leave for Hawaii and seek higher education there to prepare for a career as a hairstylist.

The morning of the hike, Saturday, he posted on his Instagram account, ryozcutz: "One thing I learned from my haircut journey is consistency. If (you're) not putting in the time and dedication into ur work, you'll end up with more struggle than success. Work hard everyone‼️"

He also posted a video, one of many on his Instagram account, of a recent haircut he did. He had volunteered to give haircuts to underprivileged kindergarten students to fifth graders at the Hemlani apartment complex in Harmon, among many of his kind deeds.

Larry Nagengast, coach for Harvest's high school basketball team and principal at the school, said he felt devastated after first hearing of what happened to Eda.

"I am sad for the family and his friends at the loss of a great young man," Nagengast shared with The Guam Daily Post.

"Ryo was often the hardest worker on the court. He would defend anyone and had no fear on the basketball court."

Nagengast also remembered Eda for his newly launched haircut business, which the principal described as "all attributed to his work ethic and drive for success."

Ryo's father, an Air Force veteran, works for a private contractor for the Global Hawk program on Andersen Air Force Base.

A GoFundMe page to help Ryo's family was set up by members of the Global Hawk family on Guam.

But Ryo's family would like the public to know if they ever make donations, these will be used to give back to the community.

That's what Ryo would want, his mom said.

Contribute to the Ryo Eda Memorial Fund at: www.gofundme.com