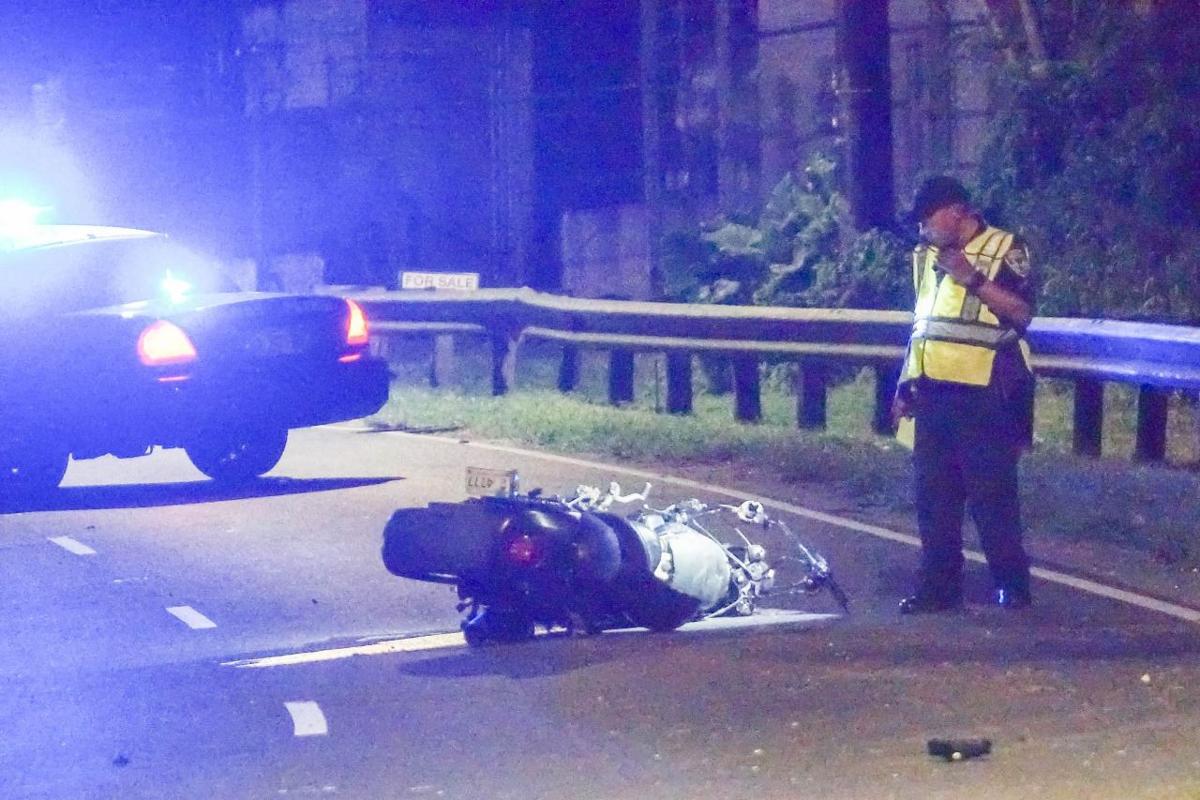 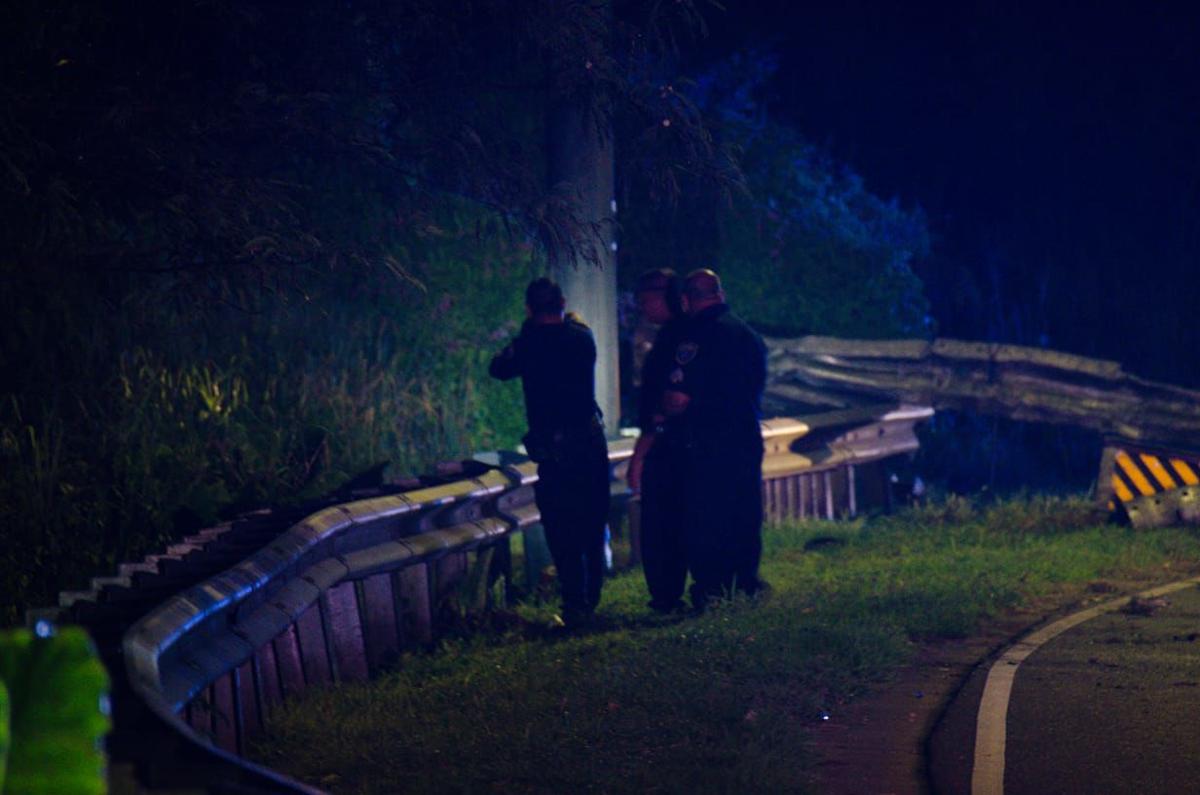 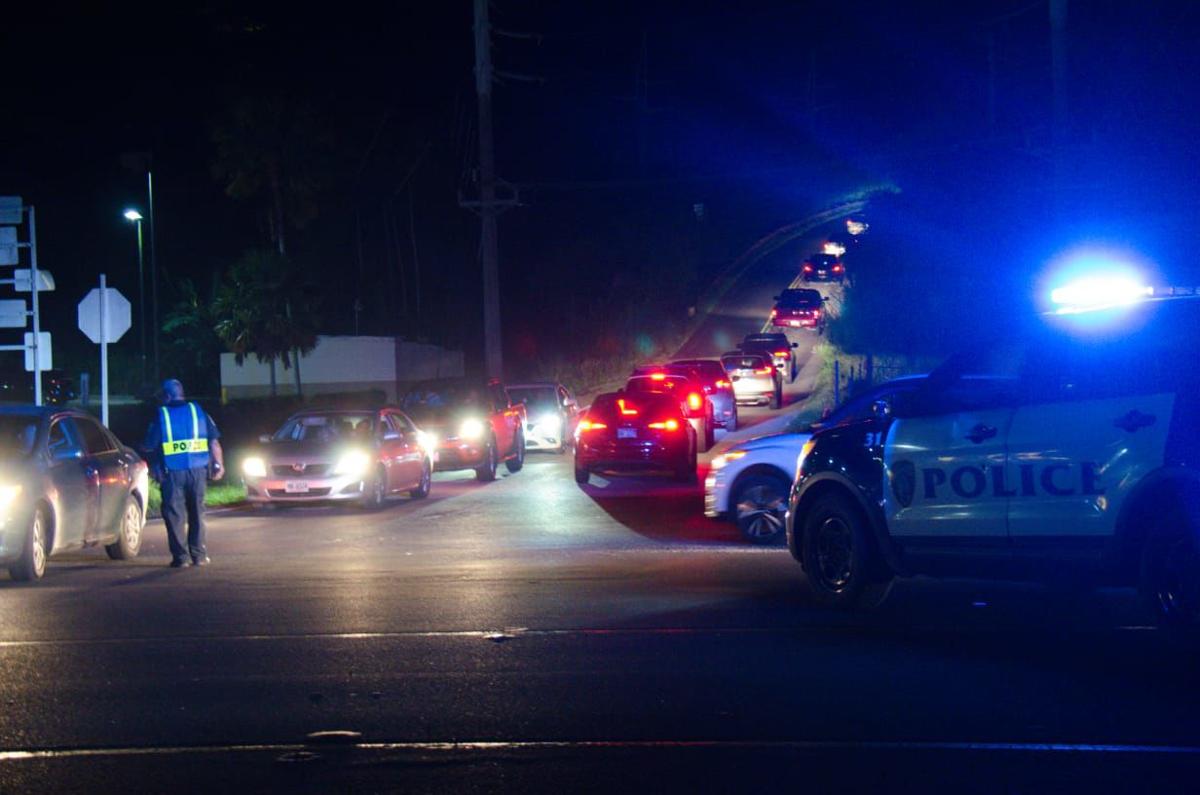 ROAD CLOSURE: Guam Police Department officers were turning drivers around at the foot of the hill at Hagåtña near McDonald's following a motorcycle crash at Chalan Kanton Tasi on Route 4. John O'Connor/The Guam Daily Post 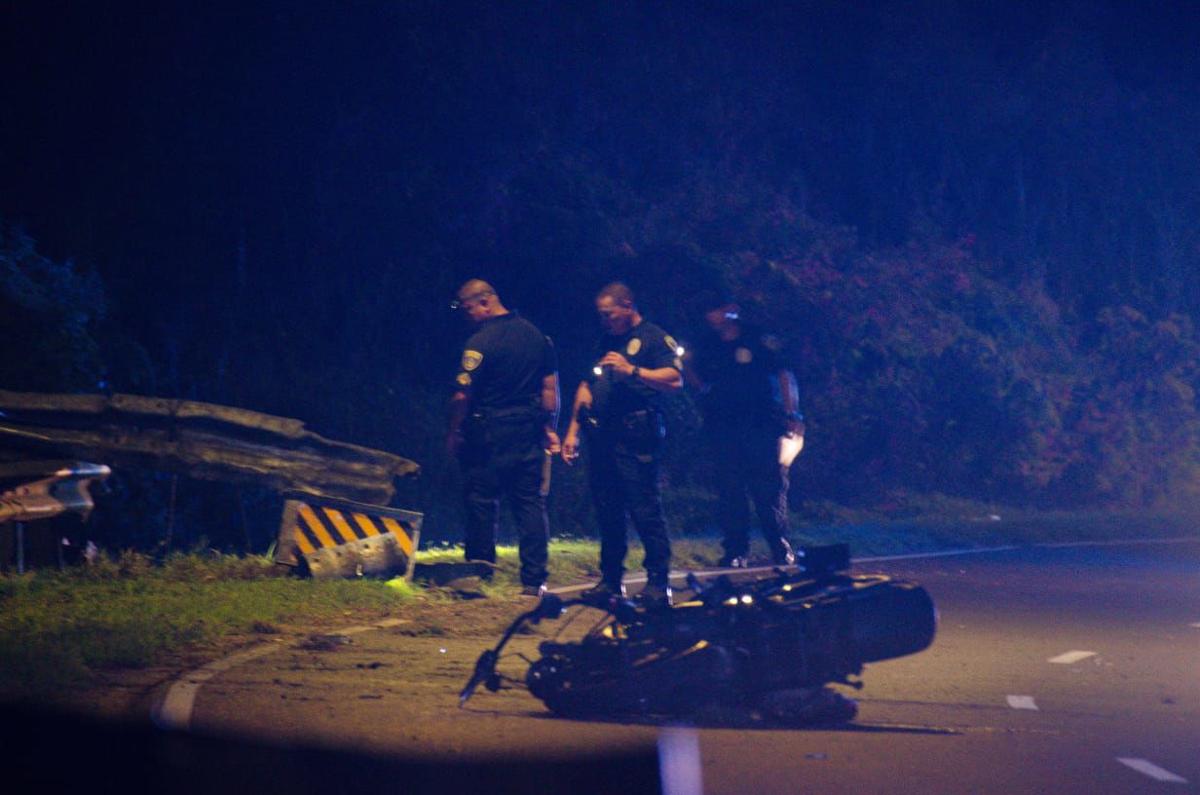 ROAD CLOSURE: Guam Police Department officers were turning drivers around at the foot of the hill at Hagåtña near McDonald's following a motorcycle crash at Chalan Kanton Tasi on Route 4. John O'Connor/The Guam Daily Post

A 23-year-old man died Sunday from injuries sustained in a motorcycle crash in Hagåtña on Saturday night.

Around 9:30 p.m. Saturday, the Guam Police Department activated its Highway Patrol Division to investigate a motorcycle crash on Chalan Kanton Tasi along Route 4, according to GPD spokesman Sgt. Paul Tapao.

Witnesses at the scene said a motorcycle was lying on the ground and people were using their cellphones to light the area beyond the guardrail along the hillside.

Preliminary police reports suggest the motorcyclist was traveling on the outer southbound lane on Route 4 in Hagåtña past McDonald's, when he lost control, ran off the roadway and crashed into a guardrail, Tapao stated.

Tapao said the motorcyclist succumbed to his injuries and was pronounced dead by attending physicians.

"This case remains open as investigators have yet to determine if speed, alcohol or drugs were factors in the crash," Tapao added.