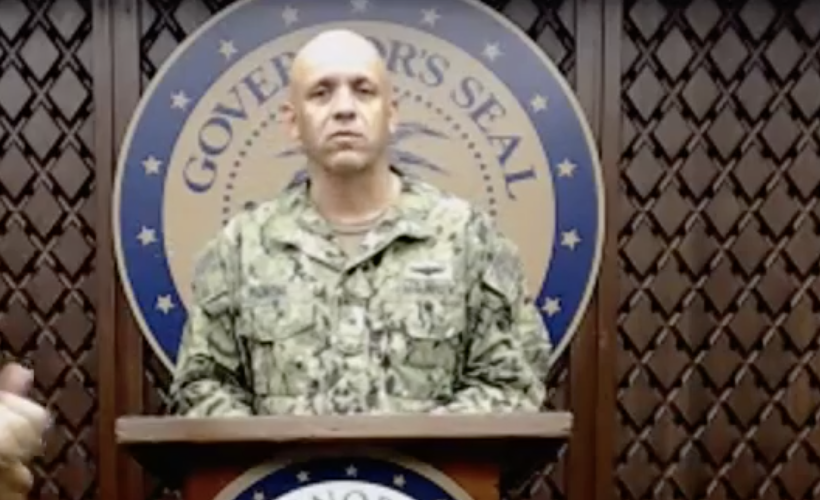 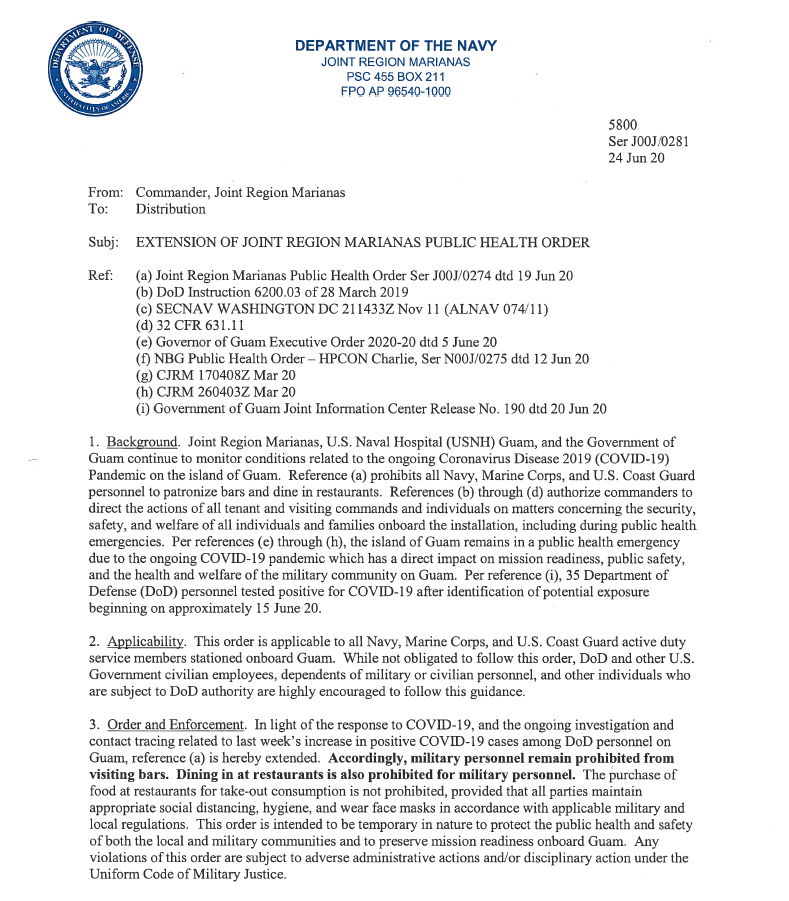 The Joint Region Marianas Public Health Order has been extended until July 1, according to an announcement on its social media platforms.

"In light of the response to COVID-19, and the ongoing investigation and contact tracing related to last week's increase in positive COVID-19 cases among DOD personnel on Guam, the public health order has been extended until 0800 Wednesday, 1 July 2020, unless rescinded sooner," officials stated.

Andersen Air Force Base issued an order last week that will remain in effect until further notice stating service members "both permanently and temporarily assigned to Andersen Air Force Base must still limit travel to essential trips only, i.e. grocery shopping, gas station, post office, pharmacy visits, transit to and from work and individual outdoor exercise."

Air Force officials also encouraged dependents to limit travel to essential trips only. Additionally, the Air Force order states: "Military members not in compliance with this policy will be subject to Uniform Code of Military Justice action."

The Joint Region Marianas extension follows the announcement of an investigation into 35 men and women who are part of an Air Force unit. They apparently failed to follow their restricted movement orders, which limited their travel to work and the Reef Hotel where they were staying.