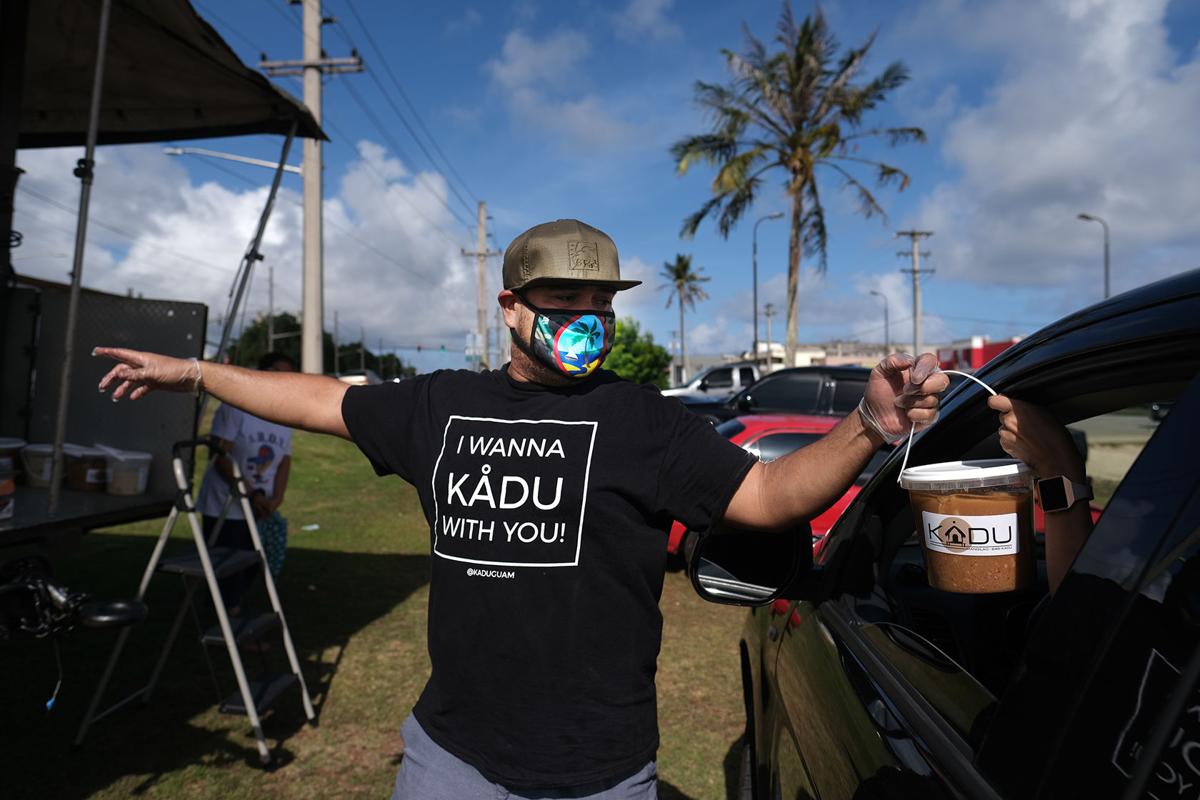 CLOSING: Lenny Fejeran, concept developer for Kådu, a grab-and-go restaurant in Mangilao, hands off a bucket of food during a community food donation at the Dededo Mall in May. According to Kådu's website, 7,284 meals have been donated to the community as part of the Kådu Caregivers Donation Program. Kådu is closing because of the economic downturn. Post file photo 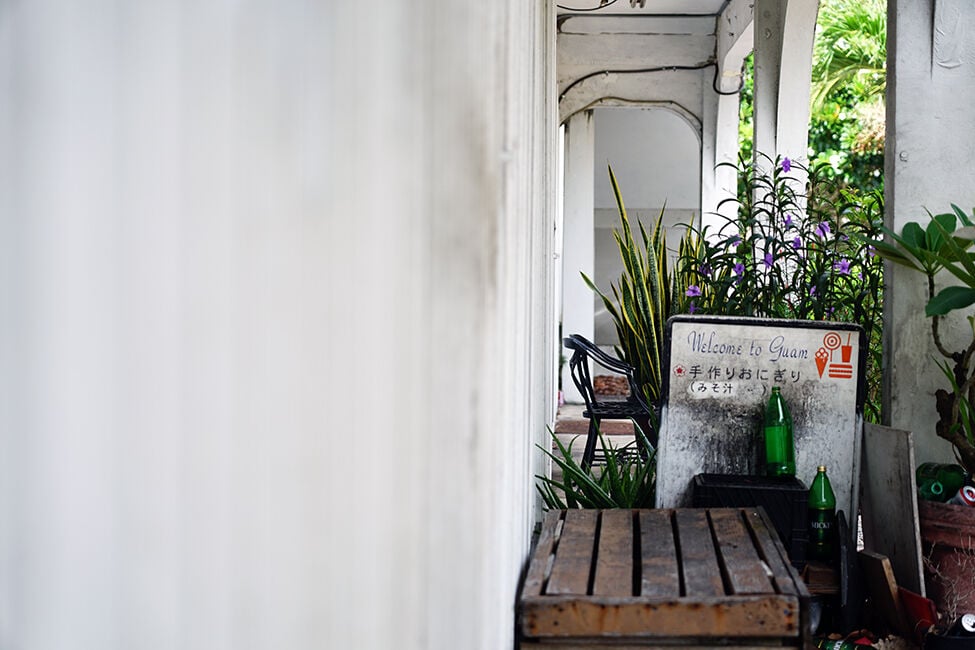 'WELCOME TO GUAM': A small convenience store with a "welcome to Guam" sign along Fountain Plaza in Tumon is seen shuttered up and littered with empty beer bottles on Friday. Haruo Simion/The Guam Daily Post

CLOSING: Lenny Fejeran, concept developer for Kådu, a grab-and-go restaurant in Mangilao, hands off a bucket of food during a community food donation at the Dededo Mall in May. According to Kådu's website, 7,284 meals have been donated to the community as part of the Kådu Caregivers Donation Program. Kådu is closing because of the economic downturn. Post file photo

'WELCOME TO GUAM': A small convenience store with a "welcome to Guam" sign along Fountain Plaza in Tumon is seen shuttered up and littered with empty beer bottles on Friday. Haruo Simion/The Guam Daily Post

More local restaurants are closing as the COVID-19 pandemic and its social restrictions continue to make it impossible for the industry to make profits.

Chef and restaurant owner Lenny Fejeran said Kitchen Lingo in Hagåtña and Kådu in Mangilao will close their doors for good after Aug. 15.

The company's Little Pika's in Tumon continues to be temporarily closed because the tourist district is still nearly empty.

"The reason is obvious," Fejeran said. "COVID-19 is pretty much the nail in the coffin after the restaurant industry was already hurting from increased tax, high food prices, increase in minimum wage. You want to ride it out but if you end up with zero cash, that's very difficult to survive."

Closing two restaurants at the same time, he said, was a difficult decision for him and his wife, Pika, to make.

Pika's Cafe in Upper Tumon, a restaurant they partly own, remains open.

Fejeran said his company was able to secure, in April, funds through the Paycheck Protection Program forgivable federal loan during the first round, which at the time required small businesses to use the money to keep their payroll for eight weeks.

"But we didn't expect it to be this long," Fejeran said.

Long after the lockdown and even with many social restrictions lifted, customers are still just not ready to venture out for food.

"It's hard for the restaurant industry," Fejeran said. "We've taken extreme precautions and it's much harder to sustain the business."

Dine-in restaurants are required to operate on 50% capacity, among other things.

Heeding his own advice to others in the industry, Fejeran said one has to know "when to stop."

Prior to the COVID-19 shutdown in March, Fejeran said his company had some 40 employees in its restaurants. As the crisis lingered, the Fejerans had to let go of half of the staff.

When the two restaurants close in the middle of August, some 20 additional employees will lose their jobs.

"We tried to help all our employees as much as we can during the pandemic. We provided them with food and groceries or to put gas in their car," but he said there's just so much they can do after they exhausted all their resources and the restaurants are not drawing any business.

At the height of the shutdown, Lenny Fejeran and his wife, Pika, reopened their restaurant Kådu to provide hot meals to families in need while also keeping their employees working. It became known as the Kådu Cares Program.

Gov. Lou Leon Guerrero recognized the Kådu Cares Program and the people behind it as COVID heroes in April.

One of the things Lenny Fejeran will miss most operating the two restaurants, he said, is seeing young talents come up with their food creations.

"And of course, seeing restaurants guests' faces as they taste our creations," he said.

At this time, he said, there's no plan to open a new restaurant since the money is just not there.

"To our customers, thank you for supporting our businesses throughout the years. As the economy improves, who knows, we might just surprise you," the father of four said.

Guam Chamber of Commerce President Catherine Castro said the extent of business closures depends on how long the pandemic lasts, even as business leaders have called on the local government to look at industries outside of tourism to grow the economy and to prioritize spending.

Business as usual for CPK Guam

"There are no changes in our business. That has nothing to do with our operations here on Guam," Jerry Pastones said.