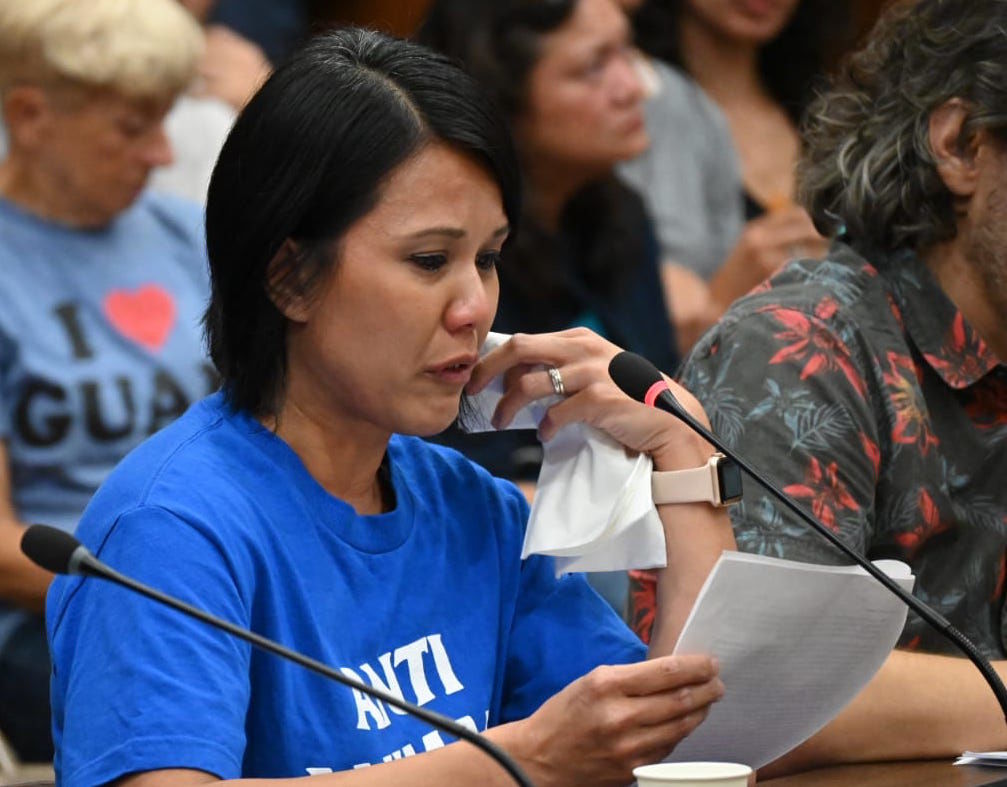 INJURED DOG: Lailani Puga tells her emotional story of trying to save an injured dog, when the dog's owner would not. She spoke in favor of Bill 185-35 The Paws Act on Monday, Feb. 10, 2020, in Hagåtña. David Castro/The Guam Daily Post 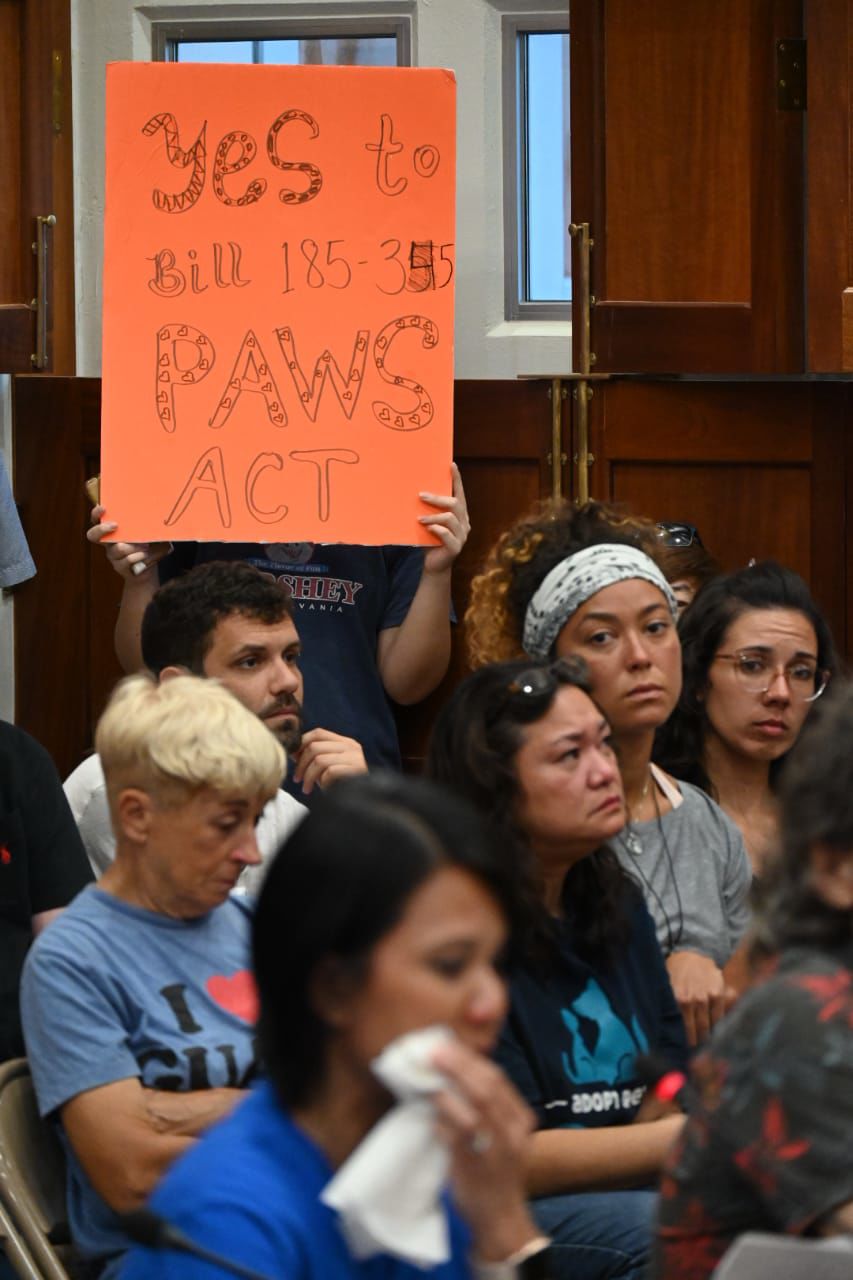 INJURED DOG: Lailani Puga tells her emotional story of trying to save an injured dog, when the dog's owner would not. She spoke in favor of Bill 185-35 The Paws Act on Monday, Feb. 10, 2020, in Hagåtña. David Castro/The Guam Daily Post

The first was Bill 77-35, which seeks to create penalties for harming law enforcement working dogs.

The bill would charge a misdemeanor and fine of up to $2,000, as well as impose possible imprisonment of up to one year, on anyone who harms, attempts to harm, inhibits, poisons or releases a pet with the intent of attacking the working dog.

If the bill becomes law, anyone who willfully and maliciously disables, disfigures or causes the death of a working dog will be guilty of a third-degree felony, fined no more than $10,000, and potentially face up to five years in jail.

Offenders would also be liable for costs associated with the injury, disability, disfigurement or death of a working dog. Lawmakers spoke with Guam Police Department officers to refine the penalties.

"These kinds of laws ... it's not something new or unusual. This is something that happens all over the United States in police departments," said Maj. Fred Chargualaf, GPD investigations bureau chief.

Senators also heard from the public on the long-awaited Bill 185-35, the Protecting Animal Welfare and Safety, or PAWS, Act. This legislation amends, overhauls and strengthens Guam's animal cruelty laws. The bill will be named after Pugua, the dog found shot dead at a carport in Yigo.

Cyrus Luhr, board president of Guam Animals In Need and a staffer for Sen. Sabina Perez, authored the PAWS Act. The legislation contains updated language to refer to animal fighting in general, instead of specifying dog fighting, but excludes cockfighting, "Because we recognize that including (cockfighting) created a controversy and it would delay action on the rest of the bill and we really cannot wait any longer to update our animal cruelty laws," Luhr said.

However, cockfighting is addressed by federal regulations, which outlaws cockfighting throughout the United States, he noted.

"I know that this is an uncomfortable, some people even think humorous, topic, but it is very serious. Guam right now has the dubious distinction of being one of the only places in the world where bestiality is completely legal," Luhr said.

Bestiality has a high correlation with other sex crimes, according to Luhr. He said a number of recent studies found that 53% of animal sex offenders have a criminal history of child sexual abuse and domestic violence. The studies also show 34% of those offenders have sexually abused children and 28% are repeat offenders, Luhr added.

"Not only is this violence against an animal, but it's also a red flag, a sign of violence that would continue throughout our community in other forms," he said.

The PAWS Act is a first step in the right direction, but Guam still needs funding for the long term, Luhr said.

Others who attended the hearing said the animal rescue community needs support from police in cases of animal abuse and neglect.

"We've had several encounters where we've contacted GPD to report cases of animal abuse and neglect. Once the word dog is heard, the urgency of the situation is not taken seriously," said Leilani Puga, an animal rights advocate.

Tinamarie Guzman, another animal rights activist who attended the hearing, said she supports the bill but asked how the measure would be enforced.

"How will this law be any different from the current animal cruelty law? Will this just be something just written on paper and nothing more?" Guzman asked.

Alison Hadley, director for GAIN, said animal issues are the entire island's responsibility, and they cannot fall "on the backs of just one or two agencies."

However, despite the majority testifying in support of the bill, there was some opposition.

Vicente San Nicolas Velasquez, a farmer and dog breeder, said he had problems with stray dogs.

"Specify what cruelty we're talking about here. Like I said, I'm a livestock producer ... dogs attack those things. Early in the morning, late evening. I'm suffering with those things," Velasquez said.

He said he was also concerned about how the law might affect his ability to hold and kill his livestock, that his methods might, under the law, be considered cruel.

Perez said there are exceptions in the law about the proper killing of animals for food.

Lawmakers continued to hear testimony from a packed hearing room into the night.