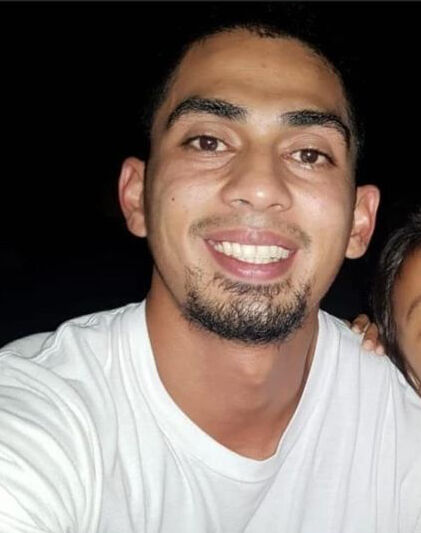 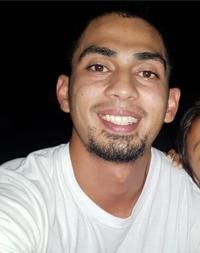 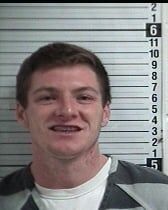 Melanie Guerrero spent the last eight months of her life without truly knowing the circumstances behind the disappearance of her son, Michael Jose Castro, who went missing late last year.

On Wednesday, she received confirmation her son would never come home.

"Today I know," Guerrero wrote to family and supporters Wednesday morning on Facebook. "Today our island knows my son Michael is deceased."

Castro's car, with blood splatter and bullet holes, was found in the storage compound of Unitek in Agat on Oct. 30, 2020, according to court documents filed in support of a request for a warrant to search the compound and Nicholas Moore's phone.

Nicholas Moore is also a suspect in a separate attempted murder case, the full details of which have not been released. That shooting incident, on Oct. 15, 2020, occurred in central Guam, but the victim who survived was not named.

According to the Bay County Sheriff's Office, "Moore is the suspect in an ongoing investigation by the Guam Police Department for murder, attempted murder, and unlawful flight to avoid prosecution from their agency on two separate cases. Moore's apprehension was the culmination of a week-long coordinated effort by the United States Marshals Service (USMS), Guam Police, and the Bay County Sheriff's Office to locate Moore on these charges."

The Guam Office of the Attorney General and GPD held a press conference on the arrest Wednesday morning.

Court documents indicate Guam police had interviewed Nicholas Moore after Castro's car was found in the Unitek storage compound, but they let the suspect leave Guam – with the stated purpose of going to the Betty Ford Center, a drug rehabilitation facility in California – in November.

Up until the press conference on Wednesday, the public had not been informed that Castro's car was found on Oct. 30, and that police had interviewed Nicholas Moore soon after.

"I know often times the media is frustrated when we are not able to provide comment, but this case shows exactly why it's sometimes necessary for us not to say things while we try to gather evidence and build the strongest case we possibly can," Attorney General Leevin Camacho said.

Detectives identified Nicholas Moore as a person of interest during the course of the investigation, which ultimately evolved into a homicide case.

Castro left behind a daughter as well.

"I can be filled with anger and emotions of hatred and no mercy, but then I'd be just like the people who had no mercy for Michael the night he was taken," Guerrero wrote in her statement on social media, before thanking everyone who helped push ahead with her son's case.

"I love you all and I pray for each and everyone of you who continue to stand for the justice that our island expects and entrust in your hands," Guerrero added.

LeRoy Moore, Nicholas' Moore's father, said he was made aware of the situation Tuesday when his son was arrested.

"I don't have any comments beyond we're saddened with all this and we hope Nicholas is innocent," LeRoy Moore said.

Local officials did not specify details of the case, including what may be the connection between Nicholas Moore and Castro, the manner of death or whether officials anticipate additional arrests, citing the need to maintain the integrity of the investigation.

However, documents filed in local and federal courts fill in some of the gaps.

Nicholas Moore's arrest warrant, available through the Northern District Court of Florida, was issued May 28. The attached affidavit stated he was believed to be implicated in two shooting investigations, one that occurred Oct. 15, 2020, and the other on Oct. 30. The latter appears to have involved Castro but he is not named in the document.

The affidavit states that it is believed the victim of the second shooting was shot multiple times with a .45-caliber pistol while inside his vehicle. It is also believed that Nicholas Moore disposed of the body in the ocean using his father's boat, according to the affidavit.

GPD and the attorney general did not comment on whether Castro's body has been located but his mother's statement implies it has not been found yet, or at least that she is unaware of where it is.

"I ask and reach out to those who may know where Michael's remains are, please I plead with you, I beg you to give me and my family the peace we need to give Michael a respectable resting place," Guerrero stated Wednesday.

DNA testing indicated the blood located in the victim's vehicle matched blood found on the pistol confiscated at Nicholas Moore's residence, according to the affidavit.

On Nov. 14, 2020, just days after interviewing with GPD detectives, Nicholas Moore left Guam to attend a drug rehabilitation program at the Betty Ford Center in California, according to the affidavit. He was scheduled to return in 30 days.

But GPD later learned that Nicholas Moore had left California and was arrested on Feb. 9 in Panama City Beach, Florida, for a misdemeanor, according to the affidavit.

Warrants were issued by the Superior Court of Guam to search Nicholas Moore's telephone and notebook computer. The accompanying affidavits indicate that a Unitek employee found a beige Lexus RX 350 in the company storage lot in Santa Rita on Oct. 30, a vehicle later found to be registered to Castro.

Officers tried to locate Castro and his relatives but were unsuccessful. Then his mother reported him missing Nov. 8, 2020.

Call logs indicated that Castro and Nicholas Moore were in communication leading up to Castro's disappearance. Moore was also in contact with the third male.

Meanwhile, Castro's mother informed officials that her son was last seen at the Days Inn in Tamuning. It was learned that Castro left around noon on Oct. 29. He had a female companion who left before him.

The woman would inform law enforcement that she left the Days Inn on Oct. 28 and that Castro, Nicholas Moore and a third male, identified as Moore's friend, knew each other due to their alleged use of prescription pills, according to one affidavit.

She also indicated that Nicholas Moore had made threats in the past, retrieving his gun to resolve situations and possible confrontations, an affidavit stated.

Detectives learned that Castro was last seen leaving a friend's residence in Dededo after midnight on Oct. 30, and said he was meeting with friends in Santa Rita.

Law enforcement also interviewed Unitek employees. One stated that Nicholas Moore was at the Unitek offices at 6 a.m. on Oct. 30 with a friend, washing out the interior cargo bed area of his company-assigned truck.

According to one affidavit, Nicholas Moore was confirmed to be the son of the company's owner and had full access to Unitek company assets, including the property where Castro's Lexus was found.

One Unitek employee also stated that the company's main office is equipped with a surveillance system but it was password-protected and accessible to Nicholas Moore, according to an affidavit.

Nicholas Moore will appear in the District Court of Guam first to answer to the federal warrant before the case proceeds to the Superior Court.

He awaits extradition back to Guam.

These events are stated in local and federal court documents:

• 9 a.m., Oct. 30: A Unitek Environmental Guam employee discovers a 2013 beige Lexus RX 350 in the company storage lot. Bullet holes and blood spatter are discovered in the car. The car is later found to be registered to Castro.

• 3 p.m., Oct. 30: Agat police receive a report from Unitek about a "shooting" in the company's storage lot.

• Nov. 14: Nicholas Moore departs Guam, just days after being interviewed by police, for the purpose of attending drug rehabilitation in California. He was supposed to return in 30 days.

• Feb. 9, 2021: Nicholas Moore is arrested in Panama City Beach, Florida, on a misdemeanor.

• May 21: U.S. marshals receive information that Nicholas Moore is a fugitive.