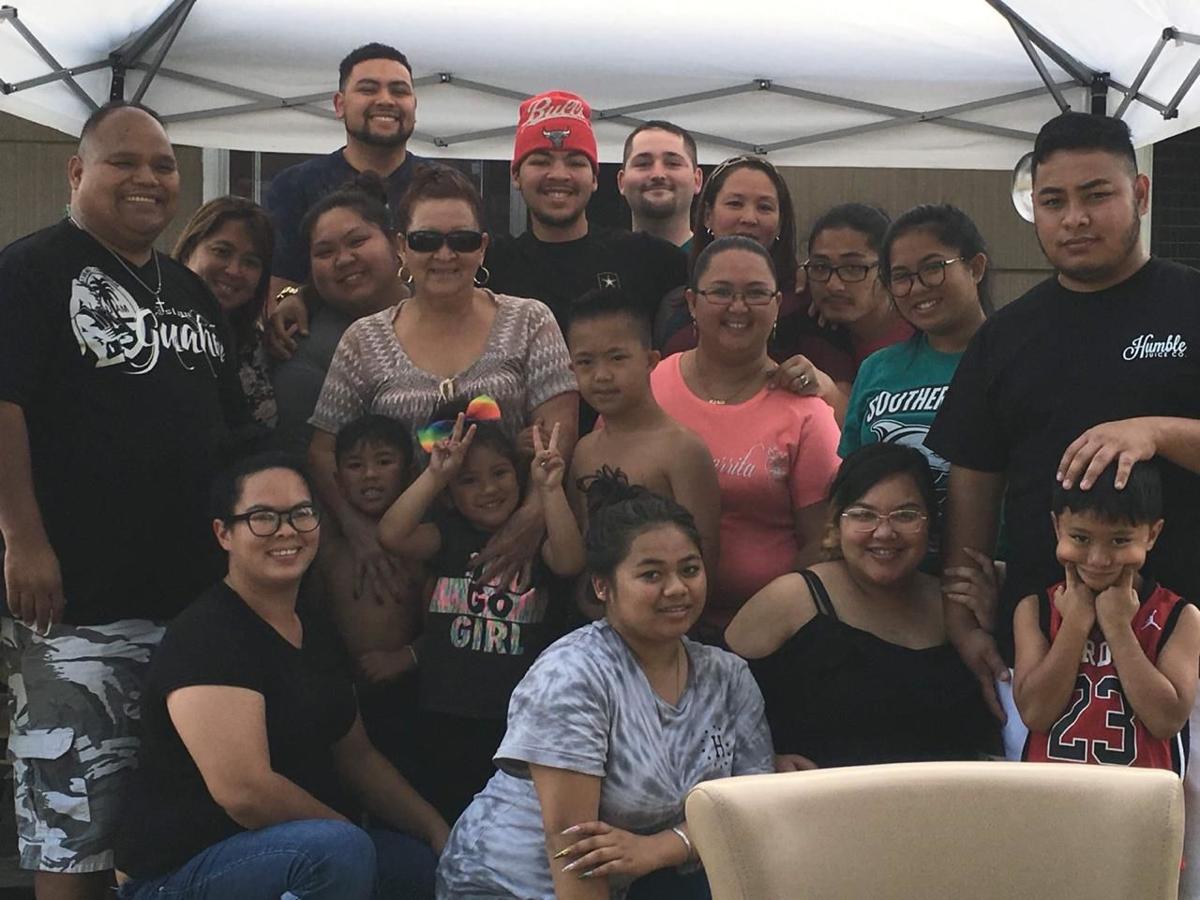 FAMILY: At center wearing shades is Lilliemae Nauta. Standing to her right, at the edge of the photo, is her son-in-law David Acfalle. They're surrounded by family members in this photograph. Photo courtesy of Carmelita Nauta. 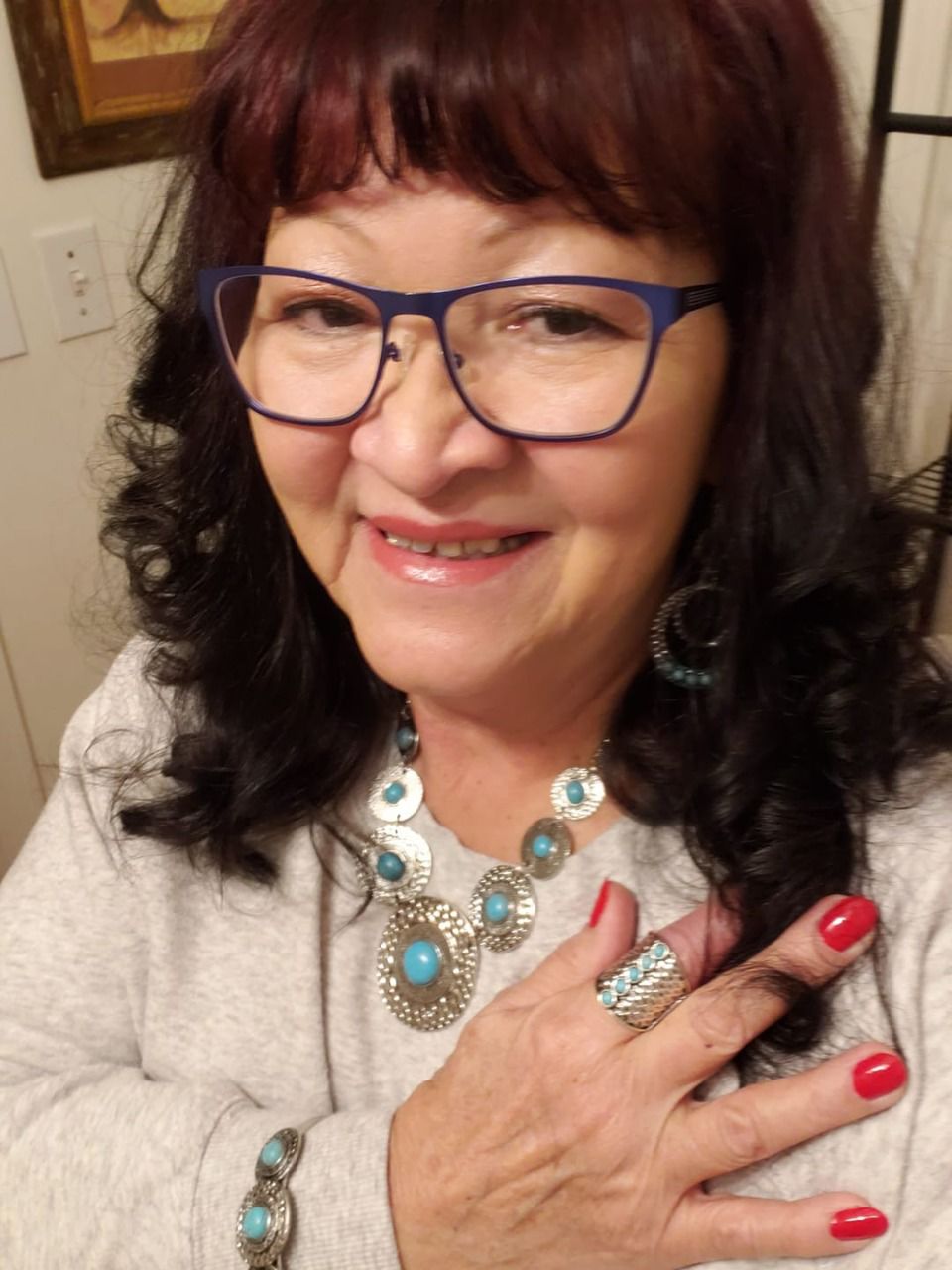 PRAYER: Lilliemae Cundiff Nauta said she's ecstatic that she won the battle against COVID-19. The Agat resident has been in Washington state for the last several weeks visiting with her daughters. She said she was praying when she realized she could breathe "without coughing (and) without it hurting." Photo courtesy Lilliemae Cundiff Nauta. 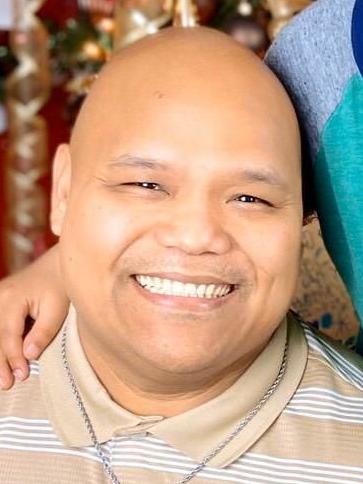 GRATEFUL: David Acfalle, 43, is Lilliemae Cundiff Nauta's son-in-law and also tested positive for COVID-19. His symptoms, while not as bad as his mother-in-law's, were frightening because of he also lives with Type 2 diabetes. Photo courtesy Carmelita Nauta.

"I beat COVID-19! Thankful to God always," 63-year-old Lilliemae Cundiff Nauta shared on Facebook with a photo of herself smiling and healthy.

But it wasn't too long ago when the Agat resident started feeling sinus pressure and coughing.

And unfortunately, she wasn’t the only one in the family who received the bad news of testing positive for COVID-19. Her son-in-law, David Acfalle, also wasn’t feeling well.

“I didn’t think I would get it,” he said. “It just goes to show, you’ll never know who or what is out there that can get you infected. Or if you can infect others without even knowing it because you feel fine.”

While the family in Washington was going through their COVID-19 crisis, the one daughter still on Guam was frightened for her mom and brother-in-law.

“It was tough,” said Carmellita Nauta. “I’m used to taking care of my mom, we all are, but I’m here and she’s over there ... and there was nothing I could do.”

She said learning from her mom and sisters that the test results came out positive was a frightening experience.

“I was emotional just getting the positive test results. I don’t even know how to describe it. I was numb when I heard the results,” Carmellita Nauta said.

“I didn’t know how to feel because this is new, this virus is new, and we don’t know (much about it). That’s all I thought about was the negative.”

To get her out of the funk, Carmellita Nauta followed her mother’s example and prayed.

“Prayer and ... all the support I got from everybody really helped,” she said, adding that seeing her mom unwell was unsettling. “For weeks she was always lying down, always masked up. But what are you going to do when you’re in isolation, right?”

And while Lilliemae Nauta is on the mend and celebrating her health, she said the road to recovery wasn’t easy.

Back in mid-March, Lilliemae Nauta thought her sinus pressure and cough were due to a recurring sinus infection. She went to the clinic to see if she could get antibiotics.

“I went to the doctor and they told me I only had a virus and I had to let it run through my system,” she said.

Days later, her cough got worse. It was, for the most part, what is called a nonproductive cough – but sometimes she said mucus would come out with her deeper coughs and “you could cut it with a knife because it was that thick.” She would later learn that this was one of the symptoms of COVID-19.

Her symptoms persisted. And, worried she had the flu, she quarantined herself in the bedroom for 24 hours. The next day one of her daughters made another appointment for her.

This time, the urgent care doctor said Nauta had severe bronchitis and treated her but also had her do an X-ray.

The doctor told her they couldn’t test everyone for COVID-19 but were taught what to look for on an X-ray. The doctor said if the X-rays showed evidence of a viral pneumonia, then she would need to go to the emergency room.

A little while later, the doctor returned and told her: “Lillie, I’m so sorry, you need to go to the ER.”

Once there, she said, the nurses took blood for a battery of tests and additional X-rays.

“I got scared because I thought I would have to stay for three days in the ER and I wouldn’t see my children while I’m waiting for the results,” she said of those first moments after hearing she could possibly have the virulent respiratory illness.

She was able to return home but had to remain isolated.

Breathing was hard. So hard that it made eating or drinking tough.

“I could swallow like two times and then I would have to stop and breathe,” she said. “And not even like drinking, just like sipping. You sip twice then you stop because you have to catch your breathe. It’s like someone is squeezing your chest or your lungs so it’s hard to breathe. It’s like an elephant is sitting on top of you. That’s how hard the breathing was.”

Then she got the news: She was positive for COVID-19. The doctor told her: “It’s good that you’re healthy and you have no underlying health issues ... (but) I’m really sorry there’s no cure, you just have to go home and do the best you can.”

“But I have good nurses. My girls were my nurses,” she said.

Her daughters took her home.

She got plenty of rest, lots of water, and went through several boxes of Sudafed and Robitussin.

Through her two-week bout, she said, it was the coughing and breathing that was the worst. And while the cough syrups helped, they didn’t fully ease that particular symptom.

“It was so bad,” she said, trying to describe the experience. “You know when like you’re coughing so hard you pee in your pants – it was like that.”

What was also tough was being separated from her grandchildren. “My girls live in a duplex and so the kids would run up and they would see me through the screen door sometimes and cry to come to me ... but I would tell them, ‘Nana is sick and I don’t want to make you sick.’”

“They would cry and then I would cry too,” she said, sighing with relief that she’s finally on the mend.

She knew she was better a few days ago. She was praying the rosary, and “something told me to take a deep breath,” she said.

“I was able to take a deep breath and not cough. I said, ‘Oh my God, thank you Lord. I’m healed,” she added.

Lilliemae Nauta's son-in-law, Acfalle, is also just about done with his quarantine – something he never imagined he’d be required to do.

“I’m someone who thought, ‘I didn’t go to China or Asia or places like that, I’m not gonna get sick,’” said the 43-year-old. Acfalle has the added benefit of running his business from home, creating novelty items such as hats and T-shirts that are popular, particularly with the CHamoru and Pacific Islander population in Washington.

Nevertheless, he woke up on a Friday morning two weeks ago with a low-grade fever of 99 degrees.

“I hadn’t gotten sick in a while,” he said, saying he figured it was the flu. That night he started getting cold sweats, body aches and his fever got worse. His condition continued to worsen on Saturday but – still not thinking it was anything more than a flu – he figured he’d ride it out another night.

Two days after waking up with a fever, his body temperature rose to more than 101 degrees. It also was the day the family received his mother-in-law's positive COVID-19 test results.

“I know with COVID-19 the vulnerable populations are the elderly, but also people with underlying health conditions,” he said. “And being Type 2 diabetic, I was worried.”

“What’s weird is in those couple days, my symptoms started to fade away,” he said, adding he also started to develop a cough, which has lingered but he said was never really bad. “I was thinking because my symptoms had gone away maybe it was just the flu ... but then my test results came back positive."

He said it was strange that his symptoms seemed to just come and go and lacked the severity his mother-in-law experienced, but added, “I’m just grateful we’re both OK.”

Carmellita Nauta said on Saturday that she’s able to breathe a sigh of relief that her mother and brother-in-law are OK.

No one in the family has any idea where or how Lilliemae Nauta or Acfalle were exposed to the virus.

Acfalle said he’s gone to the stores a few times and often sees people walking around, browsing through the aisles, not seeming to have any particular goal of being at the store other than being out of the house.

Lillimae Nauta said controlling this virus really comes down to consideration and respect for each other as human beings.

“Be considerate of others because you don’t know if you have it,” she said.

Carmellita Nauta added that she knows being apart from family during this mandatory isolation isn’t easy.

“I know everyone has things they need to do,” she said. “But the sooner we stop being out on the roads, the sooner we can get on the road to recovery. ... We see the charts and we hear about the new cases ... and it's not going to get better until we all start listening. Please, everyone, just stay home. Let’s protect our loved ones.”

Her mom adds that prayer is necessary.

"Let’s all pray for those who are fighting the virus with their family because it is a battle," said Lilliemae Nauta. "Pray for first responders and all health care providers. Always pray no matter what. Prayers are very powerful."

Reimagination should go beyond GVB

The latest debacle on GovGuam procurement: Cluelessness at the wheel and a smokescreen