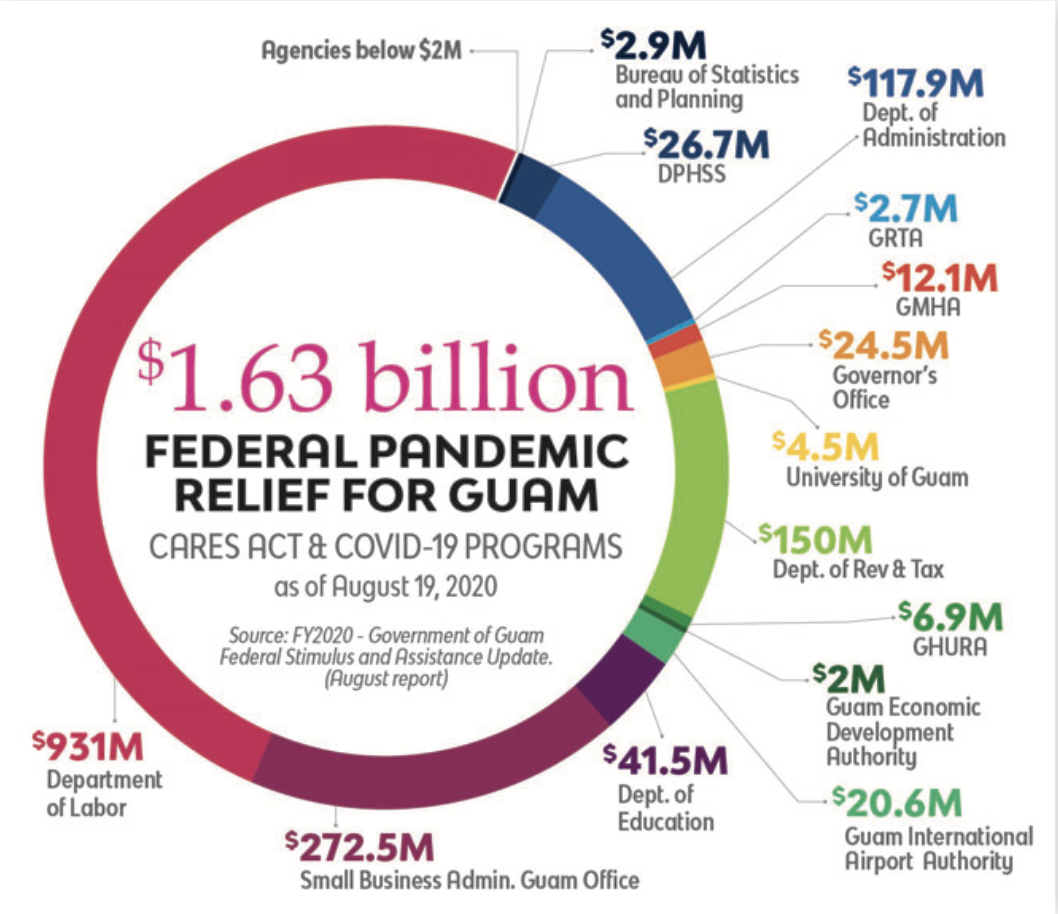 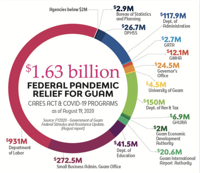 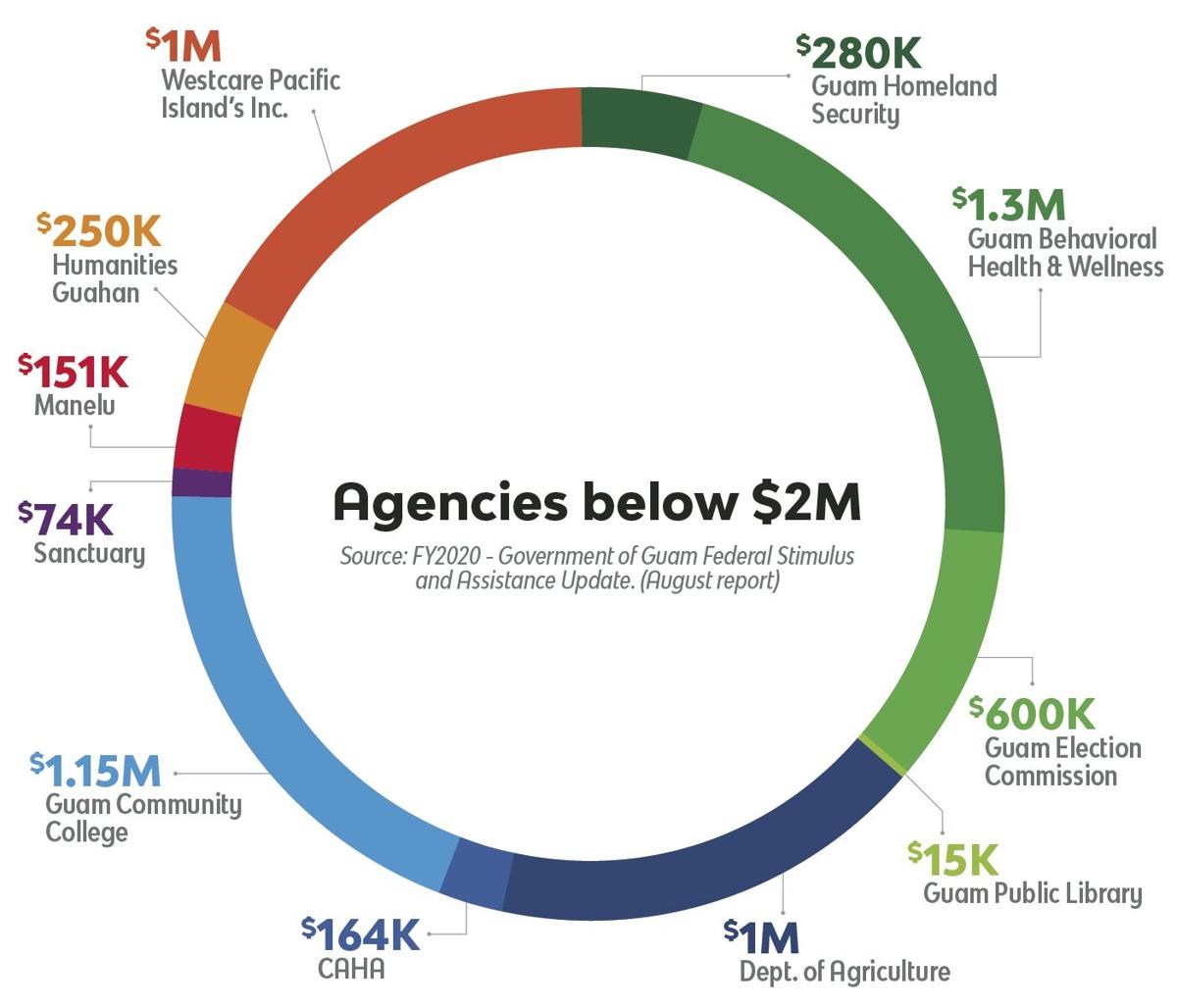 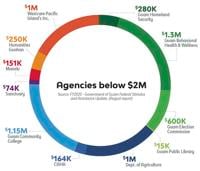 Editor's note: This is the first in a series that breaks down federal pandemic relief funds for Guam.

The government of Guam expects to receive more than $1.6 billion from the federal government to assist with the pandemic response.

GovGuam has received about $1.13 billion and, of that, there remains $397.23 million, or 35%, according to the government's August report.

Failure to spend federal dollars correctly or by their deadline means Guam will have to give that money back to the federal government, officials confirmed.

Stephanie G. Flores, Guam State Clearinghouse administrator, said her office is tracking the COVID-19 funds. She said since the August report there have been additional moneys spent or encumbered.

"Our concern, as with all federal grants, is that we spend the money properly and on time," Flores said. "Our federal partners have provided guidance on how the funds can be spent. In some cases, that guidance has had to be augmented as new, previously unforeseen issues are raised by the various states and territories who are trying to spend their allocated funds."

Flores noted that Gov. Lou Leon Guerrero, during her testimony before the House Financial Services Committee, along with every other governor present, "expressed the difficulty in spending these funds because of the delay in receiving the necessary guidance or that guidance was constantly evolving."

Guam Del. Michael San Nicolas, during that same meeting, said there's a concern in Congress about the rate of spending for federal funds in jurisdictions across the nation, especially as Congress is trying to secure more federal funds to assist states and territories.

Governors, including Leon Guerrero, said they need the additional federal assistance to help people who've lost their jobs, but also help fund their governments' operations, to include payroll, and ensure they can pay debt obligations.

Leon Guerrero said Guam's unemployment rate prior to the pandemic was about 4% and now "nearly half of all private sector employees qualify" for unemployment benefits because they've either lost their jobs or seen a pay decrease. The faltering economy also means that in fiscal year 2021 the government of Guam is facing a 7.2% decline in revenues, which could mean cuts to public health operations, public safety and education.

The largest of the budgets, $931 million, belongs to the Guam Department of Labor, which uses the funds to help displaced workers through the Pandemic Unemployment Assistance and Federal Pandemic Unemployment Compensation programs. The Guam Department of Labor was recently approved for an additional $22 million in Federal Emergency Management Agency money – also to be directed to assist displaced workers.

The second largest amount went to the Small Business Program, Guam office, which was charged with providing $272.6 million to help small business owners keep their workers employed. That money has been spent, according to the report.

Flores also provided the following updates to the expenditures of the federal funds:

The following list shows how much money was allocated to various Guam offices and government of Guam agencies based on Adelup's August report. It includes the total amount expected, what amount has been received and, of that, what remains.

Bureau of Statistics and Plans

Council on the Arts & Humanities Agency