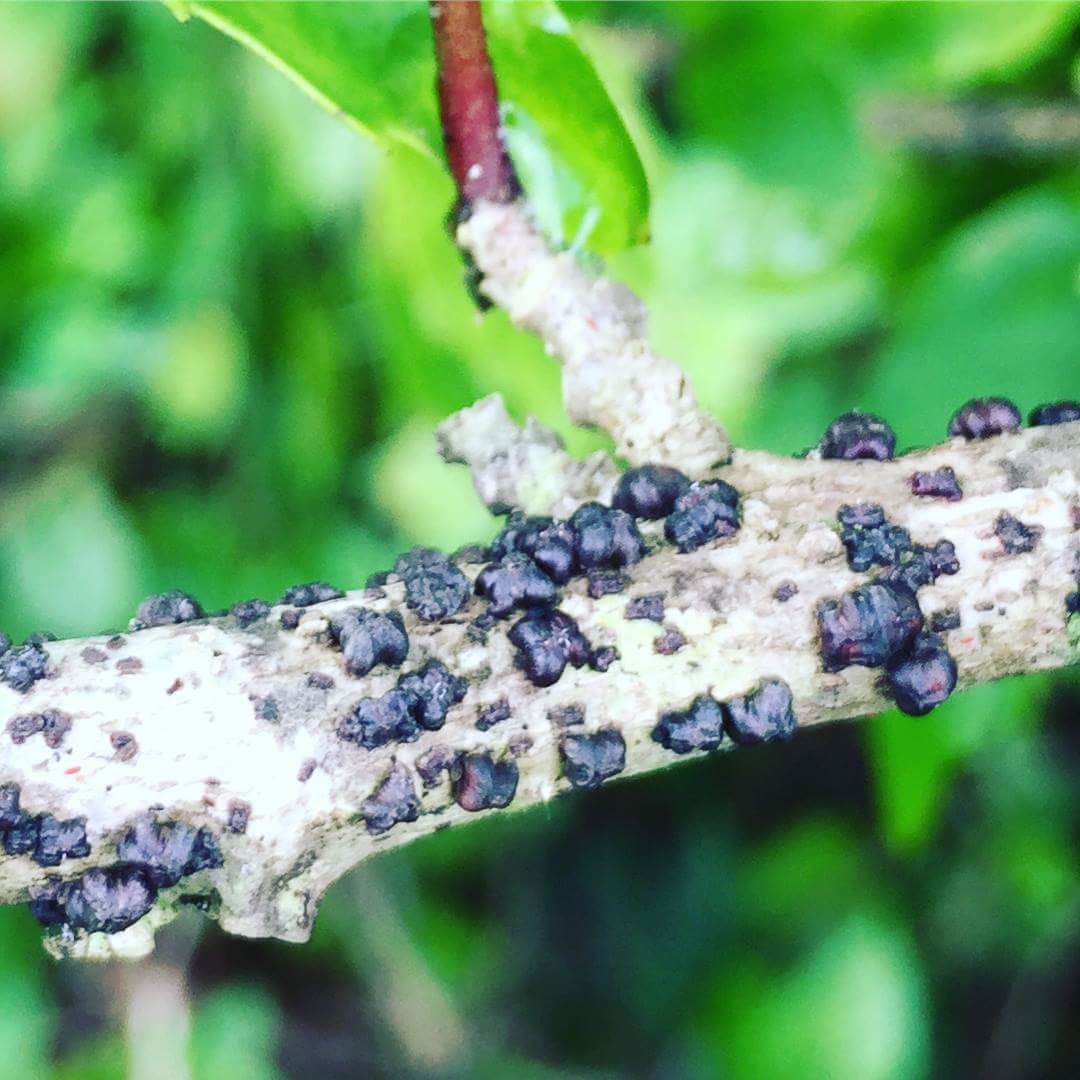 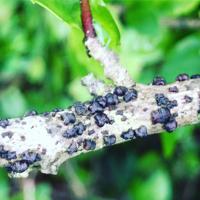 INSECT: Lobate lac scale, or paratachardina pseudolobata, seen on a tree branch. The pest, though it resembles fungi, is actually an insect and is capable of killing several species of woody trees. It was recently identified at the University of Guam Yigo Experiment Station but has not been reported elsewhere on Guam. Photo courtesy of the Guam Department of Agriculture Biosecurity Division 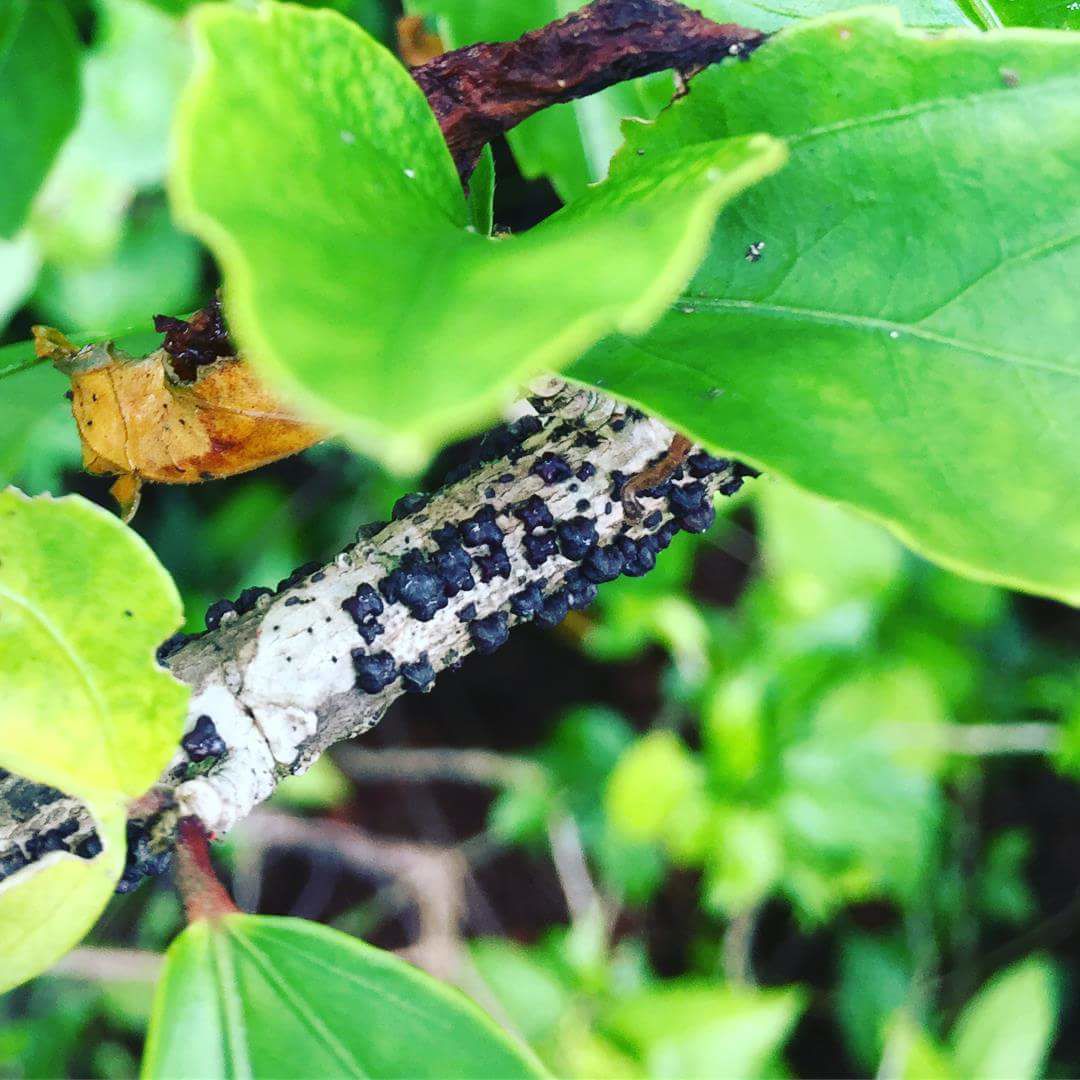 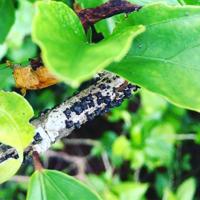 INSECT: Lobate lac scale, or paratachardina pseudolobata, seen on a tree branch. The pest, though it resembles fungi, is actually an insect and is capable of killing several species of woody trees. It was recently identified at the University of Guam Yigo Experiment Station but has not been reported elsewhere on Guam. Photo courtesy of the Guam Department of Agriculture Biosecurity Division

If residents find evidence of the pest, they can call the Guam Department of Agriculture's "hotpest line" at 475-PEST (7378).

The pest was recently identified at the University of Guam Yigo Experiment Station, home to the UOG Triton Farm. So far, the pest has not been…

The Guam Department of Agriculture Biosecurity Division announced the finding in a Facebook post Tuesday evening, asking followers to send in photos of any lobate lac scale sightings.

So far, there have not been any positive identifications, said Biosecurity Division agriculturalist Glenn Dulla, and that's a good thing.

Survey of the area

"It's restricted ... as far as we can tell, to one area in Yigo," Dulla said. He said he and an Agriculture Department team would be visiting the area Wednesday morning to conduct a survey of the surrounding area. "One or two miles, just to see if it's spreading out."

"Quite honestly, I hope no one actually finds it," he said. "The less spread it is, the more likely we're able to address the problem and probably treat the trees."

If residents do find evidence of the pest, Dulla said, they can call the department's "hotpest line" at 475-PEST (7378).

Lobate lac scale, or paratachardina pseudolobata, has been found on hibiscus and joga trees in Yigo, according to the department's Facebook post.

The pest has previously been identified in Florida and Hawaii, as well as Australia and some parts of Asia, Dulla said.

The insect, which resembles fungi, sucks nutrient-rich sap out of trees, causing leaves to drop and a sooty mold to grow, thus preventing photosynthesis. If left unchecked, Dulla said, it can kill the tree.

One concern is the insect's wide range of hosts, Moore said. According to an article from the University of Florida, lobate lac scale can live on hibiscus, ficus, acacia, mango, avocado, guava and some orchids.

Moore said the infestation in Hawaii is killing some of the islands' banyan trees.

No one can say for certain how the insect got to Guam, but Moore said when an invasive species shows up in Hawaii, it usually shows up in Guam five years later – though that's not to say it came directly from Hawaii.

"When something gets into Hawaii and becomes a problem, we can expect to see it in about five years," he said. However, "it's in Florida so it could be it got (here) from Florida, or from Hawaii."

More information will be released in the coming days as the Agriculture Department determines whether the infestation is isolated and decides the best course of action to treat affected areas.

Like the grinch who stole Christmas, the COVID-19 pandemic pulled the rug out of last year’s holiday celebrations. Read more

Coming of age in a time of crisis

Coming-of-age refers to the period in a young person’s life from being a child to becoming an adult. It includes the adolescent experience. Th… Read more