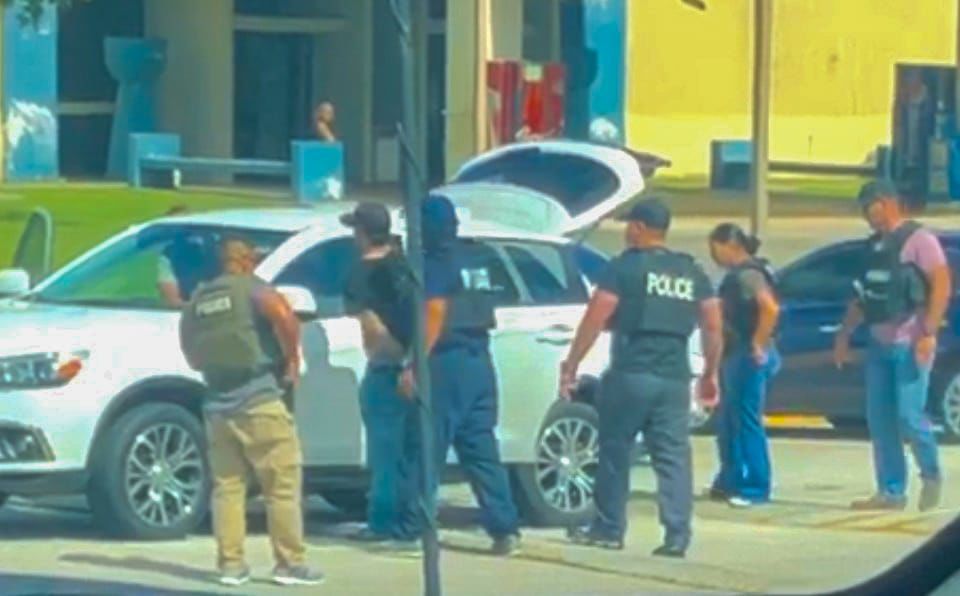 ‘I’M SORRY’: Gavin Duenas speaks to The Guam Daily Post following a sentencing hearing at the District Court of Guam in August 2019. In his case, DEA had intercepted two parcels of mailed meth with a combined weight of 6 pounds with near-100% purity. Post file 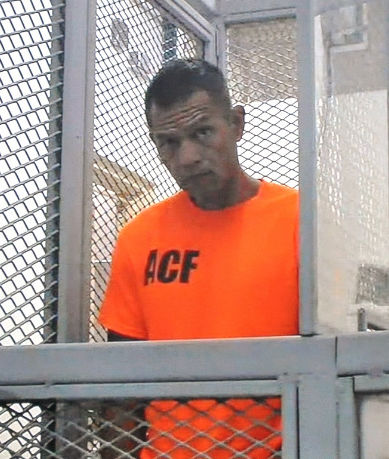 PALACIOS: Joshua Rivera Palacios is shown on a Superior Court video for his remote appearance from a jail cell in August. He was held on a $500,000 bail for the shooting death of Keith Castro a week ago. Post file 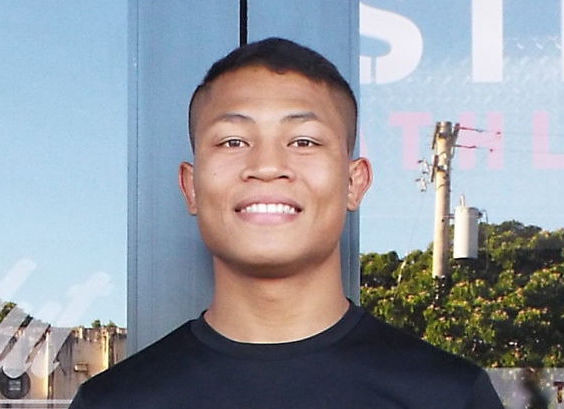 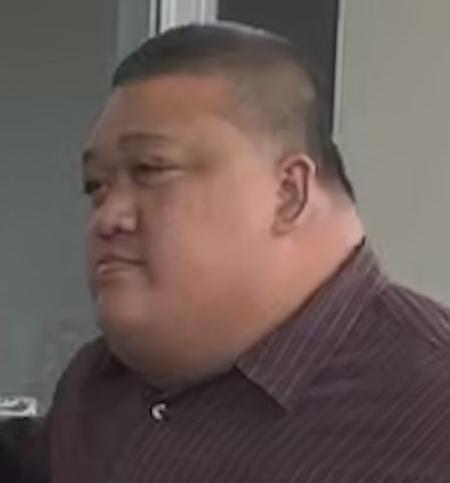 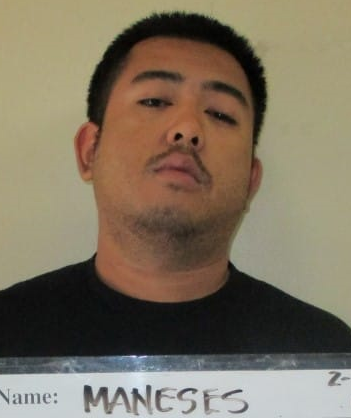 ‘I’M SORRY’: Gavin Duenas speaks to The Guam Daily Post following a sentencing hearing at the District Court of Guam in August 2019. In his case, DEA had intercepted two parcels of mailed meth with a combined weight of 6 pounds with near-100% purity. Post file

PALACIOS: Joshua Rivera Palacios is shown on a Superior Court video for his remote appearance from a jail cell in August. He was held on a $500,000 bail for the shooting death of Keith Castro a week ago. Post file

Guam’s illegal drug problem, primarily methamphetamine, continued to wreck many lives in 2019 and put the safety of many island residents at risk as drug-influenced crimes left a trail of victims across a broad spectrum of the island community.

Vehicles were stolen, innocent residents were injured, while homes and offices were burglarized.

The efforts of law enforcement at the borders and on the streets to stop the flow of drugs also have had successes.

Major drug seizures included the recent drug bust involving 3 pounds of meth intercepted at the post office. Authorities said in court documents that the suspect, Richard A. Gapasin Jr., in writing acknowledged his involvement in the Dec. 17 package pickup and with another mailed package he received a few months ago. He has yet to be proven guilty or innocent in federal court.

In another major drug seizure, on Nov. 18, Guam Customs officers and Postal Service investigators intercepted nearly 5 pounds of mailed meth from Las Vegas which led to the arrest of mixed martial arts fighter Ricky Mike Camp, 27. He recently pleaded not guilty to the charges against him. His trial could be set as soon as during his Jan. 9 hearing.

In a February raid, police seized 5.27 pounds of meth and 837 grams of marijuana from the house of Ramon Miguel Manalo Meneses, court documents in the local case state. Meneses, 27, has been charged with conspiracy to distribute methamphetamine hydrochloride in another case in federal court. The drugs were allegedly found inside a locked safe in a hidden compartment in a wall of the house, the magistrate's report states.

Police had a break in the Meneses case when he was stopped for speeding. Meneses is presumed innocent until his court cases’ results show otherwise.

Some of Guam’s meth also came from the Philippines, as shown in the case against Joel Po Ymballa. According to court documents, Ymballa, 49, was part of a conspiracy to smuggle meth into Guam from the Philippines as early as in 2017. He pleaded guilty in June for his role in the conspiracy. He was accused of bringing in nearly 2 pounds of meth in a suitcase after arriving on a flight from Manila, according to previously confidential court documents that became public as he entered a guilty plea.

‘Sorry’ from a drug dealer

One of the largest meth drug cases resolved this year involved Gavin Reyes Duenas, who was 33 when he was sentenced in August.

DEA had intercepted two parcels of mailed meth with a combined weight of 6 pounds with near-100% purity. A search of Duenas’ house including his bedroom turned up $40,235 in cash, drug ledgers, digital scales, cellphones, electronic devices, plastic bags, drug paraphernalia and another $2,100 in U.S. currency, court documents state.

After his sentencing, Duenas said, “I’m sorry for what I did. I’ve learned my lesson.” He was sentenced to seven years in federal prison.

Some public officials give mixed signals

In at least one of the more high-profile cases, certain former and current public officials threw their support behind a former Guam Homeland Security supervisor, Ricky Sanchez, who used his government office address to ship meth by mail.

Twenty-three letters were submitted in support of Sanchez to the District Court of Guam in hopes of the judge giving him a lenient sentence. Among those who vouched for Sanchez as a reformed man was Guam Police Department Chief Stephen Ignacio, the governor's Chief of Staff Tony Babauta, several former Guam senators, some of his former co-workers at Guam Homeland Security, Dededo Mayor Melissa Savares and Umatac Mayor Johnny Quinata.

District Court Chief Judge Frances Tydingco-Gatewood sentenced Sanchez to 30 months. He had asked for 18 to 24 months.

Guam’s judicial system has seen a variety of drug offenders go through the system repeatedly. One challenge for drug offenders who want to turn their lives around is the lack of places in Guam’s drug rehabilitation programs.

"We are not doing too well in the area of getting people treatment that need it,” Superior Court Judge Anita Sukola said in the recent sentencing of drug user Bruno Simmons, 45, who completed 15 years in prison for robbery and awaits a spot in a drug rehab program to open up for him. He also recently pleaded guilty in a prison contraband smuggling case.

“Our priorities in our life here on Guam is upside down,” the judge said to Simmons. “We are going to try to help you get that treatment."