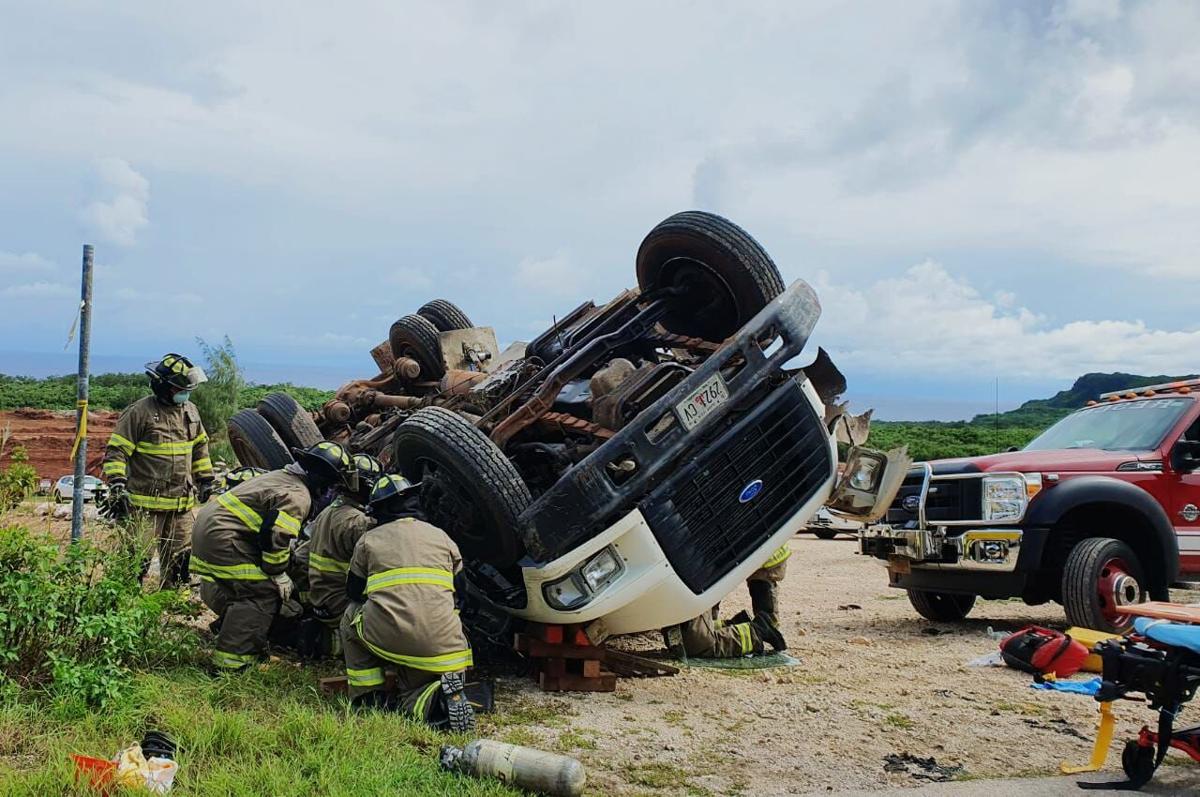 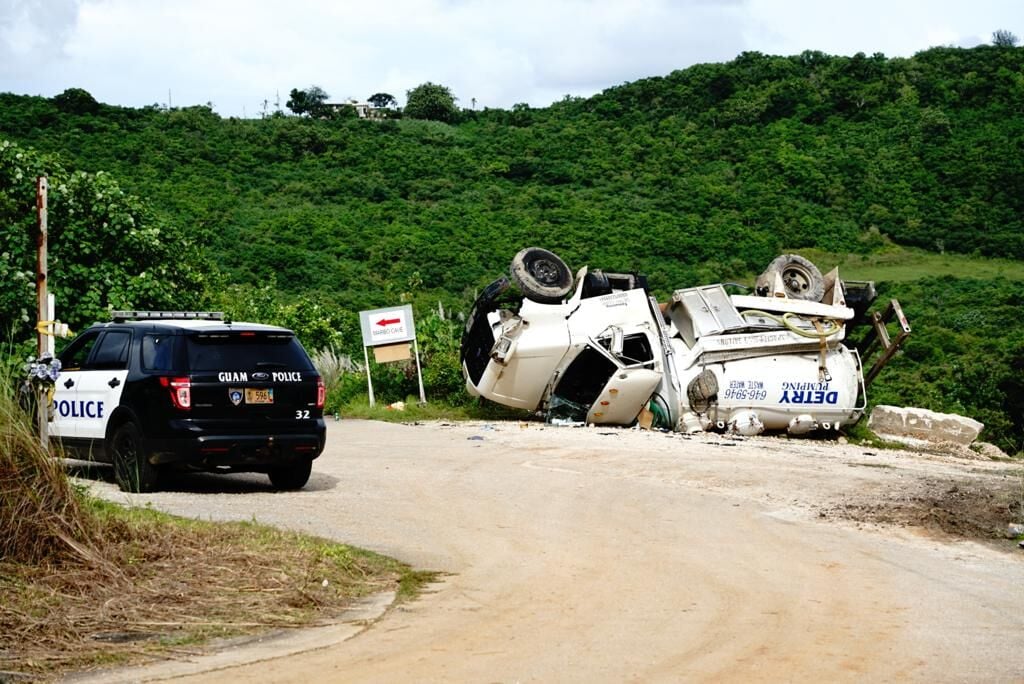 OVERTURNED: A Detry Pumping wastewater truck is seen on Thursday on the roadway leading to Marbo Caves. The passenger of the truck was pinned under the vehicle and died. Haruo Simion/The Guam Daily Post.

OVERTURNED: A Detry Pumping wastewater truck is seen on Thursday on the roadway leading to Marbo Caves. The passenger of the truck was pinned under the vehicle and died. Haruo Simion/The Guam Daily Post.

A 21-year-old man lost his life in the crash of a wastewater company's truck Thursday.

The victim was pinned under the truck and was pronounced dead by attending physicians at Guam Memorial Hospital, said Guam police spokesman Sgt. Paul Tapao.

The male driver survived and was treated at GMH.

This case is ongoing as crash investigators have yet to determine if speed, alcohol or drugs were factors in the crash, Tapao stated.

The crash occurred on the road to Marbo Cave in Mangilao on Thursday afternoon.

When they arrived medics found one man, ejected from the vehicle, who was pulseless and breathless.

"Lifesaving measures were not performed because of the severity of his injuries," said Reilly.

The driver was trapped inside the vehicle. Medics had to use the Jaws of Life to extricate him from the cab of the truck.

An excavator from the nearby construction site was used to lift the vehicle off the victim who was trapped inside the cab.