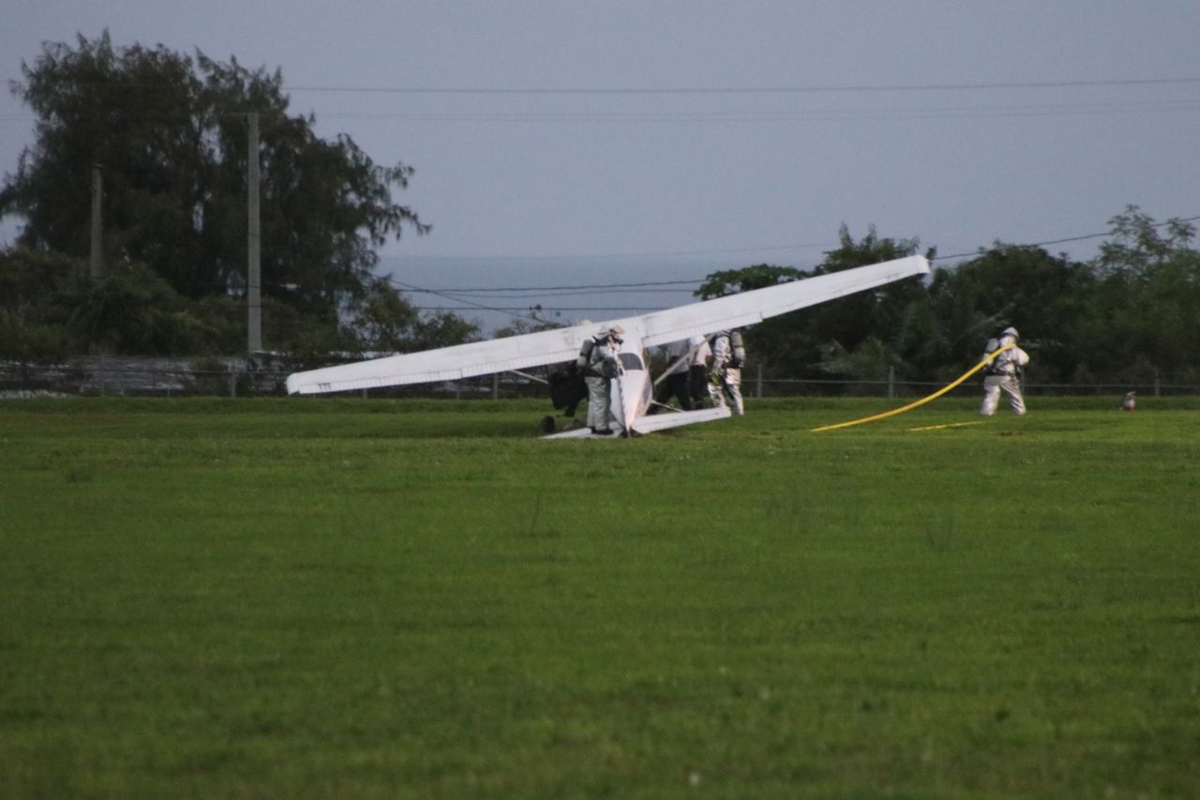 GRASSY LANDING: A Cessna 120 made an emergency landing off the runway at the A.B. Won Pat International Airport this afternoon. David Castro/The Guam Daily Post 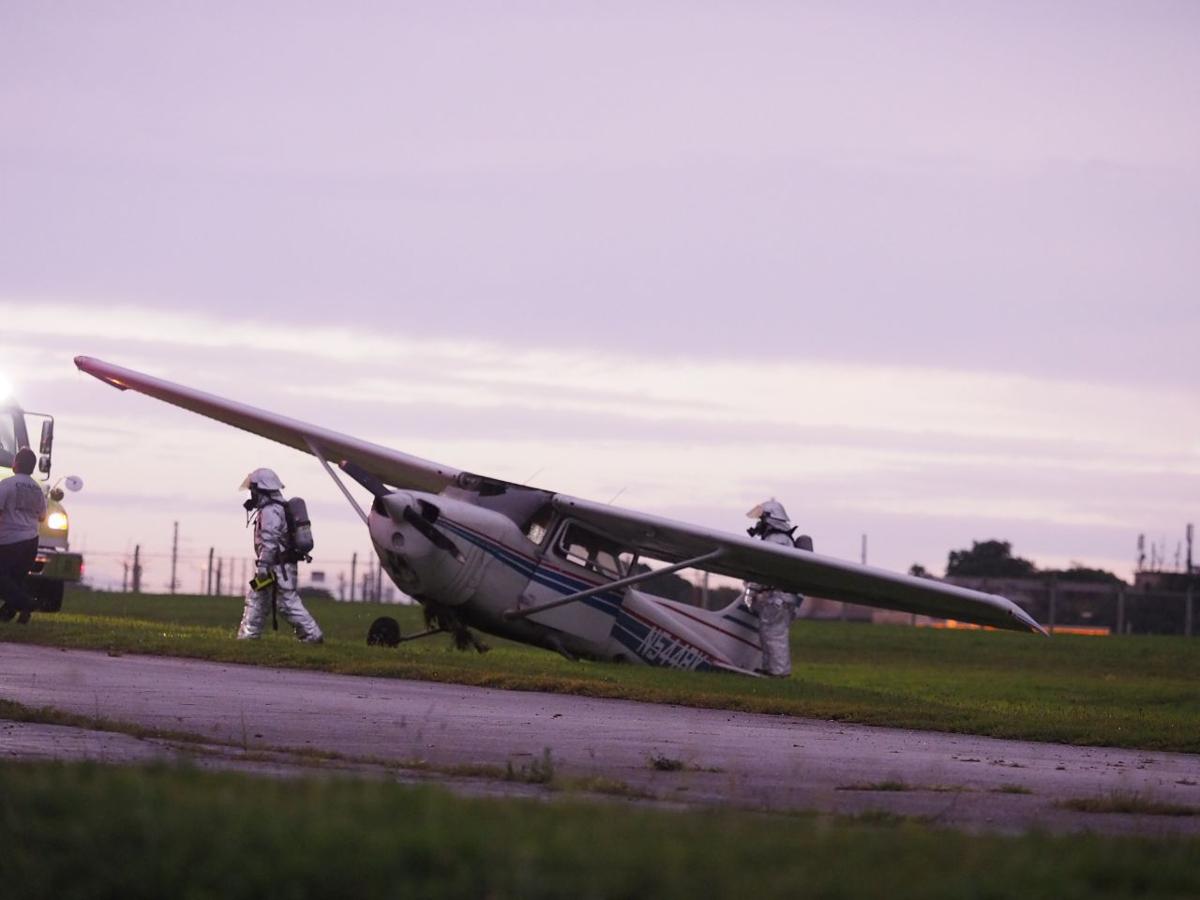 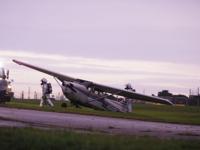 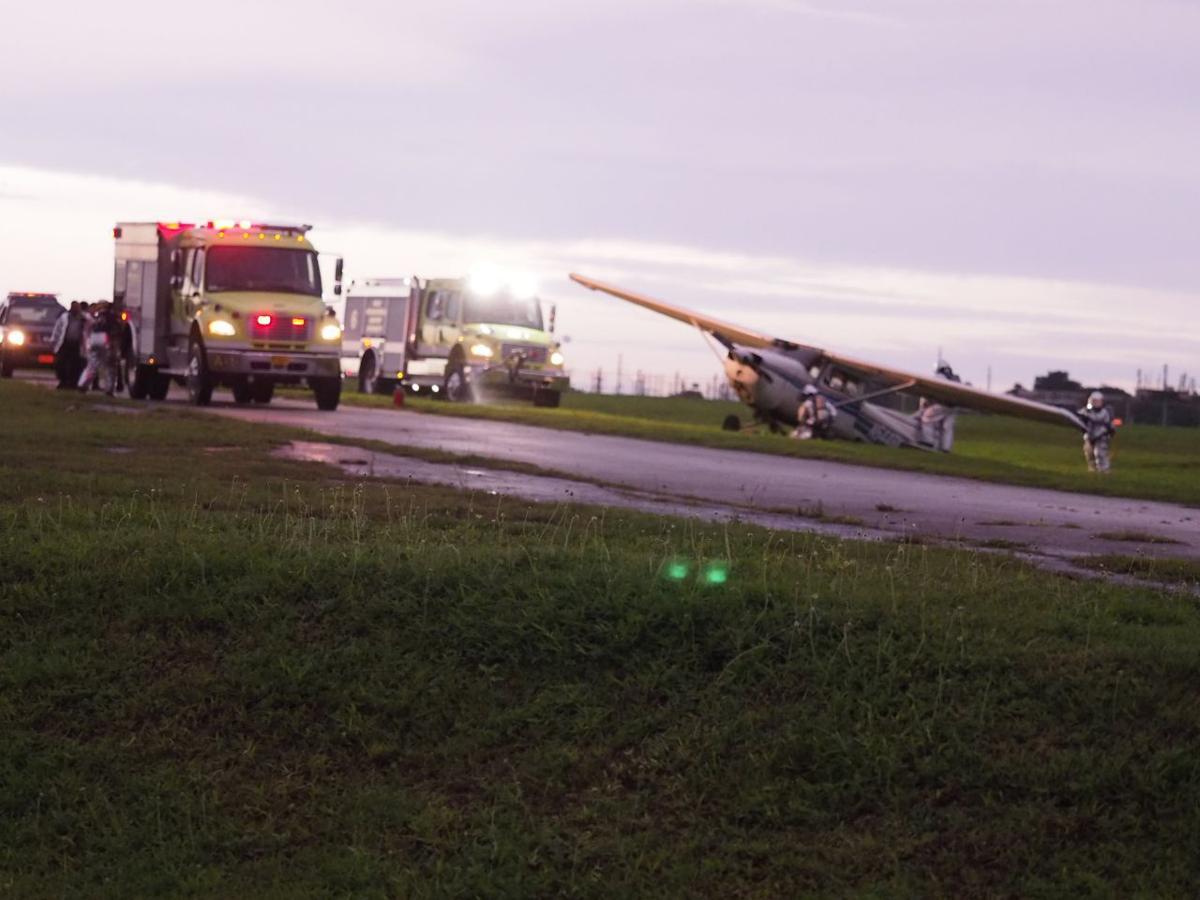 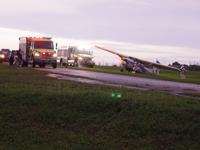 GRASSY LANDING: A Cessna 120 made an emergency landing off the runway at the A.B. Won Pat International Airport this afternoon. David Castro/The Guam Daily Post

The pilot and two passengers of a small plane that crash-landed on a grassy area off the A.B. Won Pat International Airport runway late yesterday afternoon are fine, according to the business that operates the plane.

“Everyone’s OK,” according to a company representative last night when The Guam Daily Post called Sky Guam Aviation, which operates the plane that transports tourists on sightseeing flights in and out of the Guam airport.

Two of the people on board the four-seater Cessna were transported to the hospital and they were conscious, said airport Marketing Administrator Rolenda Faasuamalie.

No flames or smoke were seen when the plane hit the ground.

No other flights were disrupted, Faasuamalie said.

The Federal Aviation Administration has sent an investigator to the site and the National Transportation Safety Board will be informed, she said.

The plane landed on the grass near the edge of the runway close to Route 8.

Two employees at Island Girl coffee shop across the street from the crash site saw the plane after it had already crash-landed off the runway.

“I was freaked out,” Brey Rosario told the Post. "The first thing I thought of was a terrorist attack, and then when I saw the side of the plane, I thought that maybe it’s just like an accident."

Rosario did not see or hear the accident, but she was alerted to it after one of her customers mentioned it to her.

“It was tilted to the side and next to the tree, but there wasn’t any smoke or anybody there yet. ... I saw (first responders) all rushing to the side of Airport Road.”

“We just saw it when it hit the ground,” said Ashley San Agustin, who described how half of the plane was touching the ground.

The tour company has been in business for at least five years and is listed as a tourism business with the Guam Visitors Bureau.