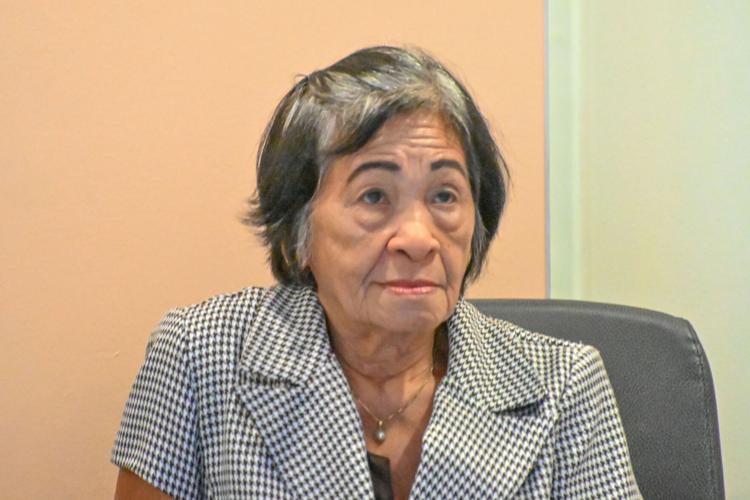 DELIN: Maria Delin sits outside the courtroom before her hearing Thursday at the Superior Court of Guam in Hagåtña. David Castro/The Guam Daily Post 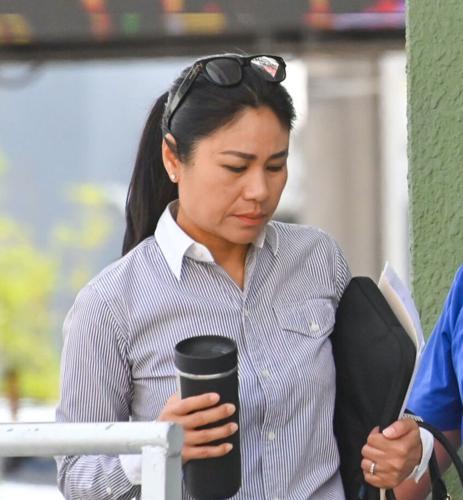 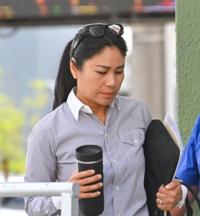 DELIN: Maria Delin sits outside the courtroom before her hearing Thursday at the Superior Court of Guam in Hagåtña. David Castro/The Guam Daily Post

A 2018 Businesswoman of the Year awardee, Mary Grace Delin Jacot, has been ordered by a Superior Court judge to stay away and have no contact with her 83-year-old mother, Maria Lourdes Marzan Delin.

Delin alleged that Jacot has physically abused her and tried to force her out of her home of 40 years in Liguan Terrace, Dededo.

Medical records and photos were filed in court showing bruises on Delin.

“I don’t want my daughter battering me because every time she harasses me, she wants to chase me out of my house. I don’t want that because it’s my house,” said Delin in an interview with The Guam Daily Post. “I want help.”

Delin said she's worried for her safety the next time Jacot comes to the house.

Judge Dana Gutierrez on Thursday said a temporary restraining order is in place and ordered Jacot to stay away from her mother and to surrender her firearm while the case is ongoing.

The daughter, through her attorney, contends she is the victim.

Jacot appeared virtually during the hearing with her attorney Louie Yanza who told the court that it was Delin who assaulted his client.

The mother and daughter disagree on who is the rightful owner of the home.

Yanza said Jacot is the rightful owner of the Liguan Terrace home and Jacot plans to evict Delin from the home.

Jacot is the chief executive officer of SET Pacific Inc.

On May 10, Delin alleged that Jacot showed up at the Dededo home unannounced and Jacot had her employee forcibly change the locks on Delin’s door.

It was when Delin told the worker to stop that Jacot allegedly pushed her into her bedroom, shoved the door against Delin, causing her to fall back and hit the TV stand.

Delin said she was pinned.

“I could not breathe because her body was pushing my chest against the bed and my face was pinned also on the bed face down. She had my arms stretched out. I was trying to fight back and tried to bite her to break free. She applied more of her body weight upon me. She was hurting me and trying to keep me from screaming,” she said in her affidavit filed with the court on Wednesday. “I got out of my home to get away from her. I saw her lock my door so that I could not get back inside … I was so scared and traumatized by what was happening to me.”

Delin went to a neighbor’s home to call for help.

She had other relatives help her to report the allegations to the Dededo Precinct Command.

Complaint filed with precinct; no arrest made

Police did not make an arrest.

Delin said her daughter’s actions that day frightened her, as she alleged Jacot in the past made threatening and harassing remarks that she should just die, that she is tired of looking after her and that she was going to sell the home.

”She has also angrily called me a crazy old lady and been trying to move me out of the house to my other children’s homes in the states,” court documents state.

The following day, Delin said Jacot returned with her husband and police to try to have Delin removed from the home.

Delin continues to reside on the property where Jacot also has housed several employees who Delin believes are H-2 workers from the Philippines.

'A respectable member of this community'

Yanza argued for Jacot there was no need to surrender her firearm.

“She’s a businesswoman. She led the Guam Chamber of Commerce for a year as president. She is a respectable member of this community,” said Yanza. “She has no reason to use this firearm.”

Yanza said police found there was insufficient probable cause to arrest Jacot.

The parties are scheduled to appear back in court on June 2.

Delin is hoping for a peaceful outcome.

“This is the worst thing that happened to me,” Delin said, as she is pleading with the Guam Police Department Chief and the Attorney General for justice. “Please help me!”

Attorney Moylan said he has filed a complaint with GPD’s internal affairs against the officers involved in Delin's complaint.

“The law has to be equally applied to everybody in order to protect us from not just coming to the next hearing but going to a funeral. Your obligation as an officer is to protect this woman against this individual who doesn’t live there,” said Moylan.

Question to police: 'Why didn't you arrest for this situation?'

“Is there something going on that we are not seeing here and that there is influence being exercised? These are the questions I’m asking the police. Why didn’t you arrest for this situation just to protect her? Let the criminal justice system prove right or wrong and guilt or innocence. A lot of words are said throughout our community about let’s protect the weakest in our community. This month is I believe manamko month, and what a way to show Guam how it’s failing our manamkos.”

He noted May was declared Senior Citizens Month.