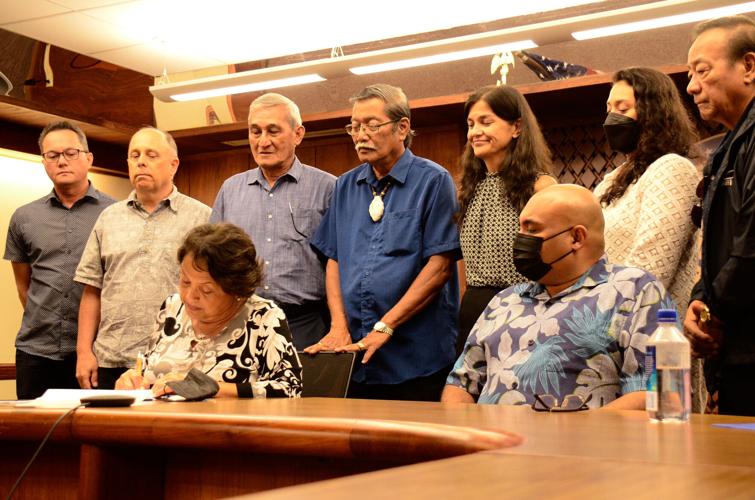 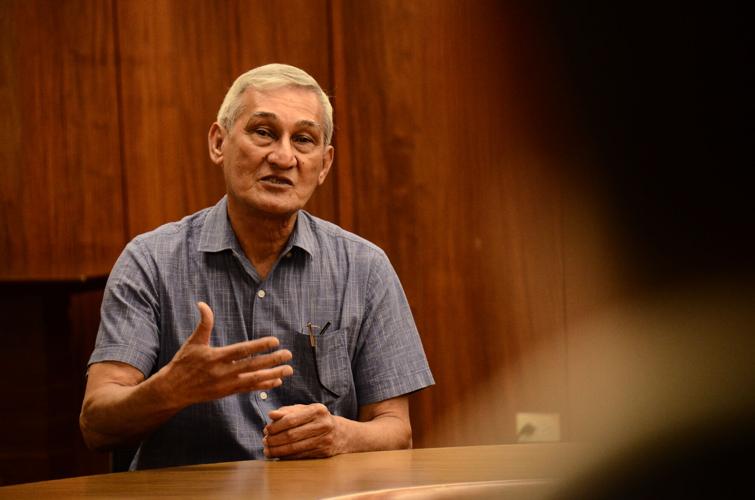 With a few key utility officials and lawmakers behind her, Gov. Lou Leon Guerrero put pen to paper and signed Bill 325-36, the power rate credit program, into law.

The measure grants $500 in credits to all residential, master-metered and commercial power customers, which will be divided into five $100 credits against customer billings over five months.

The first month to be covered under the program is July. That means the credits will be reflected in bills received from August onward. Credits will also roll over to subsequent months if not used entirely, until they are exhausted, officials confirmed at the bill signing Wednesday. Depending on your power consumption, the credits may be utilized for more than five months.

Power rates - specifically the fuel surcharge or Levelized Energy Adjustment Clause - have done nothing but go up since February 2021 due to increasing fuel costs, with more recent price hikes attributed to the fallout from Russia's war with Ukraine.

In late 2021, the governor provided $15 million in Coronavirus State and Local Fiscal Recovery Funds to GPA - as an allotment to the agency and not as a credit or direct assistance - as means to mitigate rate increases at that time.

The CSLFRF are federal funds under the governor's discretion, granted by the American Rescue Plan.

There was discussion throughout debate on Bill 325 as to whether the same federal funds could be utilized for the credit program, instead of having to draw from the General Fund.

Adelup has stated that they cannot, as the program would assist at a time when rate increases are being driven by the war in Ukraine. The program is also intended to assist all ratepayers regardless of income, which would run afoul with the final rules for the CSLFRF, according to Adelup.

Lawmakers nonetheless adopted an amendment before passing Bill 325, creating multiple funding sources, including any federal funds that can be used for the purpose of the legislation.

On Wednesday, Leon Guerrero pushed aside any doubt that funding for the program will have to come from local coffers.

"It is also very clear ... that the reason for the increase of fuel in this period of time is because of the Ukraine-Russia conflict. ... This cost of increase in fuel power is not because of the pandemic," Leon Guerrero said. "I want to make it very clear, that in the final rules ... ARP monies cannot be used for non-pandemic outcomes."

The U.S. Department of the Treasury presumes that households in U.S. territories are disproportionately impacted by the pandemic, but Leon Guerrero said these jurisdictions are in no way absolved of restrictions under the CSLFRF final rules.

"Specifically, the nature of the assistance must correspond to the nature of the identified impact," the governor added. "While I agree that all households in Guam have suffered from disparities in our standards of living from our stateside counterparts, these disparities occur in the context of healthcare or infrastructure."

These disparities existed before the COVID-19 pandemic, the governor said, adding later that she is addressing these issues by pursuing a new medical complex.

"We must use these (ARP) monies to address these disparities and not to provide gratuities to people who haven't experienced any impact," she added.

How would you grade the first term of Gov. Lou Leon Guerrero?

Get out and live your best life

Happy Thanksgiving, Guam! As you read this column preparing for turkey dinner, I share in our collective gratitude for all that we have: life,… Read moreGet out and live your best life

Open our hearts to those less fortunate

On Nov. 24, families come together to eat turkey with stuffing and cranberry sauce. However, sometimes we need to remember the name of the hol… Read moreOpen our hearts to those less fortunate