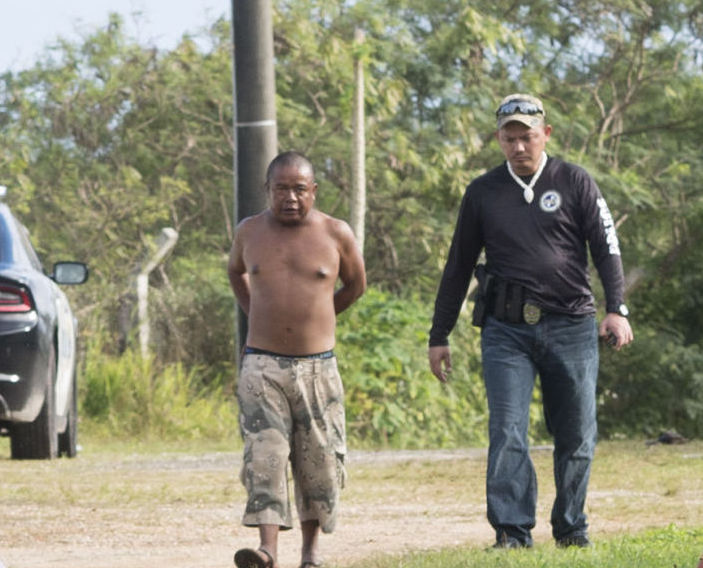 MANSLAUGHTER: A man in handcuffs, later identified by police as Brandy Ngiraibai Stephanus, is brought to the area where officers were conducting a search in the workers' barracks of Base Corporation in Yigo in 2018. Stephanus has been sentenced for the killing his co-worker Randy Tomei. Norman M. Taruc/The Guam Daily Post 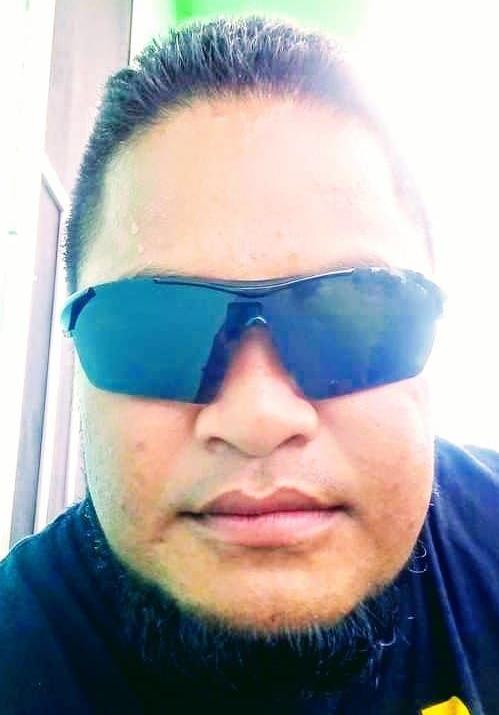 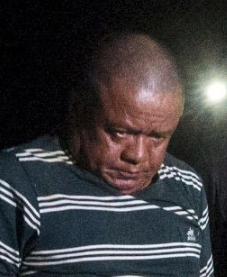 Brandy Ngiraibai Stephanus was emotional and in tears as he spoke at his sentencing hearing in the Superior Court of Guam on Thursday.

“I am really sorry for the life of my co-worker. I didn’t mean it," said the 40-year-old Stephanus. “I'm feeling sorry for the family. In the year I’ve been in jail, I’ve been thinking about the family of (Randy) Tomei. For their loss. We were drunk and had an argument. He followed me to my room ... I push the door closer to him, poked him with a knife then moved away from my door.”

Assistant Attorney General Leonardo Rapadas asked the court to sentence Stephanus to 12 years in prison. However, defense attorney William Jones asked that his client be sentenced to eight years, the minimum amount of jail time Stephanus faced based on the plea agreement.

"We do request he spend more time than the minimum," said Rapadas.

Jones said Stephanus and Tomei came to Guam from Palau for work in 2018.

"We found ourselves in a situation that was tense at the employee compound. Alcohol was a factor. The employer was about to send them back to Palau for several reasons, and that was the environment at the time," said Jones, who argued his client did call 911 and cooperated with police. “He has been a very productive member of his community."

Judge Michael Bordallo sentenced Stephanus to 10 years in prison with credit for time served. Stephanus has spent 377 days in jail.

"The court finds he is remorseful and, other than this crime, he has proven to be a hard worker and a religious man who had no prior issues with the law," Bordallo said.

Stephanus will be placed on five years of probation after being released from prison. The court also recommended he undergo an assessment for drug and alcohol treatment.

He pleaded guilty to manslaughter, a less severe crime than murder.

According to court documents, Stephanus told police, “I'm the one who did it.”

He told authorities that he and Tomei had been drinking earlier that day and were arguing over plates of food.

Rapadas said the victim's family is seeking restitution, which will be set at a later date.