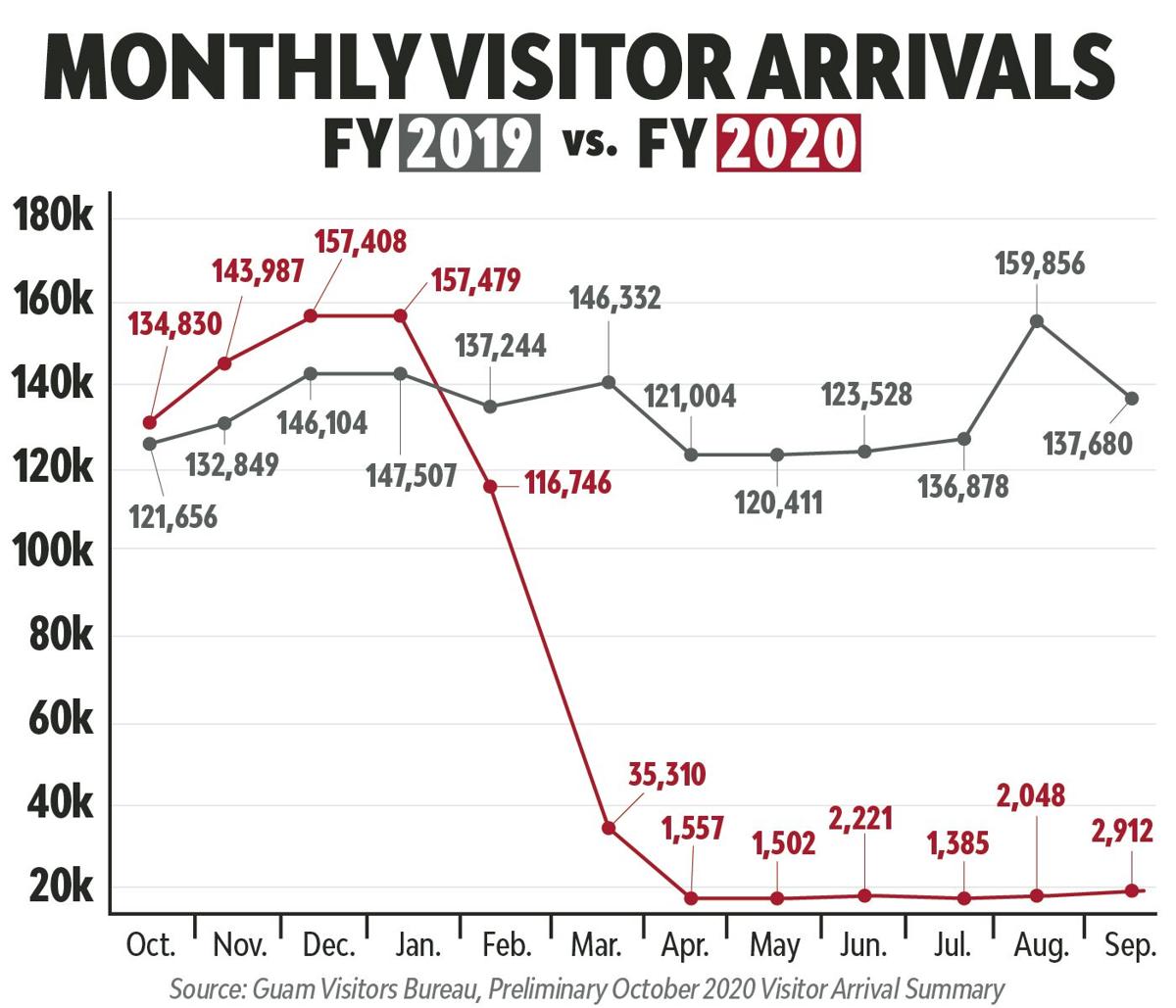 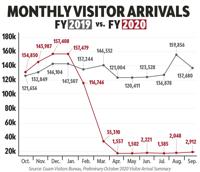 PLUMMET: Guam's visitor arrivals took a nosedive beginning in March 2020 as shown in the red line and haven't recovered since. Illustration by Jon Diaz 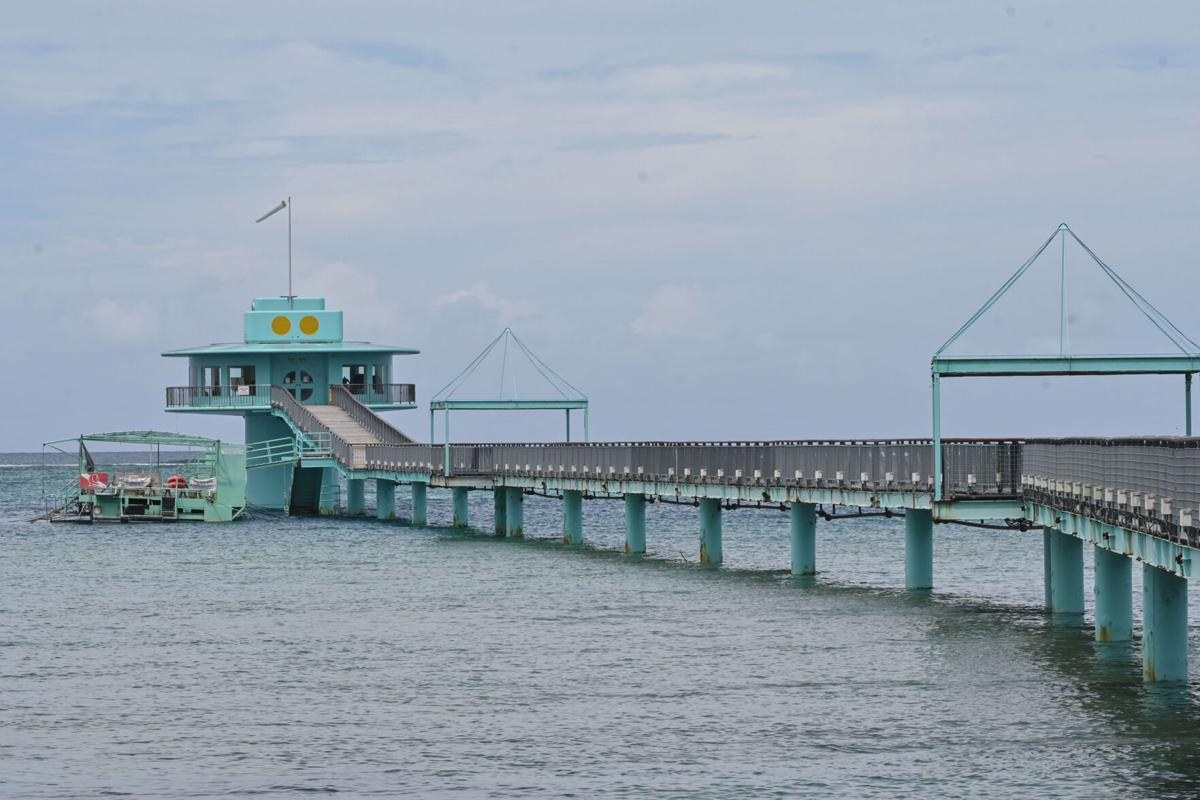 PLUMMET: Guam's visitor arrivals took a nosedive beginning in March 2020 as shown in the red line and haven't recovered since. Illustration by Jon Diaz

But the economic decline would have been far worse, at 42% to 49%, were it not for the infusion of $1.6 billion in federal pandemic assistance in 2020, the report states.

That would have been worse than what occurred during the Great Depression in the United States between 1929 and 1933 when the economy contracted by 25%, according to the report.

The 85-page "2020 Guam Economic Report" was released on Wednesday by University of Guam economics professor Maria Claret Ruane and a team of faculty, students and alumni from the UOG School of Business and Public Administration.

The report estimates that Guam's tourism economy lost $1.38 billion in revenue, which was more than offset by the more than $1.6 billion in federal pandemic aid.

Military construction and related costs also went up in 2020, a prior report from the Guam Department of Labor indicated.

"You don't need to be a director of Labor to understand that more than half a billion dollars in unemployment assistance and there are others like the Paycheck Protection Program and the stimulus money that were the saving grace for this island," Guam Labor Director David Dell'Isola said Wednesday night, of the economic report.

The report also noted that the pandemic has been a wake-up call for Guam to reduce its reliance on tourism, and highlighted the advantages and disadvantages of Guam's relationship with the United States.

Tourism arrivals plummeted by 95% between March and November 2020, according to Guam Visitors Bureau data, wiping out more than 1 million visitor arrivals and nearly $1.4 billion in tourism revenue for Guam.