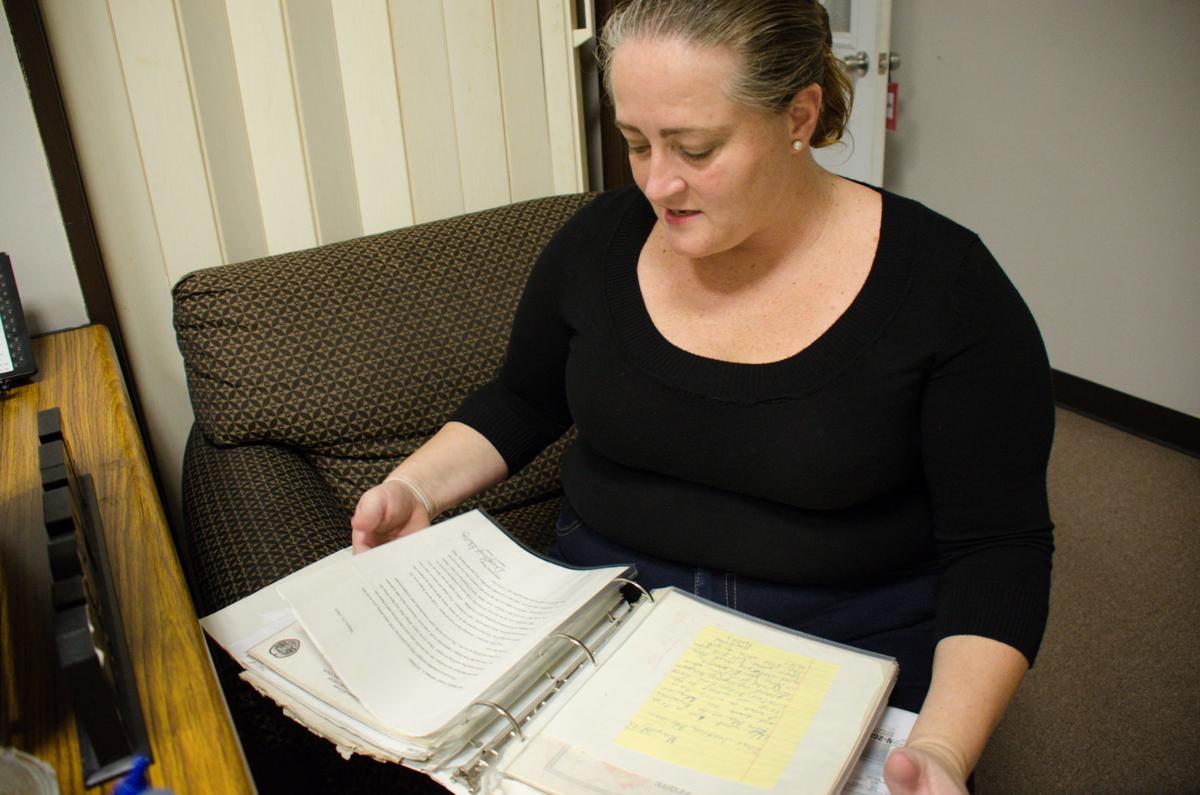 ANCHOR: Adriane Jennings keeps letters from her family neatly protected in a black binder she keeps with her. At the time of her interview with The Guam Daily Post, Jennings was working hard to maintain her sobriety – determined to become the person the letters said she is. John O'Connor/Guam Daily Post 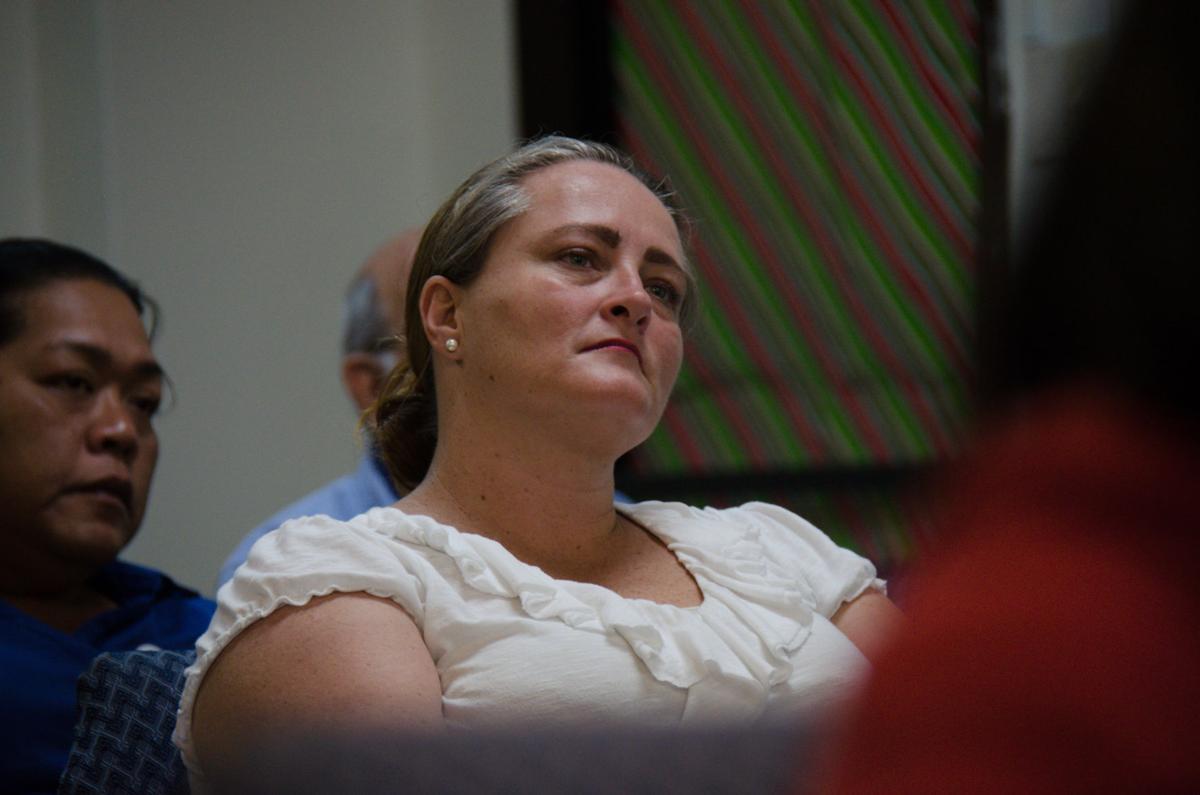 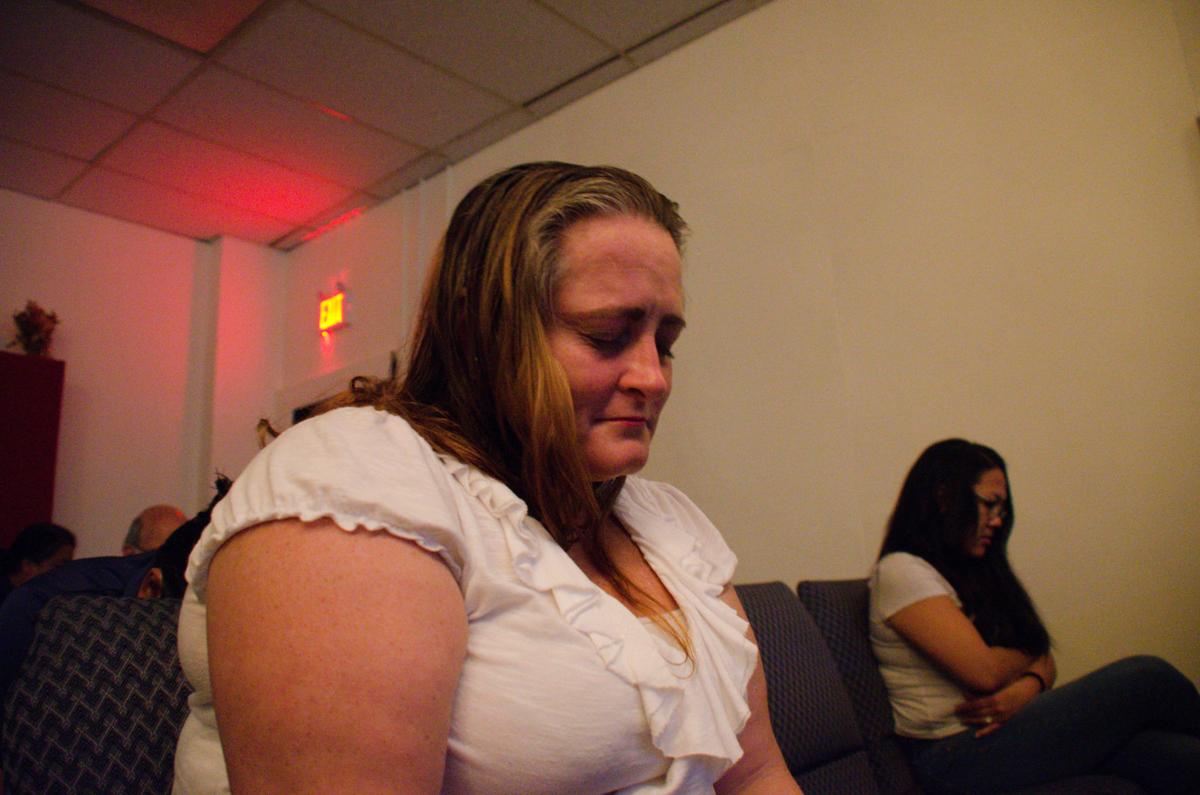 ANCHOR: Adriane Jennings keeps letters from her family neatly protected in a black binder she keeps with her. At the time of her interview with The Guam Daily Post, Jennings was working hard to maintain her sobriety – determined to become the person the letters said she is. John O'Connor/Guam Daily Post

Editor's note: This is the fourth story in a series highlighting an individual's experiences on the road to substance abuse recovery on Guam. The series aims to shed light on Guam's need for resources to effectively administer its drug treatment programs.

Adriane Jennings landed a hand on top a single sheet of paper tucked within the middle section of the binder. Inside the clear protective plastic was a letter, from a woman named Darcey. Jennings read it aloud.

"My dearest auntie Adriane L. Jennings," she began. "You were a stranger that accepted me with open arms ... the one person who put a foot down and a hand out without expecting anything in return. ... I can never repay you for the love and support you have given me ... Take care of yourself ... I love you."

Darcey is the stepdaughter of a good friend, Jennings said. The letter dated back to 2005 but the two women had the opportunity to talk more recently.

Jennings was arrested on burglary and drug charges in January 2018. It was her second case in about a year.

Jennings was homeless at that time but Darcey, living in the states, learned about the arrest and asked her stepfather in Guam to find Jennings. The pair reunited with help from a manager at the McDonalds restaurant in Tumon, who passed on contact information to Jennings when she visited the fast food chain.

"She and I spoke and she planned to get me a ticket to leave island when I'm done with my probation," Jennings said. "Just to get me away from everything."

The letter joined several other assorted documents that Jennings stored within a black binder at Oasis Empowerment Center. Nestled among those documents are a few more letters – from a son, who says he finally has his mother back; and a sister, with whom Jennings wishes to make amends.

"It brings me back to who I used to be," Jennings said, looking over Darcey's letter. "That I can do it again with the support I get here at Oasis."

In a past life, Jennings worked as a manager at the Bank of Guam and then a collector with Wells Fargo Financial before the company closed its doors nearly a decade ago.

She struggled financially from then on and clashed with her family over her drug use. The drug of choice was methamphetamine.

Jennings first used meth at around 16-years-old but stayed off it for a period of time. When she and her children's father ended their relationship, Jennings started dating a drug user. For years afterward, she became a "weekend smoker," using meth every Friday.

Jennings is on her second attempt at recovery through Oasis. She first arrived at the treatment center in 2015, but under a very different circumstance.

"I first came into the program as a rape and domestic abuse patient," Jennings said. "I was raped by a cop."

The officer hired a lawyer, she said, and the case would later hang over the lack of evidence. A Freedom of Information Act request to the police by The Guam Daily Post yielded a citation to disclosure law preventing release of investigative records.

To Jennings, the government had failed her and news of the case status would strike at a time most vulnerable.

Jennings said she used the same day she found out the case would not move forward.

At Oasis, she had been placed into the Empowered Together program, where she lived in an apartment with another woman. But after attempting to dodge a drug test, Jennings was shifted into the inpatient program.

Jennings had what she called an "attitude problem" at that time and lacked the spirituality that she has now.

She left the program just six days shy of graduation.

Once out on the concrete and pavement, Jennings would ultimately find herself sleeping in parking lots or condominium basements. In March 2017, she was arrested on drug charges. In the following year came the arrest for burglary, as well as more drug charges. Police initially had two charges on her in the burglary case, but Jennings said she confessed to more crimes "because what I did, I don't do and I couldn't live with myself for doing it. I told myself I would never burglarize and I did."

She would spend more than two months detained.

There is no drug treatment available to detainees at the Department of Corrections but as part of a potential plea agreement, Jennings said she would receive treatment within the prison.

"But the judge said, 'Why jail? Why not Oasis?'" Jennings said. "So when she said that I came here."

The cases were still in pretrial status when Jennings spoke to the Post in mid-April. The prosecution was pressing for jail time, she said, but the judge may decide differently.

Prior to returning to Oasis, Jennings received some help from an aunt and uncle and their children – the Naval family. They learned late last year that Jennings had been living at an abandoned Tumon parking lot. The Navals found her and opened their doors to her, as well as their faith.

"What makes it so much better with me and the program this time around, I came in 10 months clean and I came in with some God in my life," Jennings said.

Now, as she works toward treatment and maintaining sobriety, Jennings also walks the difficult path of rebuilding old relationships. She has her sons, ages 18 and 22, as well as the three younger siblings she helped raise with her stepfather.

Her older son has become a foundation of support. He had written to the court in January about Jennings; that they were a close family at first, that she would later be kicked out of their family home and that he wouldn't realize what was going on until his senior year in high school.

"In my understanding, prison is for people who are criminals or people who need help," his letter stated. "Maybe at one point in time, my mom would look like both, but I no longer see a criminal when I see my mom. ... For the first time in eight years, I can finally say I have my mother back."

Jennings told the Post: "I've been 10 months clean living on the streets. I've had opportunities to smoke. It's been in my face and I refuse to. I've got my children and I'm not going to let them down ... Both my kids told me, 'This is your last chance with us, Mom.' I'm not going to mess that up, I love my kids."

In the end, Jennings wanted the opportunity to also prove her commitment to the siblings she helped raise.

"I let them down. They gave me two chances to come back home and both times I failed. So this time around, I'm going to do my best to get them back," Jennings said, sobbing. "Please tell them how sorry I am and how much I need them."

Within the same binder as the letters from Darcey and her son is a letter from Jennings' younger sister. It was written eight years ago, as a thank-you note to Jennings for her birthday.

"I want her to be able to look at me the same way as she did," Jennings said. "When she was a senior in high school."

In the letter, her sister talked about her appreciation for Jennings and how she wanted to finish high school and college, and find a job so she can help the family and repay Jennings for everything.

"I really do want to get a job and help out because I feel like I need to. I have to. It shouldn't be you all the time," the letter stated. "I'm sorry I'm not a perfect little sister but I try, a little too hard I think, but I do. Well, I gotta go now. Dad's telling me to go to sleep. So, yeah. I love you."

This is a nine-day series highlighting individuals' experiences on the road to substance abuse recovery on Guam. The series aims to shed light…