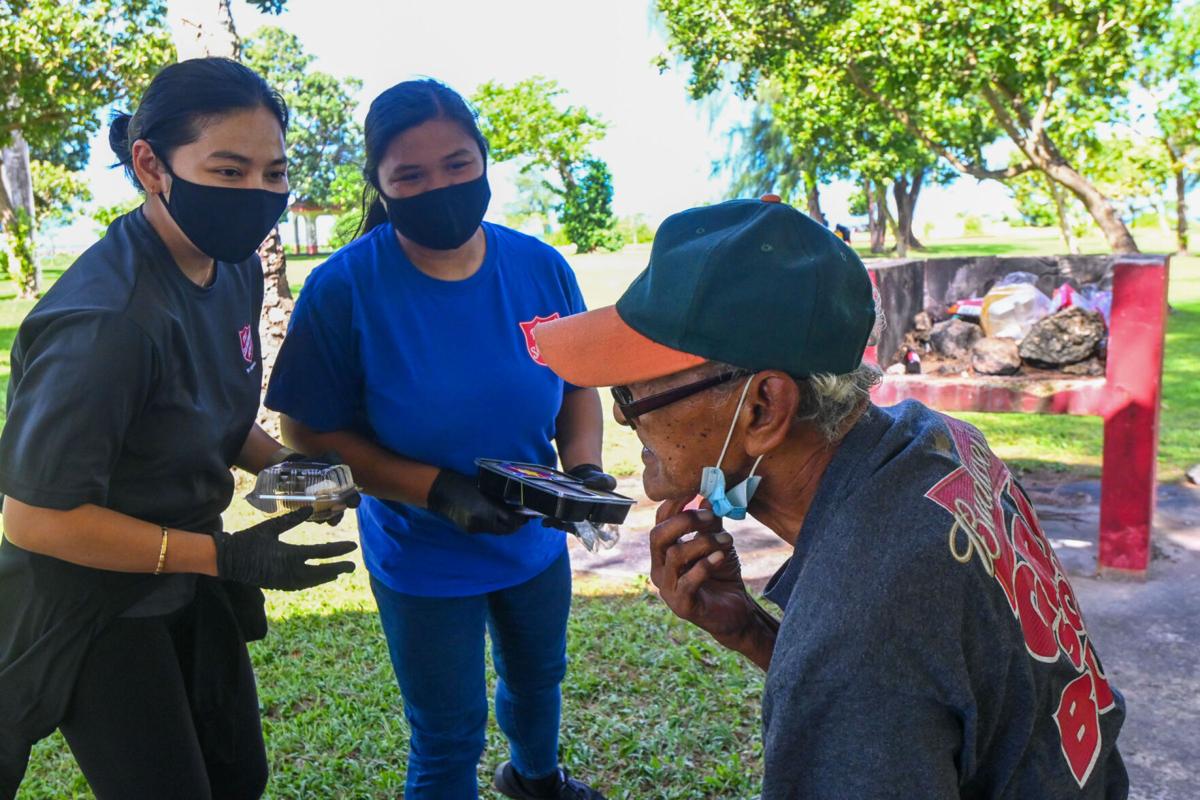 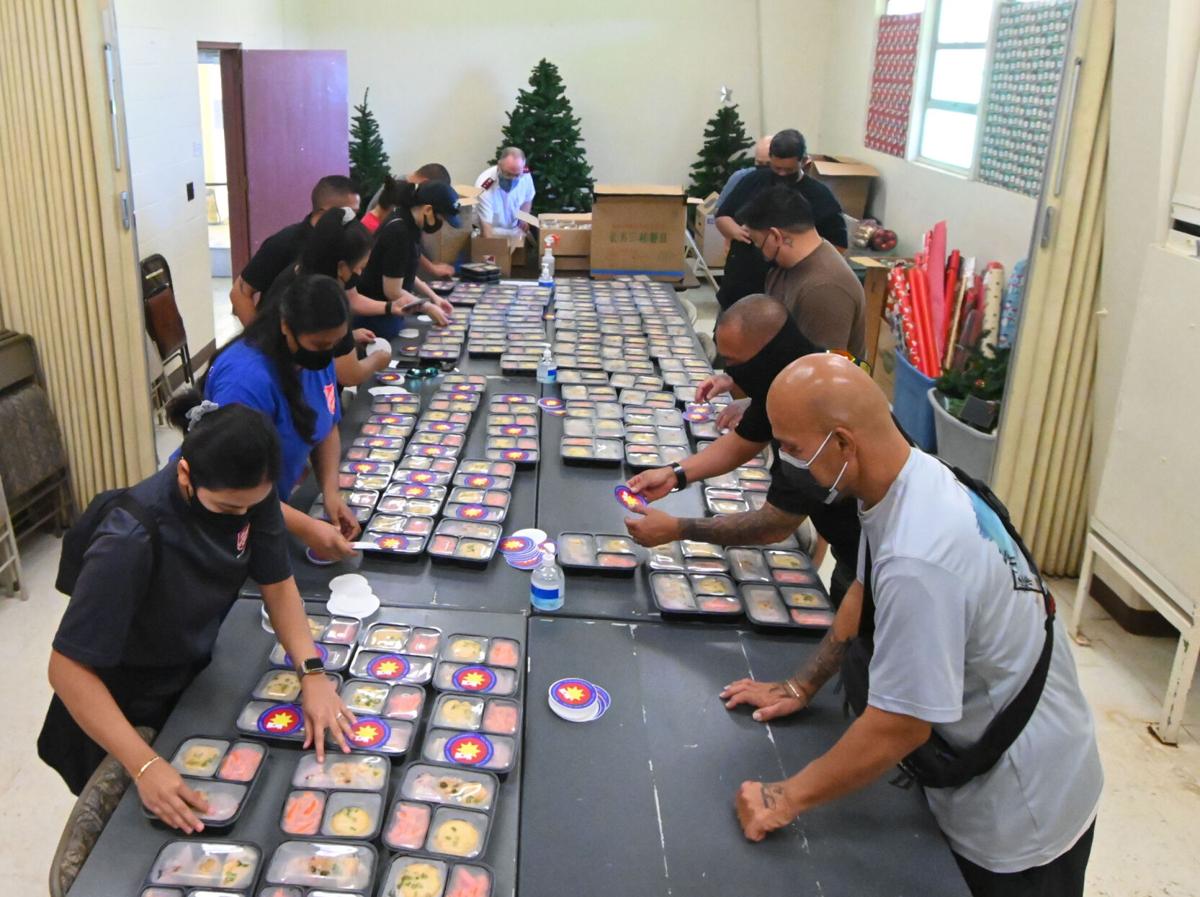 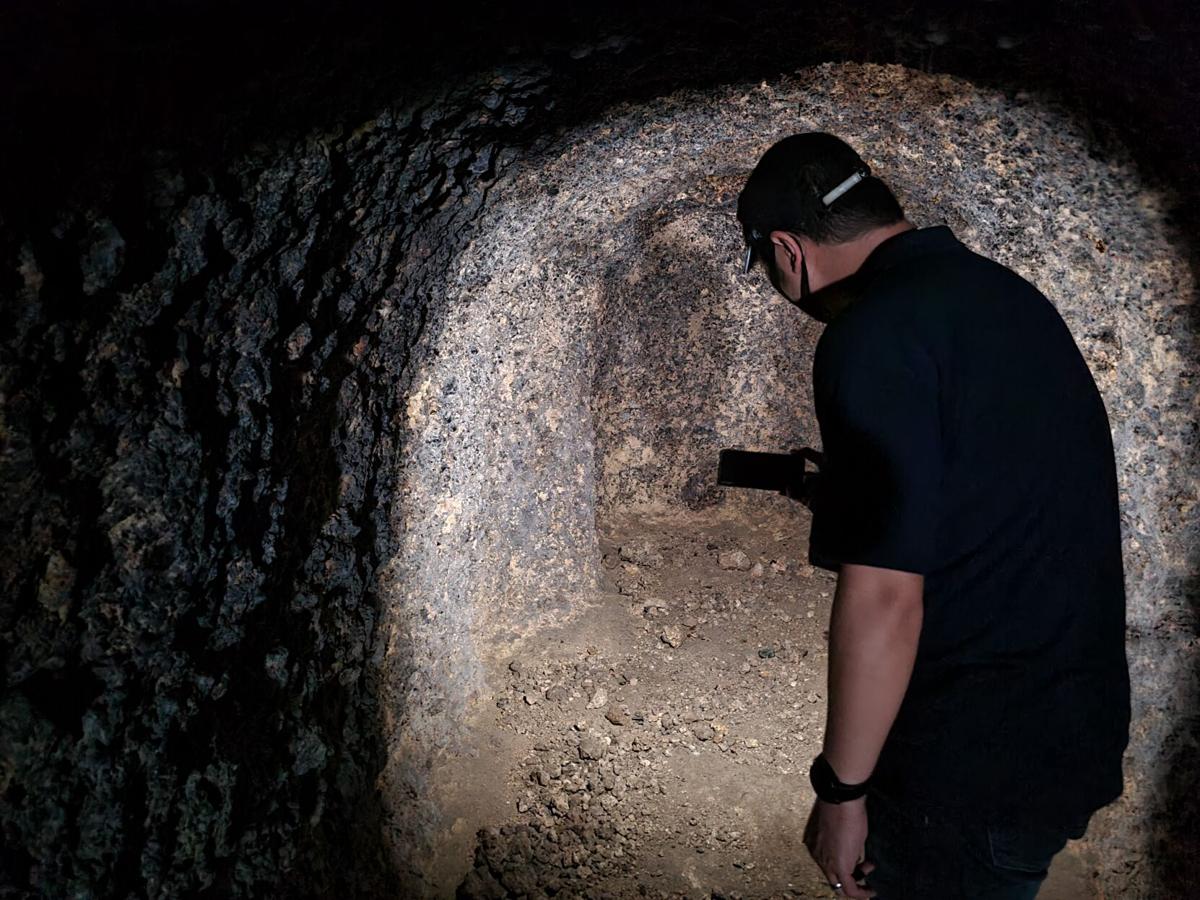 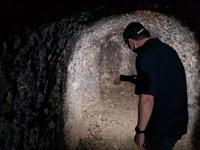 CAVE SYSTEM: Guam Salvation Army business coordinator Juan Trinidad hits a dead end as he checks the cave system near the Judiciary of Guam for people to hand Thanksgiving meals to. While there was evidence of a person using the cave as shelter, there was no one found in the cave Thursday. John O'Connor/The Guam Daily Post 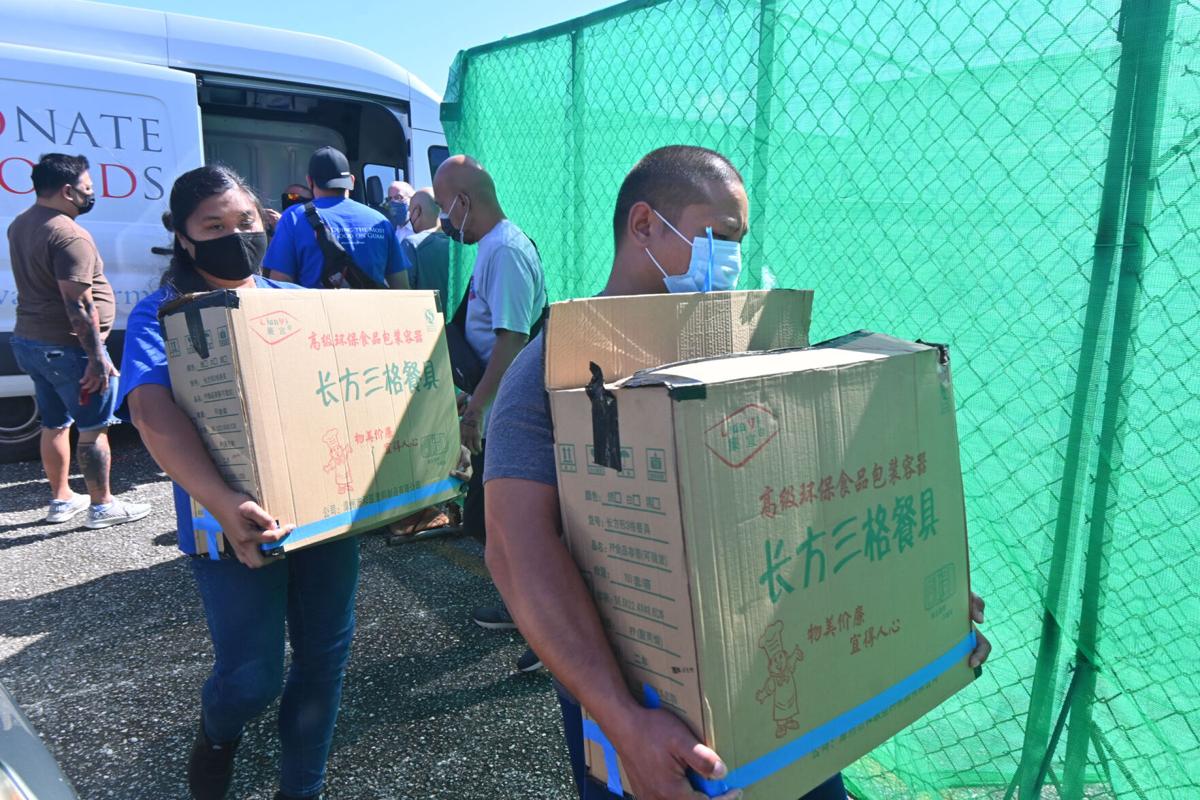 GETTING READY: Salvation Army staff unload Thanksgiving meals that will be distributed to homeless people around the island Thursday at the Salvation Army Headquarters in Tiyan. David Castro/The Guam Daily Post 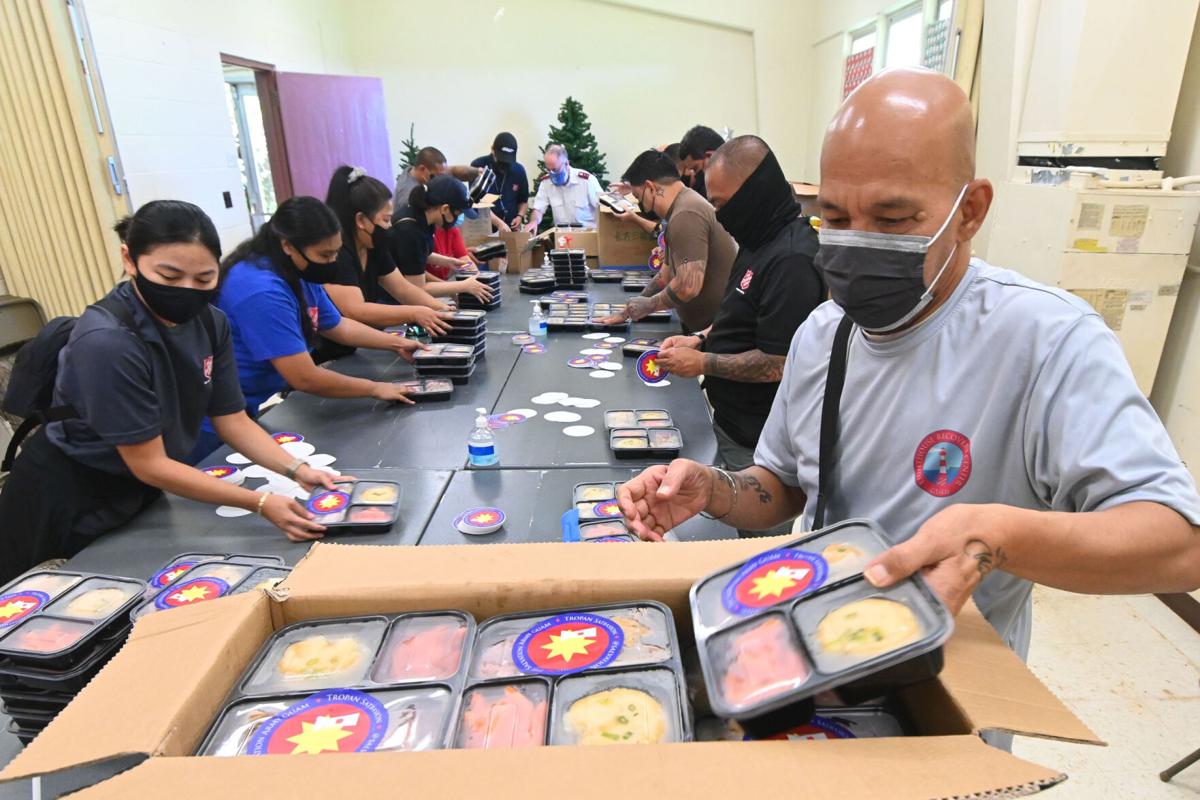 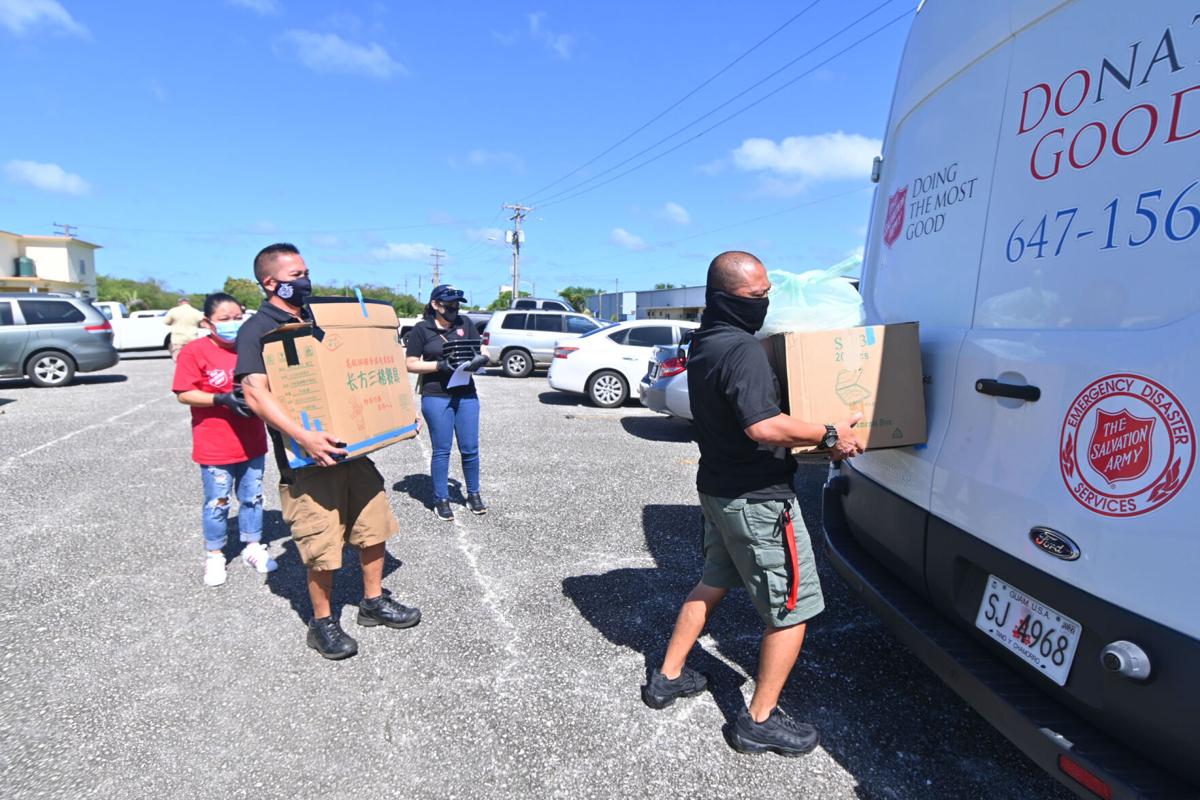 DISTRIBUTION: Salvation Army staff members load up Thanksgiving meals that will be distributed to homeless people around the island Thursday at the Salvation Army Headquarters in Tiyan. David Castro/The Guam Daily Post 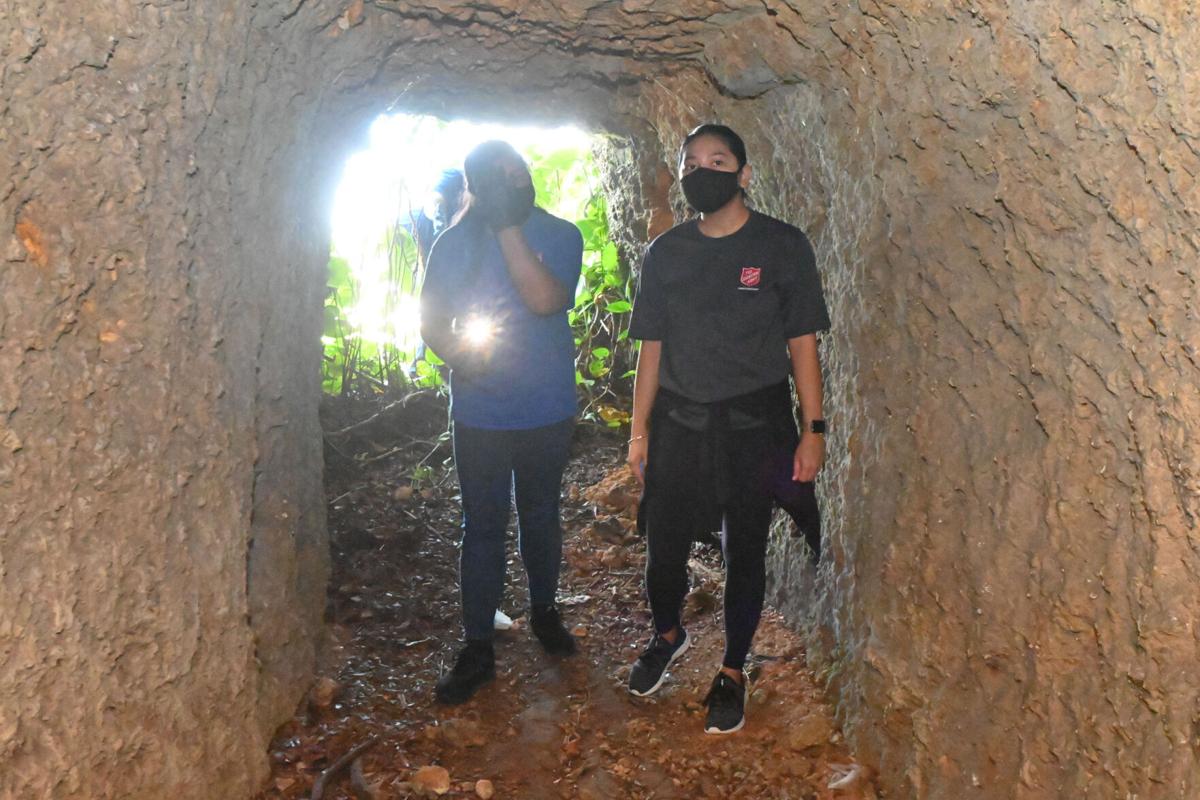 GETTING READY: Salvation Army staff unload Thanksgiving meals that will be distributed to homeless people around the island Thursday at the Salvation Army Headquarters in Tiyan. David Castro/The Guam Daily Post

DISTRIBUTION: Salvation Army staff members load up Thanksgiving meals that will be distributed to homeless people around the island Thursday at the Salvation Army Headquarters in Tiyan. David Castro/The Guam Daily Post

While not as large an event as in prior years, the Thanksgiving spirit was still in full swing at the Salvation Army Guam Corps as its staff and volunteers handed out "balutan" or boxed meals to the island's homeless population in place of the usual Thanksgiving feast.

The distribution began in the morning, with 100 turkey dinners delivered to families, according to Guam Salvation Army Capt. Kari Rudd. A few teams then went out to various villages in hopes of delivering 150 more meals.

However, Rudd said, the organization received a last-minute sum of donations Wednesday night. While the corps could not use it for the meal distribution Thursday, it is planning to convert it into more dinners over the holidays, Rudd said.

"It's different because we can't do it at Chamorro Village. Whereas, we didn't necessarily have a budget before because everybody would bring (food), we've been at a point where we've had to purchase it," she added. "So, unfortunately, we didn't have very many funds this year. Next year, hopefully we will, especially with the opening of our brand new thrift store, we'll have more revenues so that we can help more people."

Guam Salvation Army business coordinator Juan Trinidad and his team were among those who distributed the meals late Thursday morning and into the afternoon. Trinidad's team focused on the Hagåtña area, handing meals to people resting in the shade of the pavilions at Paseo de Susana park as well as other places where people are known to congregate in the island's capital.

"Around this time there's feeding for the shelters, but we're still seeing families out here separating from the bigger groups. We were hoping that maybe some of the shelters that have opened up due to COVID would be bring them in. But it looks like some of the homeless are still choosing to be separated from the community, still staying out where they usually sleep," Trinidad said, at Paseo. "I'm glad that we did do this, that we came out and reached out to them. Even though we were hoping we won't see as much of them out on Thanksgiving. I'm glad that we tried."

While Trinidad's group did encounter several people at Paseo, there were fewer meals handed out at the Plaza de España area. The team happened upon evidence of people using the pavilions at the Plaza and even the old cave system near the Judiciary of Guam, but few people were around to hand meals to. Trinidad said people are known to sleep in front of the Dulce Nombre de Maria Cathedral-Basilica in Hagåtña, but they tend to disperse early in the morning.

Another team appeared to fair better with their distribution efforts.

"They hit in the first stop about 16 (people)," Trinidad said cheerfully after taking a call from a group routing the Tamuning and Tumon area who had nearly finished handing out meals.

Trinidad's team would later encounter more people to hand meals to, who were resting in a parking garage, walking the street or taking refuge in the shade of a building near Marine Corps Drive. They would then move on to other areas in Hagåtña.

Any remaining meals would be provided to Guma San Jose, if there was enough, or to the Lighthouse Recovery Center, according to Trinidad.

An elderly man, who said he was known as William or John, was among the first people to receive a meal from Trinidad's team at Paseo. The man, 75, said he had been homeless for three years and has been keeping himself busy by traveling on his bicycle. He said he chose to become homeless as his "retirement."