Tax payments totaling nearly $30 million in April present an opportunity to implement the local pandemic stimulus program outlined in the RISE Act, according to Sen. James Moylan. The senator stated in a letter to the governor that he recently learned of the transaction, which was neither anticipated nor projected by the government. 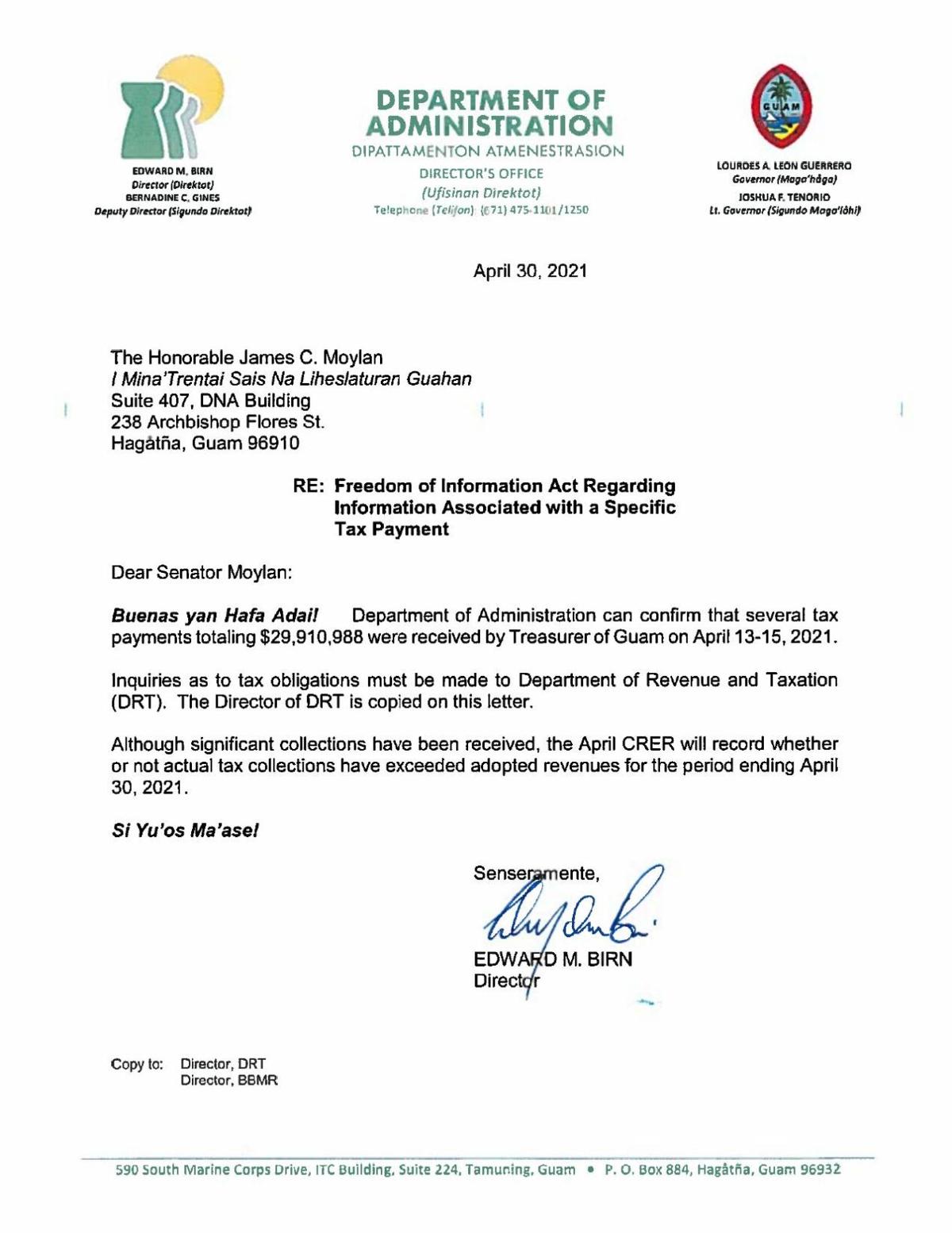 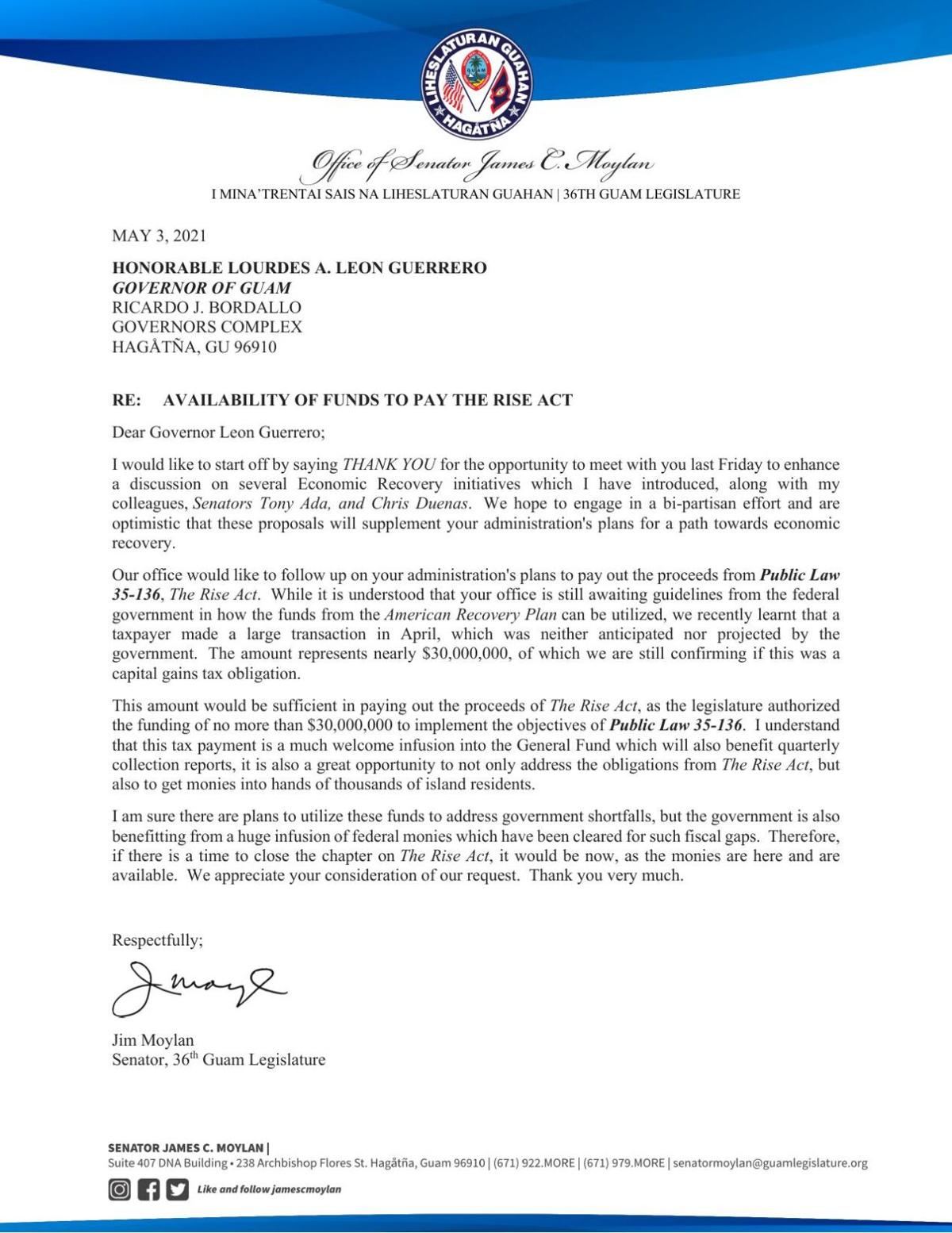 Moylan said he is still confirming whether the payments, which he attributed to one taxpayer, were a result of capital gains tax. Profits stemming from selling real estate, stocks, bonds, gold or other investments could trigger a capital gains tax, among other reasons.

Moylan said the amount would be sufficient to provide financial aid to Guam residents via the RISE Act. Guam lawmakers authorized no more than $30 million in payouts under the law, he added.

A disclosure request to the Department of Administration confirmed that several payments totaling about $29.9 million were received by the Treasurer of Guam between April 13 and April 15.

"I understand that this tax payment is a much welcome infusion into the General Fund which will also benefit quarterly collection reports, it is also a great opportunity to not only address the obligations from the RISE Act, but also to get monies into hands of thousands of island residents," Moylan wrote to the governor.

The Recovery Income Support and Empowerment or RISE Act, was passed by the 35th Guam Legislature and allowed to lapse into law by the governor. The law promises a one-time payment of up to $800 for eligible individuals and up to $1,600 for joint filers.

Gov. Lou Leon Guerrero, in allowing the legislation to lapse into law, stated that she believed it should be implemented if possible.

The governor can transfer up to $30 million for the local program but the law prioritizes federal funding over local funds, if federal moneys are available, and only requires payment if there is available federal coronavirus relief funding, or any other applicable federal funding.

GovGuam is anticipating more than $600 million from the federal government through the American Rescue Plan. But guidance on its use is pending and the money hasn't been received.

Moylan acknowledges that GovGuam is still waiting on federal guidance but argues that the April tax payments would be better spent on the RISE Act in light of anticipated federal funding that could fill in fiscal gaps in the local government.

"I am sure there are plans to utilize these funds to address government shortfalls, but the government is also benefitting from a huge infusion of federal monies which have been cleared for such fiscal gaps," Moylan wrote to Leon Guerrero. "Therefore, if there is a time to close the chapter on The Rise Act, it would be now, as the monies are here and are available. We appreciate your consideration of our request."