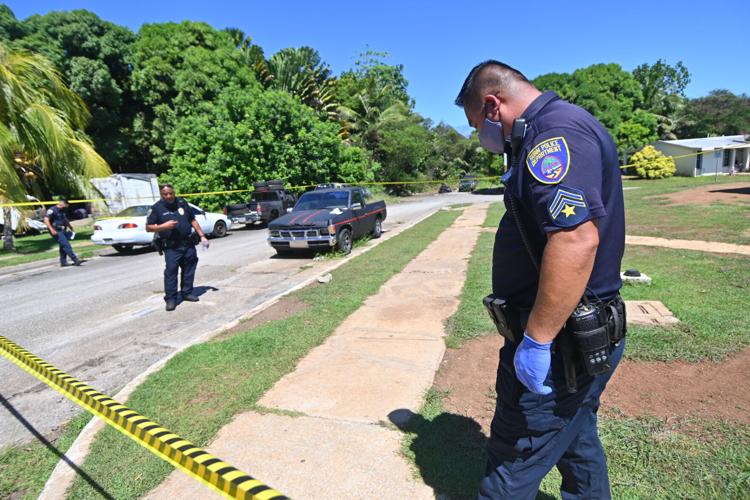 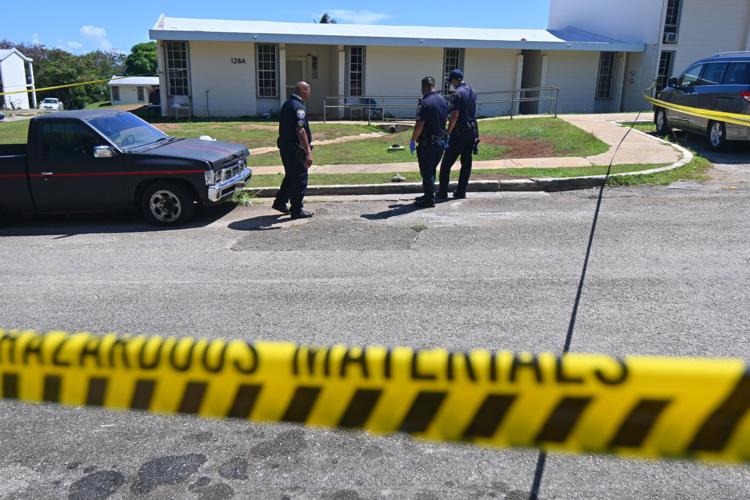 INVESTIGATION: Police officers investigate at the scene of a shooting in Merizo on Wednesday. David Castro/The Guam Daily Post 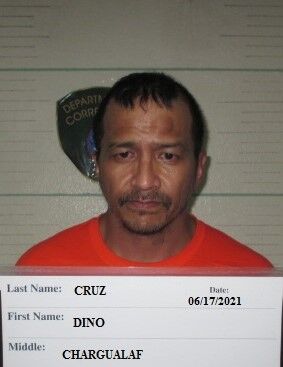 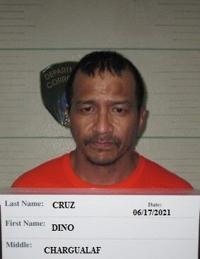 INVESTIGATION: Police officers investigate at the scene of a shooting in Merizo on Wednesday. David Castro/The Guam Daily Post

Dino Chargualaf Cruz has been released on a $100,000 personal recognizance bond and was placed under house arrest after being charged with attempted murder in connection with a shooting in Merizo on Wednesday.

It was disclosed in court that Cruz may not qualify for a court-appointed attorney as he earns too much and has substantial assets, which include a $1 million home in Merizo.

It was initially ordered that Cruz be placed on curfew from 6 p.m. to 6 a.m.

"Your honor, he intentionally shot a person. We need to have stronger terms," the prosecutor said. "He ... got a gun on purpose to confront the victim. We are afraid for the safety of the victim and the community."

Cruz allegedly told authorities that he stole a gun and shot a relative over a stolen vehicle.

A magistrate complaint against the 46-year-old Cruz detailed some of the events that transpired before the shooting.

According to police, Cruz said he didn't want to kill the victim, an adult man who is related to the suspect.

Cruz told police that he opened his home to the man, hoping he would be a positive influence, but after the two began living with each other, things went south.

The man was shot with a Glock-22 .40-caliber firearm, which Cruz allegedly admitted he stole a few weeks prior to the incident, according to court documents.

The victim was treated at Guam Memorial Hospital for a gunshot wound. The bullet went through his leg and ended up lodged in his foot, the prosecution stated in the complaint against Cruz.

On Wednesday, police arrived at the public housing area of South Doyle Street in Merizo. The victim was lying on the ground, bleeding and fading in and out of consciousness.

Police said the victim had identified his distant relative, Cruz, as the shooter.

A relative of the victim told The Guam Daily Post that the two men lived together in Merizo until a week ago.

Cruz accused the victim of making his life miserable and allegedly stealing a friend's vehicle.

The argument allegedly led Cruz to retrieve the stolen gun and threaten the victim.

"Defendant got a firearm, a Glock-22 .40-caliber, because (the victim) was bigger than him," the magistrate complaint states. "Defendant admitted to police that once armed with the firearm he 'walked back toward (the victim) and told him to get inside the house.'"

When the man didn't comply, Cruz said he punched him, making the man fall to the ground where he continued to hit him.

Court documents state the man was able to get up and proceeded to Cruz's vehicle, ignoring Cruz's threats to shoot him if he didn't listen.

"Defendant told police that he aimed at (the victim's) feet and fired one shot," the complaint states.

At the crime scene, police were seen dusting a white Nissan Sentra and officers collected a single spent bullet casing from the ground.

The first two charges carry the special allegation of use of a deadly weapon in the commission of a crime.

Cruz, who has four dependents, told the court he was in the process of retiring from an unspecified $35-an-hour job. He said he couldn't afford an attorney.

A public defender will review Cruz's financial declaration, indicating that he may still qualify for a court-appointed attorney.

While on house arrest, Cruz will be allowed to leave for work purposes. He was ordered to stay away and have no contact with the victim.