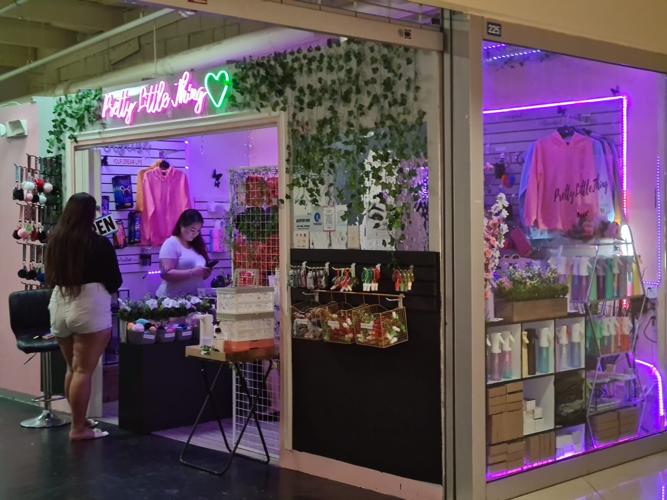 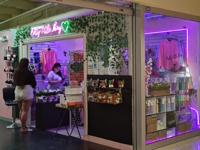 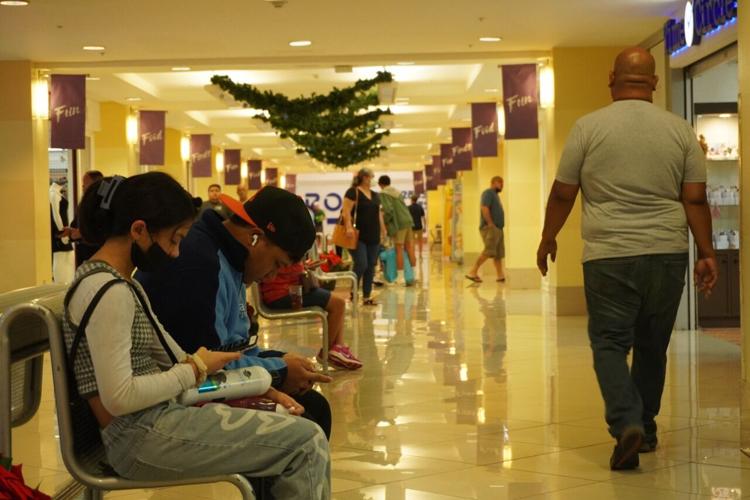 SHOPPING: Black Friday shoppers are seen crowding the hallway of Agana Shopping Center as they go to find some sweet deals in the stores Friday, Nov. 25, 2022, in Hagåtña. Jonah Benavente/The Guam Daily Post 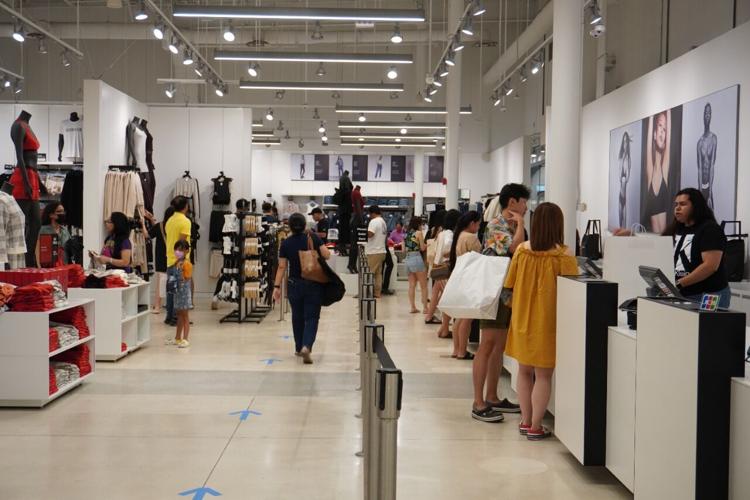 SHOPPING: Black Friday shoppers are seen crowding the hallway of Agana Shopping Center as they go to find some sweet deals in the stores Friday, Nov. 25, 2022, in Hagåtña. Jonah Benavente/The Guam Daily Post

Shoppers appeared a little more cautious with how they spent their dollars on Black Friday, and so were business owners who tried to attract customers with savings.

Residents who spoke with The Guam Daily Post said they kept in mind the higher cost of living and the decrease in the value of the dollar.

Before the consumer holiday arrived, Mangilao resident Amber Henricksen said she did her research in hope of finding the best places to shop.

“We had a long Thanksgiving, so we started at 10 a.m.,” said Henricksen, whose first stop of the day was the Agana Shopping Center. “We saw online that they were having a lot of sales, so we are here looking for all of our Christmas gifts already.”

Henricksen said she was on the hunt for the best deals this year and hoped for the biggest bang for her buck, while crossing off the items on her Christmas wish list.

“We are on a budget this year. We were looking at other places, but they are closed right now. Maybe they had a sale earlier this morning and we missed it,” said Henricksen.

This year, like many Black Friday shoppers, Henricksen said her budget was tight as a result of the higher cost of living on Guam. According to the Guam Chamber of Commerce outgoing chair, Edward Untalan, the inflation rate for Guam is currently 7.7%.

Based on the Guam Consumer Price Index second quarter 2022 report from the Bureau of Statistics and Plans, the cost of living showed an increase of 3.2% over the first quarter of 2022.

This means, in today’s economy, the value of the dollar just isn’t as strong as it used to be. If a dollar had the same power it did in ‘96, then today’s dollar value would equate to about $1.81, according to Post files.

Local small business owners also had high expectations for the biggest sale event of the year.

“It’s craziness,” said Candy Ecijan, owner of Pretty Little Thing, located at Agana Shopping Center. “I was hoping for 50% more people to come in than on a regular business day. Right now it is kind of slow, so they are probably hitting up the bigger shops first and then they will start hitting the mall.”

In preparation for the big event, Ecijan had mixed emotions for what the day could bring for her bottom line, as this is her brick-and-mortar shop’s first year in operation at the shopping center.

“It’s all pretty exciting and stressful at the same time. I had to make sure that the inventory is on point, and check that everything can accommodate the customers,” said Ecijan.

With higher cost of living and the decrease of the value of the dollar, she had to make sure that her deals enticed Black Friday shoppers and still allowed for profit.

“I try to get it as low as possible for the customers, while still making a profit. Making that boundary, to have a win-win situation. I think I did pretty good in making sure everything was ready ahead of time, like a week or two weeks. It was kind of stressful,” said Ecijan. “This is our first year here at Agana Shopping Center for Black Friday. I wasn’t sure what to expect, but we will see later on as the day progresses.”

“I was hoping for 50% more people to come in than on a regular business day. Right now it is kind of slow, so they are probably hitting up the bigger shops first and then they will start hitting the mall.”