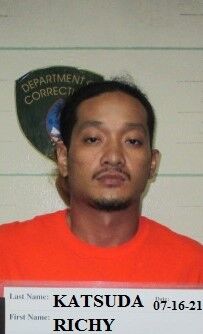 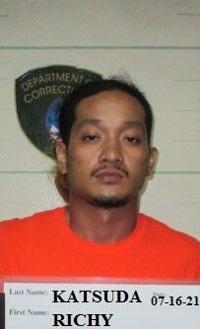 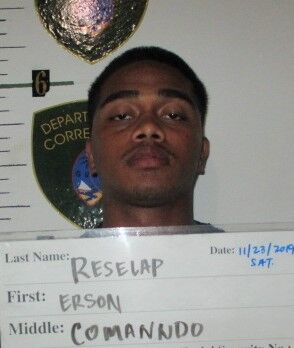 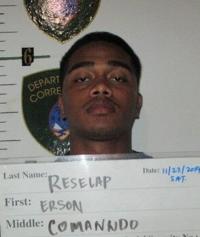 Two men were arrested after disturbance in the Mongmong-Toto-Maite area on Friday led to the suspects allegedly using a slingshot and a car to attack a man known to them.

Richy Katsuda, 27, was charged with aggravated assault as a second-degree felony along with a special allegation of possession or use of a deadly weapon in the commission of a felony.

According to court documents, a witness who was with Katsuda told officers that she went to visit her grandchildren on Balaku Street when she got into an argument with the victim

The witness left with Katsuda in her vehicle when she noticed the victim following.

That’s when she pulled over and Katsuda started to use a slingshot to shoot pieces of rebar at the victim’s car and at the victim, documents state.

Reselap, who was also in the car with Katsuda, then moved into the driver seat and drove towards the victim, allegedly hitting him from behind and causing him to fall to the ground.

The victim immediately got up and ran back to his car, and fled from the scene.

Surveillance video at a nearby residence captured the alleged incident.

Katsuda allegedly admitted to police that he always carries a slingshot, saying he only intended to hurt the victim, not kill him.

Authorities also noted that Reselap was on pretrial release for two separate terrorizing cases in 2019.