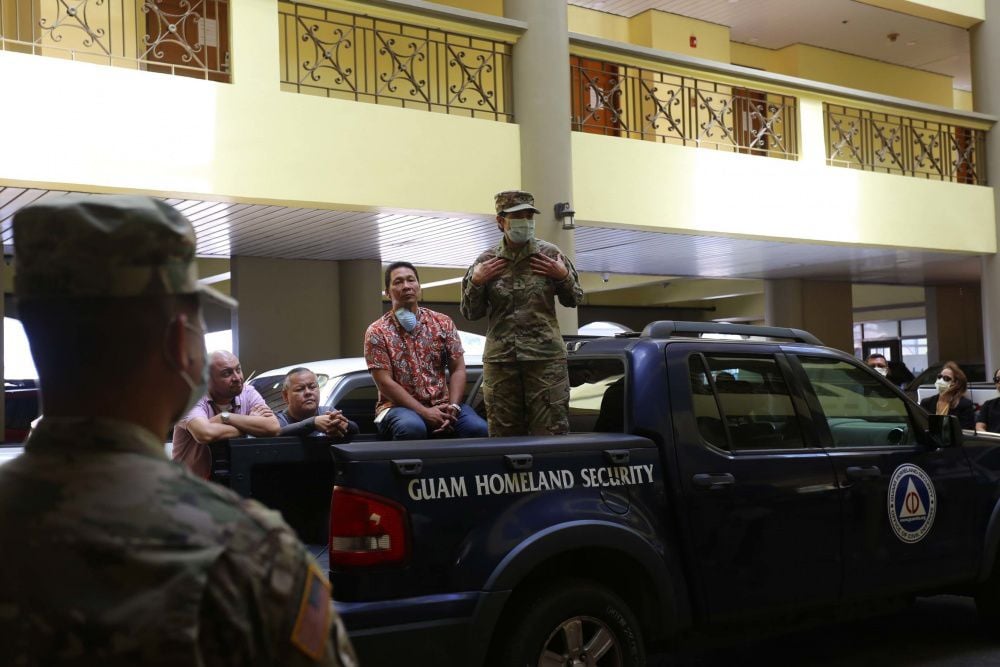 ISOLATION SITE: Governor's then-chief of staff Tony Babauta is seated on the back of a Guam Homeland Security pickup next to Guam Maj. Gen. Esther Aguigui, Guam National Guard adjutant general, at a COVID-19 isolation site on April 5. Babauta would later resign after his controversial stay in a quarantine hotel. Photo courtesy of Guam Army National Guard 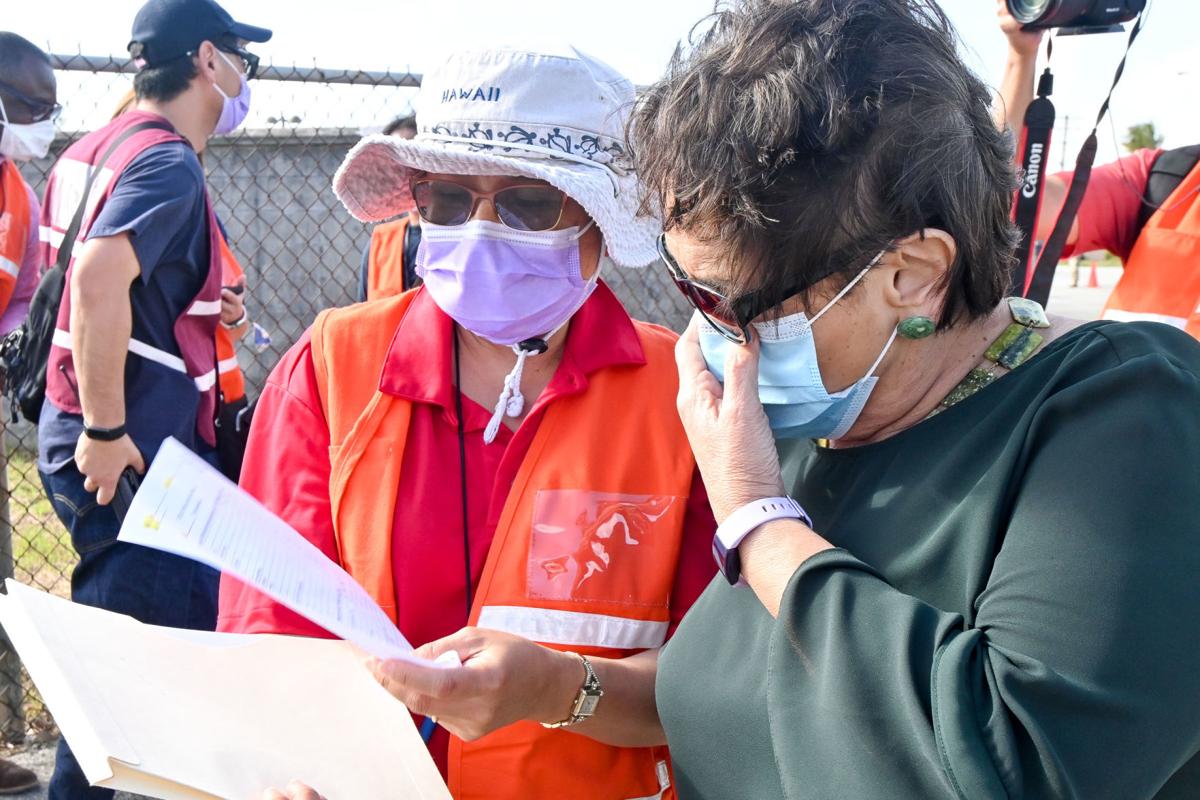 ISOLATION SITE: Governor's then-chief of staff Tony Babauta is seated on the back of a Guam Homeland Security pickup next to Guam Maj. Gen. Esther Aguigui, Guam National Guard adjutant general, at a COVID-19 isolation site on April 5. Babauta would later resign after his controversial stay in a quarantine hotel. Photo courtesy of Guam Army National Guard

Gov. Lou Leon Guerrero's administration went through significant changes in 2020, including the resignation of her chief of staff and the retirement of the head of the Department of Public Health and Social Services during the pandemic.

Tony Babauta, the governor's former chief of staff, resigned in May shortly after it was learned that he stayed at the Pacific Star Resort and Spa, one of the first hotels designated as a government of Guam quarantine facility.

According to the governor's office, Babauta felt ill, spent one night at the hotel and was cleared by Public Health officials the next morning. But the event drew controversy as media sought answers regarding the hotel stay. Babauta never commented on the matter to the Post. The governor's office stated Babauta resigned for personal reasons.

These hotels would continue as backdrops for issues involving some members of the governor's Cabinet.

However, DeNorcey ultimately found herself drawn into controversy after telling media that she didn't recall authorizing the use of her electronic signature for letters to hotels hired as GovGuam quarantine sites, including the Pacific Star, early on in the pandemic.

Pacific Star, Days Inn Guam and Wyndham Garden Guam were the first to serve as quarantine facilities and were procured relatively quickly in anticipation of incoming travelers.

The governor would state in June that the responsibility for procuring these quarantine hotels initially rested with Guam Homeland Security but she instructed her legal counsel to take charge because she "felt It wasn’t going as fast as it should be."

Prior to these statements, lawmakers held an oversight hearing on the procurement in late May, where the governor's then-legal counsels, Huynh and Sophia Diaz, stated that the letters with Unpingco-DeNorcey's signature were drafts mistakenly disclosed as responses to Freedom of Information Act requests. These letters to hoteliers were prepared but never delivered, they stated.

Unpingco-DeNorcey retired in early July, leaving the agency she had served for 30 years temporarily without a director during the pandemic. Art San Agustin took up the mantle shortly after Unpingco-DeNorcey's departure.

Huynh had already resigned in late June. The governor's policy director, Carlo Branch, said it was his understanding that Huynh wanted to work in the private sector.

By late July, the governor had seen several of her administration's top officials retire or resign. Pilar Laguana retired from her post as the Guam Visitors Bureau president on May 30, while A.B. Won Pat International Airport Authority Executive Manager Tom Ada resigned on June 22.

Aguon had been detailed to the Guam Veterans Affairs Office, filling the spot vacated by former police Chief Fred Bordallo, who ran for senator as a Democrat.

Maj. Gen. Esther Aguigui was named Homeland Security advisor in addition to acting as the adjutant general of the Guam National Guard. Department of Parks and Recreation acting Director John Burch was transferred to the Guam Ancestral Lands Commission on June 22.

Burch had been appointed to DPR after the resignation of Richard Ybanez in February. The governor's former communications director, Janela Carrera, left her position at Adelup in August to serve as special projects coordinator at Public Health.