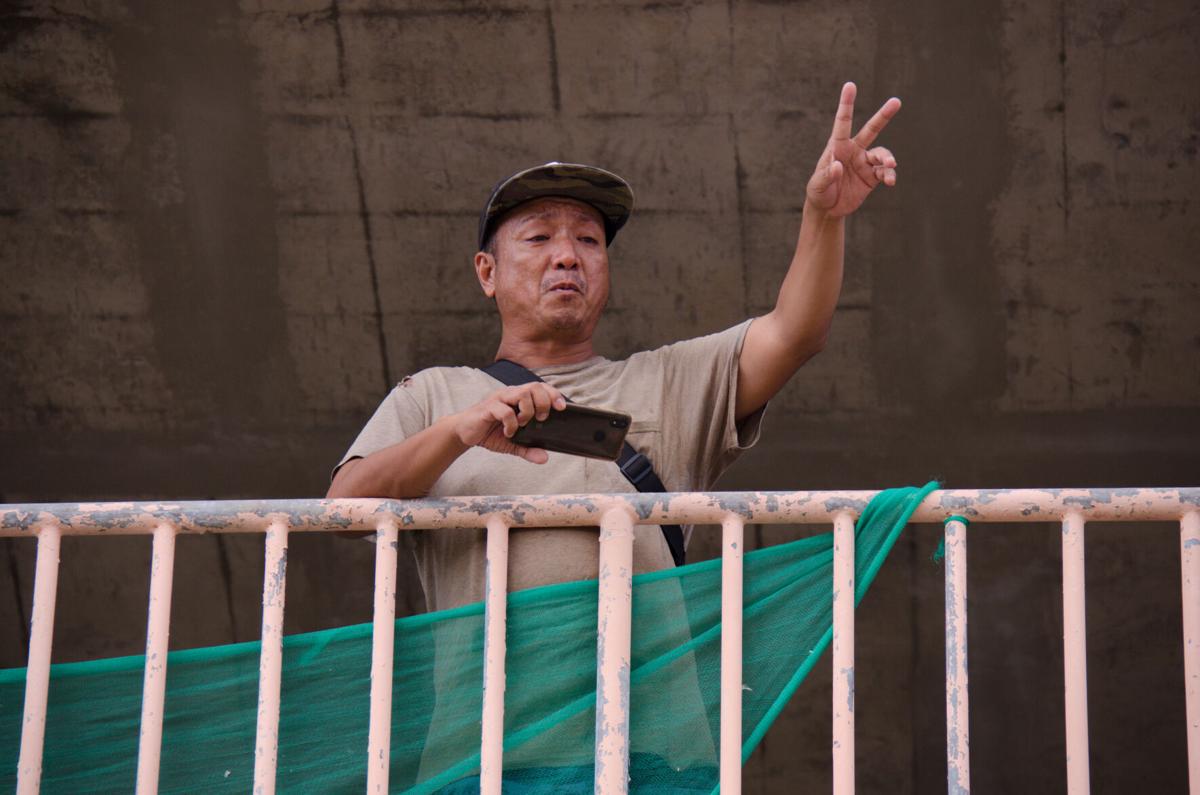 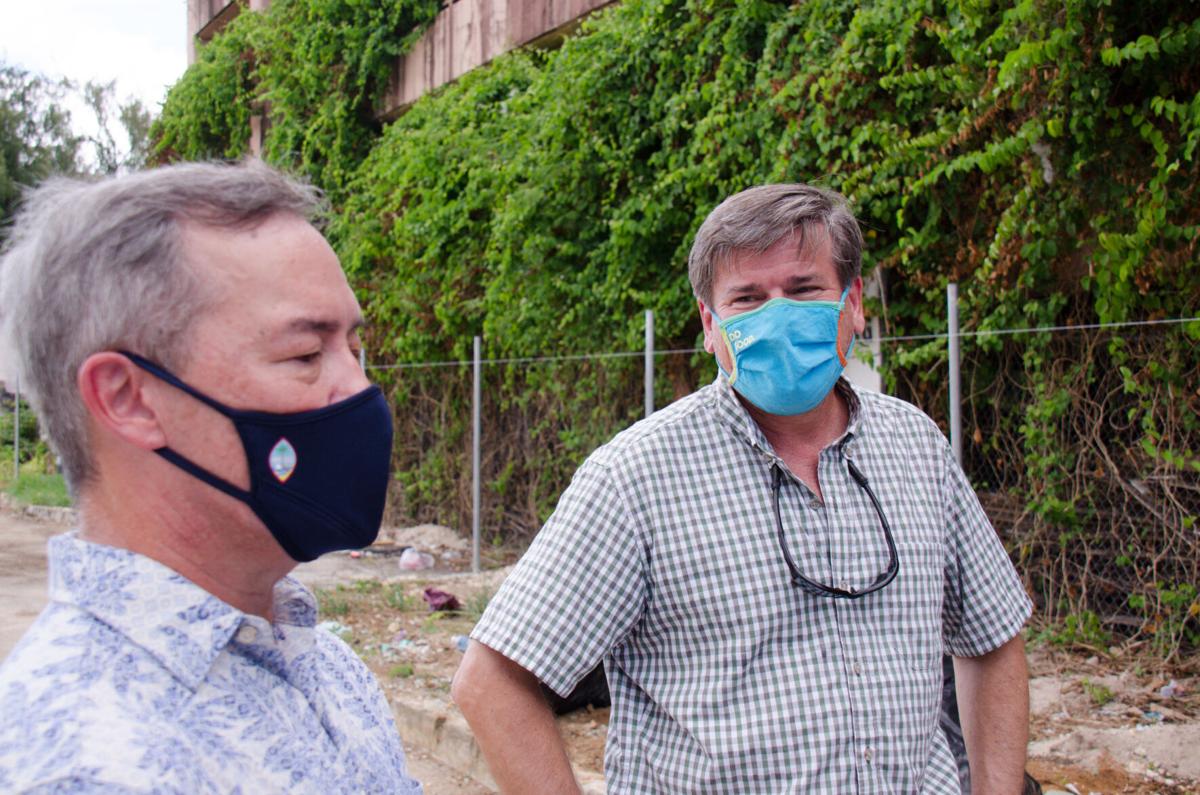 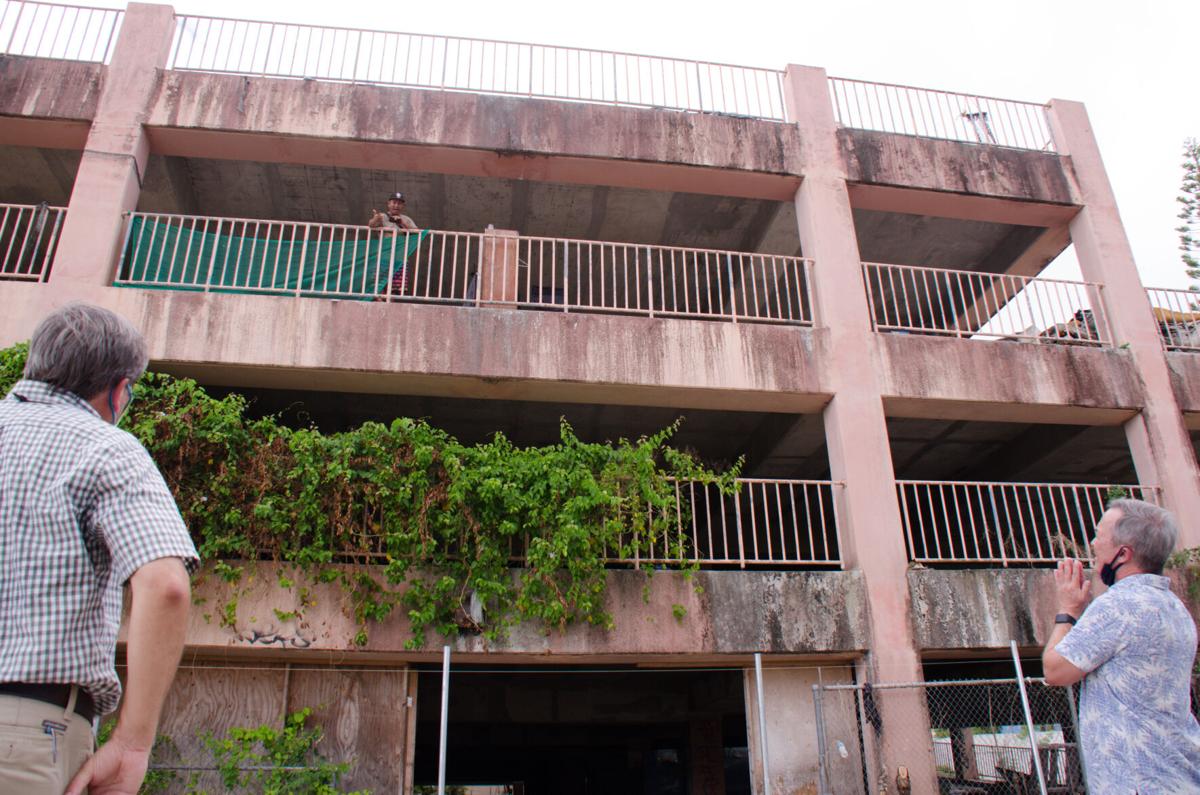 SEEKING SHELTER: As he is being asked to leave the premises, Rommel Crowe, top, asks Sen. James Moylan, right, where he might get housing assistance during a visit by Moylan and architect Brent Weise to the Royal Palm Resort property in Tumon on Thursday. John O'Connor/The Guam Daily Post 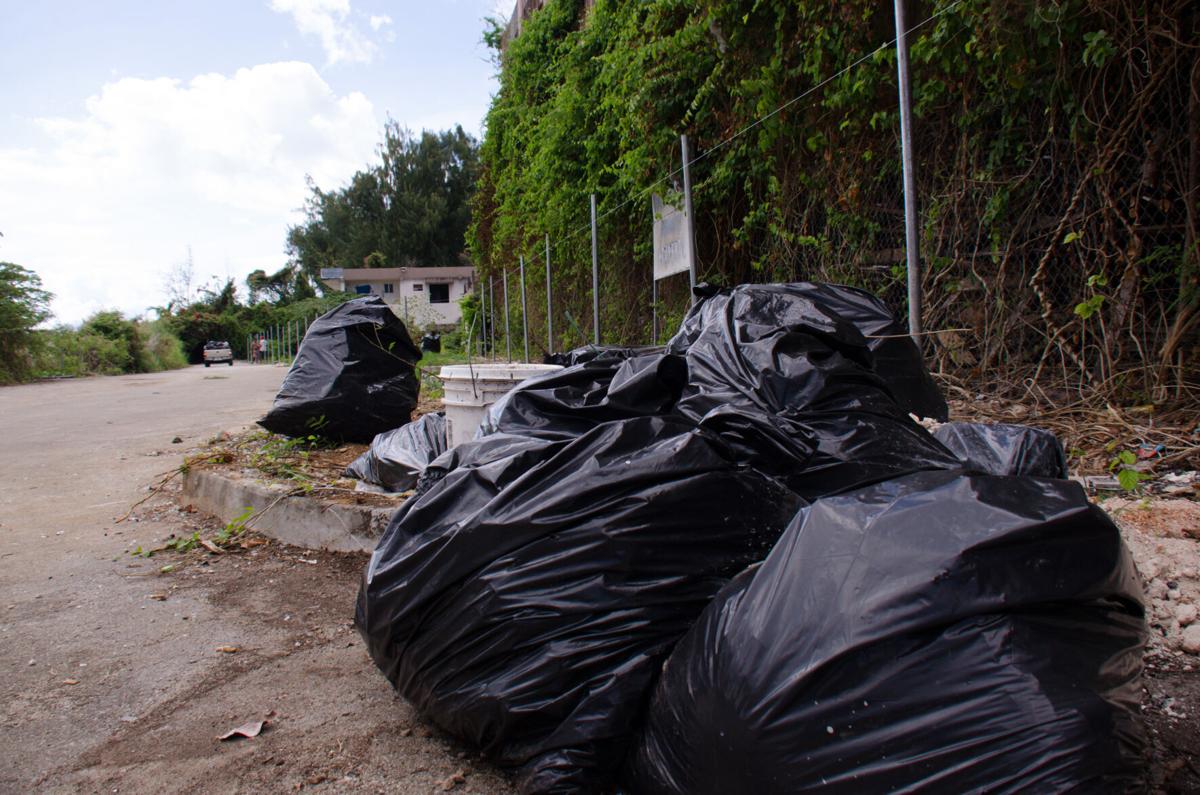 SEEKING SHELTER: As he is being asked to leave the premises, Rommel Crowe, top, asks Sen. James Moylan, right, where he might get housing assistance during a visit by Moylan and architect Brent Weise to the Royal Palm Resort property in Tumon on Thursday. John O'Connor/The Guam Daily Post

Rommel Crowe peered out of the third floor of the abandoned parking garage in Tumon just as officials on the road below were making their way out of the area.

He was seeking some guidance as to whom he could speak to for housing assistance, noting that security personnel were insisting that he and others leave the premises.

The multistory parking garage, as well as a few of the adjacent structures in the area, are part of the former Royal Palm Resort property in the heart of the tourist district. The hotel was demolished after it was damaged during the Aug. 8, 1993 magnitude 7.8 earthquake, leaving behind the garage and other structures.

The years have seen the property fall into disrepair and the garage now houses an incredible amount of trash.

It has also serves as shelter for homeless individuals, such as Crowe.

The property's new owner, Honhui Guam LLC, is working to secure the facility.

Where there was once just the derelict remains of a former hotel, pipes have been erected as the beginning of a future fence line. A few full trash bags sat outside the garage - an attempt to make a dent in the sea of debris within.

Sen. James Moylan told Crowe that he could contact the Tamuning Mayor's Office for more information and assistance. Moylan was making a followup visit to the site with Brent Wiese, the managing principal of Rim Architects, which is performing architectural work for the new property owners.

Moylan informed Crowe that officials have come out to provide information about assistance. Crowe said he may have missed them.

In a press release discussing their new ownership of the property, Honhui stated that it was working with the Tamuning mayor, Moylan, the Guam Police Department, the Department of Public Works and the Guam Homeless Coalition to assist and relocate the individuals who have taken residence on the property.

Wiese said that from what he knows, Catholic Social Service has been out to the property and government officials have been trying to find places for the homeless. Moylan said his office has spoken with Tamuning Mayor Louise Rivera and Lt. Gov. Joshua Tenorio, who chairs the Interagency Council for Coordinating Homeless Programs and the Office of Homeless Assistance and Poverty Prevention.

The garage and surrounding facilities will ultimately be demolished, but that is still several months away. A new hotel is to be built on the site.

Moylan said the property has long been a concern prior to the new owners coming in and cleaning up the area.

"What about these other properties that are in the same situation?" Moylan said.

He is planning to introduce legislation today to strengthen DPW's enforcement powers to address derelict properties.