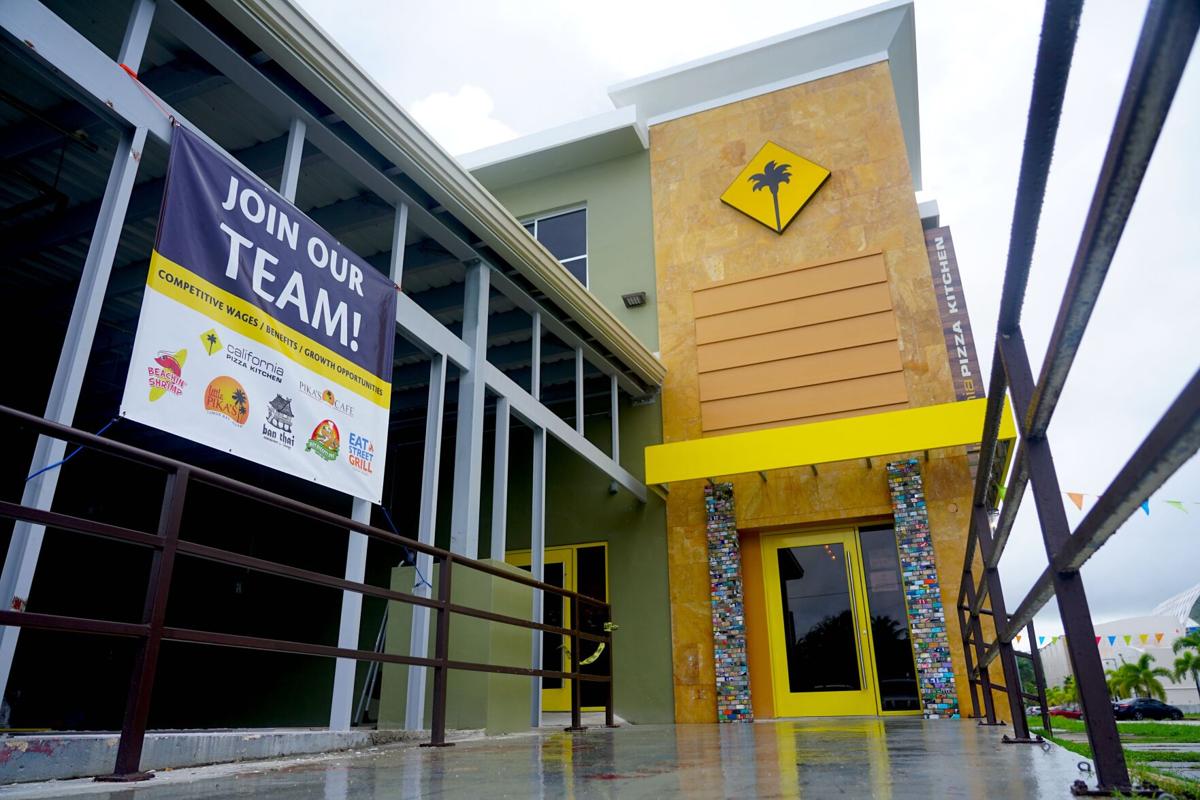 JOIN OUR TEAM: A banner is displayed outside California Pizza Kitchen in Hagåtña on Wednesday as the restaurant held a job fair. Haruo Simion/The Guam Daily Post 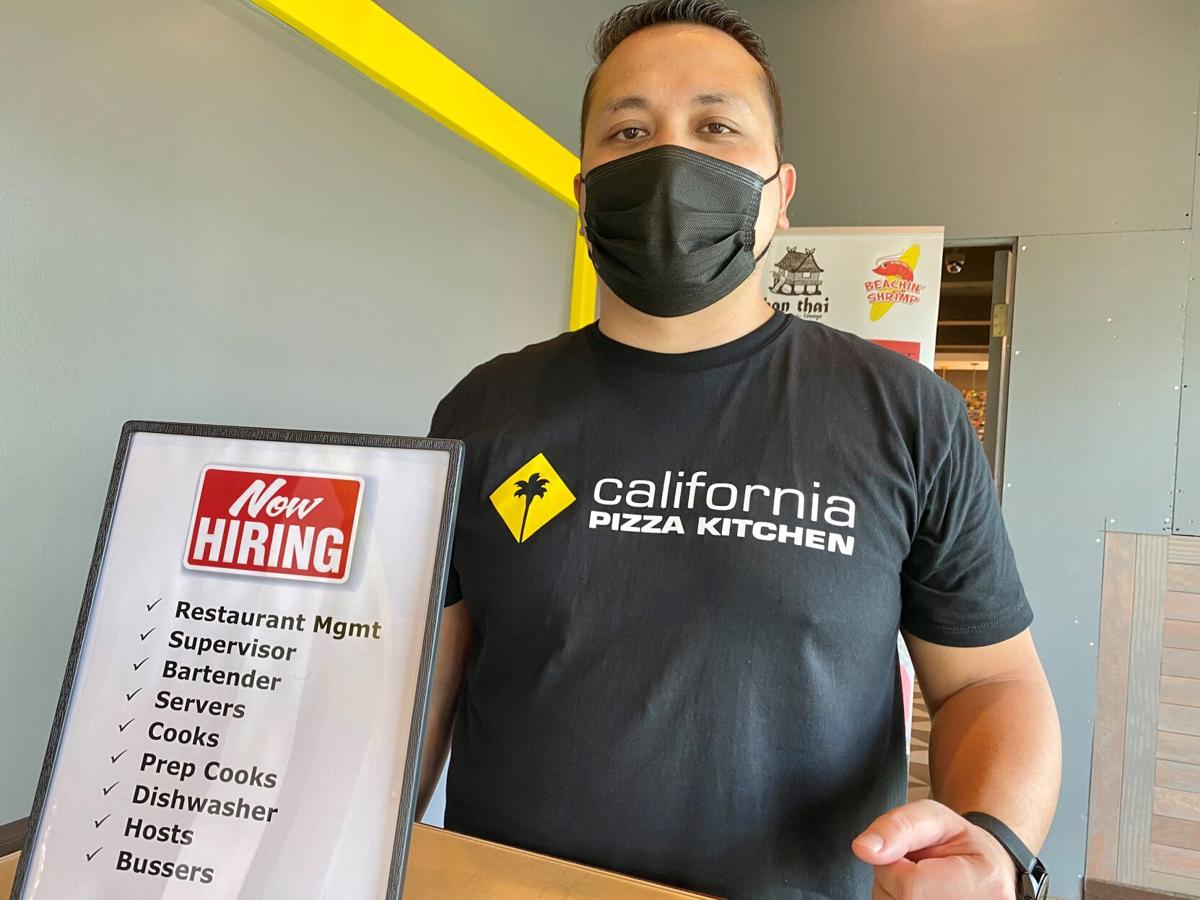 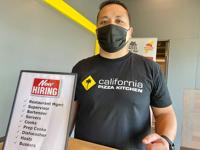 Jordan Flores, a 16-year-old George Washington High School student, was among about 80 people applying for one of the 20 openings at a job fair on Wednesday.

The 16-year-old George Washington High School student said he's hoping to get a part-time job as a dishwasher at either California Pizza Kitchen in Hagåtña or Ban Thai Restaurant & Lounge in Tumon, so he can help his grandmother with her bills.

The youngest of three brothers, Flores said he didn't have experience working as a dishwasher, "except at home.” He said he's ready to take on the job if offered to him.

Flores said his JROTC training gives him confidence and he would like to be given the chance to work at a restaurant.

The Hagåtña job fair was meant to recruit additional employees for the new California Pizza Kitchen across Skinner's Plaza, as well as for its sister company Ban Thai.

The crowd of people was a stark contrast to a similar event just a few months ago where there were more available jobs than takers.

"We really had a good turnout. We’re really happy and excited about people wanting to come back to work," said Jude Diaz, human resource manager for International Dining Concepts, which owns and operates the restaurants.

Despite the thunderstorms, the job fair saw a consistent flow of applicants starting at 9 a.m.

Ernest Joe, 67, was among those who showed up, hoping to land a job as a kitchen helper - having worked for years as a cook at the Sheraton Laguna Guam Resort and King's Restaurant, he said.

"I am crossing my fingers that I get the job so I can pay my bills," Joe said, minutes after emerging from the job fair. "Any job in a restaurant would do."

Joe said he hopes to find himself again in a restaurant kitchen not only because he needs to pay his bills in the middle of a pandemic, but more importantly, because he loves to cook.

Both Flores and Joe said they're fully vaccinated, which is a requirement among restaurant employees or they could opt for weekly COVID-19 testing.

Diaz, the human resource manager, said the job fair drew people who have years of experience in restaurants as well as newcomers, and those who used to work for the tourism industry but not necessarily in the food and beverage industry.

Diaz said during a prior job fair that International Dining Concepts held a few months ago, only 16 showed up when they needed to fill about 20 positions.

This time around, there were more jobseekers than the jobs available, and many of the applicants have the experience and skills that the restaurants need, he said.

"Everybody has their story, and that's part of the interview process," Diaz said.

The Pandemic Unemployment Assistance coverage ended on Sept. 4, but thousands of pandemic-impacted workers are still looking for a job or still on reduced work hours.

Diaz said some applicants are totally unemployed right now, while some have an existing job but are looking for a second job. Others are just looking for a part-time job while they're still in school.

CPK to open for dine-in

CPK Hagåtña opened in May, but the service was limited only to takeout and delivery service because of the pandemic.

With diners coming back, CPK Hagåtña plans to open its dine-in service by middle of October, Diaz said.

In anticipation of the expanded service, the restaurant is hiring additional employees.

"We’re excited for everyone to come out and dine in. I'm sure a lot of Hagåtña businesses and people want us to open because they would want a different flavor in the Hagåtña business community," Diaz said.

If CPK Hagåtña were to run on 100% capacity, it could accommodate 80 to 90 people indoors and 30 to 35 in its outdoor dining area, Diaz said.

"It depends where Guam is going to be by October, and whatever that would be, we would comply with that," he said.