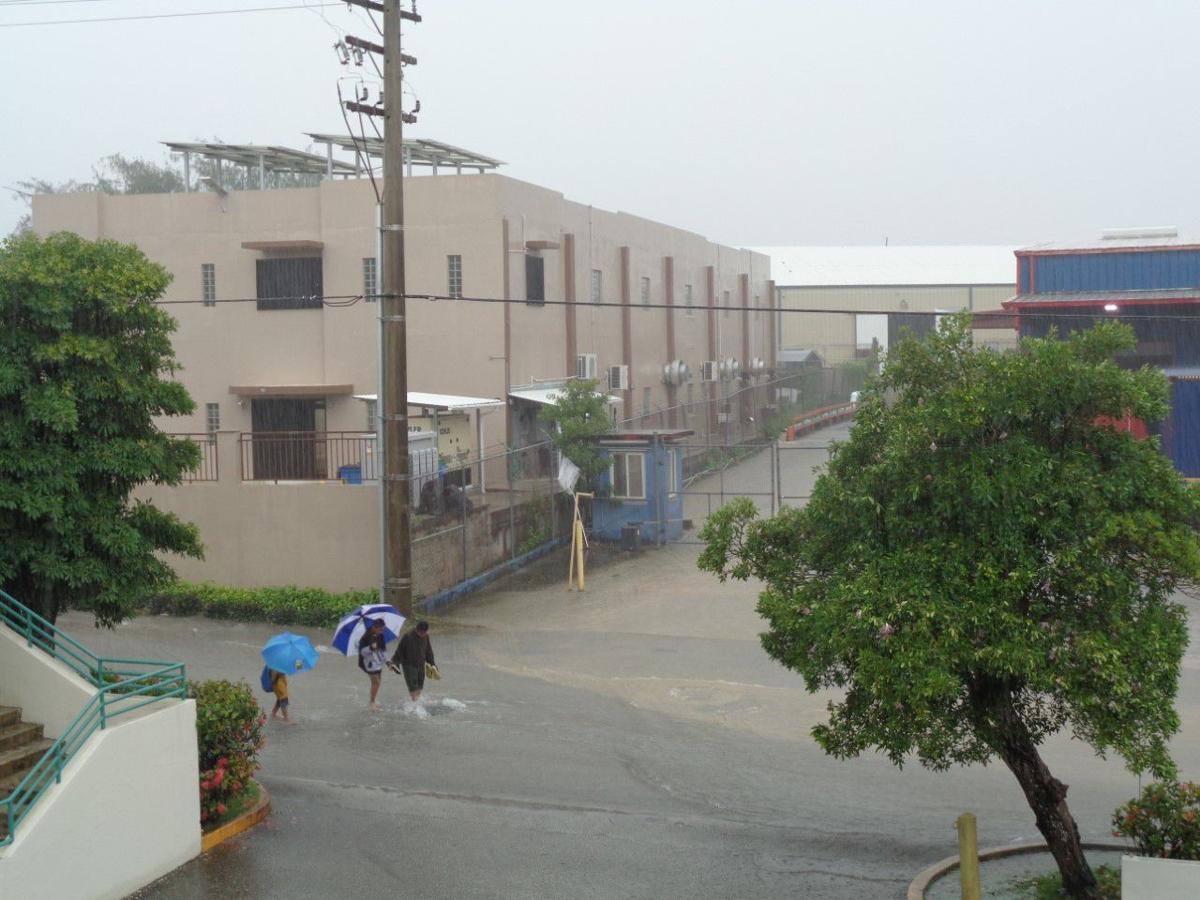 FLOOD: A Harmon resident shared this photo in which students navigate through a flooded road and an overflowing manhole Monday afternoon. Contributed photo 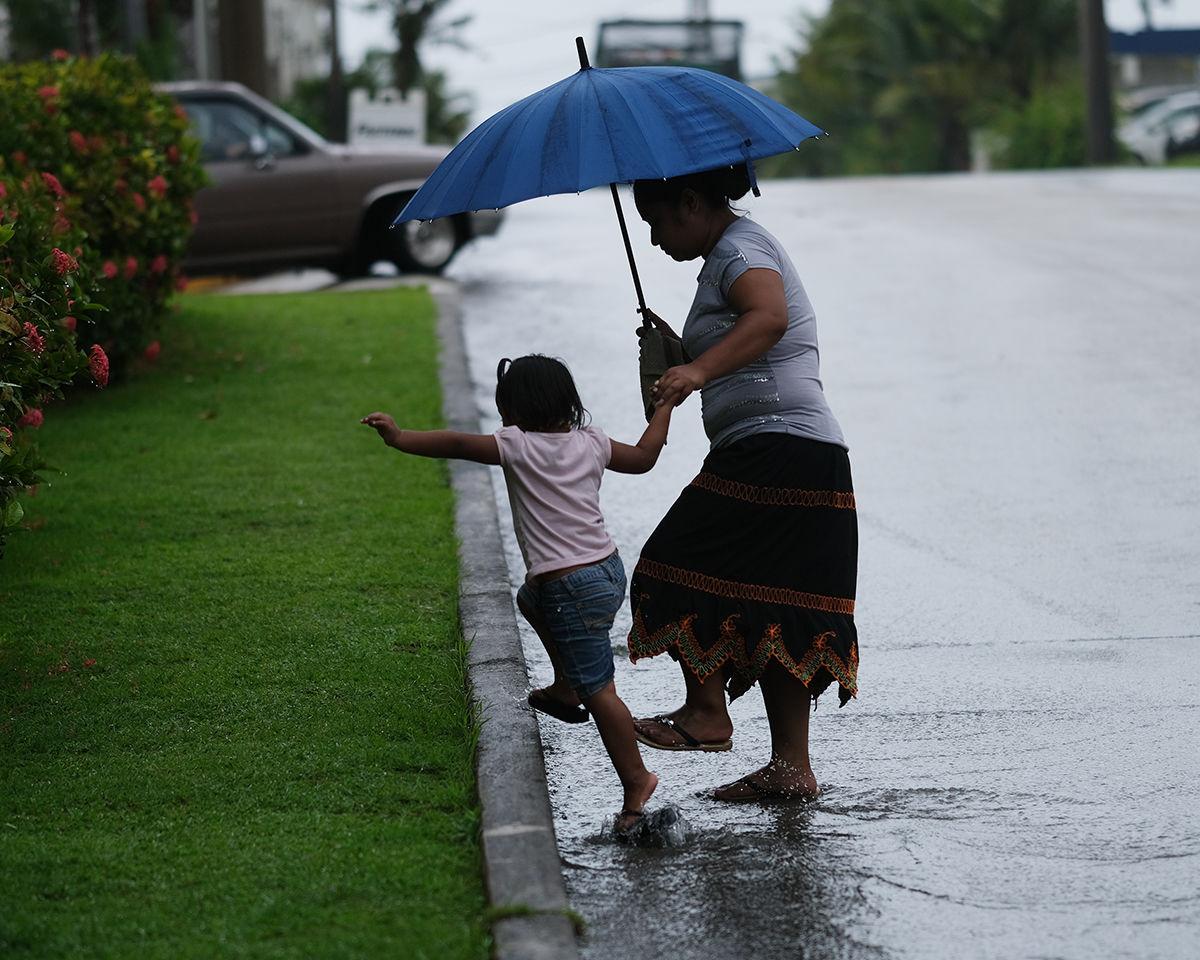 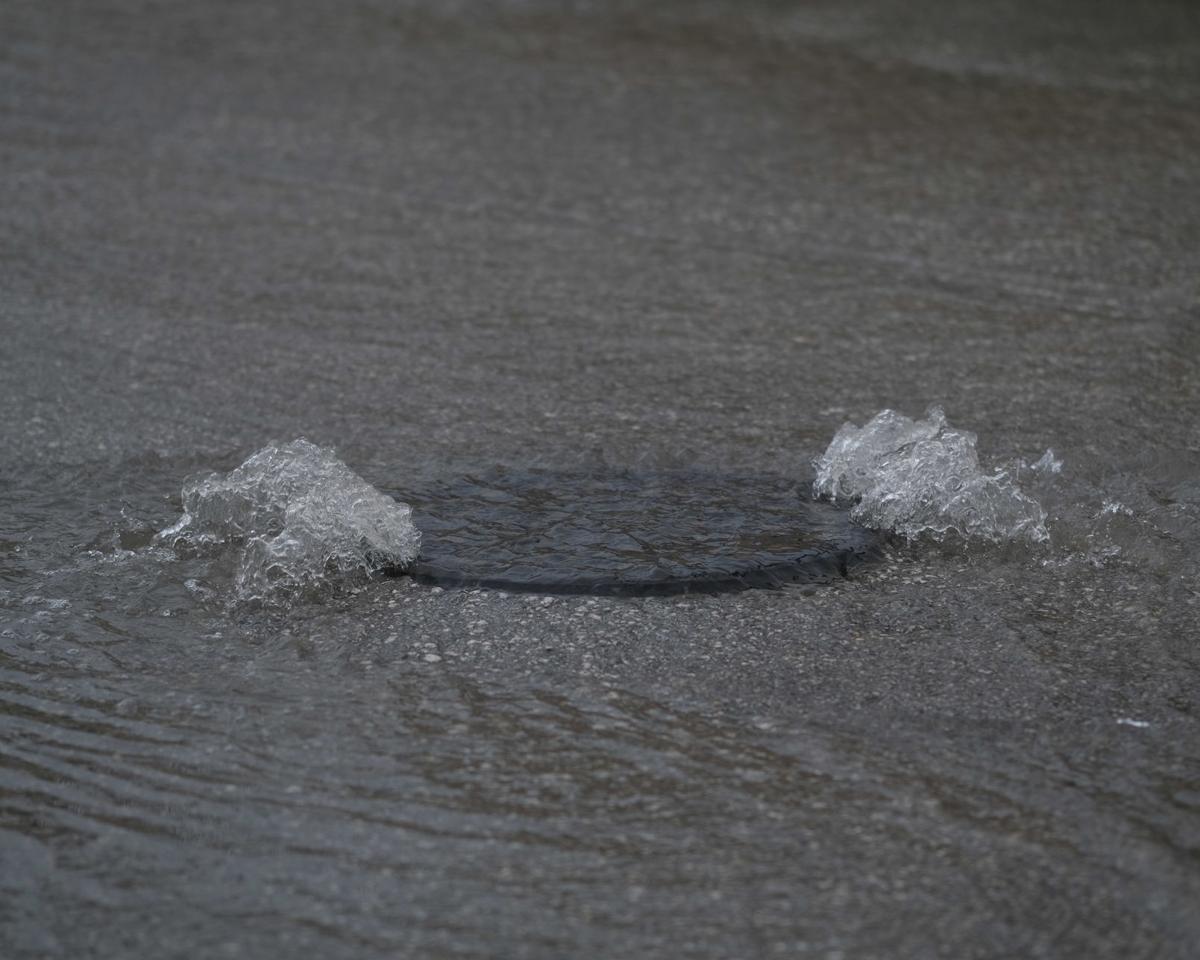 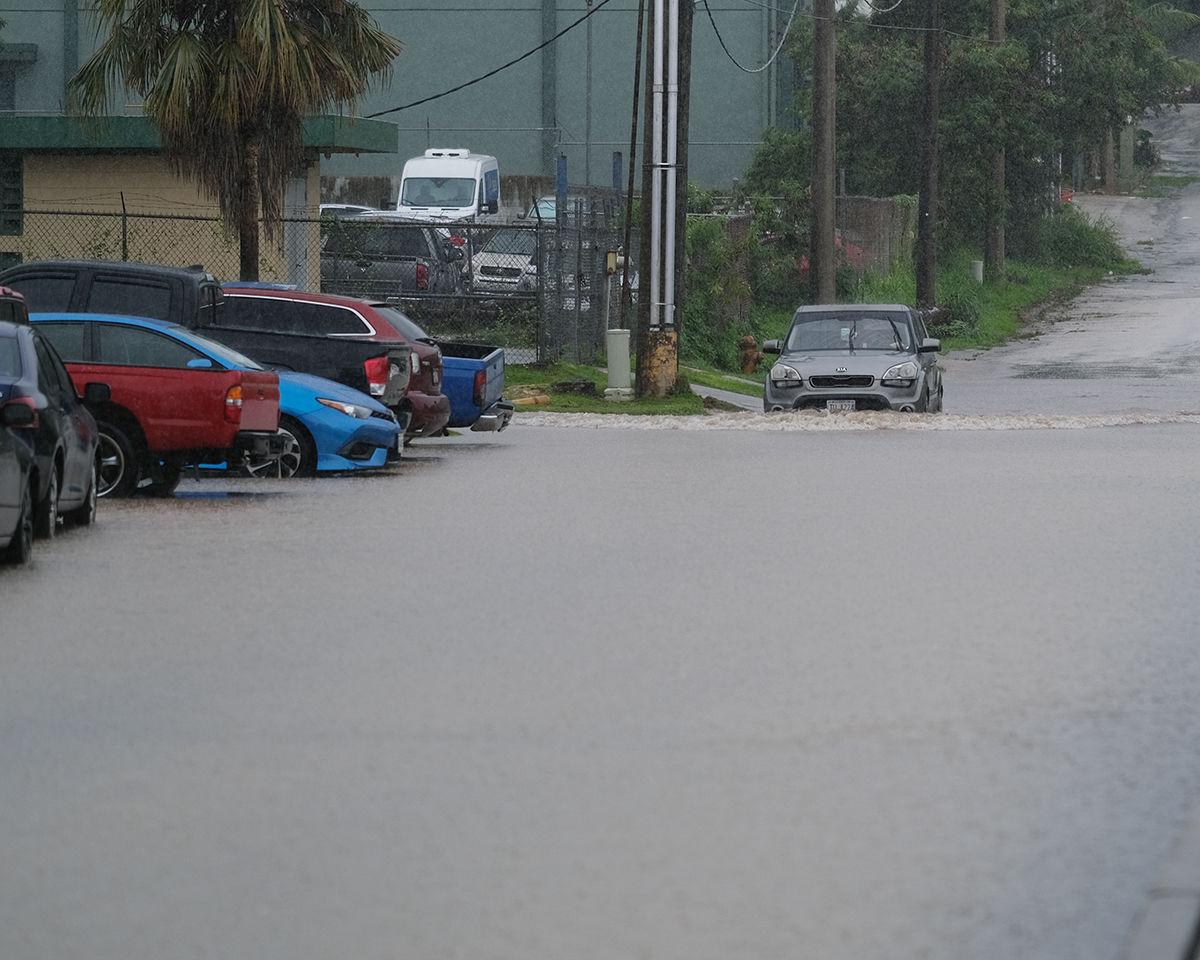 GOING DEEP: During heavy rain, navigating the large puddles on Rojas Street in Harmon can be treacherous for compact cars, as the water can be higher than the lowest part of the front bumper. Norman M. Taruc/The Guam Daily Post

FLOOD: A Harmon resident shared this photo in which students navigate through a flooded road and an overflowing manhole Monday afternoon. Contributed photo

GOING DEEP: During heavy rain, navigating the large puddles on Rojas Street in Harmon can be treacherous for compact cars, as the water can be higher than the lowest part of the front bumper. Norman M. Taruc/The Guam Daily Post

When the rain poured again on Monday, residents had to walk through flooded streets in the area dubbed the "Harmon sink." Schoolchildren who were dropped off by a school bus nearby navigated the flooded street, unaware of the health peril as they walked close to a manhole cover that bubbled up with muddy, stinky water.

This problem has been brought to the attention of the Department of Public Works since last year.

And on Sept. 4, a letter, supported with signatures of dozens of residents, was sent to DPW, and the Guam Environmental Protection Agency was copied, explaining that the flooding has been exacerbated by nearby buildings' and concrete yards' rainwater runoff emptying into the low-lying Rojas Street where some of the students and their families live.

Christy Olchondra, a tenant in one of the affected buildings, and a sales manager for a business, said she has seen napkins and female sanitary products floating in the water.

“It’s gross, actually,” Olchondra said. She said her car has almost gotten stuck in the water before and customers have complained that they cannot get into her businesses parking lot due to the flooding.

Olchondra has worked in the building since 2007. “It’s been like that since we moved in,” she said.

Wayne Kilgore, owner of Guam Automotive Clinic on Rojas Street, has been in the area for two years.

“It can rain a little or it can rain a lot and it floods down there. The water smells really bad, like backed-up sewage. It’s not just rainwater,” he said. The Guam Waterworks Authority has denied the flooding had to do with wastewater overflow.

Kilgore, too, is concerned about the children wading through the water.

“It’s not really sanitary for them,” Kilgore said.

Kilgore said he thinks businesses need to control their runoff. He said one particular business in the area has rainwater flowing like a waterfall and emptying into the street.

Area residents were told in 2018 that the government does not have the money to fix the problem, a concerned citizen said.

DPW Deputy Director Jesse Garcia said he has forwarded the concerns to the department’s chief engineer who will make an assessment. He said the issue of businesses not having proper water containment falls under the purview of GEPA.

Fixing the problem is difficult, Garcia said, because much of the property in the area is privately owned.

“There is nothing I can do – unless private property owners give us the right of way,” he said.